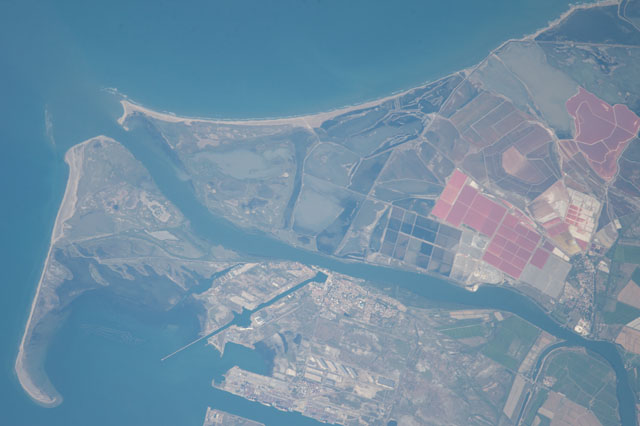 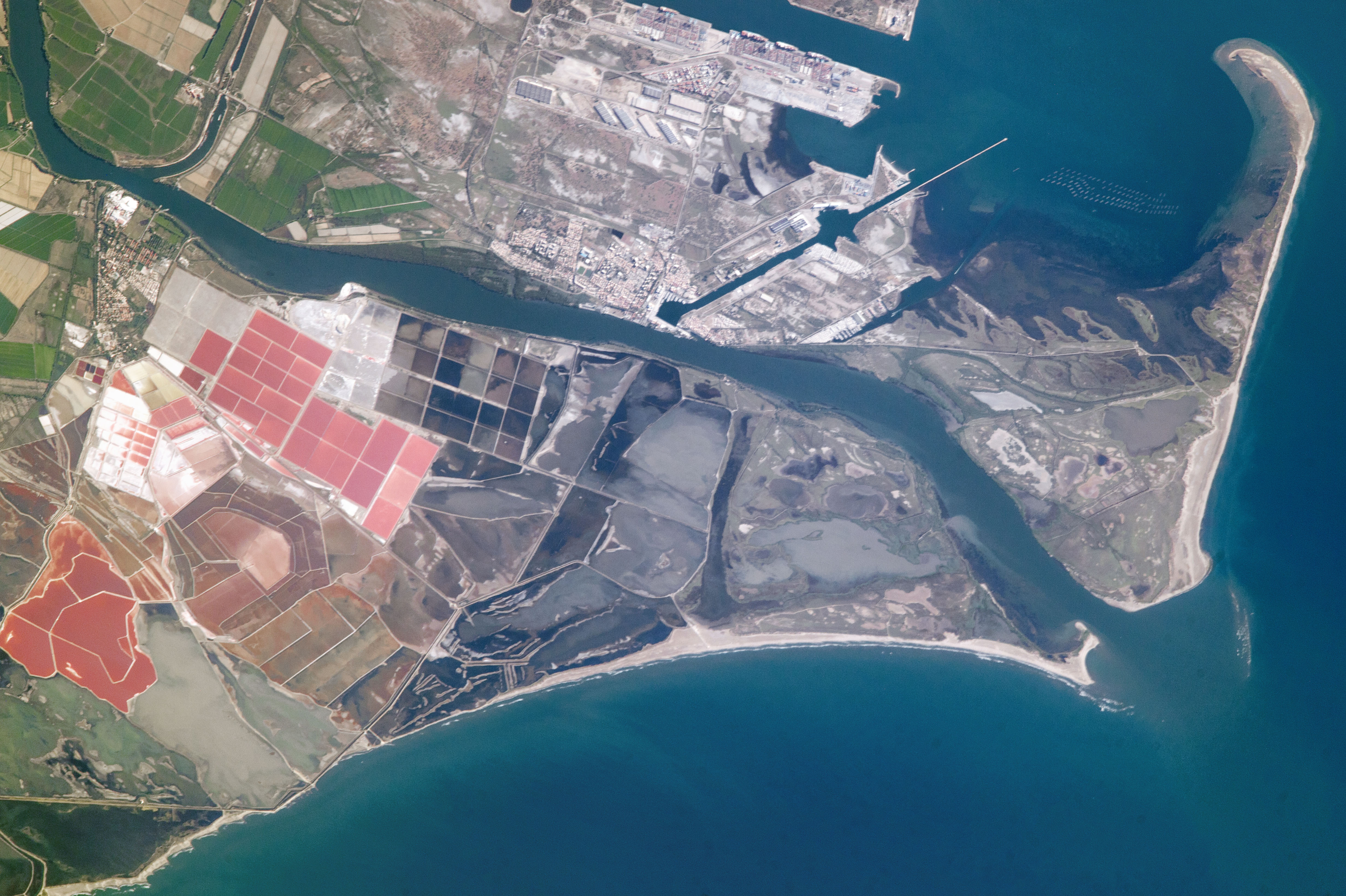 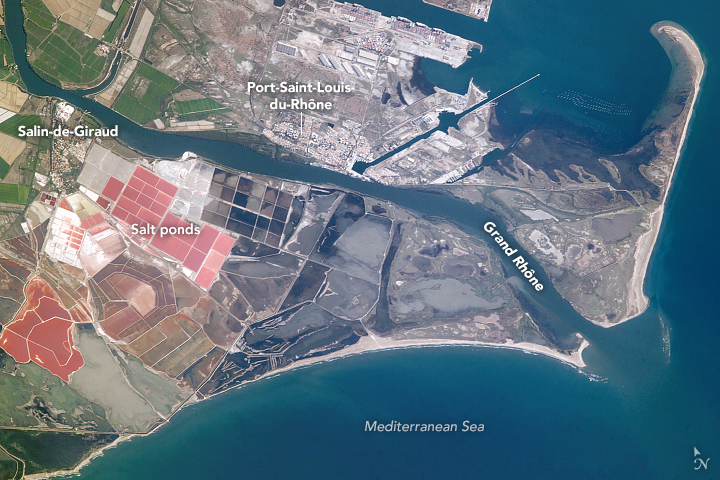 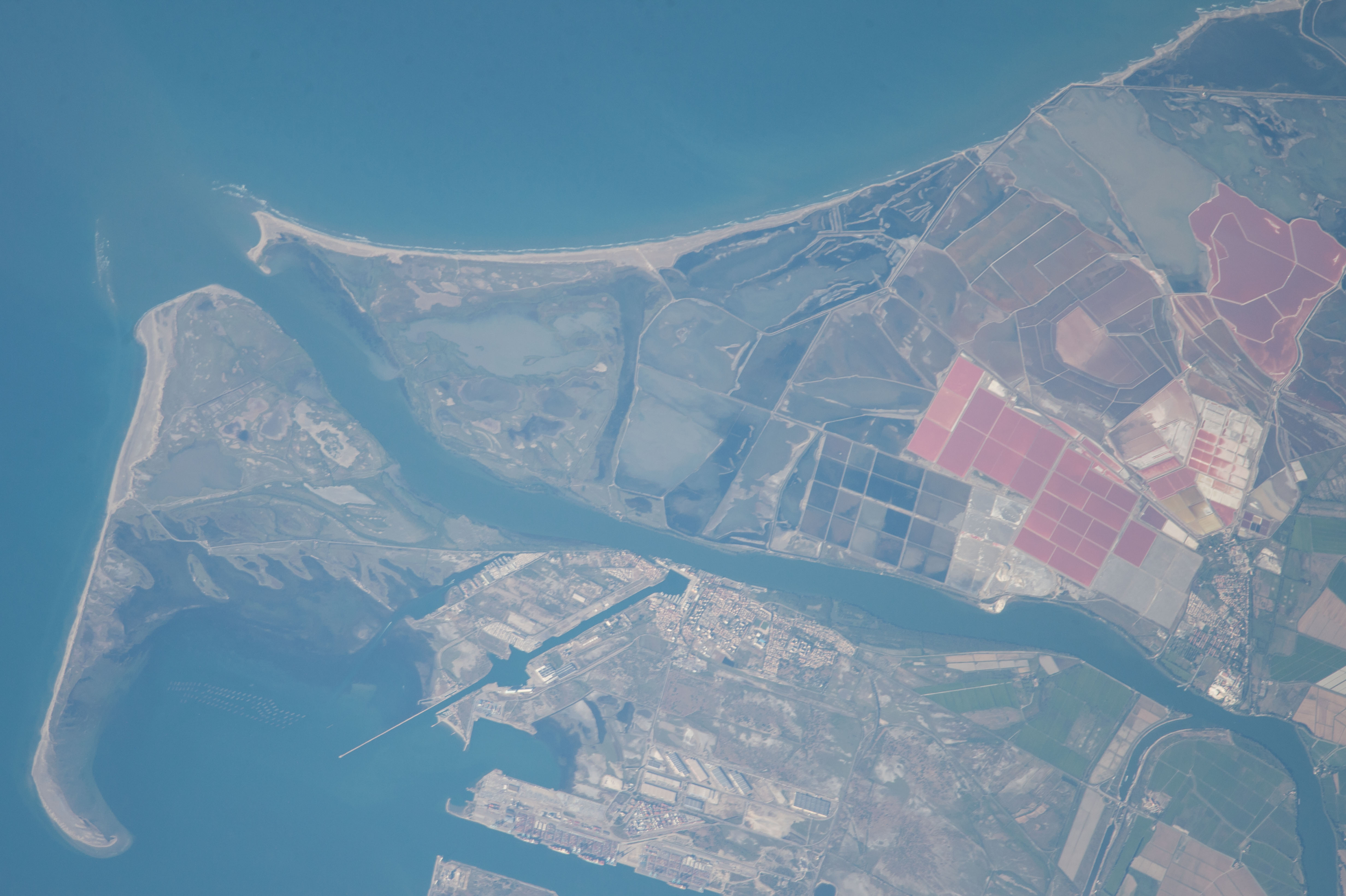 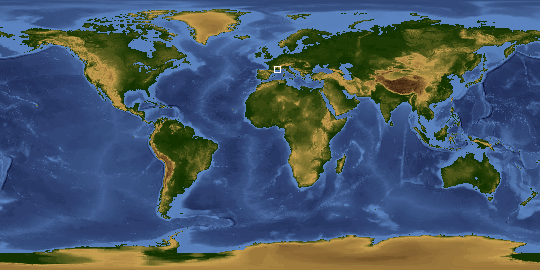 Astronauts aboard the International Space Station focused a camera on the delta of the Rhone River in southern France, with its long beaches on the Mediterranean Sea coast. Using a long lens for detail, the photographer captured a part of the delta where the bigger branch of the river, the "Grand Rhone," enters the sea. The smaller arm of the river is the "Petit Rhone" which is further west and beyond the lower edge of the image. The long beaches are favored by tourists because they are some of the least developed in the Mediterranean.

Numerous lakes are found on the delta. Some have been converted into the colorful, angular salt ponds near the aptly named town Salin-de-Giraud. Salt winning (from evaporation) has been a local industry for centuries.

The Rhone delta is famous in Europe as a wilderness. This mainly rural region boasts a surprisingly rich natural environment known as the Camargue, based on the grasslands and many marsh ponds. The pastures are famous for rearing animals for bull-running sport and the bullfighting rings of Spain. The Camargue is also home to more than 400 species of birds and has been assigned the status of an Important Bird Area. It provides one of the few European sanctuaries for the greater flamingo.

Unlike the mouths of most large rivers in Europe, the Grand Rhone is not dominated by a major city. The small Port-Saint-Louis-du-Rhone (population roughly 8,500) is a port annex of the major city of Marseille, which is 50 kilometers to the east.