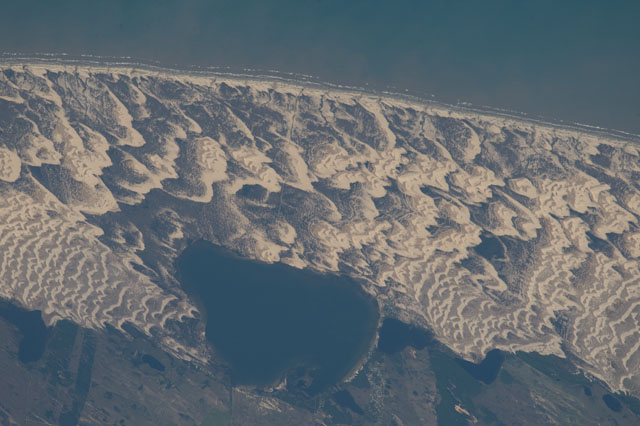 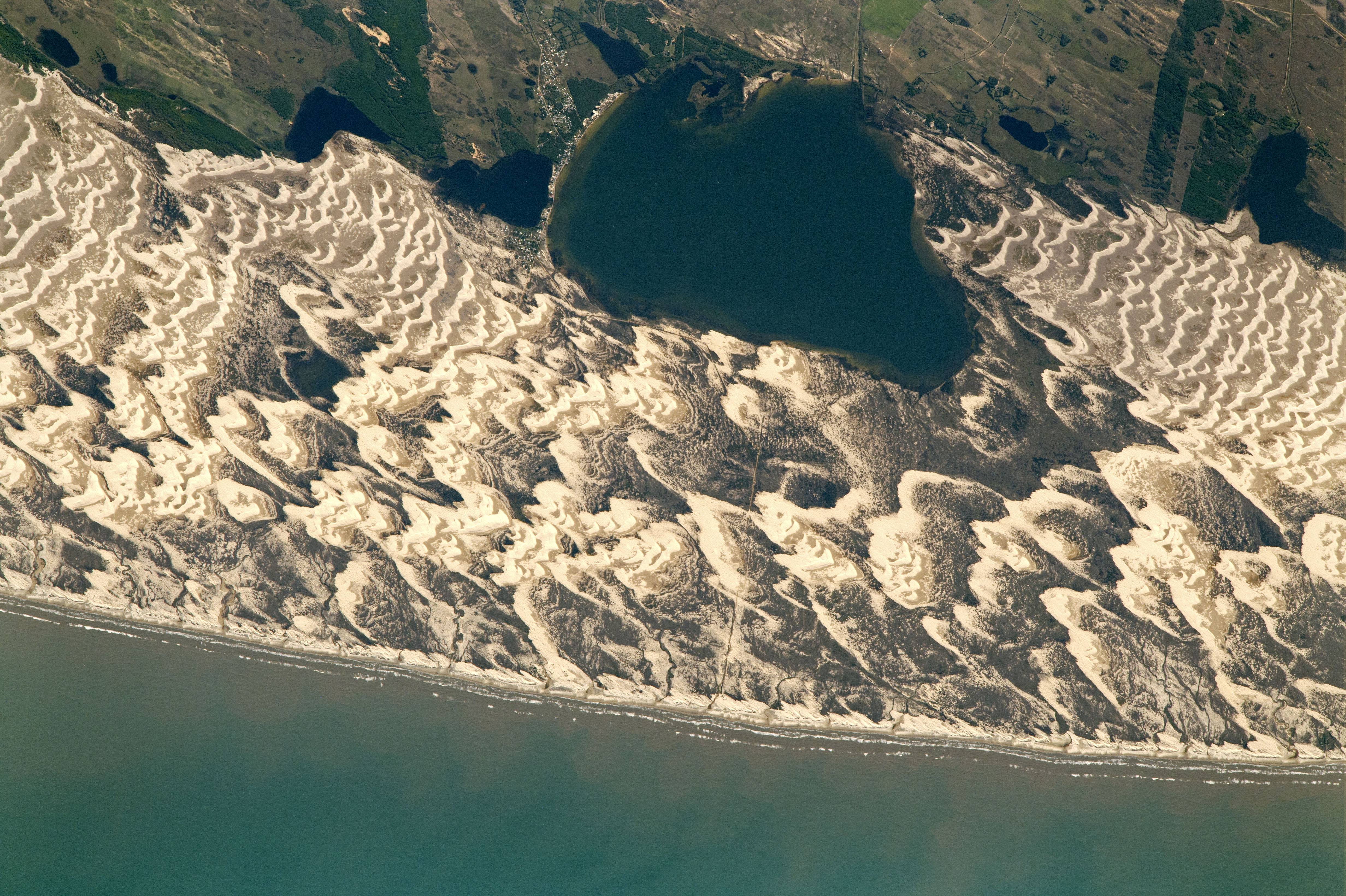 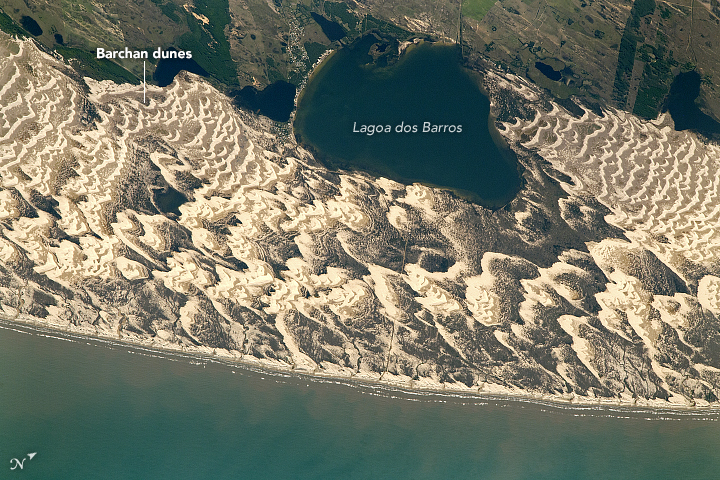 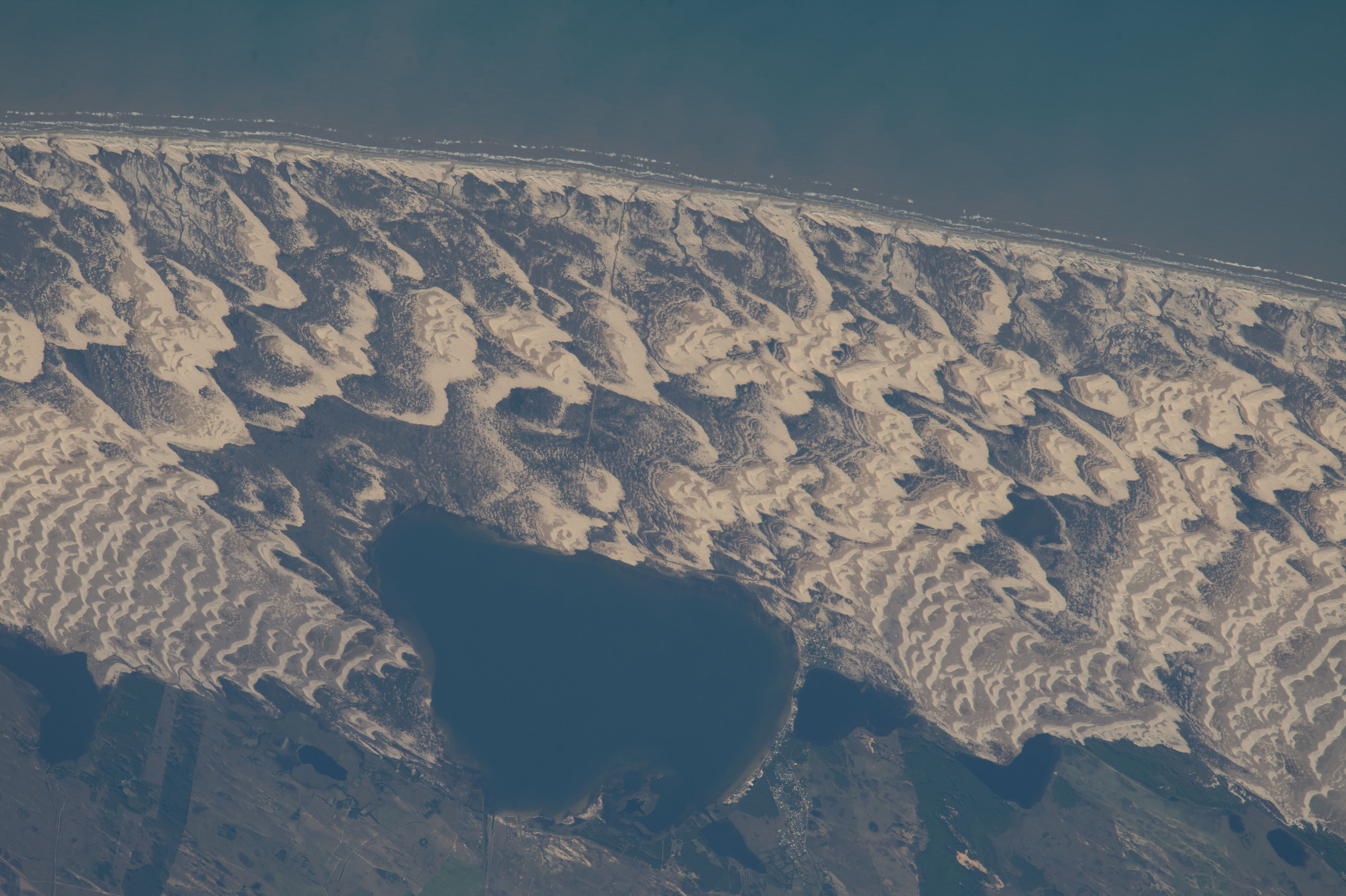 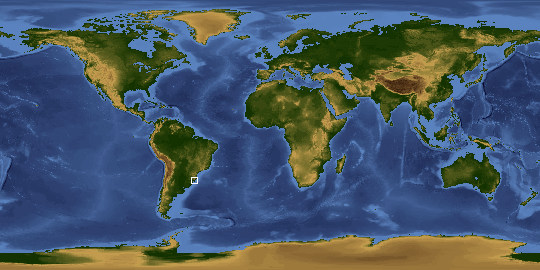 An astronaut aboard the International Space Station captured this photograph of Lagoa dos Barros and crescent-shaped barchan dunes on the Atlantic coastline of southern Brazil. Lagoa dos Barros is approximately 4.5 kilometers (2.8 mile) long. The lagoons along the Brazilian coast formed around 400,000 years ago as part of the cyclic rise and fall of sea level - known to geologists as the transgression-regression cycle. The formation of Lagoa dos Barros is similar to what occurred alongside Lagoa Mirim, 340 kilometers to the south-southwest.

Strong winds blowing in from the Western Atlantic sculpt the sand along the coast into distinctive crescent shapes. Multiple dunes have overlapped and coalesced to form dune fields, with prominent examples visible to the northeast and southwest of the lake. The tips of barchan dunes point downwind, indicating the prevailing wind direction. These fragile formations act as barriers keeping the wind and waves from penetrating inland, blunting the effect of storms and minimizing coastal erosion.