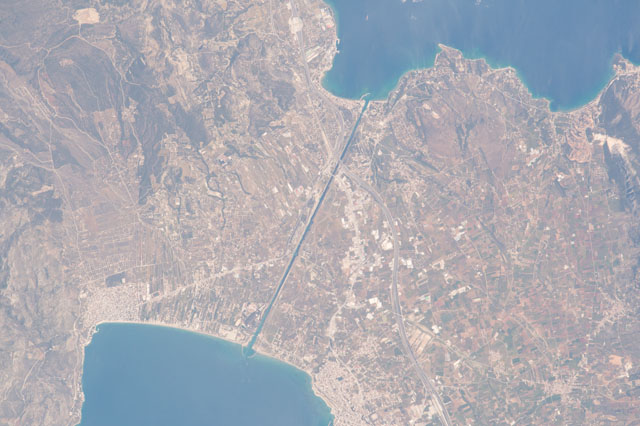 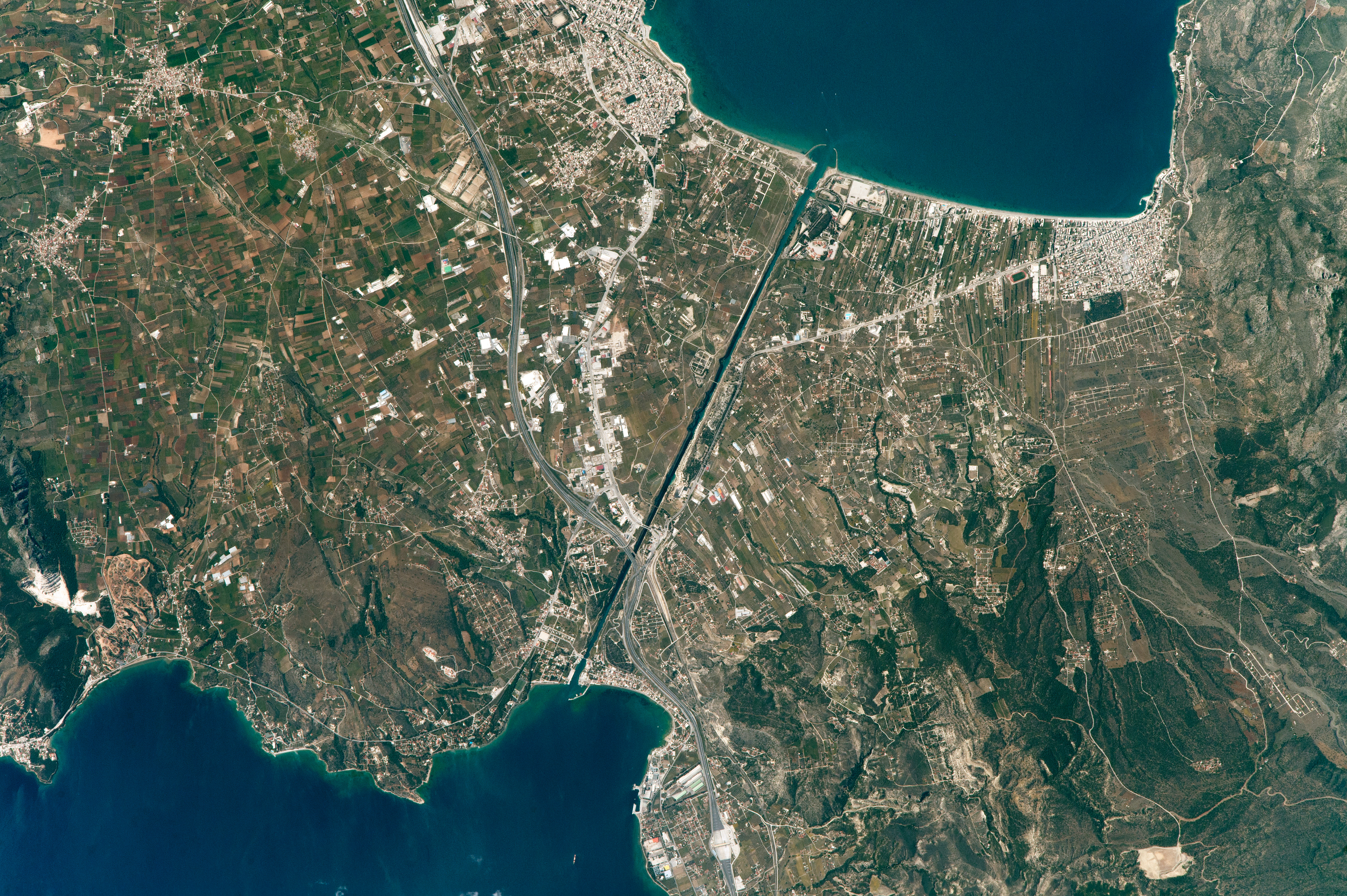 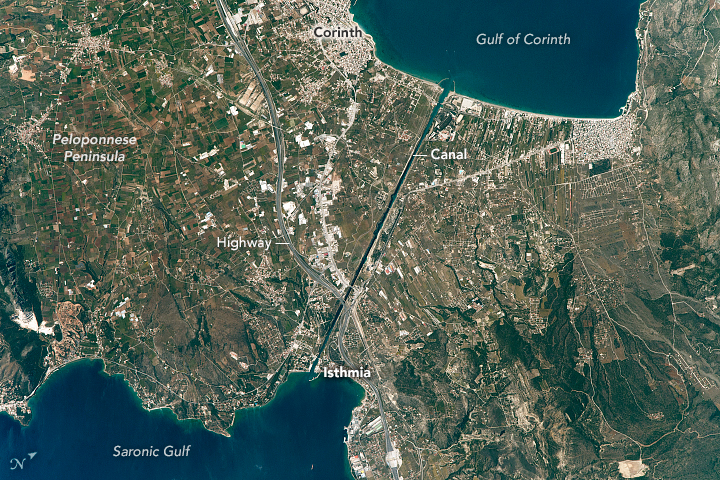 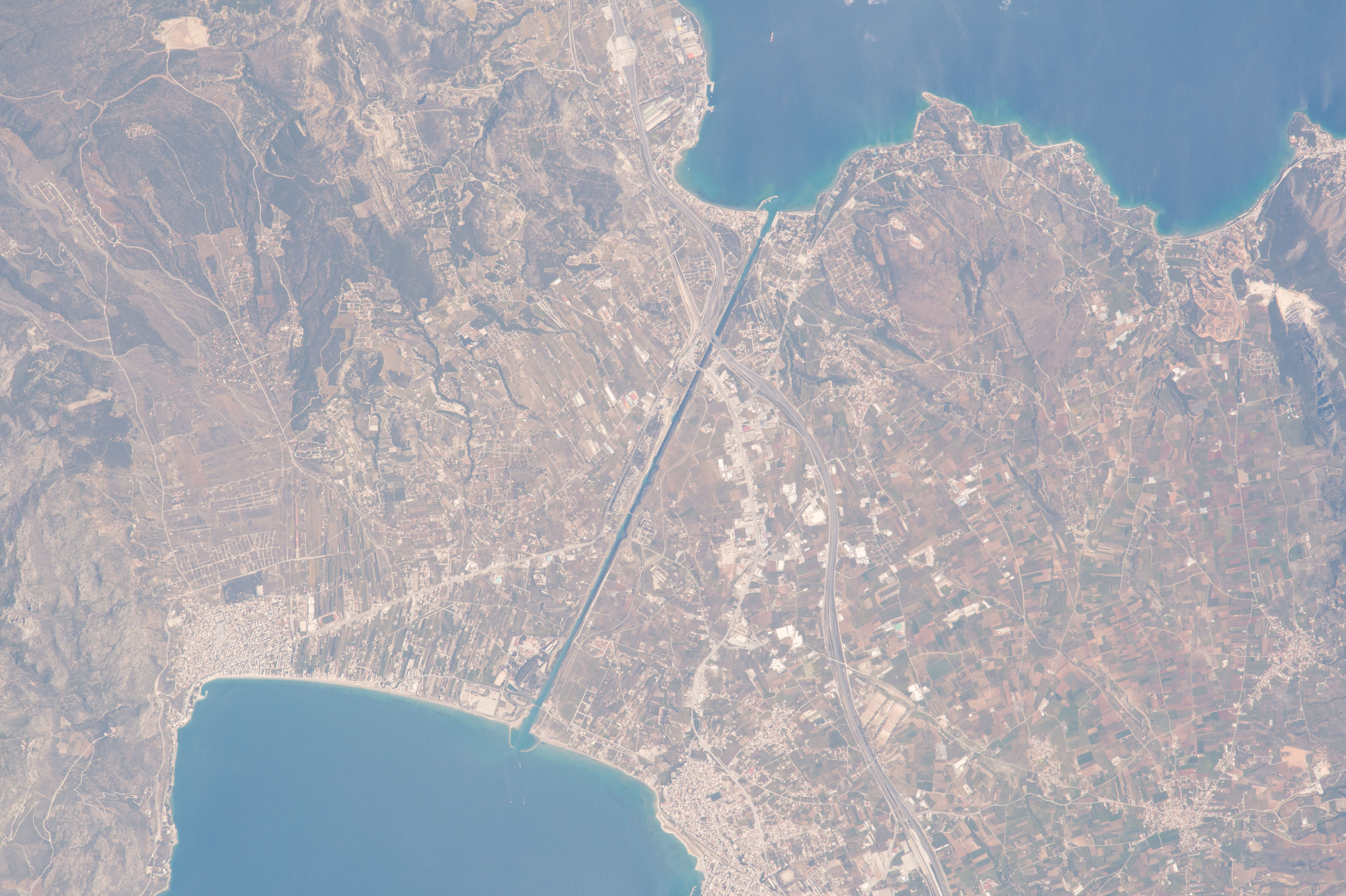 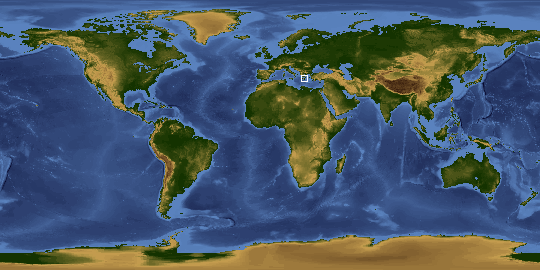 This photograph, taken by an astronaut aboard the International Space Station, shows the straight line of the Corinth Canal as it crosses a narrow isthmus between mainland Greece (right) and the Peloponnese Peninsula. The canal cuts through the narrowest part of the isthmus of Corinth. The towns of Corinth and Isthmia stand near the west and east ends (north is to the upper right). Near the center of the image, a highway crosses the canal and connects Athens to the Peloponnese.

Twenty-six hundred years ago, the ruler of Corinth - Periander - proposed digging a canal to connect the central Mediterranean Sea (via the Gulf of Corinth) to the Aegean Sea (via the Saronic Gulf). The goal was to save ships from the dangerous 700-kilometer voyage around the ragged coastline of the peninsula. But the canal was still too ambitious a digging project and construction was not started.

Not Julius Caesar, nor the Roman Emperors Caligula or Nero, were able to complete their plans for this ambitious project. The Venetians laid plans to dig the canal in the late 1600s but they never started it. In lieu of a water passage, boats have been hauled overland for centuries on a portage created by Periander. It runs roughly along the line of the modern canal.

Construction of the modern Corinth Canal - which is 6.4 kilometers long (4 miles) - was started in 1882 and completed by 1893. The canal is narrow (only 21.3 meters, or 70 feet), making many ships too wide for it. Landslides from the steep walls have occasionally blocked the canal, while channeled winds and tides also can make navigation difficult.