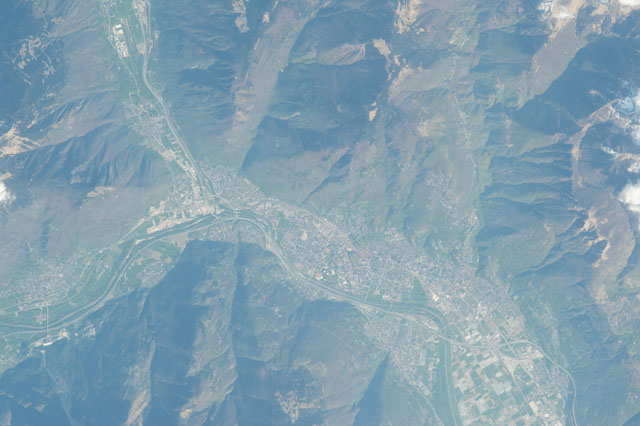 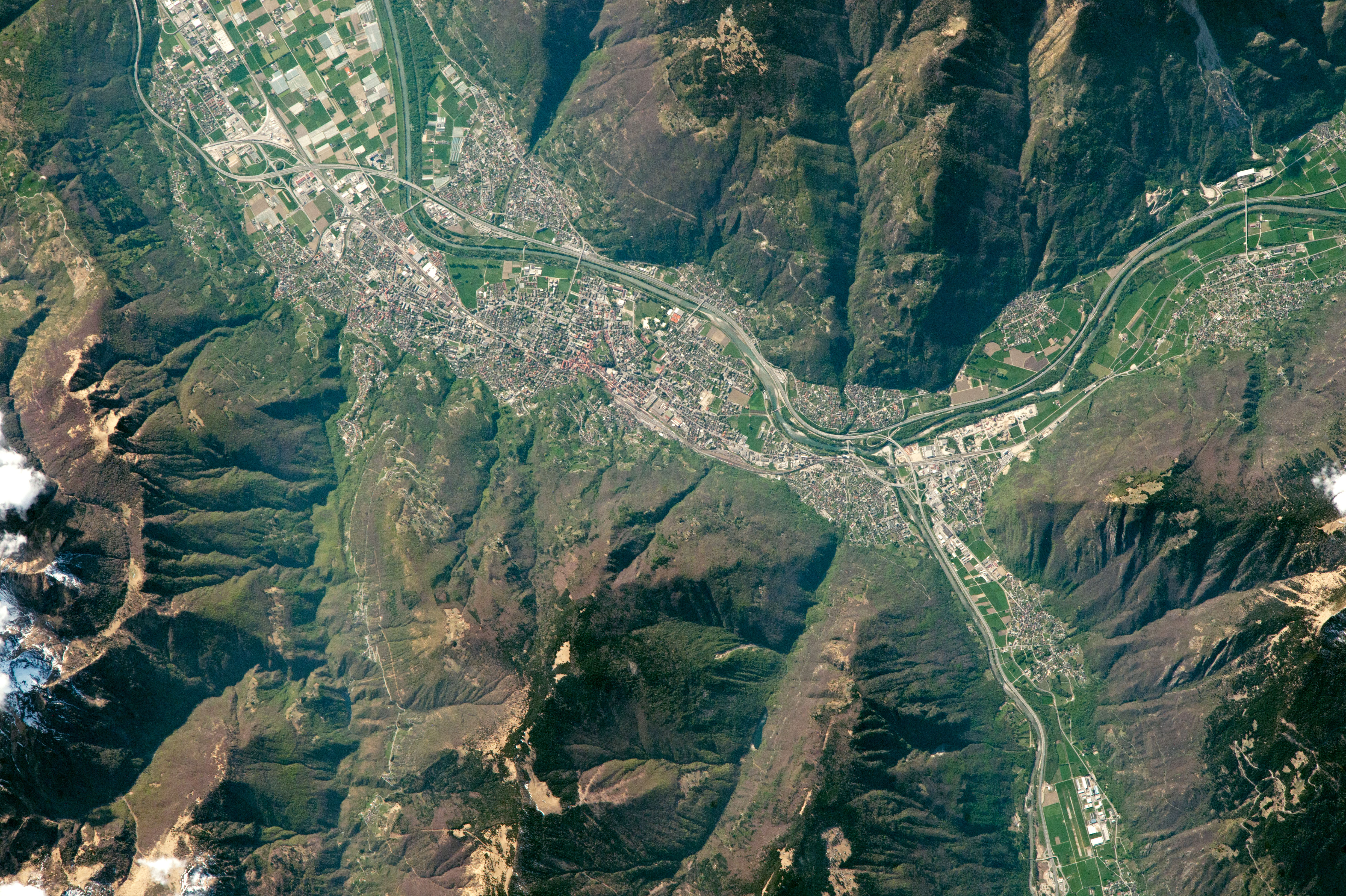 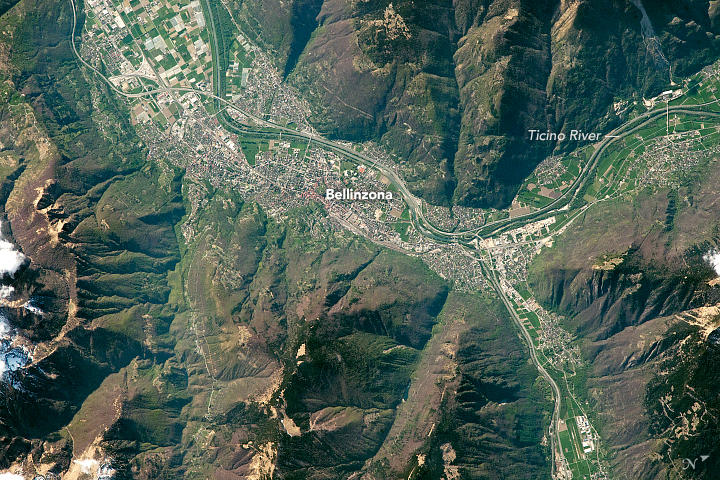 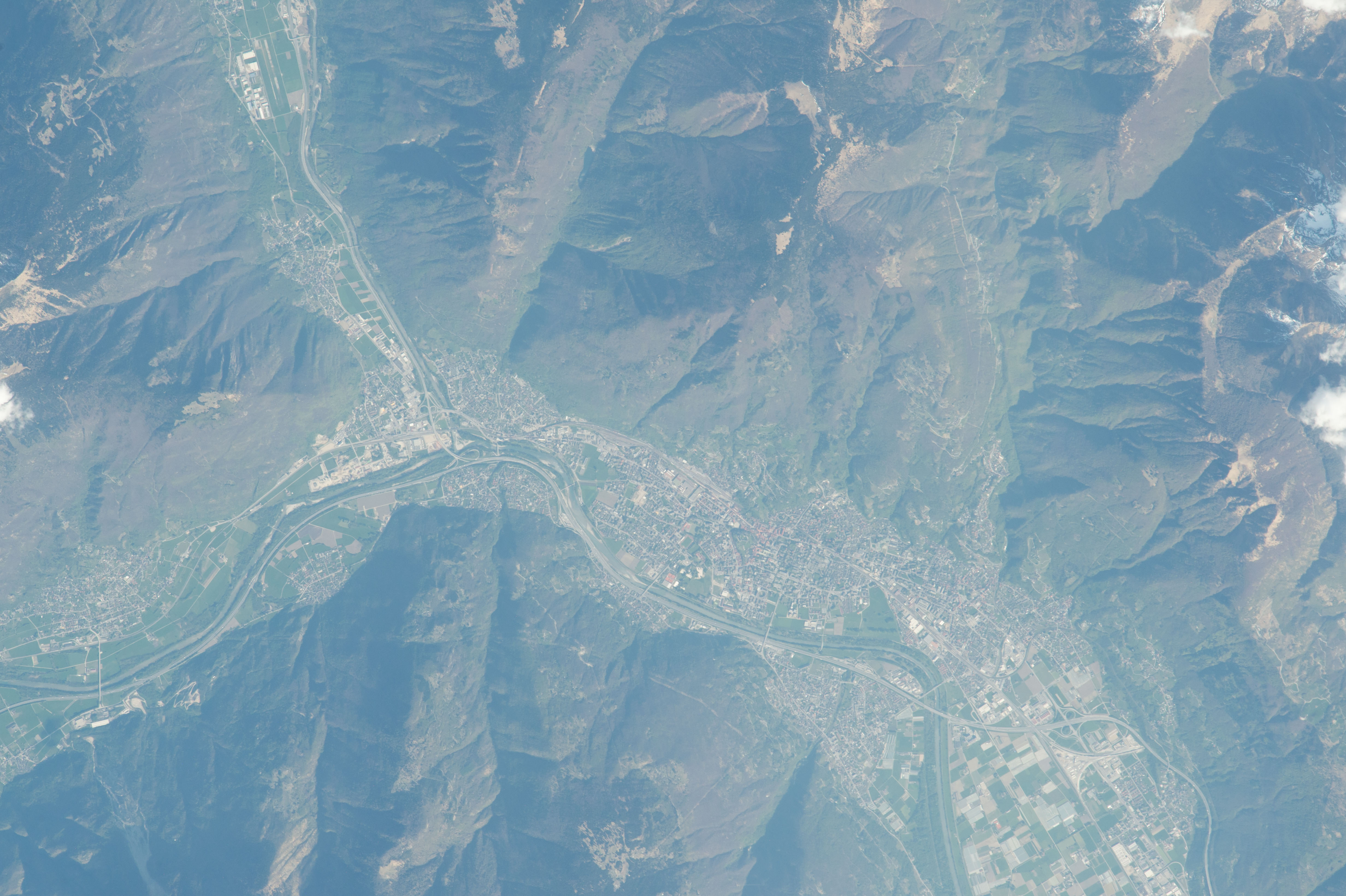 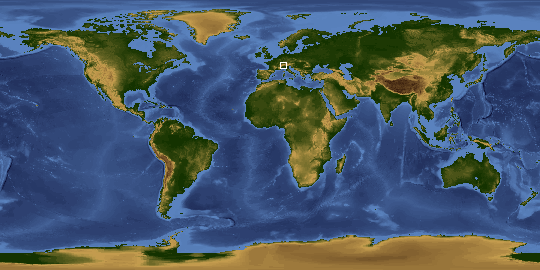 An astronaut aboard the International Space Station took this photograph of the Ticino River as it winds through Bellinzona Commune in the Lepontine Alps, Switzerland. The afternoon sunlight highlights the western mountain faces and contrasts with the mountain shadows, creating image depth and dimension.

Settlements like this one are typical of the Alpine foothills because of the flat land in the valley. Bellinzona City is the capital of Canton Ticino, the Italian-speaking region of Switzerland. The Ticino River empties into Lake Maggiore, the largest lake in southern Switzerland, approximately 14 kilometers (9 miles) from the city.

Switzerland is a federal state, meaning powers are divided amongst the confederation, cantons, and communes. The communes are the smallest political entity, but they have their own parliaments. Communes will sometimes consolidate regulation of schools and welfare, energy supplies, roads, local planning, and local taxation. Prior to 2017, there were at least fifteen communes identifiable in this image. On April 2, 2017, an aggregation combined smaller municipalities into one commune named Bellinzona. Most map annotations do not reflect this recent change. The number of communes in Canton Ticino have been reduced by half in the past eight years.

There are three UNESCO World Heritage sites in Bellinzona: Castelgrande, Montebello, and Sasso Corbaro. A defensive wall (referred to as the murata) links the castles and recalls the Medieval period, when this tactical Alpine pass was protected from outsiders traveling to northern Italy.