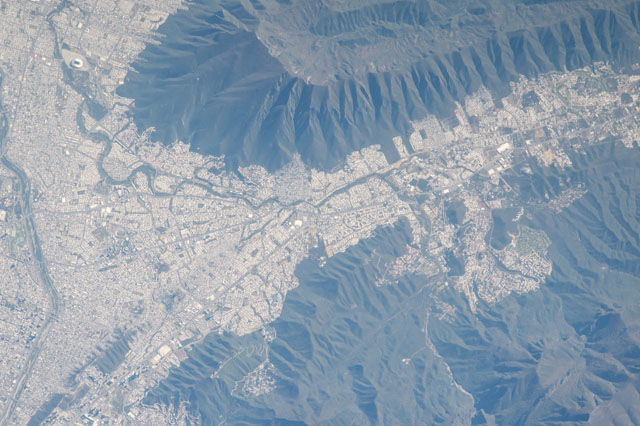 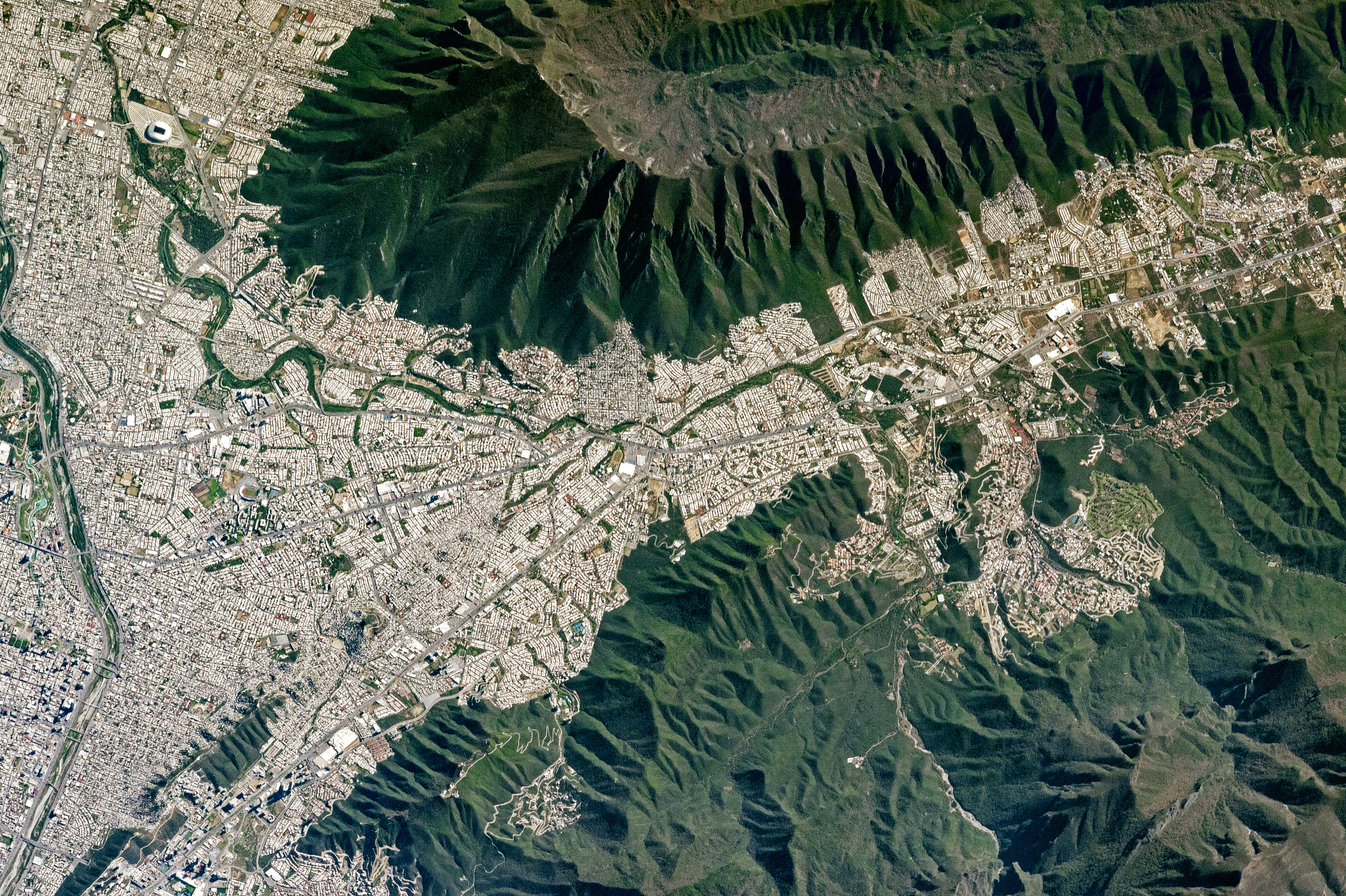 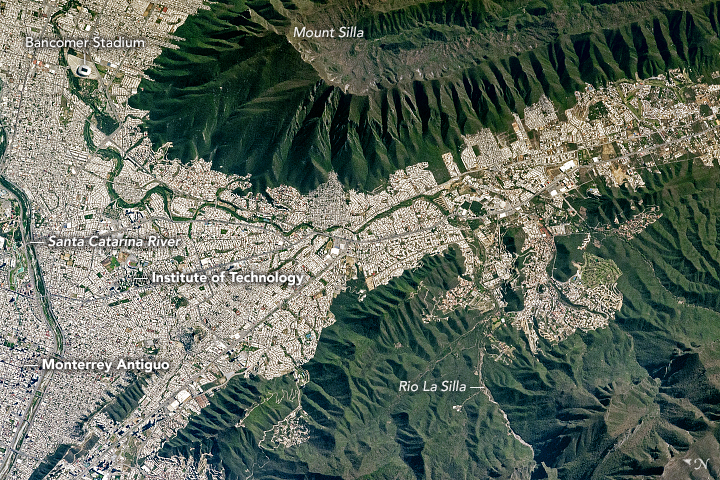 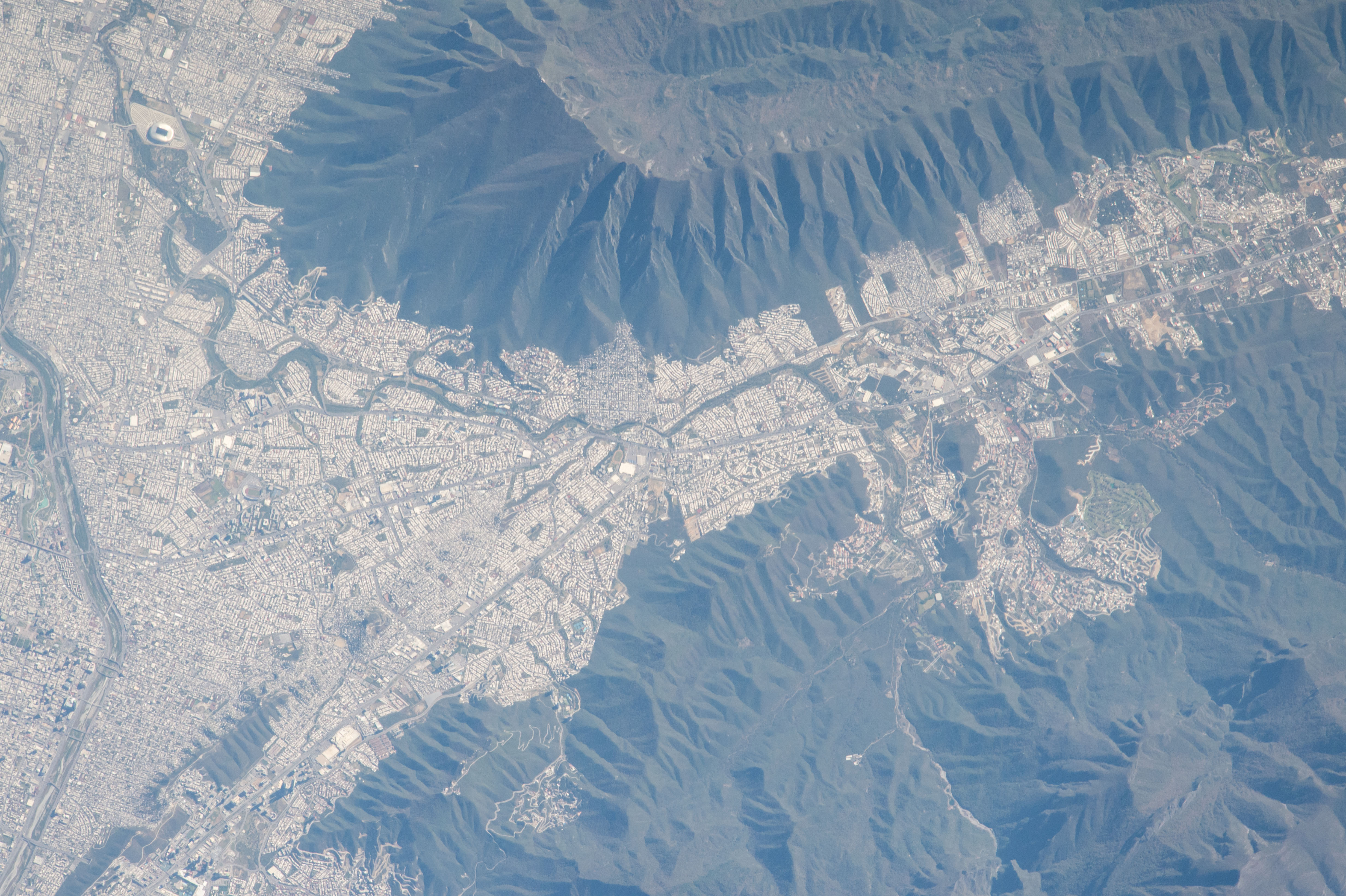 An astronaut aboard the International Space Station captured this view of the southeastern portion of Monterrey, capital of the Mexican state of Nuevo Leon.

Mount Silla - also referred to as Cerro De La Silla or Saddle Hill - is an iconic landscape feature of the region. When viewed from the west, the ridges and peaks resemble a saddle. Mount Silla has been declared a natural monument under the guidelines of the World Commission on Protected Areas. The Monterrey metropolitan area sits 1300 meters (4,200 feet) below the steep, forested flanks of the mountain.

Monterrey straddles several large rivers flowing out of the mountains. The Santa Catarina River cuts through the older parts of the city (such as Monterrey Antiguo). Major highways follow the river to the nearby cities of Guadalupe, San Pedro Garza, and Santa Catarina. Rio La Silla (Chair River) flows from the northern Sierra Madre Oriental mountain range and joins the Santa Catarina just outside the top left corner of the image. The semi-arid climate keeps these rivers dry for much of the year.

Nuevo Leon state is home to the third largest economy in Mexico thanks to Monterrey's extensive manufacturing facilities and infrastructure. The size and reputation of Monterrey was built by the concentration of national and foreign industries; various metal products, chemicals, textiles, plastics, and glass are all made here. The city is also home to the massive Bancomer Stadium and one of Mexico's largest universities, the Monterrey Institute of Technology and Higher Education.