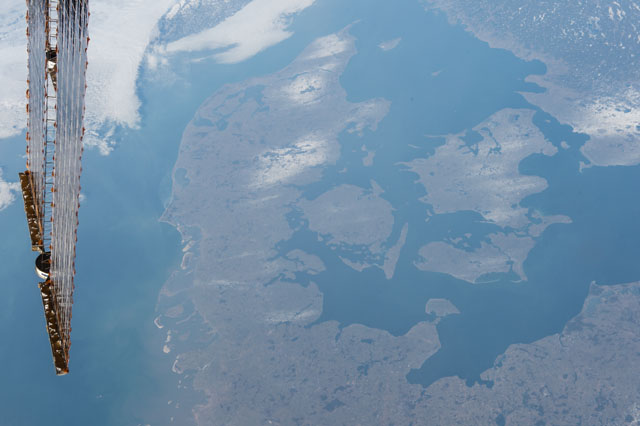 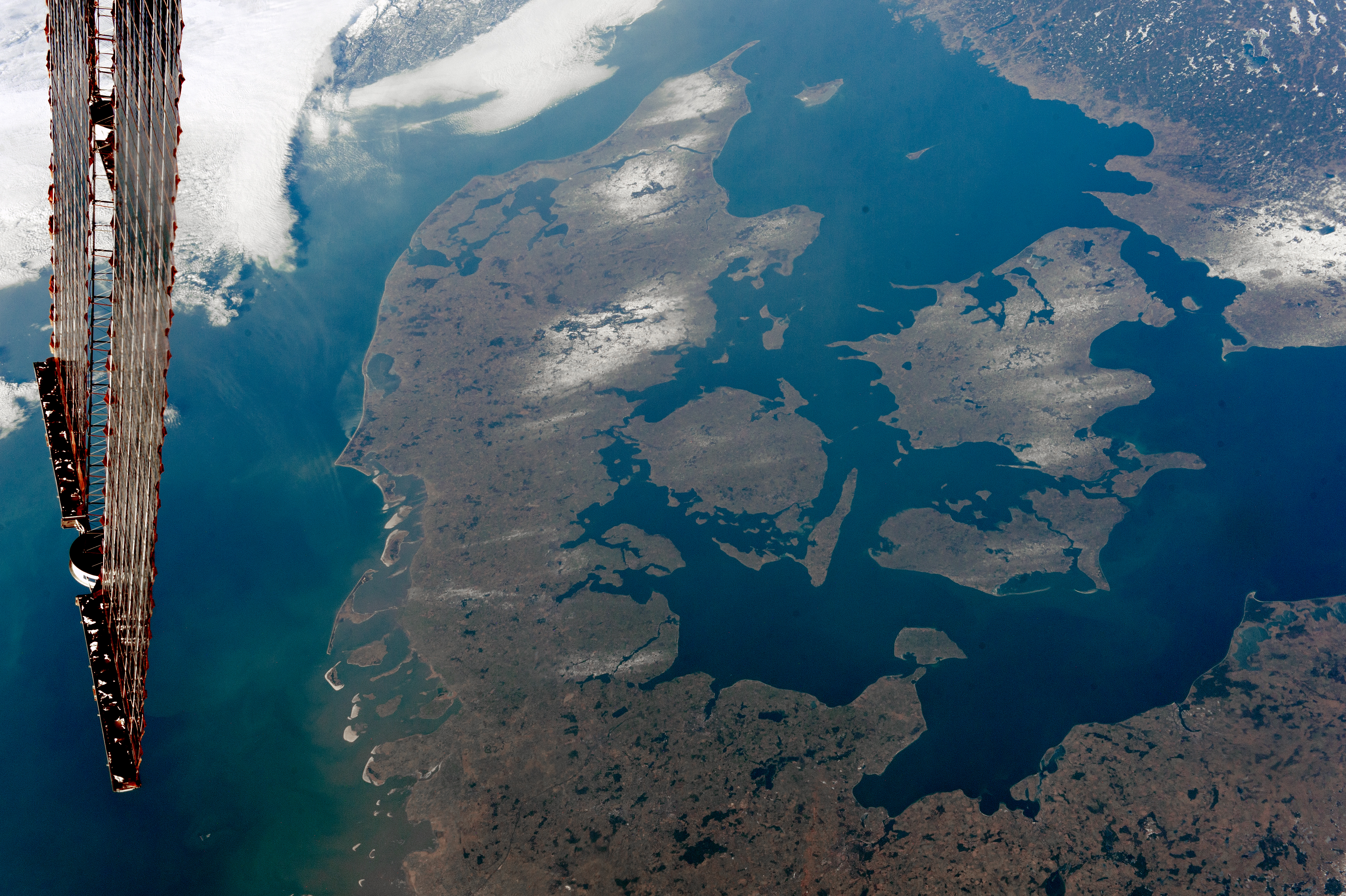 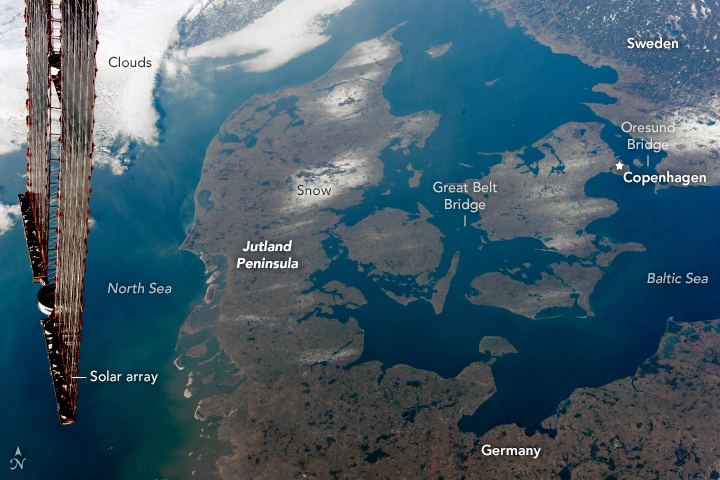 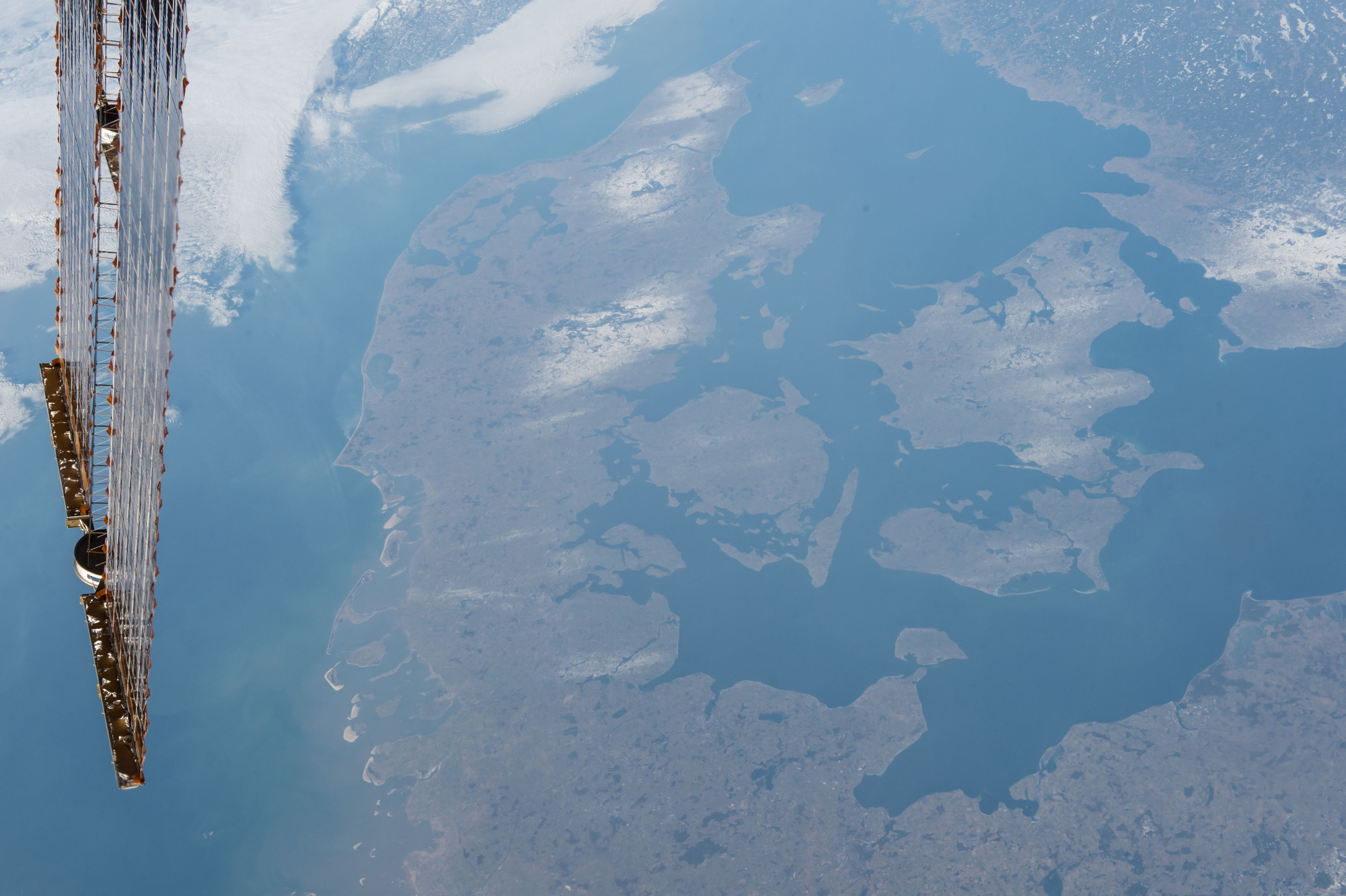 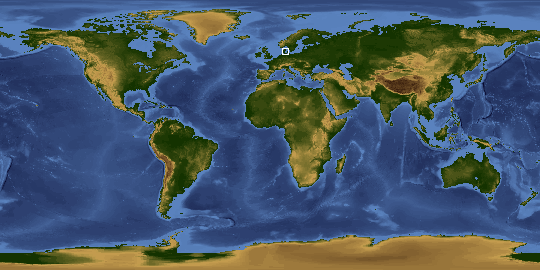 Shot by an astronaut aboard the International Space Station, this oblique photograph shows most of the Kingdom of Denmark. This Nordic country lies between the Baltic Sea to the east and the North Sea to the west. The winding channels that connect the two seas are international waterways known as the Danish Straits.

The long Jutland Peninsula of western Denmark is connected to northern Germany, while the eastern half is comprised mostly of smaller islands in the Danish Archipelago. The larger islands are joined by some of the longest bridges in the world - the Storstrom, the Great Belt, and the Oresund, which joins Denmark to Sweden. The names correspond to the straits between the islands.

During the last Ice Age (referred to as the Pleistocene Epoch), much of northwest Europe was covered with thick glaciers. Glacial deposits and kettle lakes were left behind when the ice retreated. Lowland areas now dominate Denmark, which has a mean elevation of just 34 meters (118 feet) above mean sea level.

Much of the landscape is covered by wetland ecosystems of bogs filled with peat. This decayed plant matter is used as a natural resource in energy production in several northern European countries. Bogs in Europe often contain major archaeological sites, and peat harvesters have stumbled upon ancient human remains that tend to be very well preserved by the highly acidic peat. The most famous Denmark "bog body" is Tollund Man (//www.tollundman.dk), who lived in the 4th century BCE.