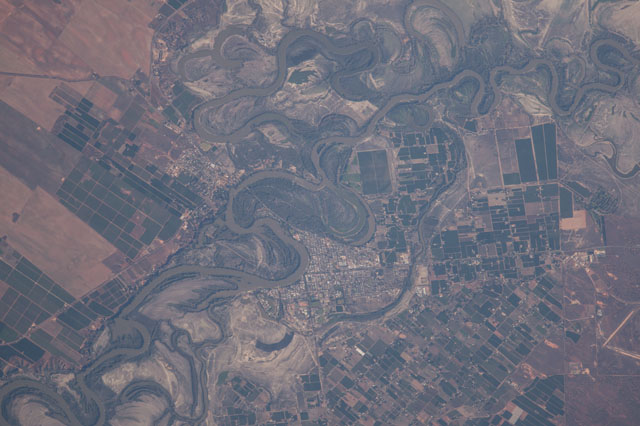 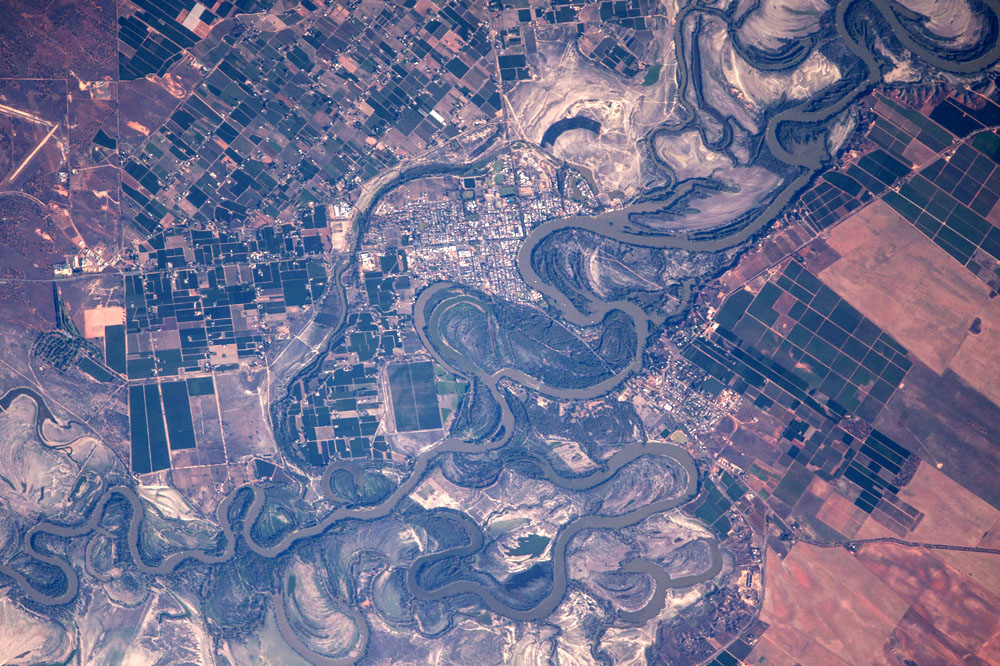 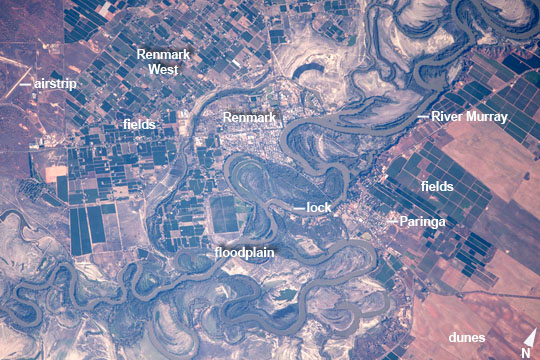 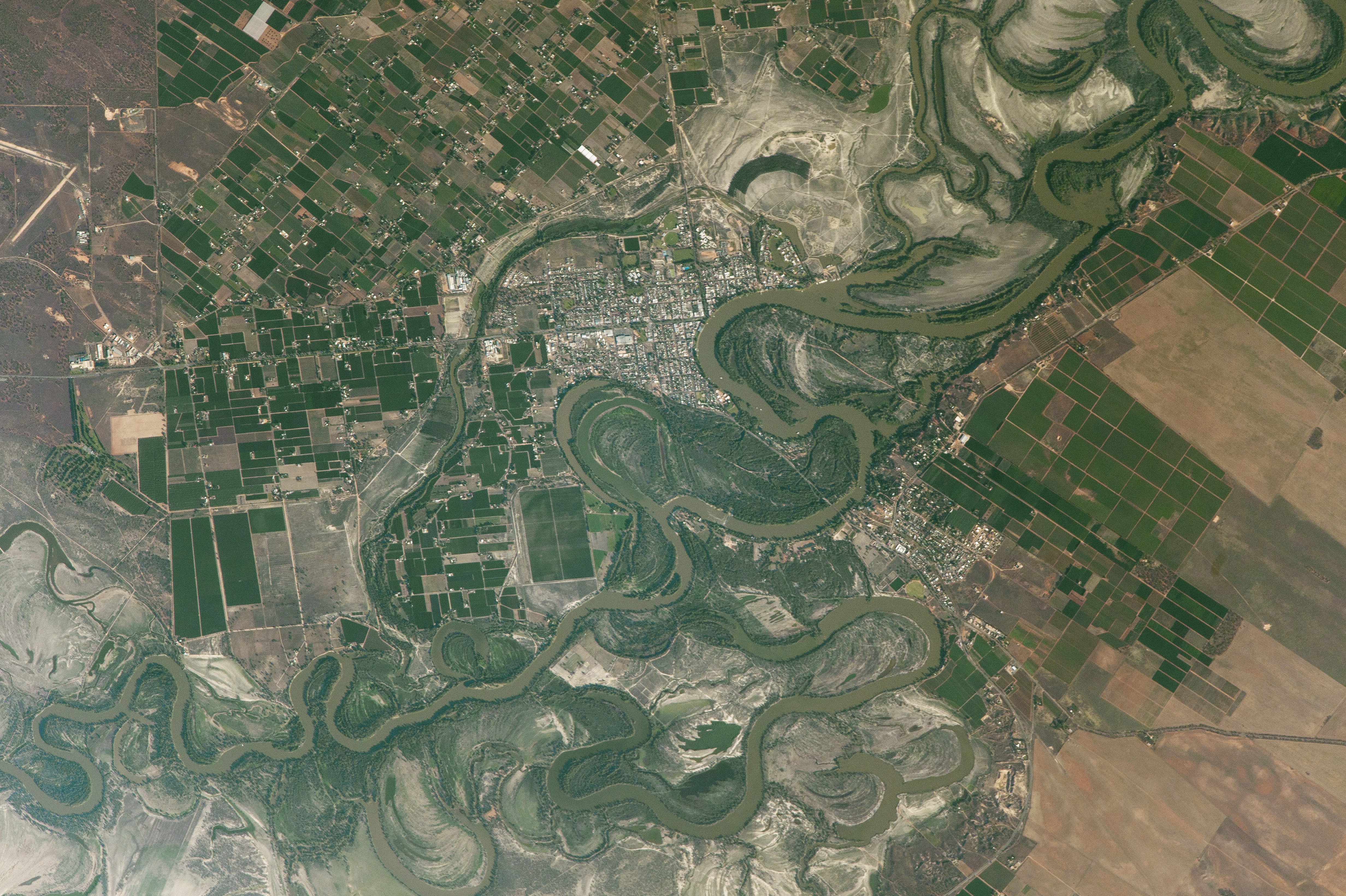 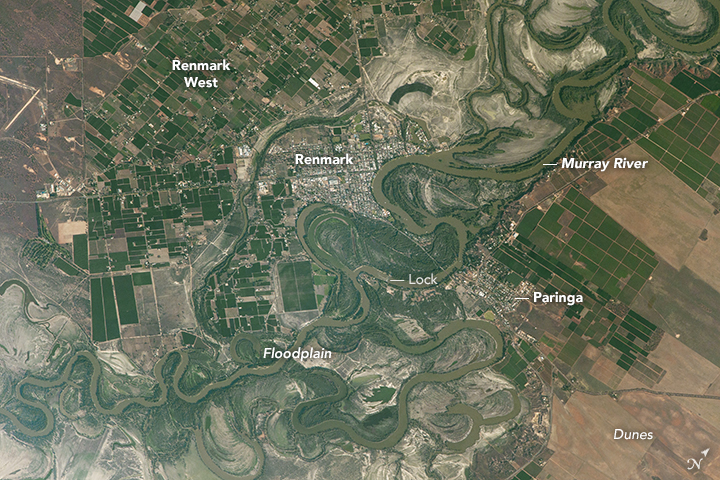 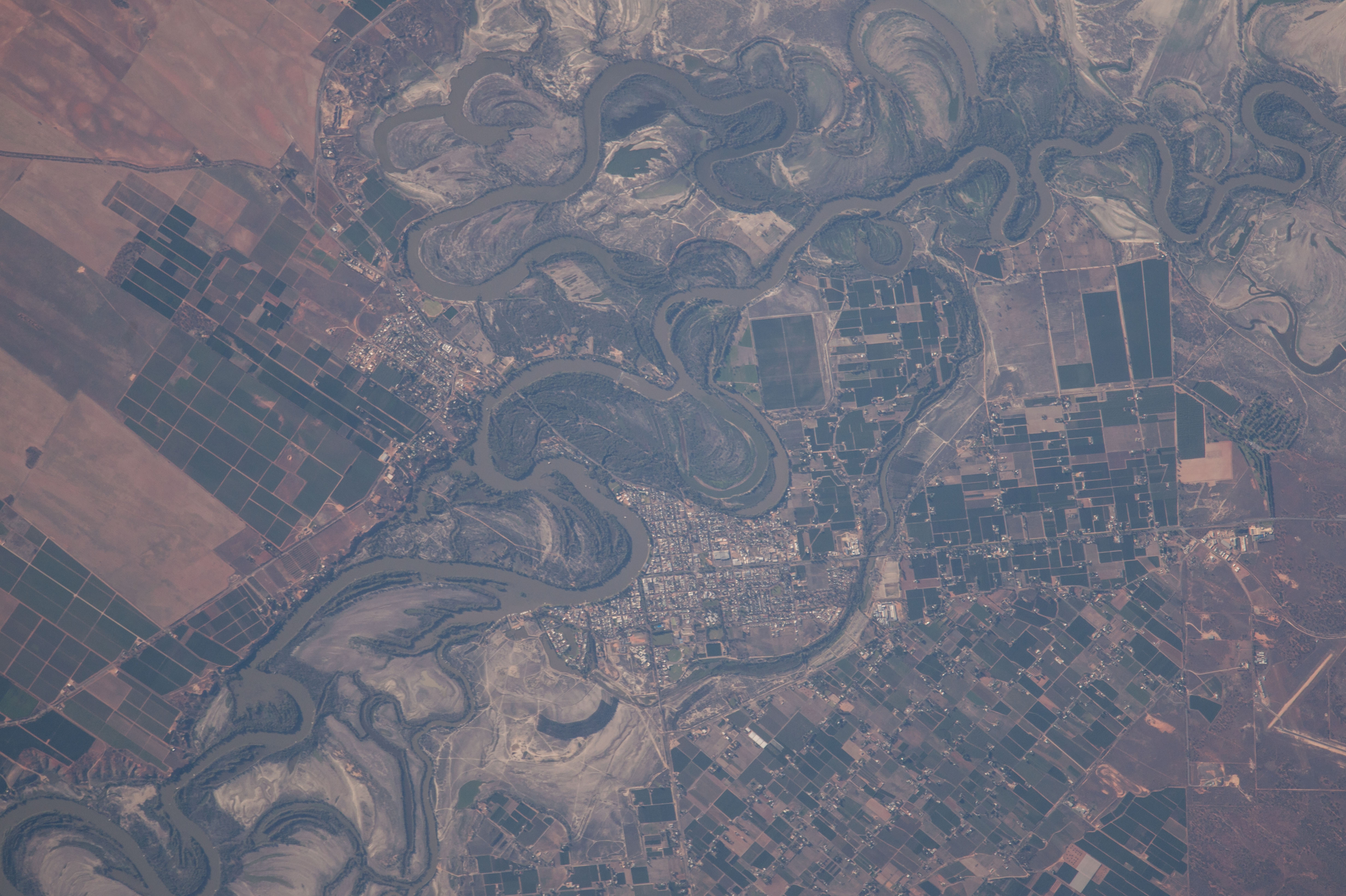 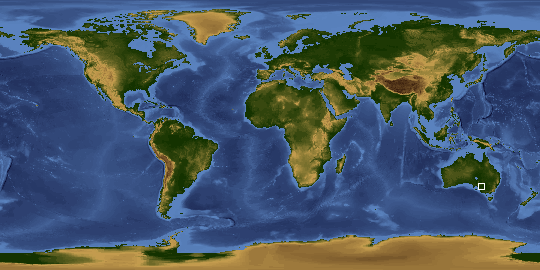 An astronaut aboard the International Space Station captured these detailed photographs of agricultural patterns in the lower River Murray region of South Australia, a region known as the Riverland. Renmark (upper image, at image center) is one of its major towns in a line of many towns in Riverland along more than 100 km (60 miles) of the Murray. The upper image shows the winding course of the Murray in a wide floodplain with numerous small farm plots clustered along its banks. This heavily irrigated country produces more than half of South Australia's famed wine production, and is a mix of grapevines, almond groves, stone fruit orchards (like peaches and apricots), and citrus orchards.

This intensely farmed landscape within reach of river irrigation contrasts with the arid landscape in the lower image, only 20 km south of Renmark. It shows a large dry lake (at image center to lower right) crossed by a winding road, with rounded, ancient dunes south of the settlement of Taldra. The dry lake has been the site for growth trials of a salt-tolerant giant cane crop, as reported by local agriculture officials.


Surrounding the lake is sparser vegetation which allows the underlying tan-colored linear dunes to remain visible from space. The surrounding fields show faint parallel lines that indicate a plowing pattern. These fields are part of a mixed farming agriculture in which crops (mainly wheat and barley) are grown for two years, after which the fields provide pasture for grazing livestock.
The astronaut used a powerful lens which shows details not seen on most astronaut images taken with less powerful lenses. The high resolution version of the upper image shows individual buildings in the small towns of Renmark and Paringa on opposite banks of the River Murray, the bridge joining the towns, and one of the many locks on the river.

Other lakes in the Murray basin (also known as the Murray-Darling basin) are used for agriculture. These lakes and their field patterns make striking patterns that have attracted the attention of astronauts in the past [link to: https://eol.jsc.nasa.gov/Collections/EarthObservatory/articles/MenindeeLakesNewSouthWalesAustralia.htm ; https://eol.jsc.nasa.gov/Collections/EarthObservatory/articles/Lake_Tandou,New_South_Wales,Australia.htm ].