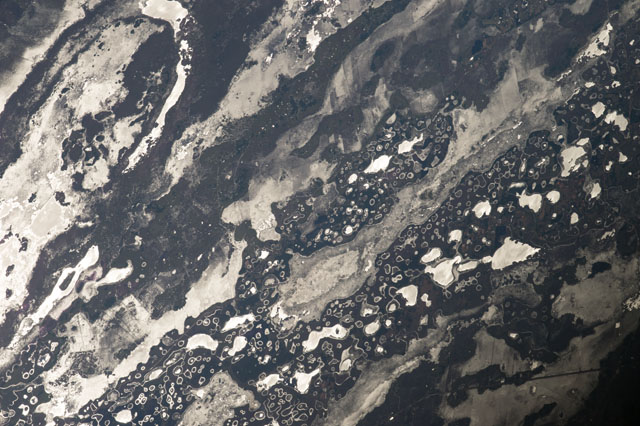 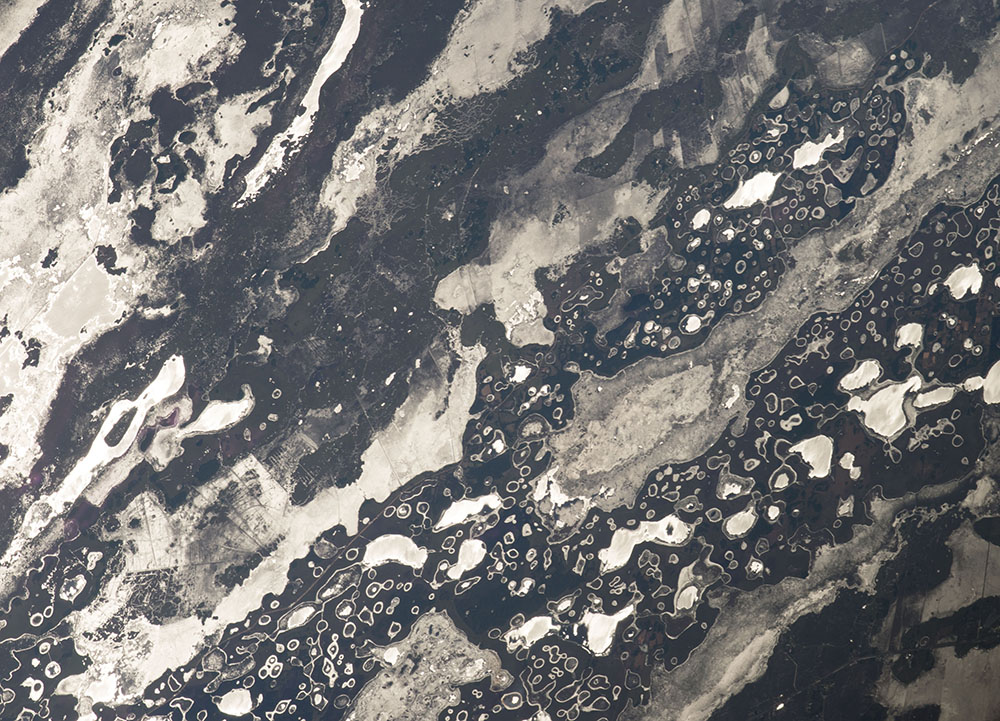 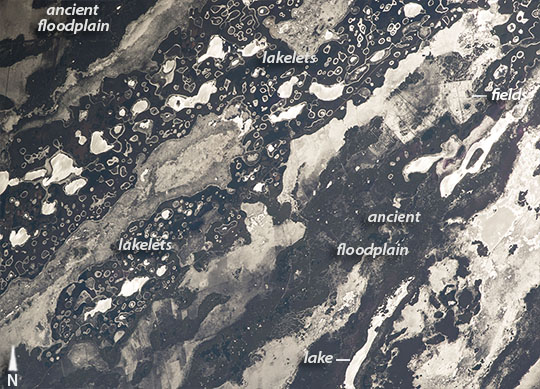 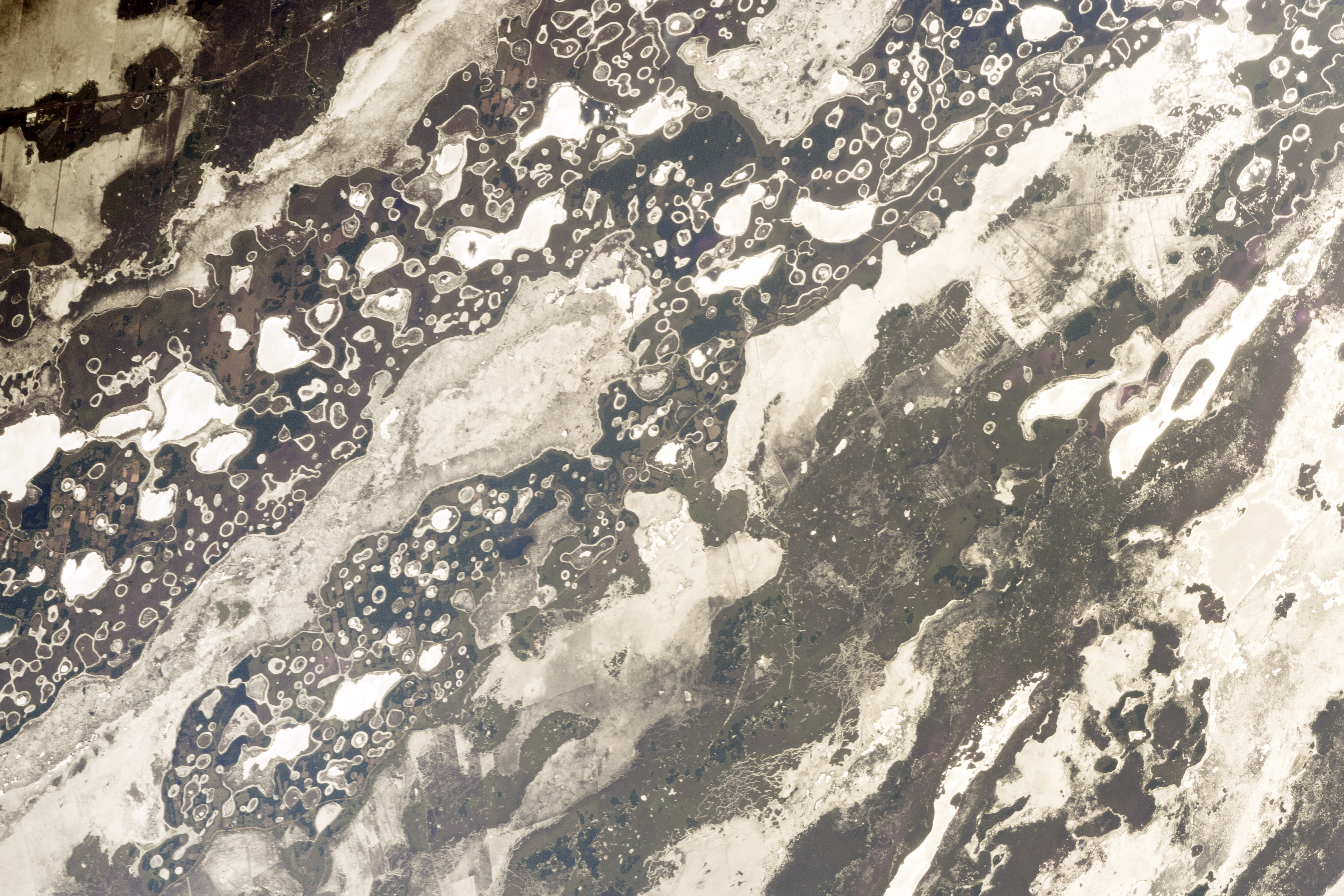 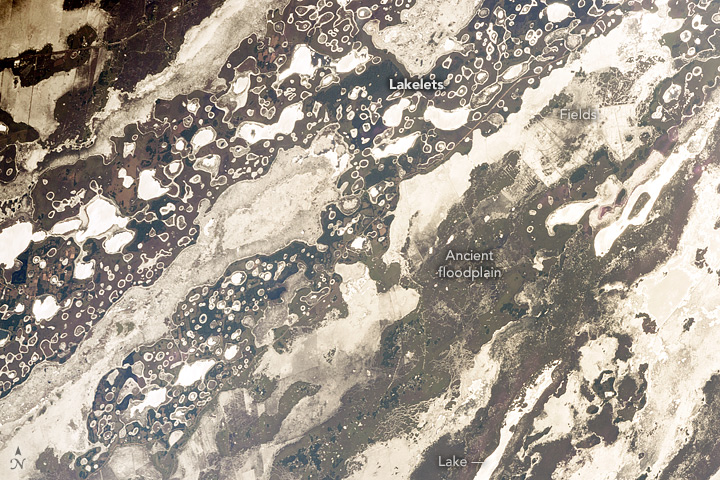 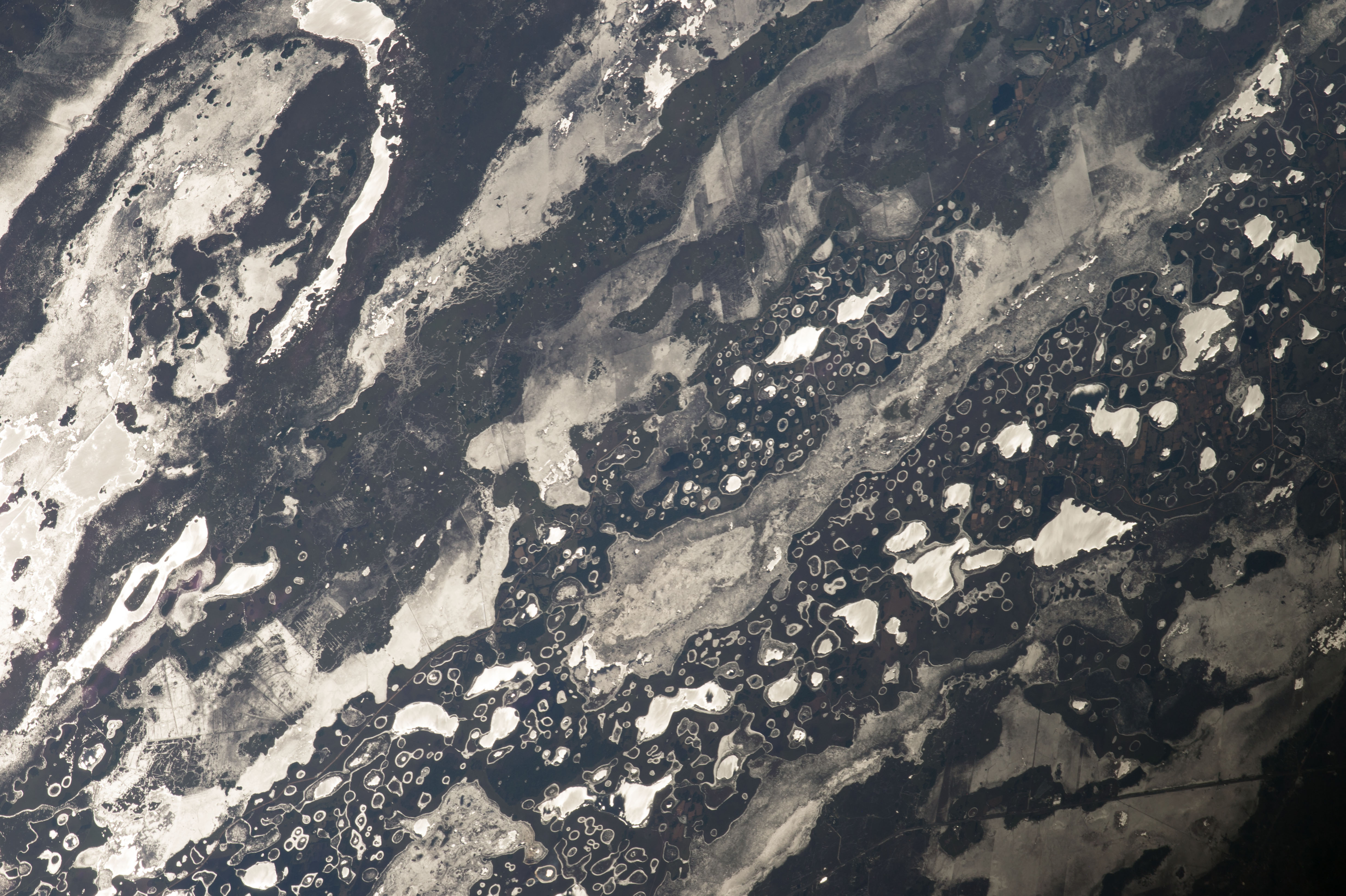 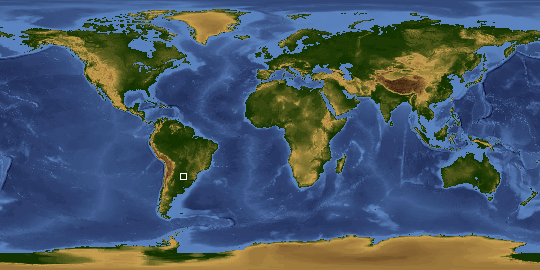 An astronaut flying over central South America was following the Sun's reflection point (also known as sunglint) as it flashed across the water surfaces of the Ibera Wetlands. Sunglint makes for startling images that appear more like black-and-white photos. The many bright, irregular, elongated patches (especially on the lower right) are bigger lakes, while the smaller, more circular features are hundreds of tiny ponds (upper left). Interestingly, the name Ibera comes from y bera, the local Guarani words meaning bright water.

South America's second-largest river, the Parana, used to flow through this area from top right to lower left. The river built up a great inland delta, leaving the larger lakes in the slightly lower areas of the floodplain. The tiny lakes are situated on older river terraces, which stand 3 to 9 meters higher than the average local elevation. The region is so waterlogged that farming is difficult and is restricted to the higher, drier ground. (See the farm fields near the top right.)

It is unclear why the higher areas have the lakelets, or why they are so round in shape. But one idea is that during very dry times in the last Ice Age, dry winds scoured out numerous hollows, as we see in many deserts today. When the climate grew wetter, these depressions filled with water and marshy vegetation colonized the shorelines. As sediment slowly washed into the lakelets, all angular shoreline shapes became smoothed and rounded. The smallest ponds are almost completely filled with vegetation, except for a halo along the shorelines where open water reflects the Sun. It is unclear why the ponds have developed this interesting vegetation pattern.