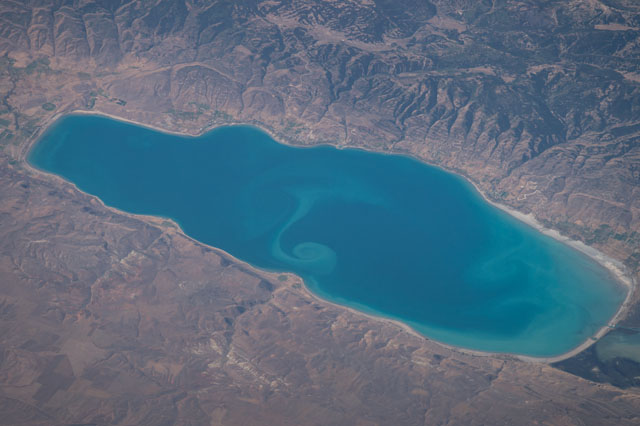 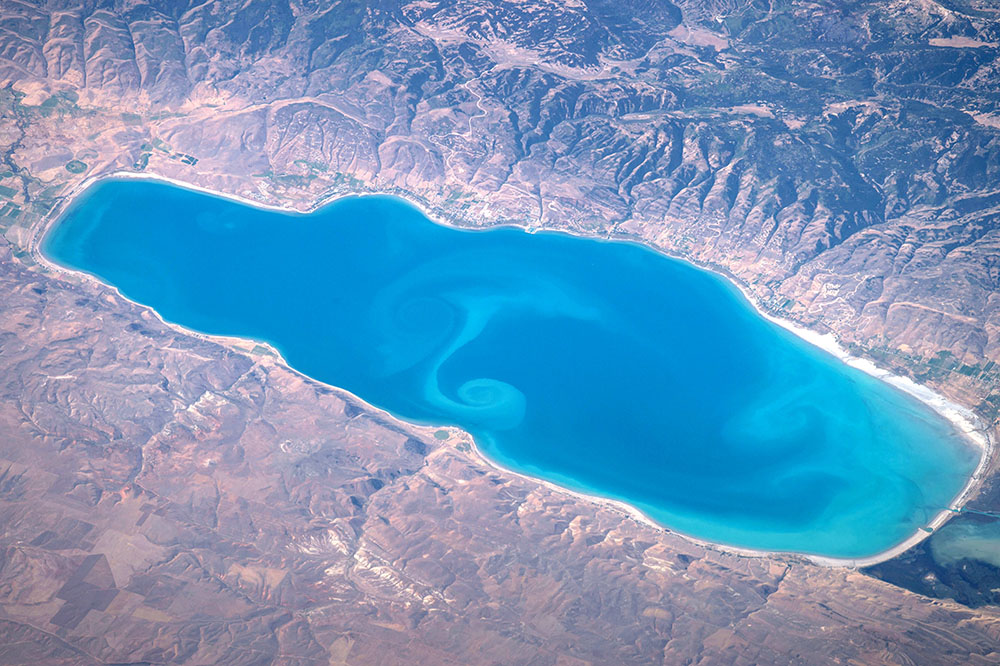 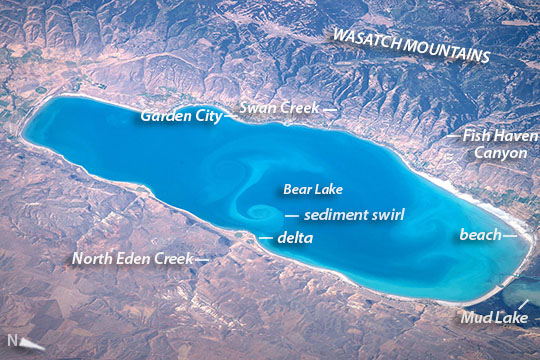 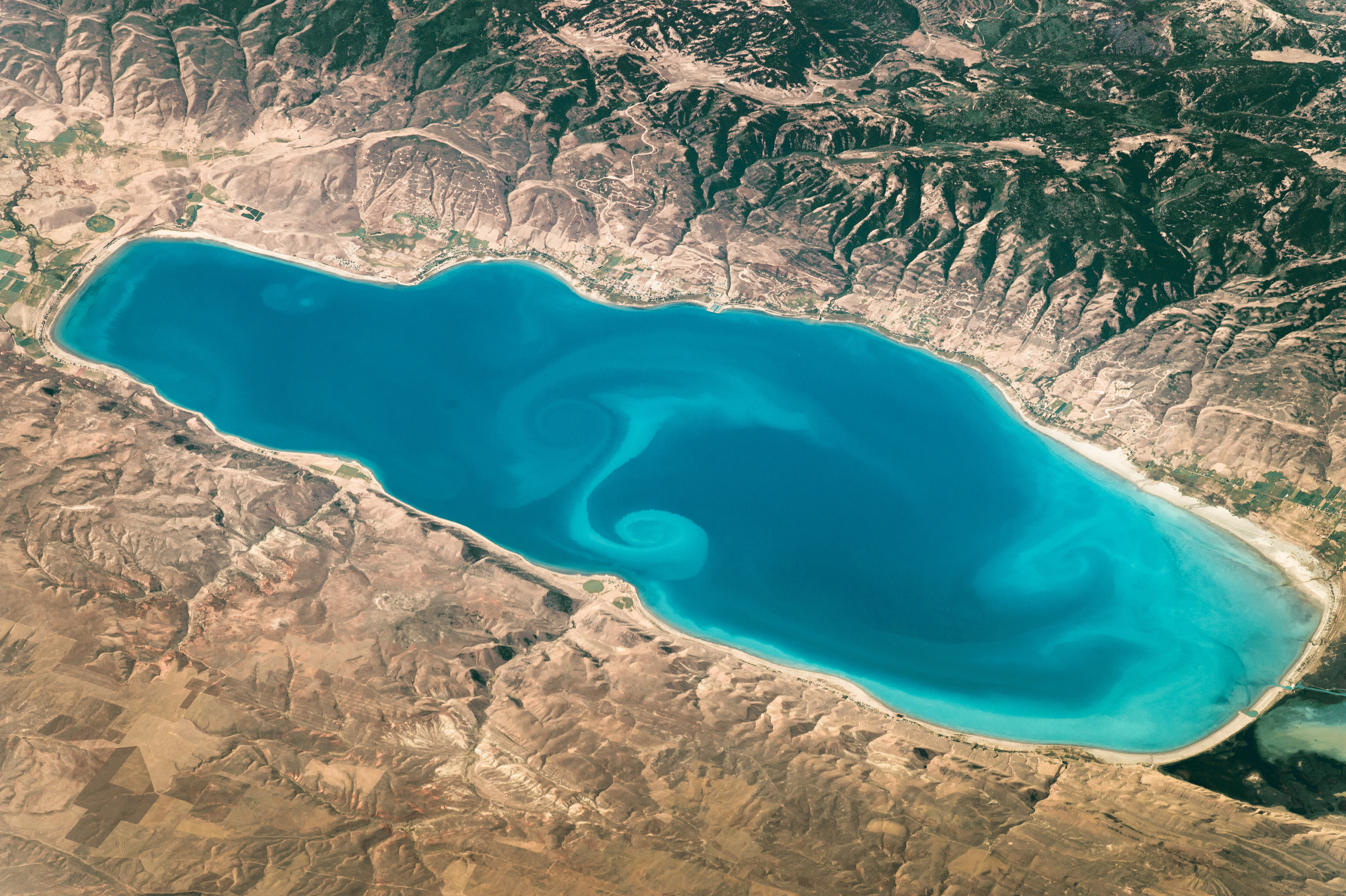 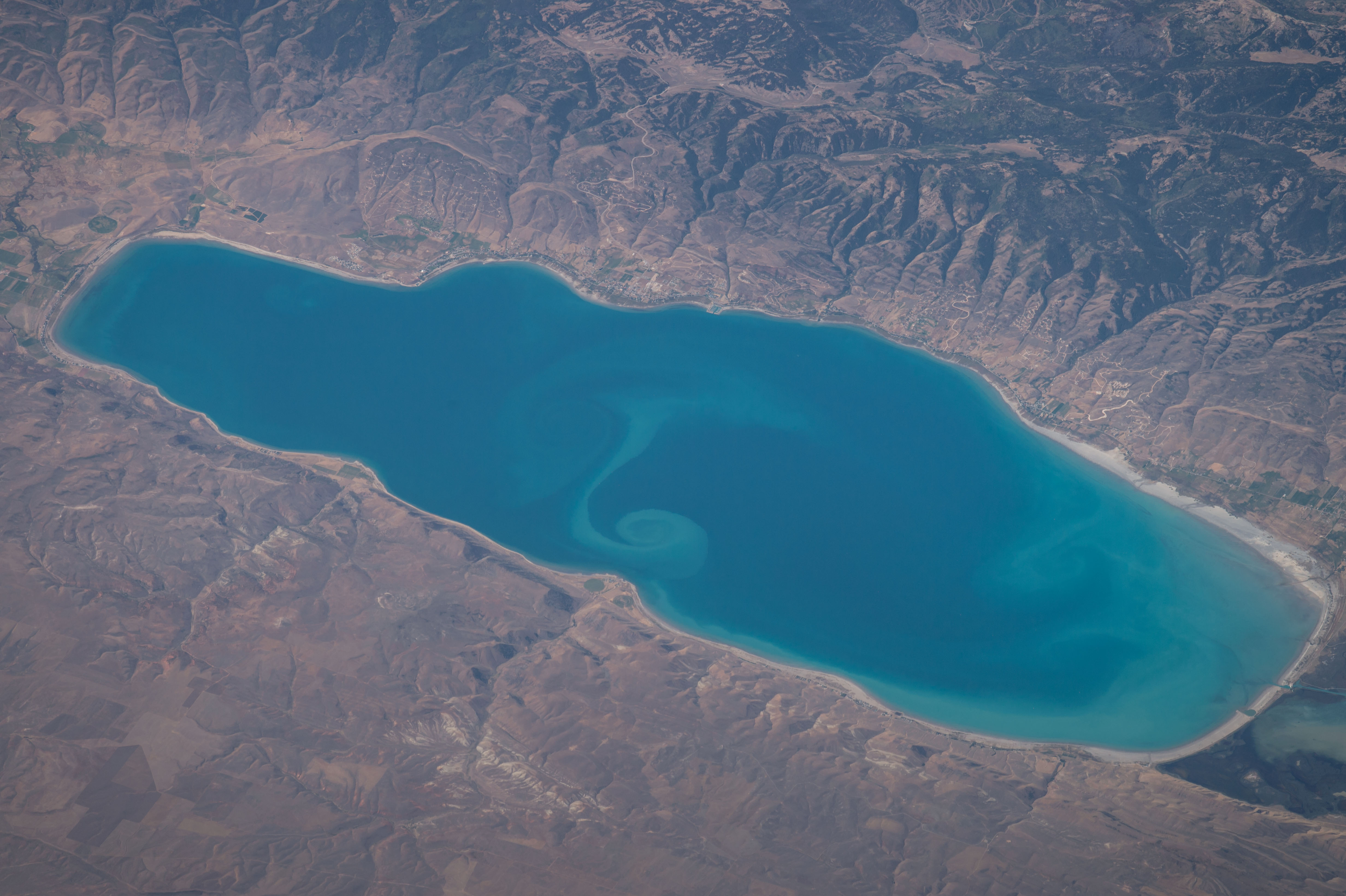 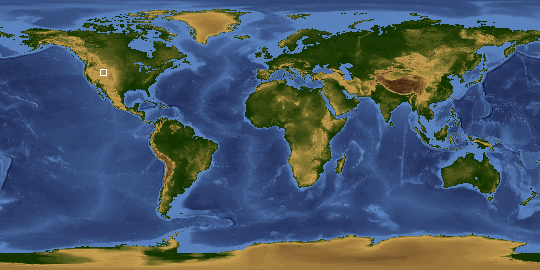 Taken by an astronaut from the International Space Station, Bear Lake on the Idaho-Utah border is one of the bigger lakes in the Rocky Mountains. The bright blue lake (30.5 km, 19 mi long) with its tight swirl of a light-toned sediment plume (at image center) probably caught the astronaut's eye because the photo was taken from a point 525 km (325 mi) to the east over the Black Hills on the Wyoming-South Dakota border.

The two swirls near the center of the lake are rotating in the deepest water--perhaps from floods that came down Swan Creek or Fish Haven Creek. North Eden Creek has laid down the little delta at its mouth, with the two "eyes" of center-pivot irrigation fields--situated on one of the few flat places in this mountainous landscape. The more diffuse swirls at the north end of the lake (at image lower right) have formed from sediment entering from North Eden Creek. This sediment is then carried north along the shoreline by lake currents, joining with sediment eroded from the white beaches on the north shore of the lake (at image lower right).


When the north-end beach of Bear Lake formed it cut off the Mud Lake lagoon; muddy sediments subsequently collected to form a dark-toned, vegetated wetland--now protected as the Bear Lake National Wildlife Refuge. A much larger protected area, part of the Wasatch Mountains, is the Cache National Forest visible across the entire top part of the image. Dramatic canyons like Fish Haven Canyon cut deeply into the mountains.

The high-resolution image shows a network of roads laid out across hillsides above Garden City for a development overlooking the lake.