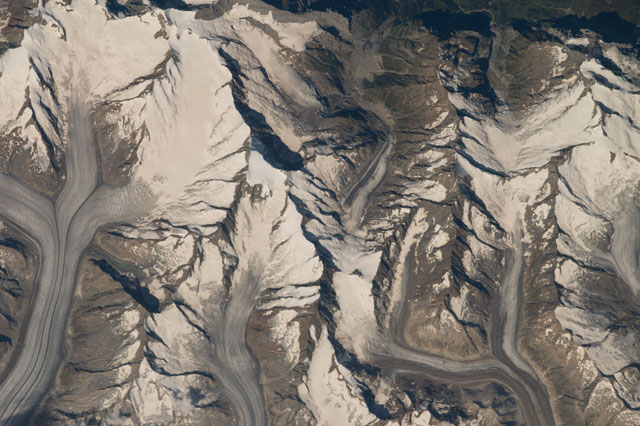 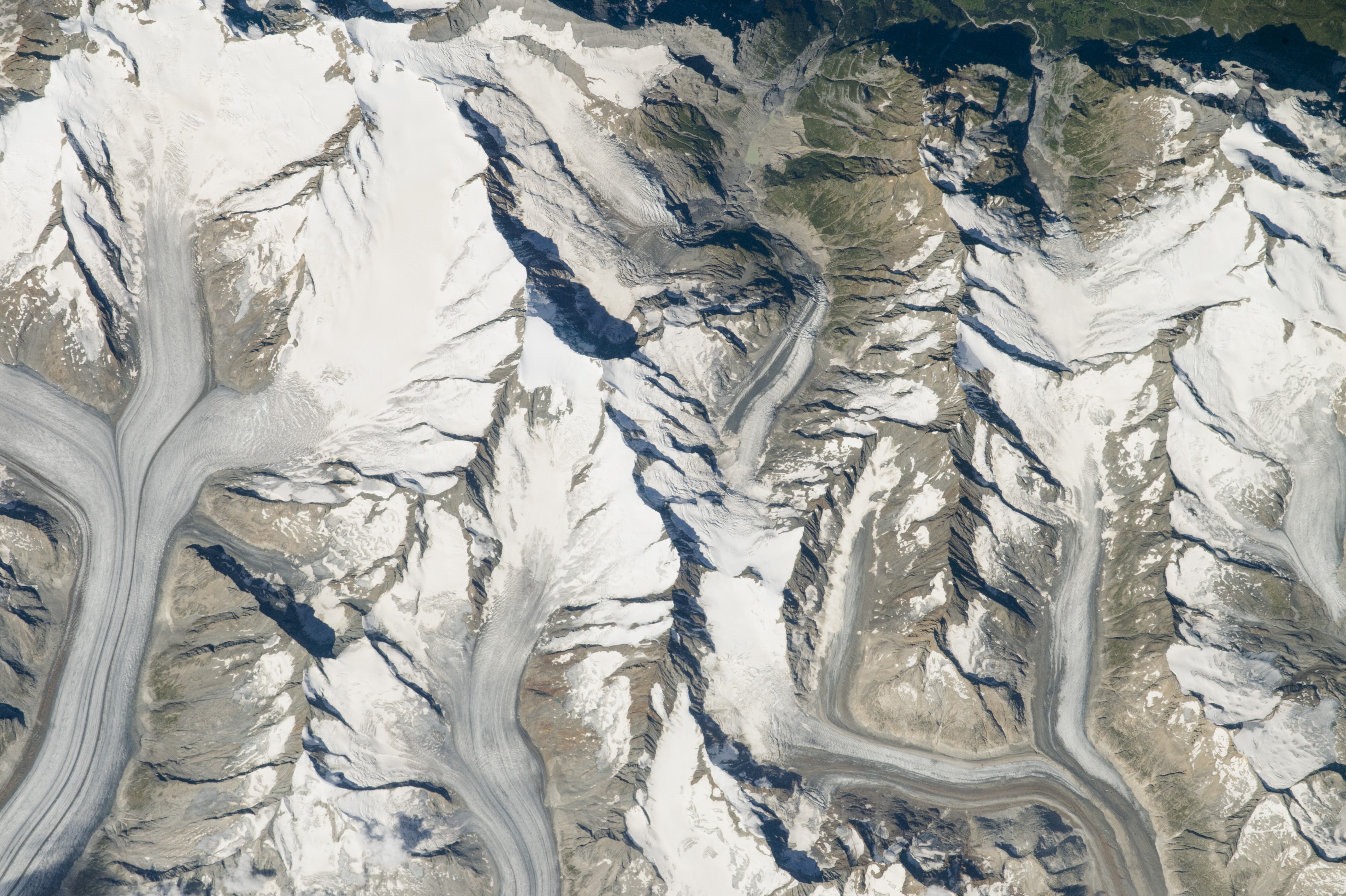 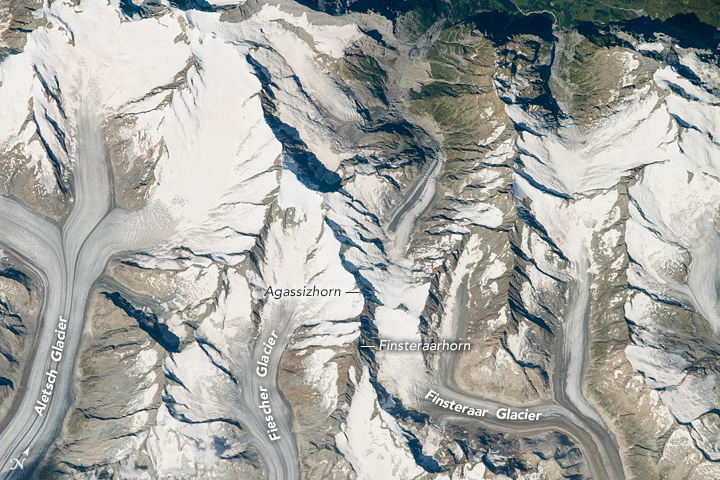 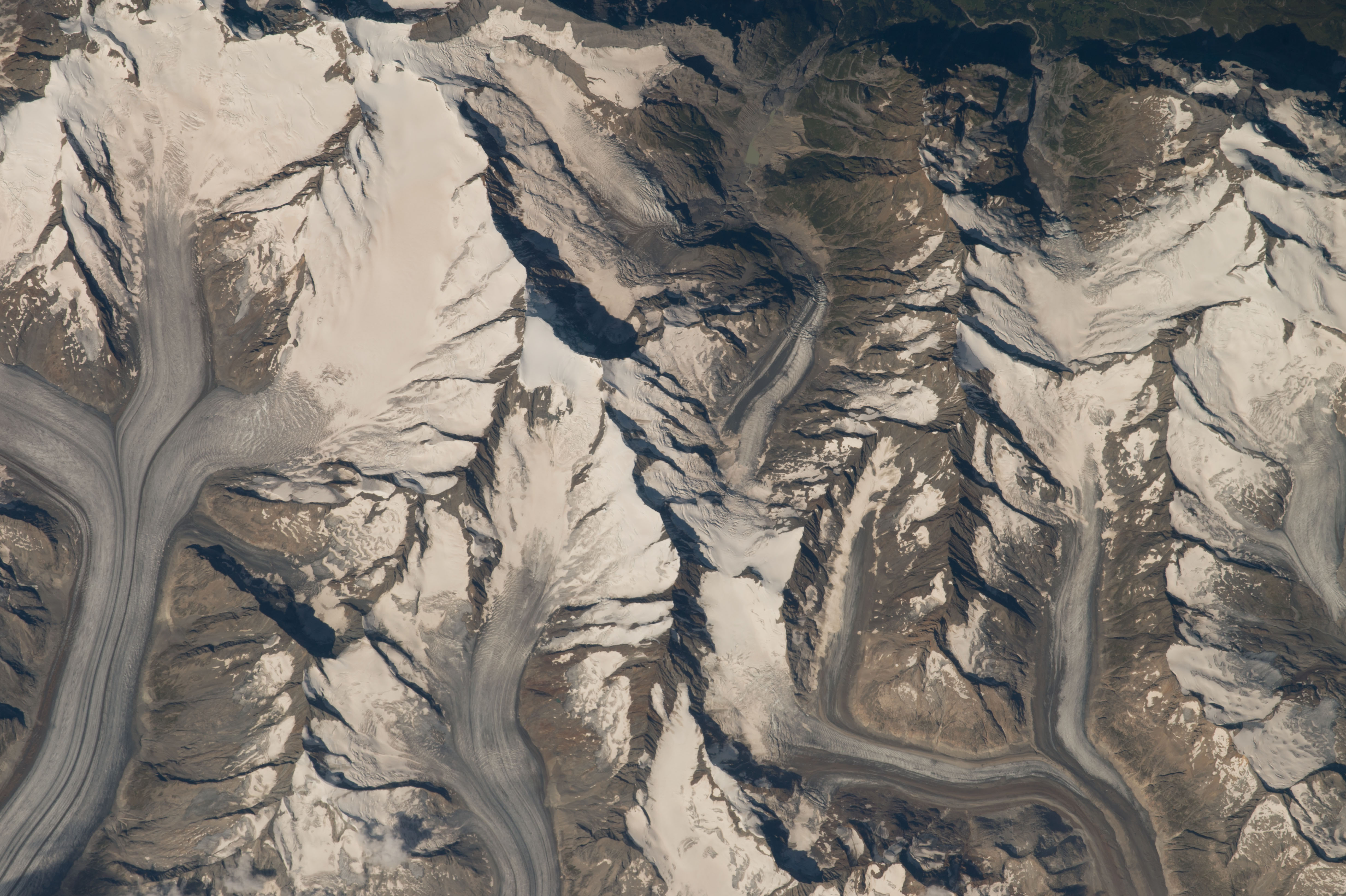 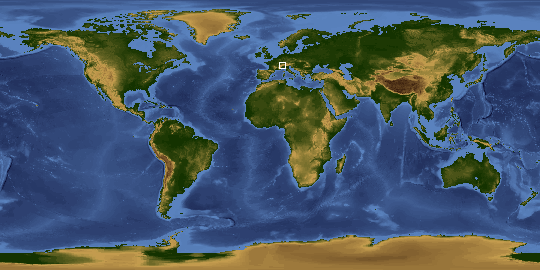 An astronaut aboard the International Space Station took this photograph of the highest mountain in the Swiss Alps and the center of western Eurasia's largest glaciated area. This is the Jungfrau-Aletsch protected area. These peaks feature huge glaciers, with bright snowy slopes that contrast with dark shadows on other steep slopes.

The photo shows the Great Aletsch Glacier, known widely by its German name Grosser Aletschgletscher. This is the largest glacier in Europe at 23 kilometers (14 miles) long; the upper 10 kilometers (6 miles) cross the left side of the image. Its neighbors are the Fiescher and Finsteraar glaciers. In this late summer view, the rocky contents of each glacier show up as gray sections, where more ice has melted. The dark lines in the glaciers are classic moraines - concentrations of dark rocks trapped in ice after being scraped from the mountains and valley walls. The moraines give a strong visual sense of flow lines transporting rock down-valley (which is the bottom of the image).

Some of the highest and most visited peaks in Europe are found in this region, including the Eiger (on the top edge of the image). The highest summit in the area is Finsteraarhorn, standing 4274 meters (14,022 feet) above sea level. Thousands of visitors from towns to the north can ascend by rail to a point at the head of the Aletschgletscher by passing through in a tunnel dug inside the Jungfrau.

The peak known as Agassizhorn was named to commemorate Louis Agassiz, a Swiss-American geologist who is the father of the modern science of glaciology. In the mid-1800s, Agassiz convinced the scientific world that glaciers were very much thicker and longer during an Ice Age thousands of years ago. Agassiz was so interested in glaciers and ice movement that he lived in a hut built on the Finsteraar glacier.