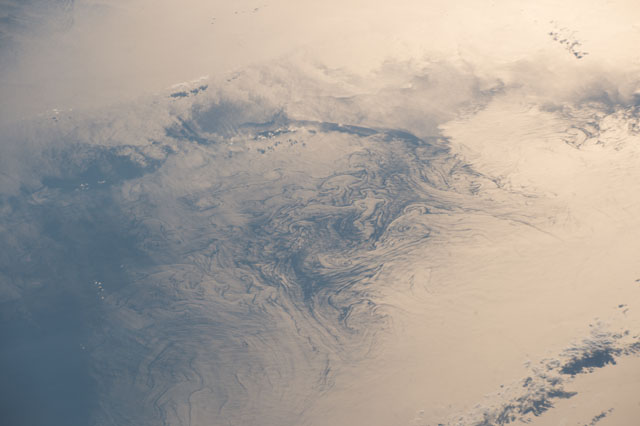 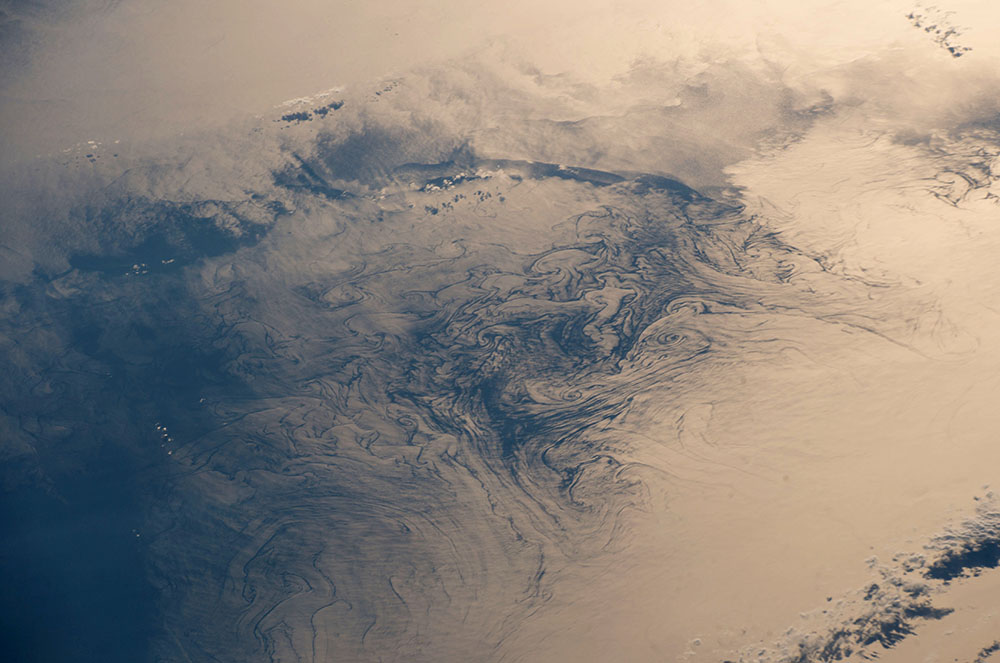 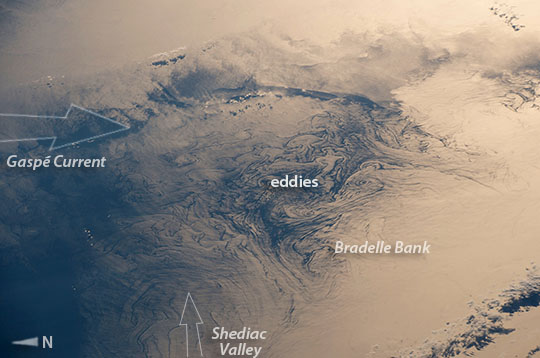 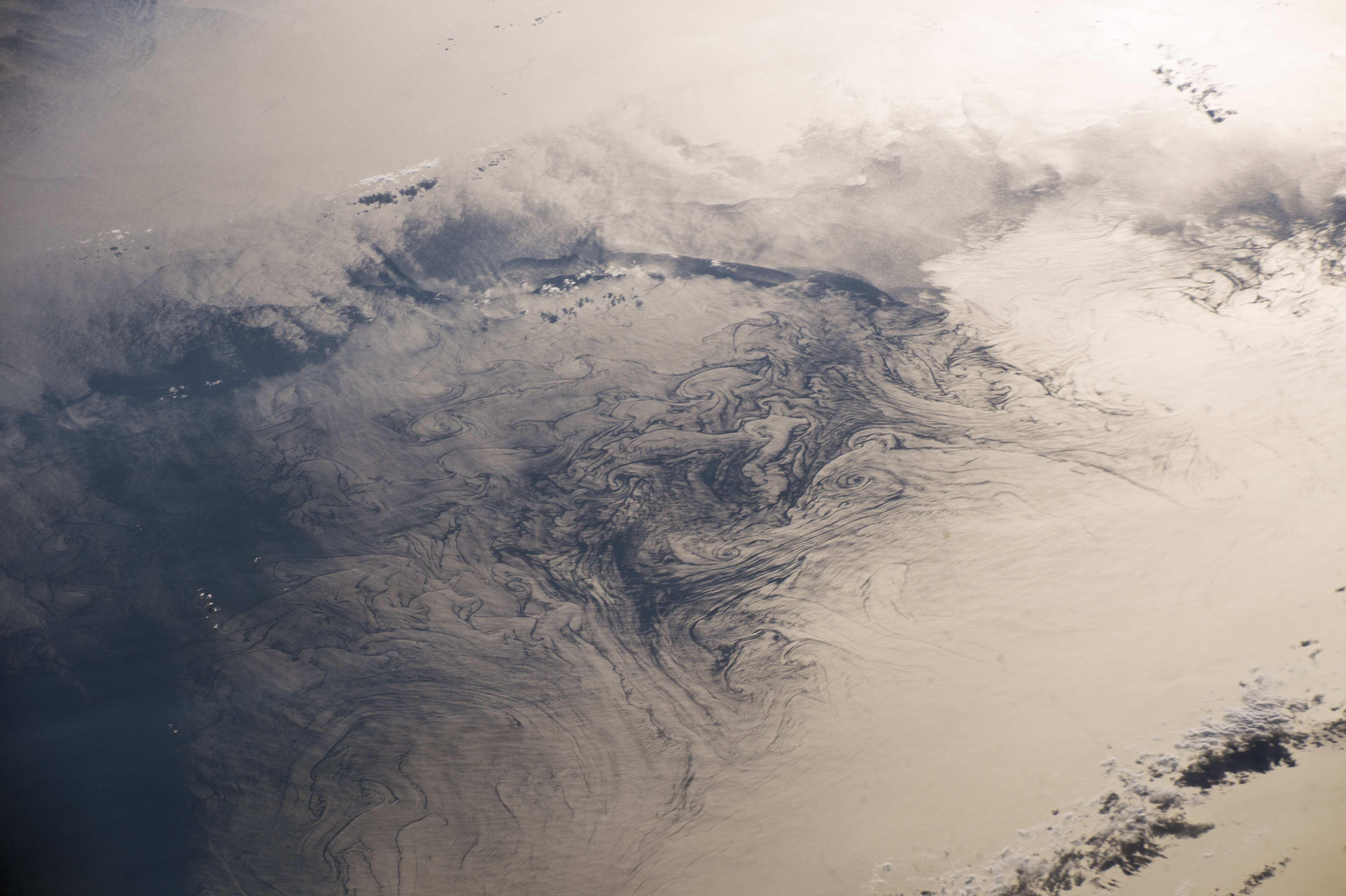 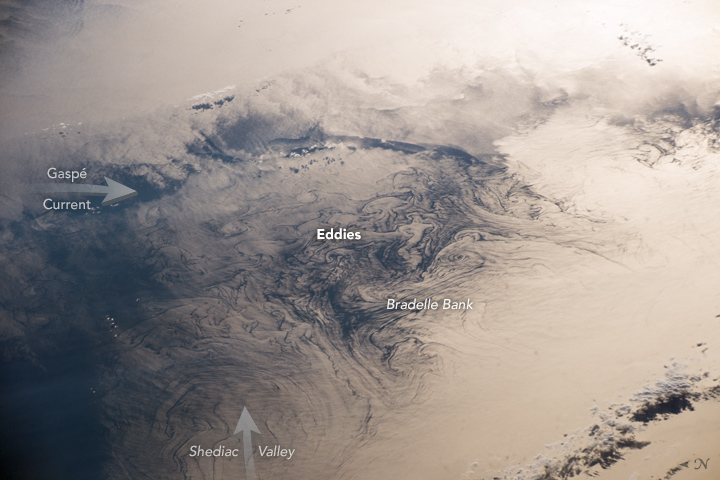 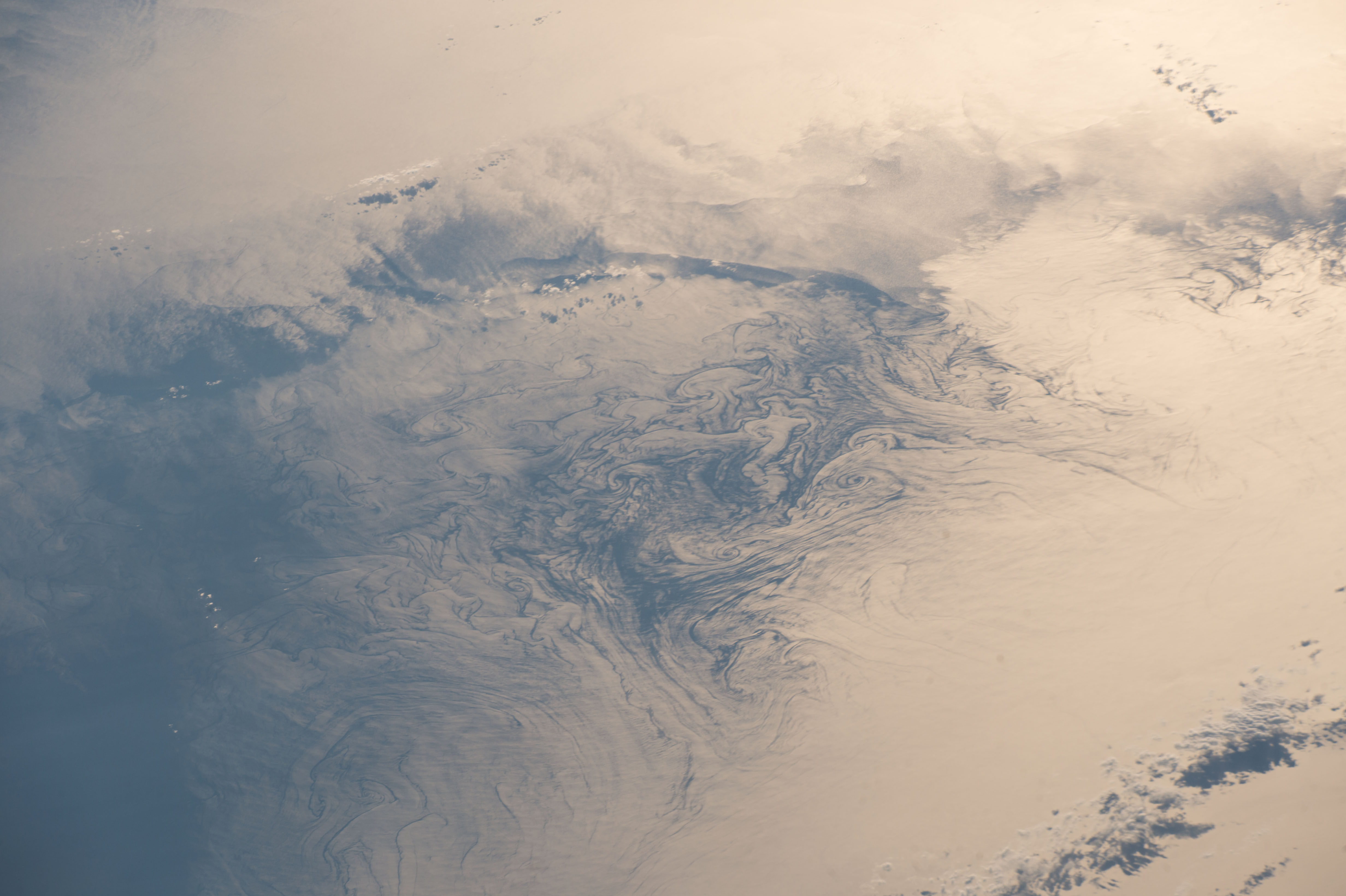 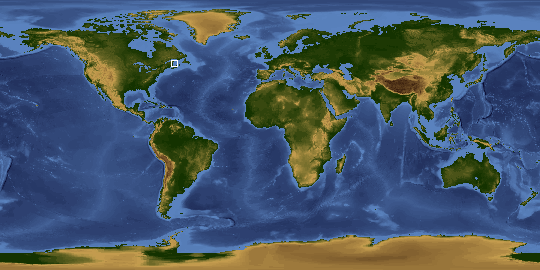 Orbiting above eastern North America, a crew member aboard the International Space Station focused on a dense pattern of eddies in the Gulf of St. Lawrence. Caught briefly in the sun's "glint point", reflections off the water surface show an interlinked mass of swirls and eddies--at image center but covering most of the image--in the shallow water immediately north of Prince Edward Island (PEI, out of the image lower right). The swirls are generated by complicated flows in the gulf.

The stronger flow at the time this image was taken is coming out of an underwater channel known as the Shediac Valley. This flow appears here as a broad mushroom-head of concentric lines that occupies most of the lower left part of the image. Weaker flows appear as smaller, tighter swirls, all with a counterclockwise rotation, in the center and top right of the image. These have formed on the shallow part of the gulf known as the Bradelle Bank (north of PEI), embedded within the slow drift of the main west-to-east Gaspe Current.

The swirls disappear across the top of the image and in the lower right. The reason for this loss is that the brilliant center of the sun's reflection point washes out all detail, as in the top of this image, and in the lower right. Crews are trained to focus on the half-glint zone--such as the image center--surrounding the brightest zone where water features appear with great clarity.

Small lines of cloud (at image lower right and upper left) cast parallel shadows in the dawn light in this view taken with a powerful 400-mm lens. Views taken seconds earlier with a shorter 78-mm "panorama" lens, show the entire Gulf of St. Lawrence under a thin but widespread smoke pall [ISS048-E-71826]. The smoke had drifted into the gulf from wildfires in southern Canada and the northern USA. A well-known consequence of smoke in the atmosphere is the slight yellow or copper tinge it gives to glint off water surfaces--as shown especially at image top right.

Sunglint photography is a major component of crews' views of the planet, and is therefore part of their training before they fly. A comparison of astronaut images taken 30 seconds apart shows how a single view can change--and how astronauts must adapt during photographic sessions.