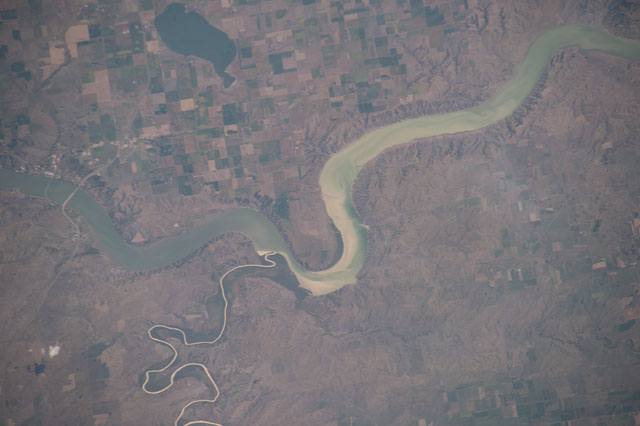 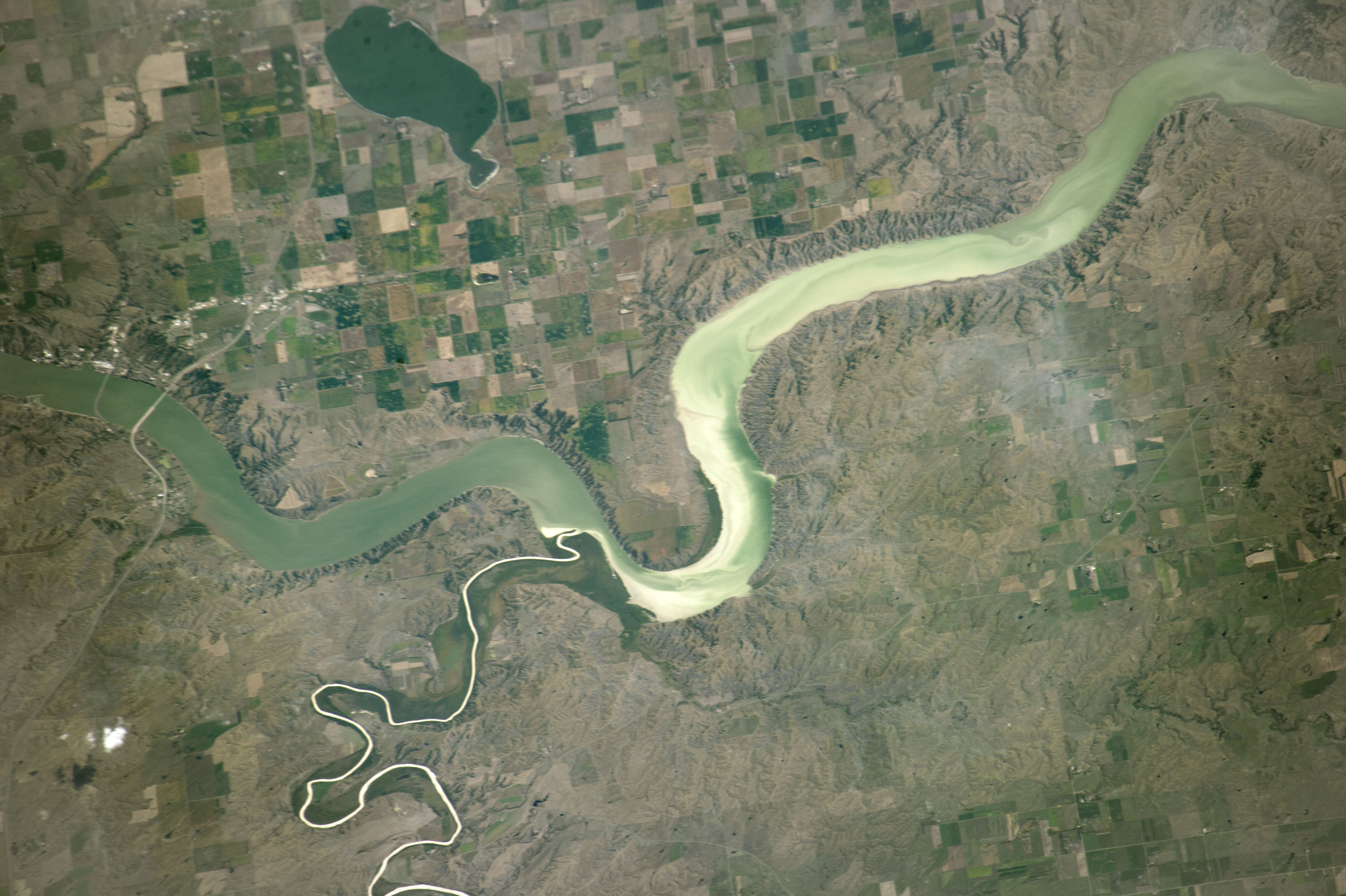 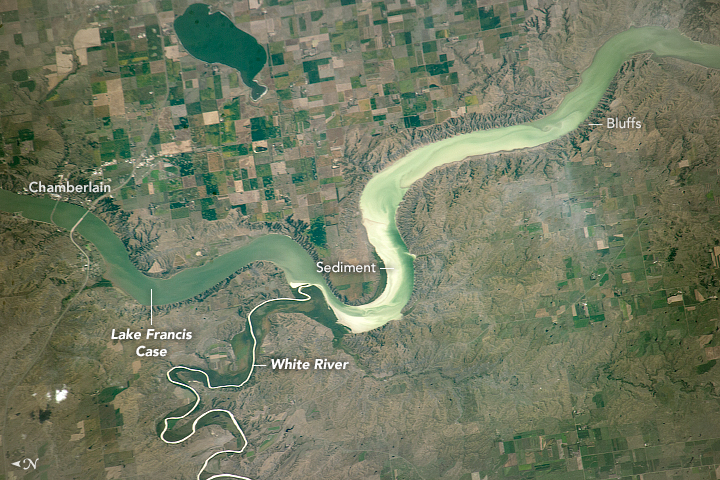 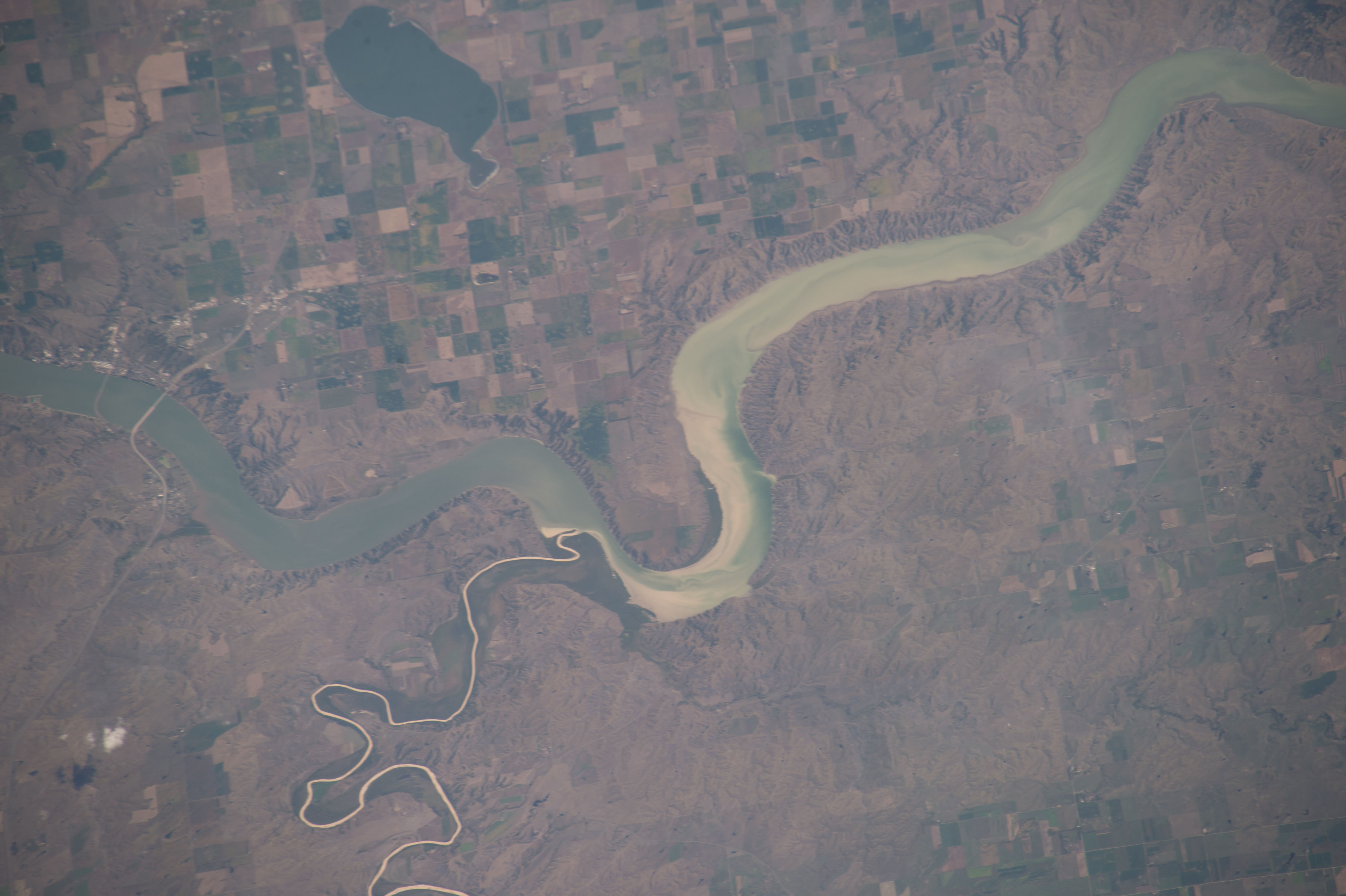 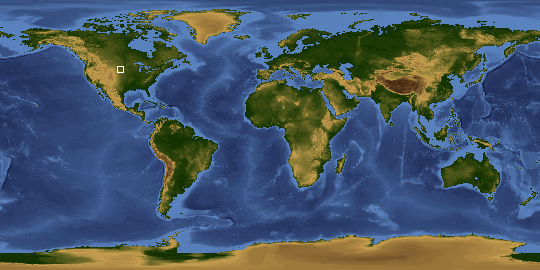 An astronaut aboard the International Space Station focused a camera on the White River where it pours milky-colored water into the blue-green of Lake Francis Case. The White River's name - Makhizita wakpa, or "White Dirt River" in the Lakota language - derives from the white sediment it carries from erosion and weathering of rocks and soils upstream, especially limestone and volcanic ash from sources near South Dakota's Badlands. (The white rocks exposed in the Badlands are visible in this photograph from the early days of the ISS.)

Lake Francis Case is an artificial reservoir on the Missouri River, and it fills the entire width of the Missouri River valley, marked by low but steep bluffs that line both shores. For scale, the bridge and causeway where Interstate Highway 90 crosses the reservoir (at the town of Chamberlain) is a mile long (1.6 kilometers). The town is the local commercial center for the many farms that surround Red Lake (top left).