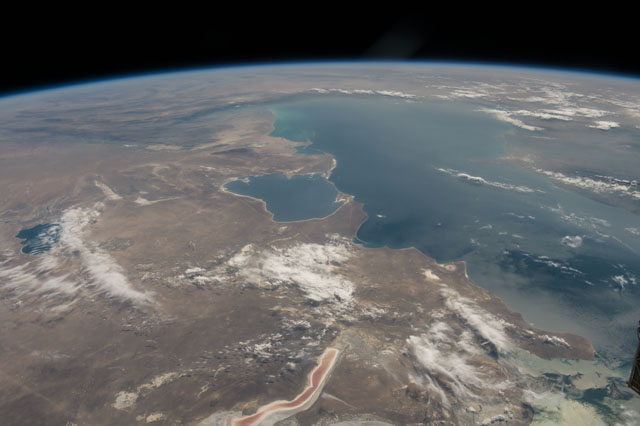 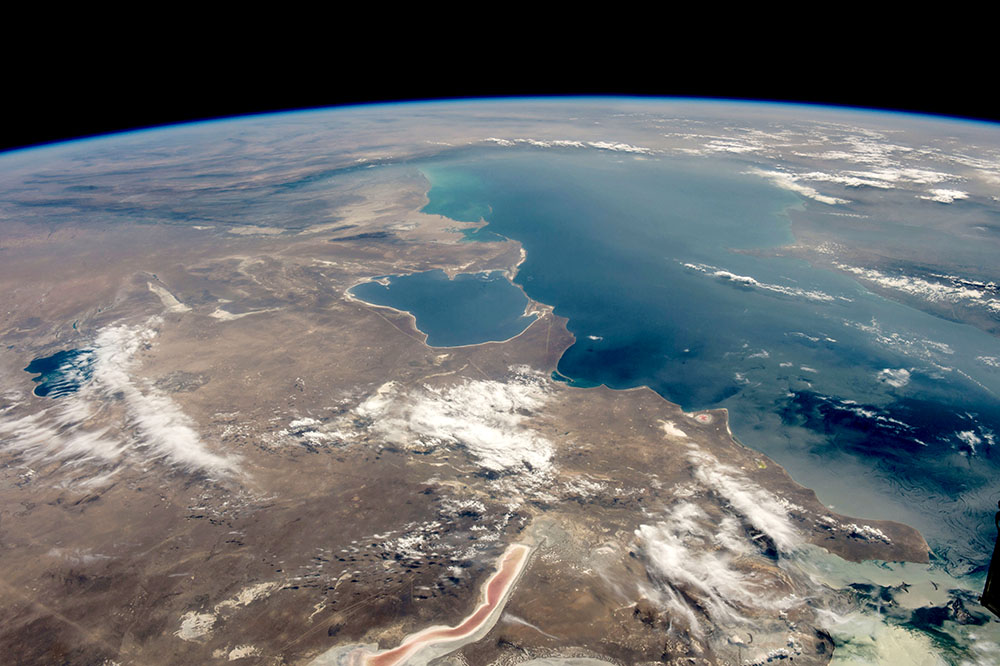 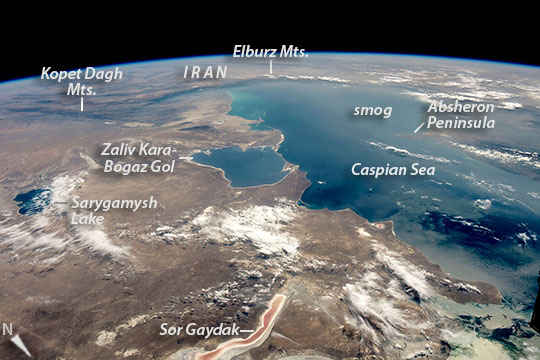 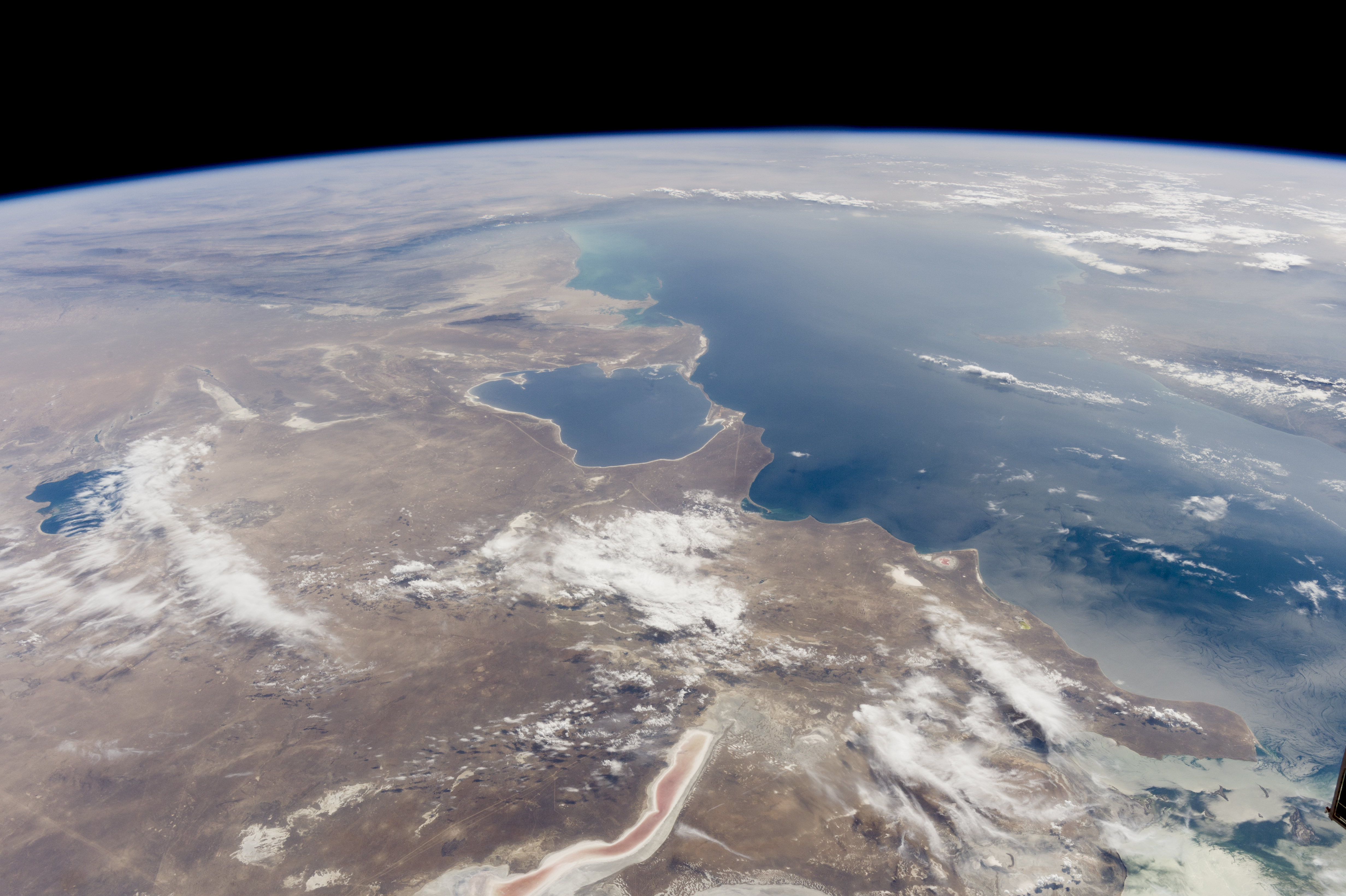 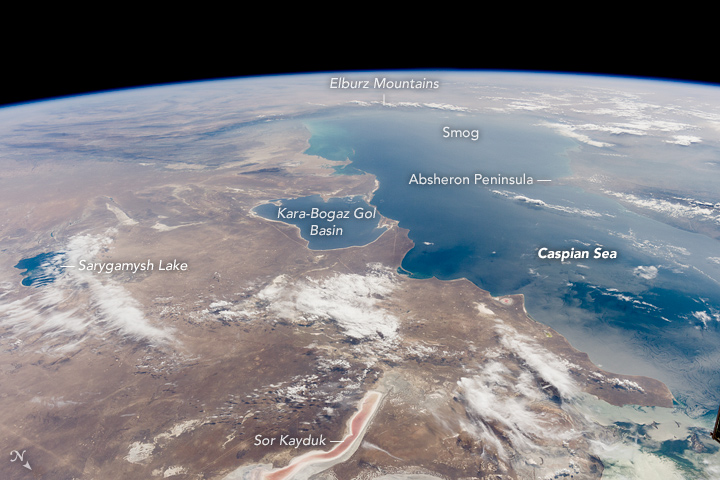 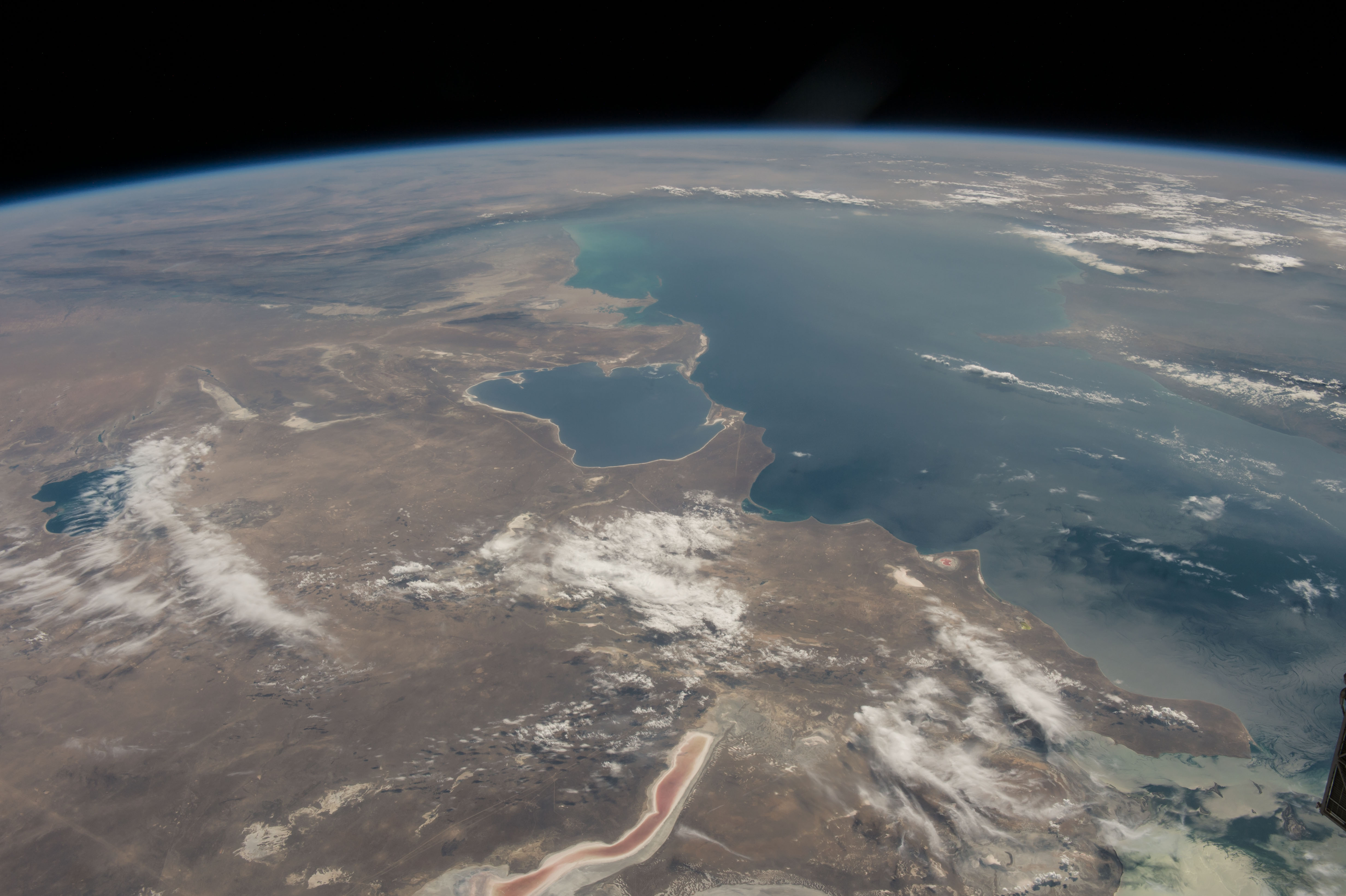 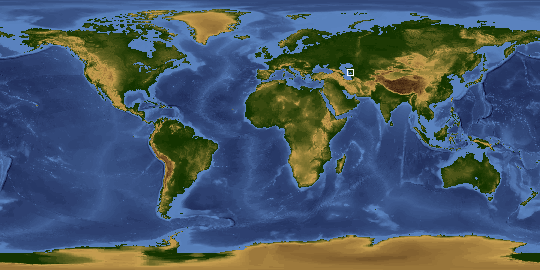 Looking south to the horizon, an astronaut aboard the International Space Station (ISS) took this photograph of most of the Caspian Sea and neighboring countries in inner Asia. Shorelines of water bodies are key features for astronauts trying to orient themselves over Earth.

The south shore of the sea appears as a nearly straight line against the dark ranges of the Elburz Mountains of northern Iran. At a right-angled corner - a telltale feature of the Caspian Sea for astronauts looking down at Earth - the coastline veers due north, where it meets the 160 kilometer-wide (100 mile) bay in Turkmenistan known as Zaliv Kara-Bogaz Gol. The narrow spit that divides this gulf from the Caspian Sea is another well-known feature. Saltwater Lake Sarygamish lies on the Turkmenistan-Uzbekistan border, and the narrow Sor Gaydak channel in Kazakhstan shows its characteristic pink tone.

The west side (right in this south-facing image) of the Caspian Sea lies under a thin smog layer, which partly obscures the finger of the Absheron Peninsula, the center of Azerbaijan's oil producing region. (Those facilities have previously been photographed in detail.)