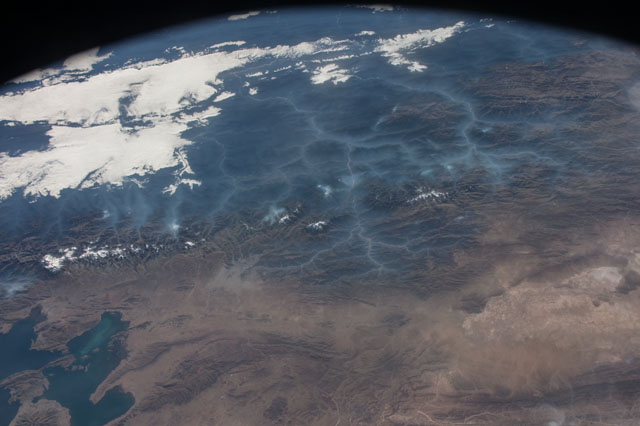 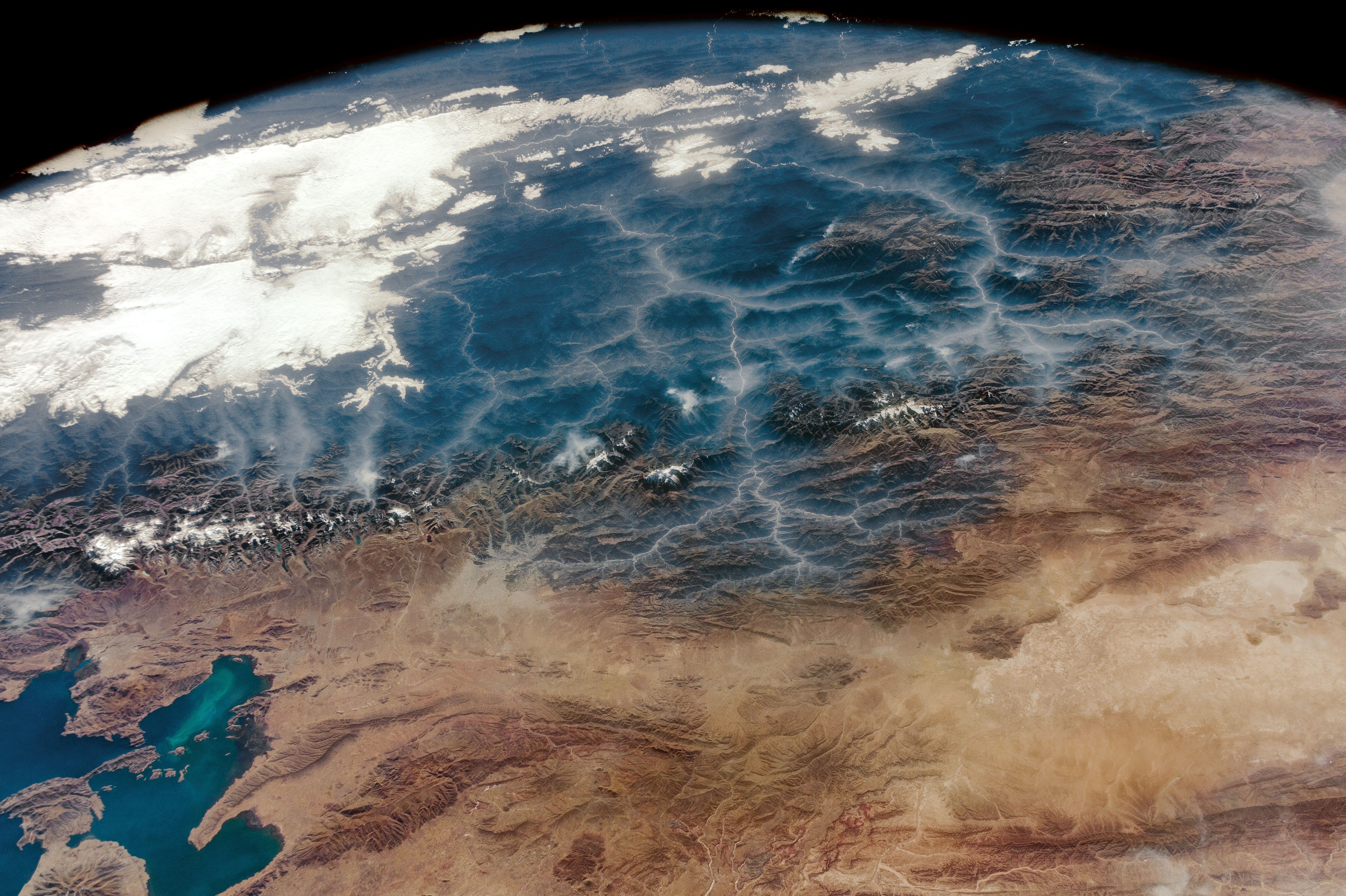 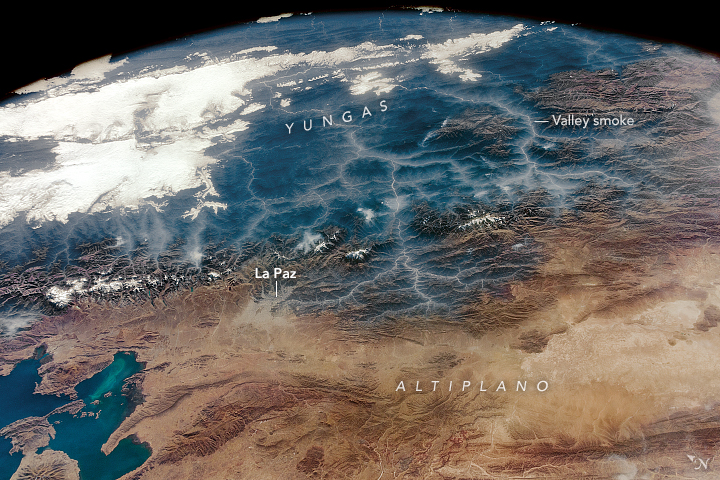 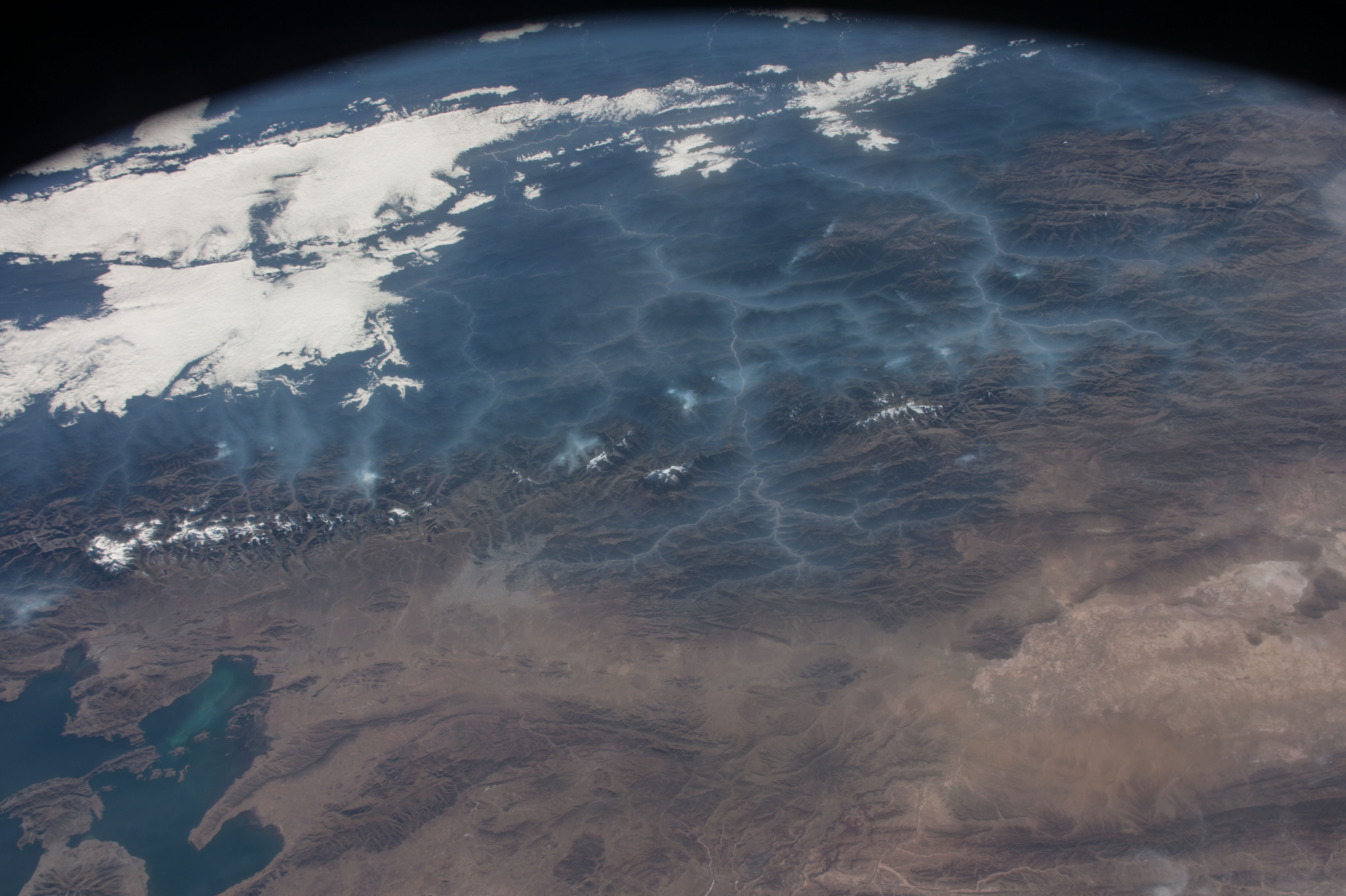 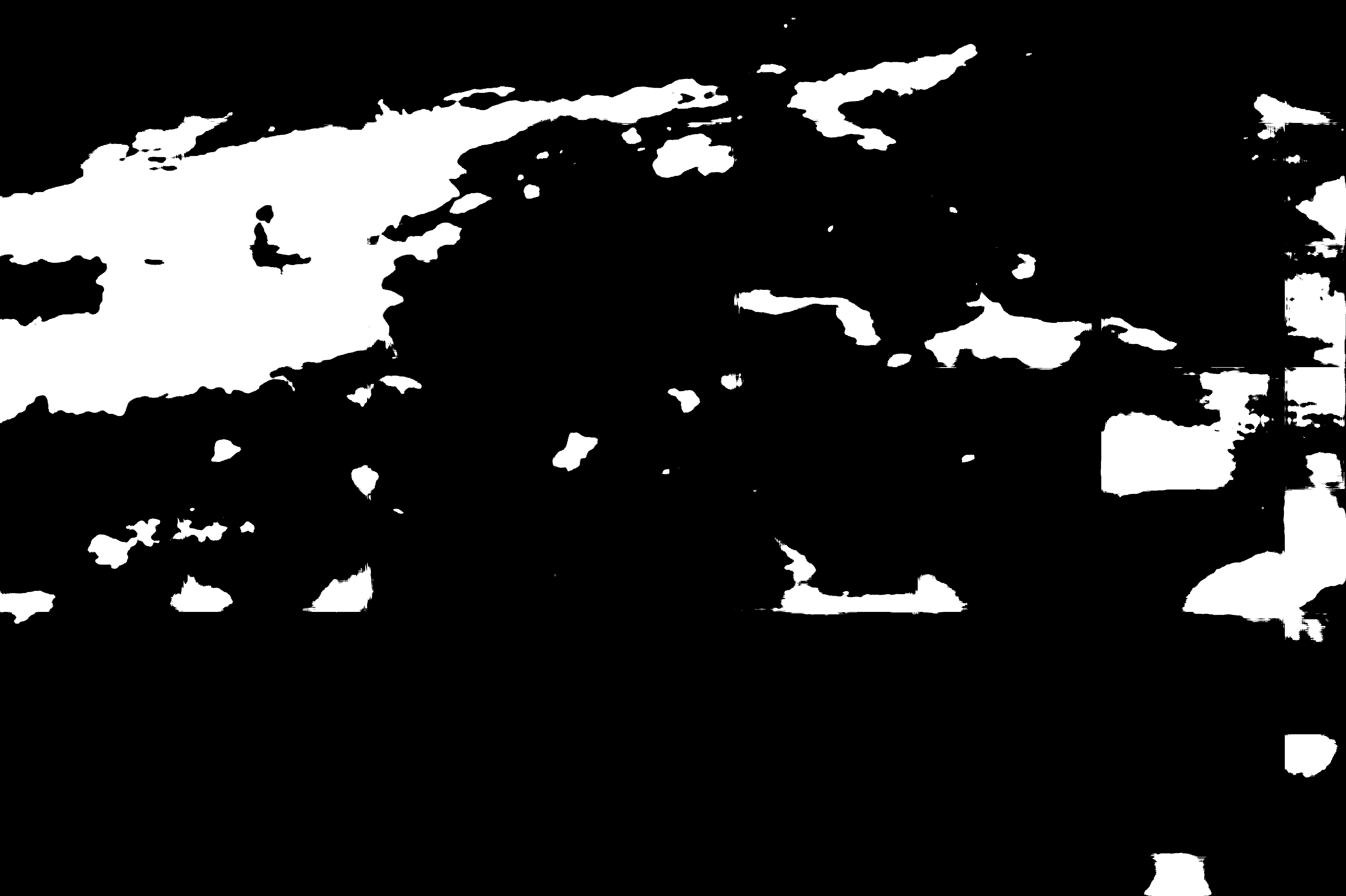 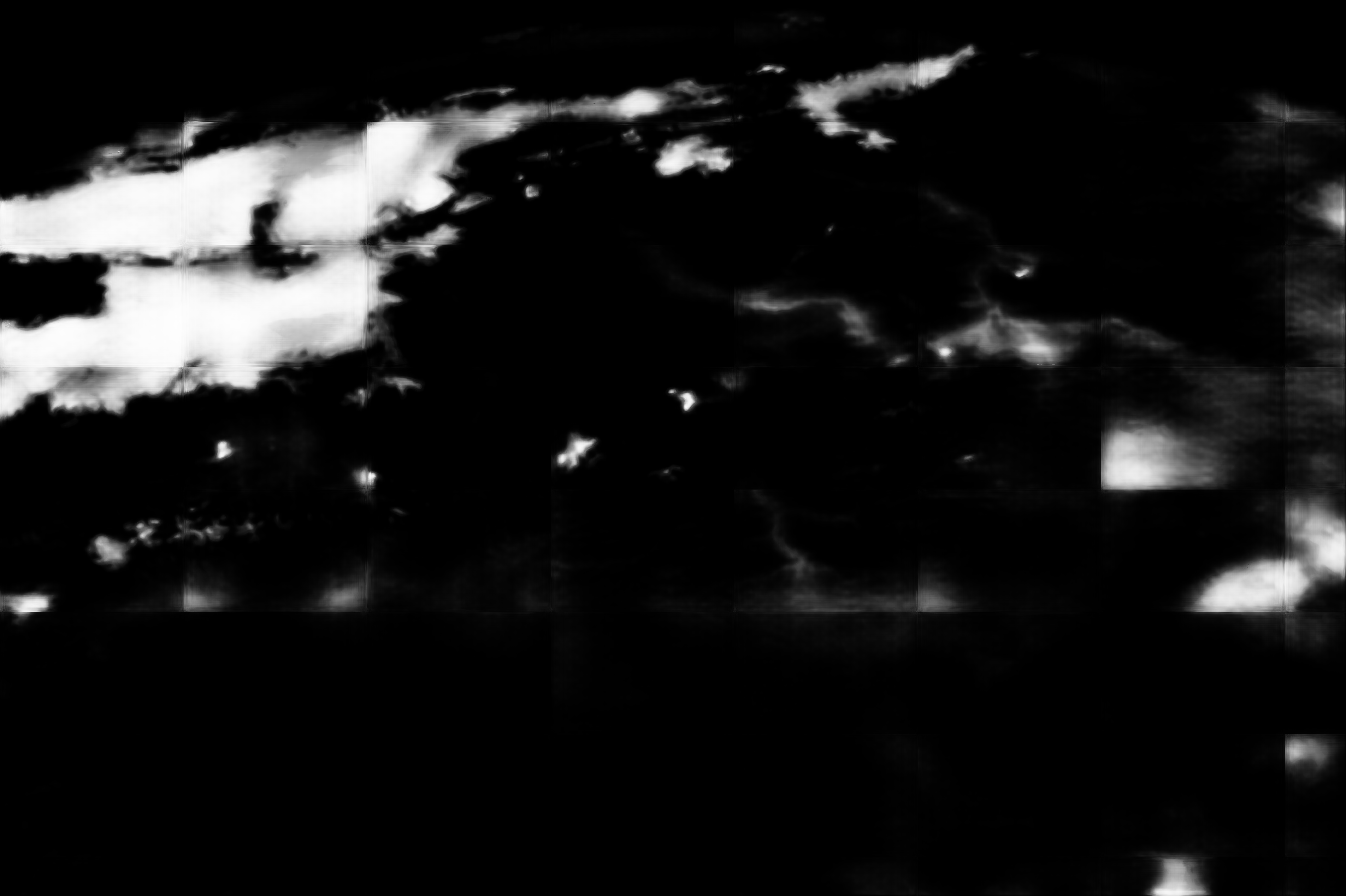 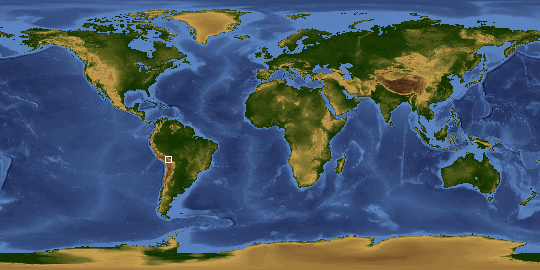 An astronaut aboard the International Space Station (ISS) took this oblique photograph of smoke-filled canyons along the eastern margin of the Andes Mountains. The desert plateau of Bolivia lies in the foreground, with the southern end of Lake Titicaca at image lower left. The desert is known as the Altiplano (high plain) because of its great altitude just over 4000 meters (13,000 feet). The city of La Paz, Bolivia's capital, lies on the edge of the Altiplano.

The smoke in the valleys comes from several fires on the upper margin of the montane forest. These forests, known locally as the Yungas, appear dark green in the image. The Yungas is forested because it is a relatively wet zone and is often cloudy. In fact, astronauts see the Yungas much less often than they see the usually cloudless Altiplano.

A narrow mountain range known as the Cordillera Oriental (image center) lies between the Yungas and Altiplano regions; it is a sub-range of the Andes Mountains. Peaks are so high here, almost 6400 meters (21,000 feet), that they are capped by small ice sheets and glaciers, which appear as bright white spots in the image. The highest peaks are Mount Ancohuma (far left) Cerro Gigante, and Nevado Illimani (image center).