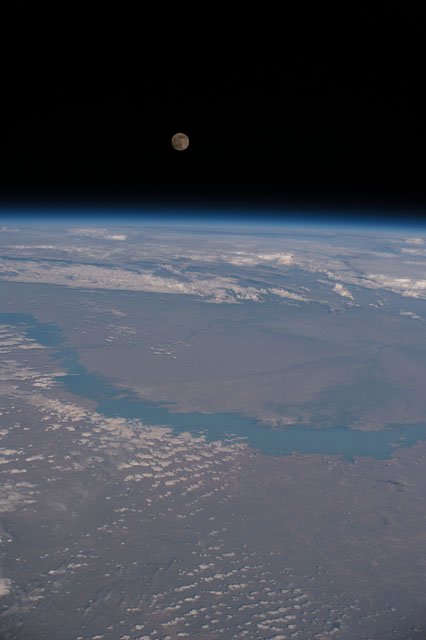 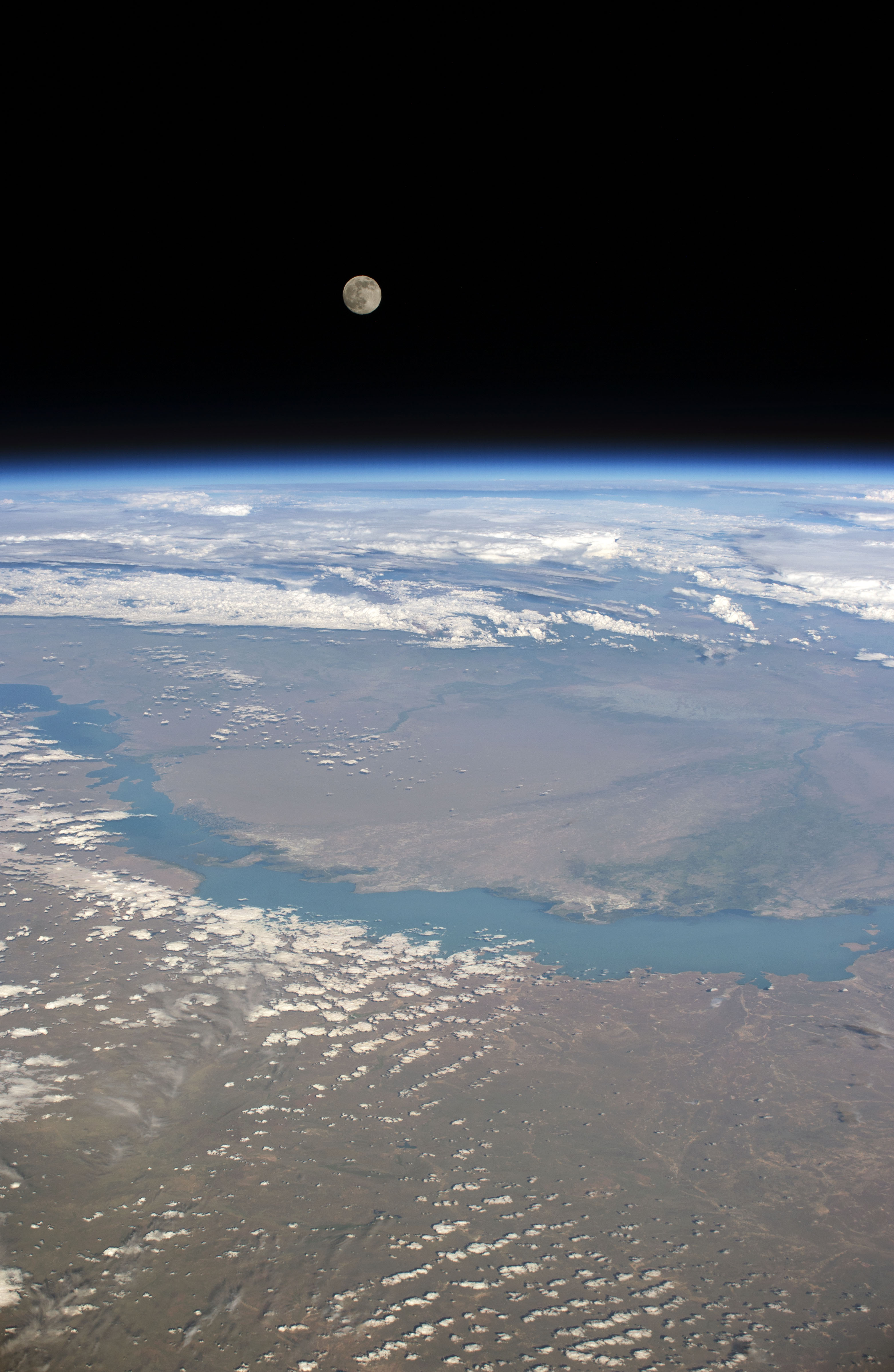 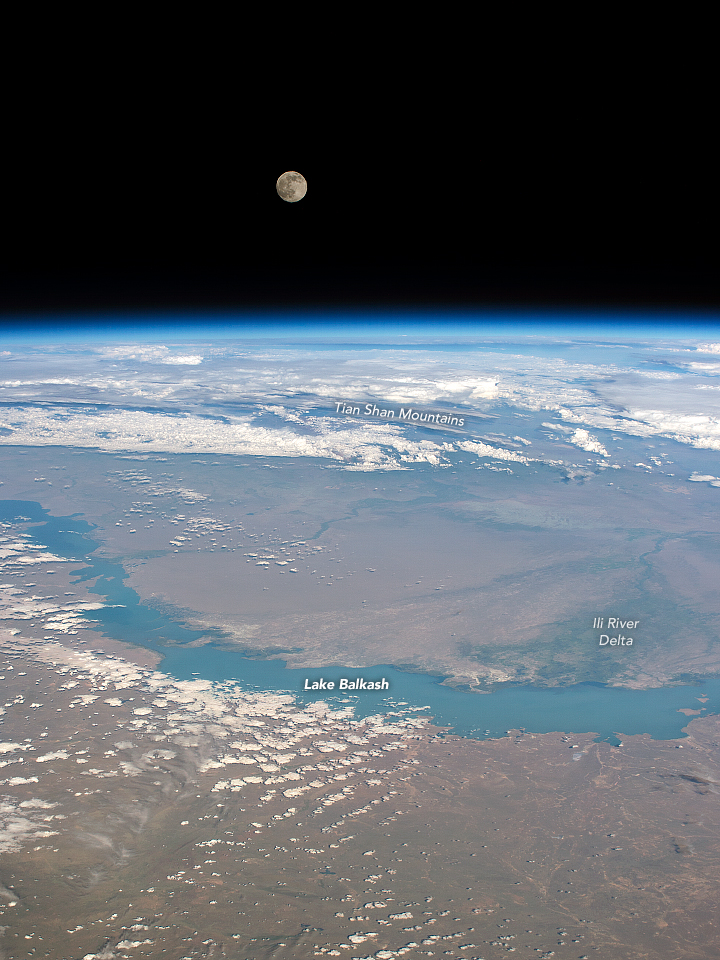 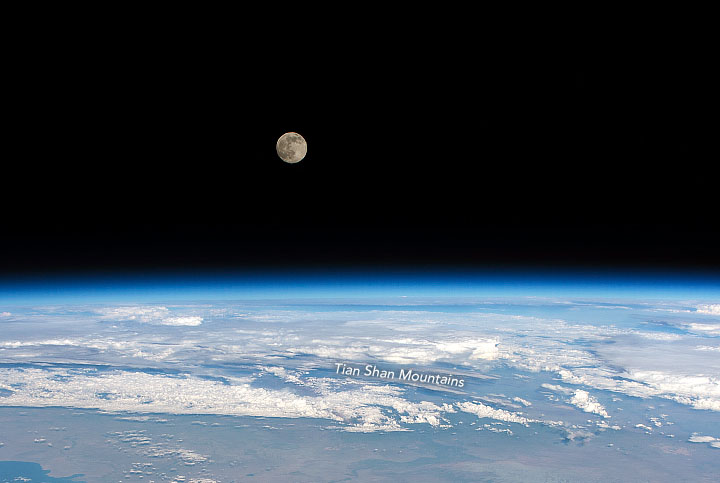 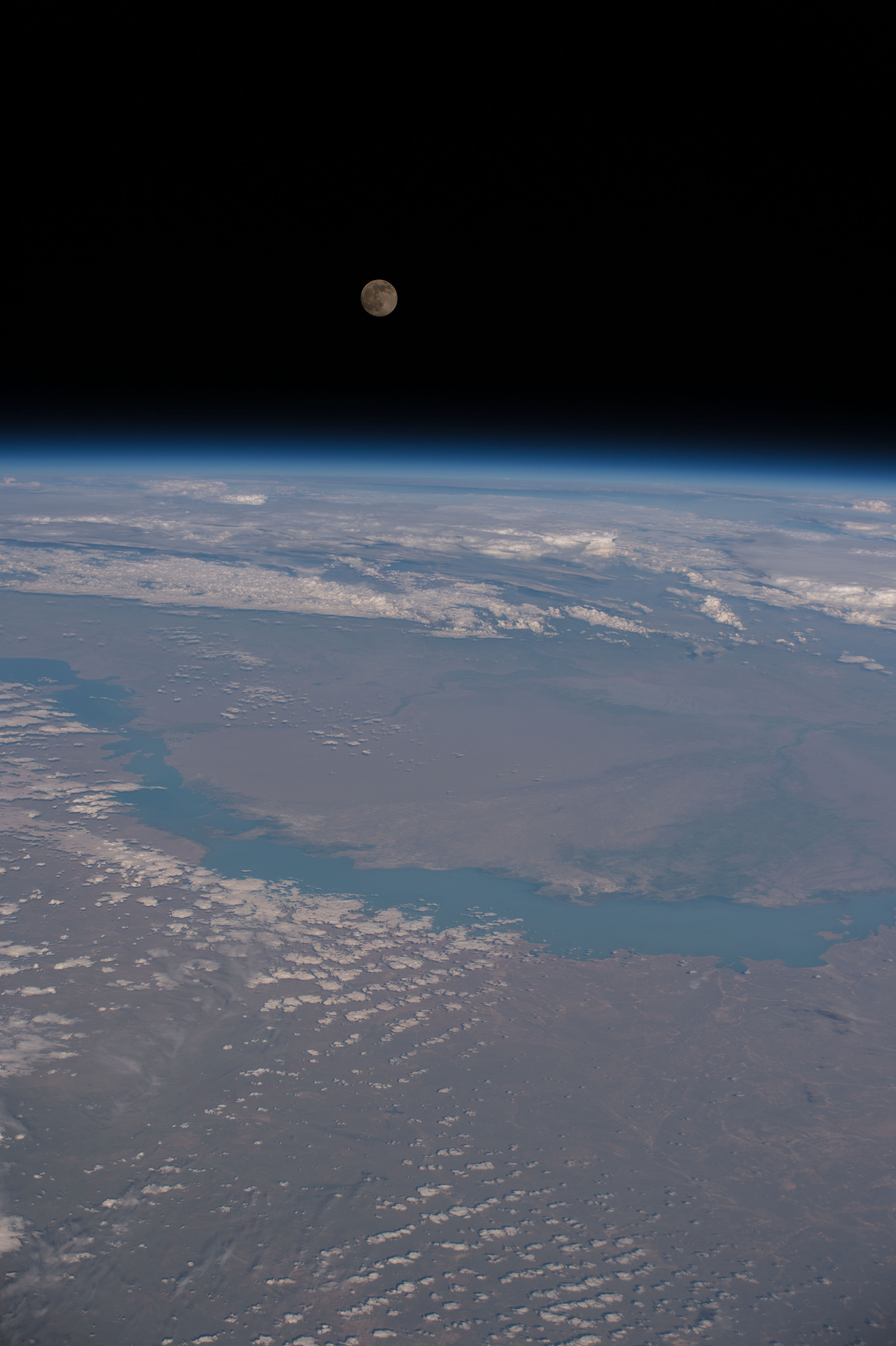 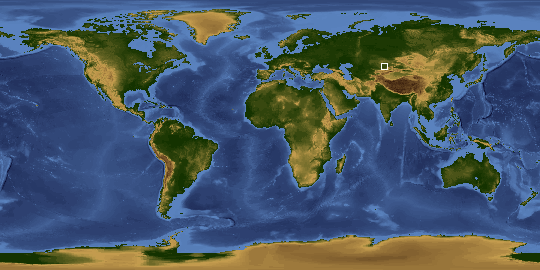 An astronaut aboard the International Space Station (ISS) took this photograph while flying over Asia and looking southeast toward the horizon. Astronauts have unique opportunities to photograph Earth from various angles while orbiting in the thermosphere layer of Earth's upper atmosphere.

In the foreground we see Lake Balkhash in Kazakhstan. The main sources of water for the lake come from the Ili and Karatal (also Qaratal) Rivers. The Ili River Delta is a megafan deposit that forms a conical shape along the shores of Lake Balkhash. The cloud-covered Tian Shan Mountains of northwest China feed snowmelt waters to the Ili River and Lake Balkhash.

Set against the darkness of space, the Moon appears to hover over the landscape. Astronauts on the ISS see the same lunar phases as we do on the ground. The steep color gradient in the upper third of the photo marks the edge of Earth's atmosphere and is known as the limb. The Moon does not have a gradually darkening limb because it lacks an atmosphere; the lunar limb appears simply as a sharp demarcation between the surface and the darkness of space.