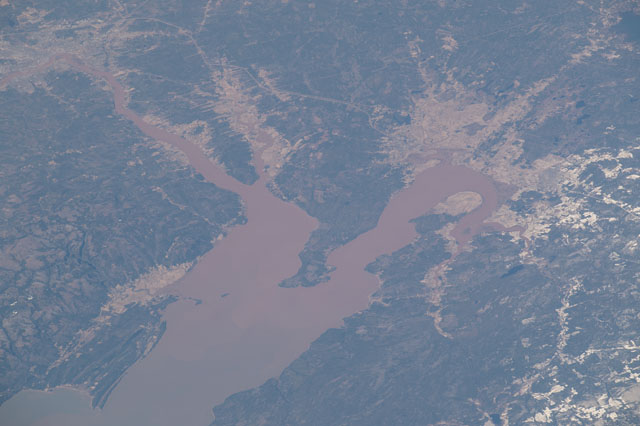 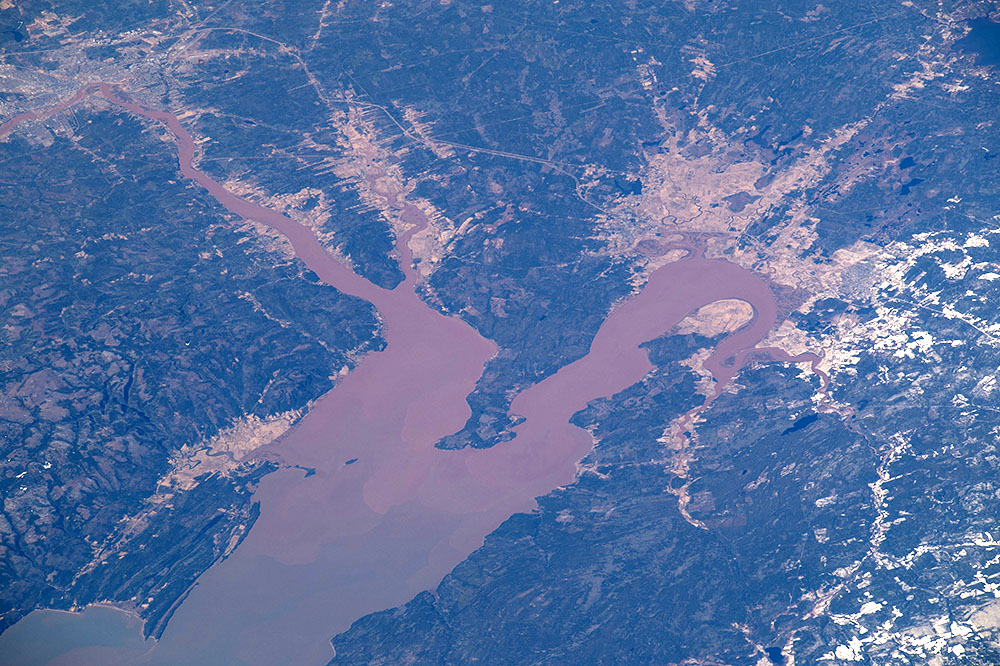 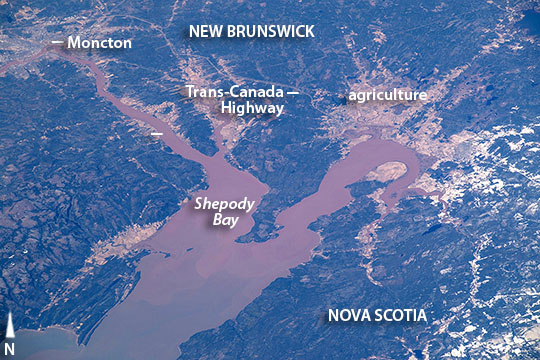 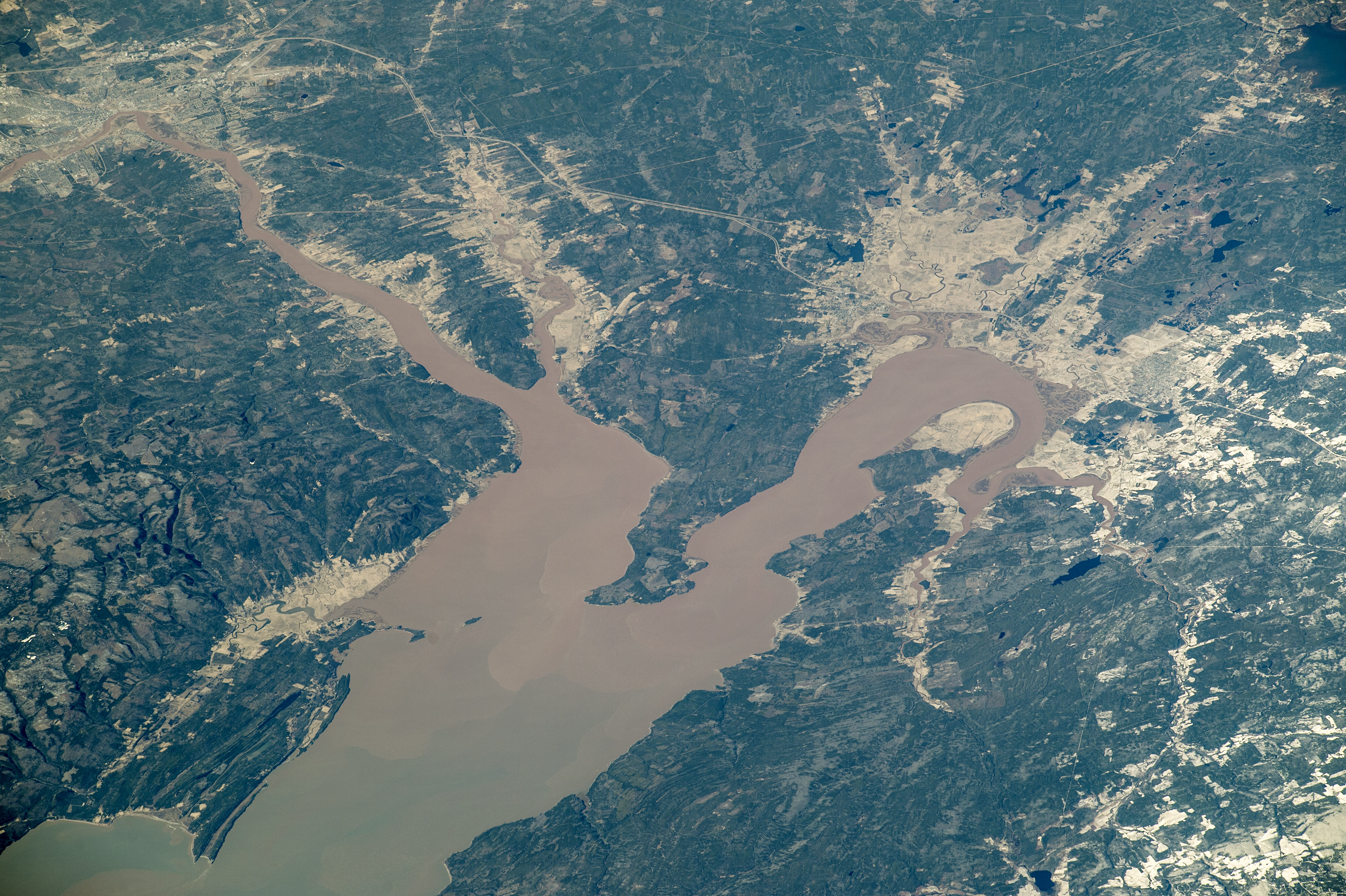 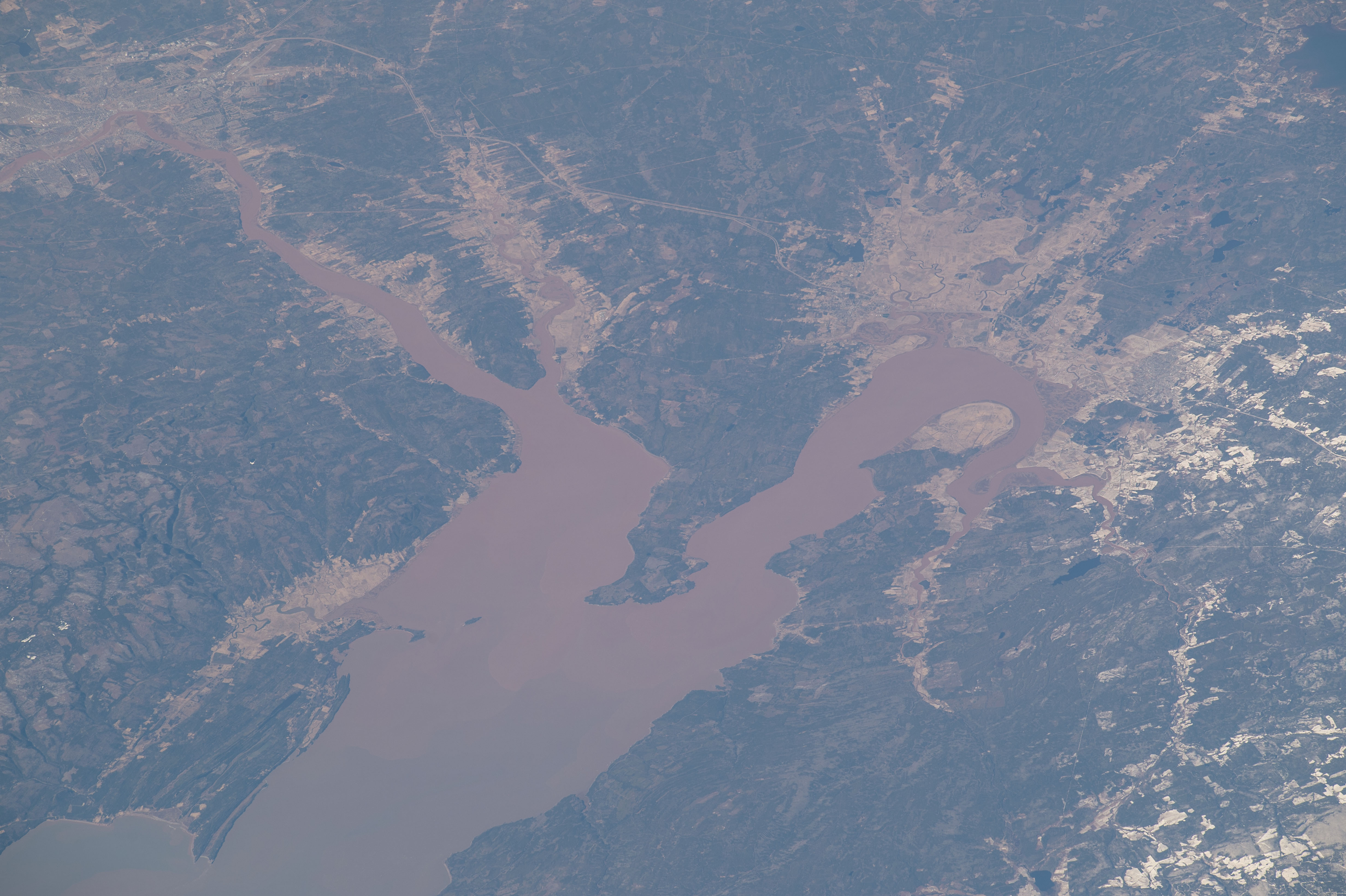 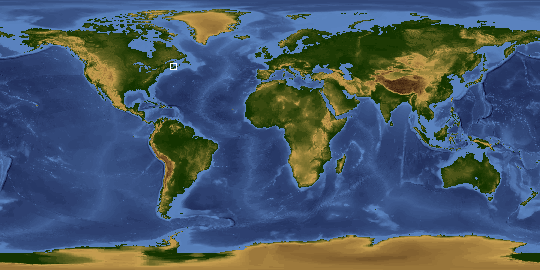 After passing above North America, a crew member aboard the International Space Station looked back at the coastline and took images of one of the continent's most famous bays. The crew focused on the upper 54 km (33 miles) of the 220 km-long (140 mile) Bay of Fundy where the highest vertical tidal range in the world has been measured. The city of Moncton (at image top left) is the light-toned area on the brown Petitcodiac River--also known as the Chocolate River. Other light-toned areas are agricultural fields that contrast with the dark greens of forests. The view shows the line of the Trans-Canada Highway that connects two of Canada's Maritime Provinces of New Brunswick and Nova Scotia to the Pacific Coast.

The narrowing of the Bay of Fundy along its extent has the effect of increasing the height of the tide so that the highest tides are measured at Shepody Bay (at image center) at the inland end of Fundy. Here a rise of 46 feet (14 m) is common. The highest water level ever recorded resulted from winds and very low pressures from a tropical cyclone--the "Saxby Gale" of 1869--which combined with a high spring tide to significantly increase the usual height of the water in the zone shown here to 21.6 meters (71 feet). The gale caused extensive destruction to coastal communities, wrecking ships and wharves, destroying miles of newly-laid railroad track, breaching dykes, and flooding the low agricultural areas shown in the image.

Each tide transports vast amounts of water. About 70,000,000,000 cubic feet (2,000,000,000 cubic m) flood in and ebb out twice per day. Measured in the central channel of the bay this flow represents the power of 8000 train engines or 25 million horses. Tidal energy for hydroelectric power generation is thus an item of keen interest in the region. But the engineering difficulties added to the great costs and environmental concerns have so far prevented any development.