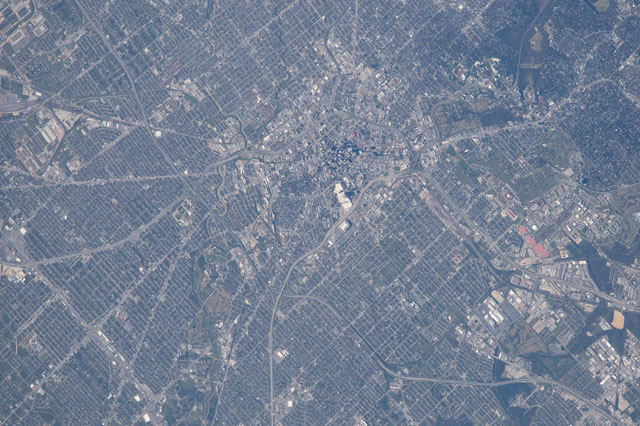 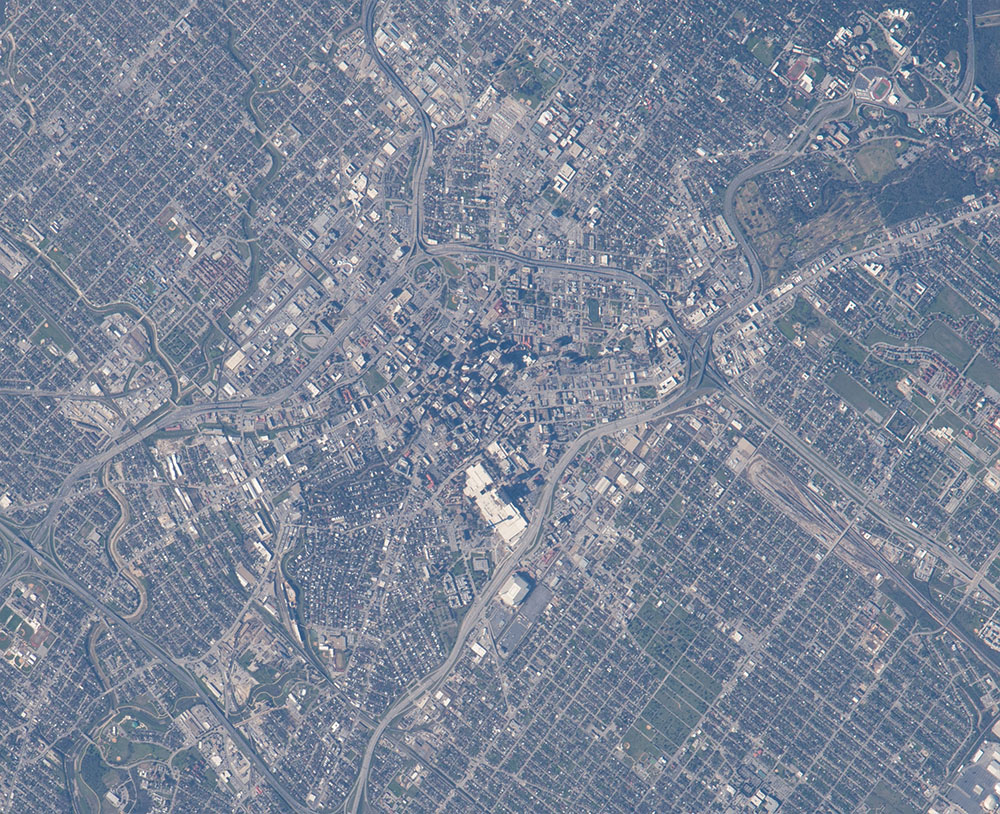 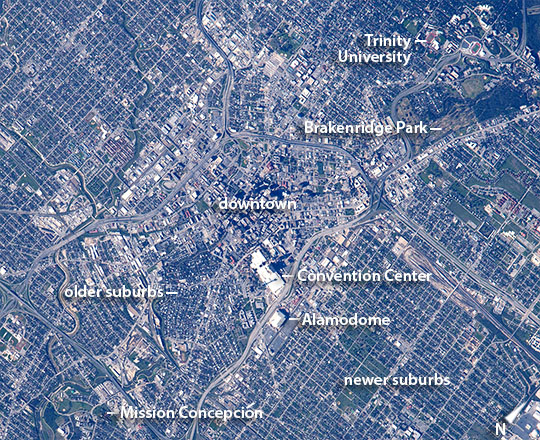 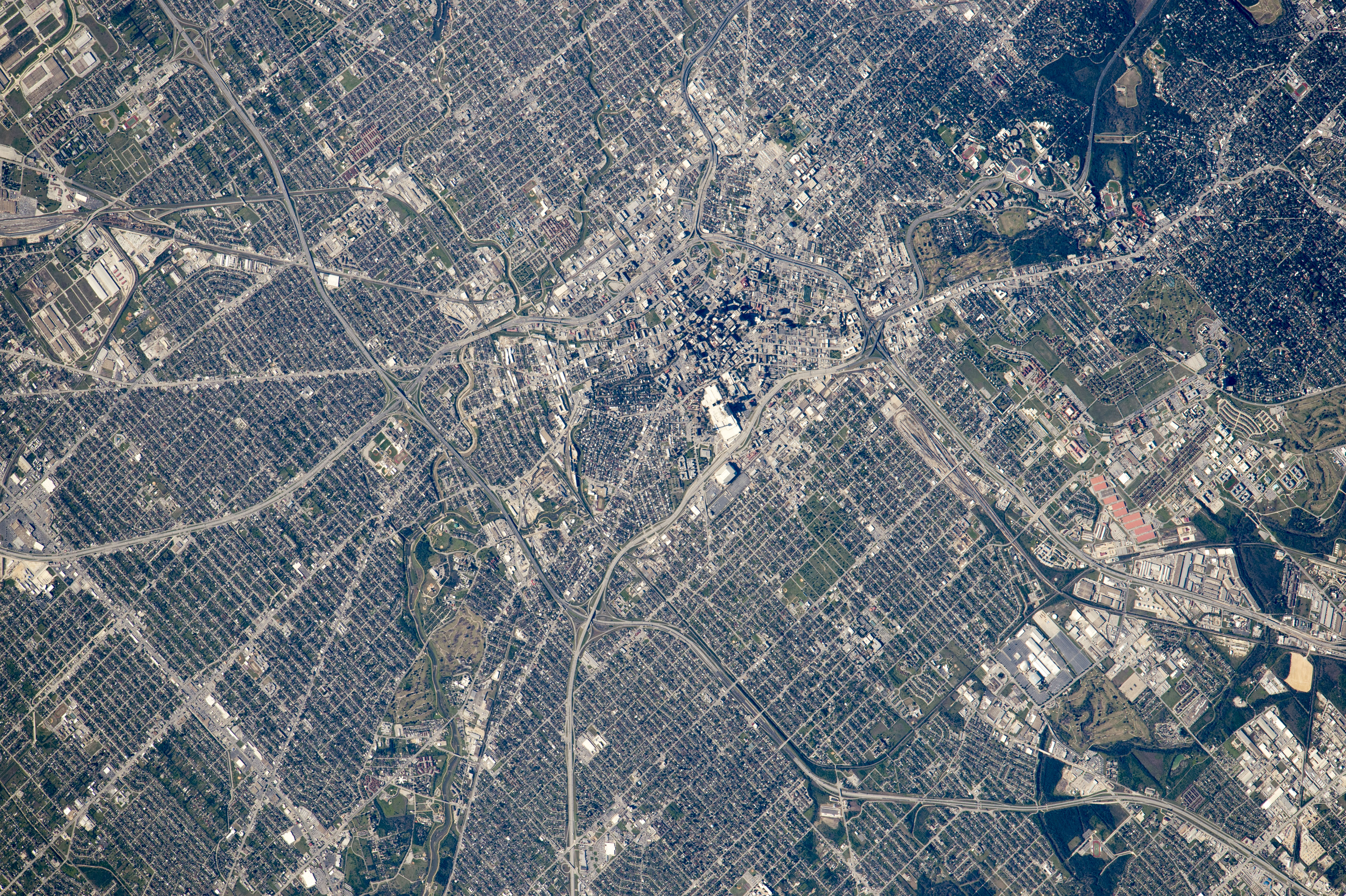 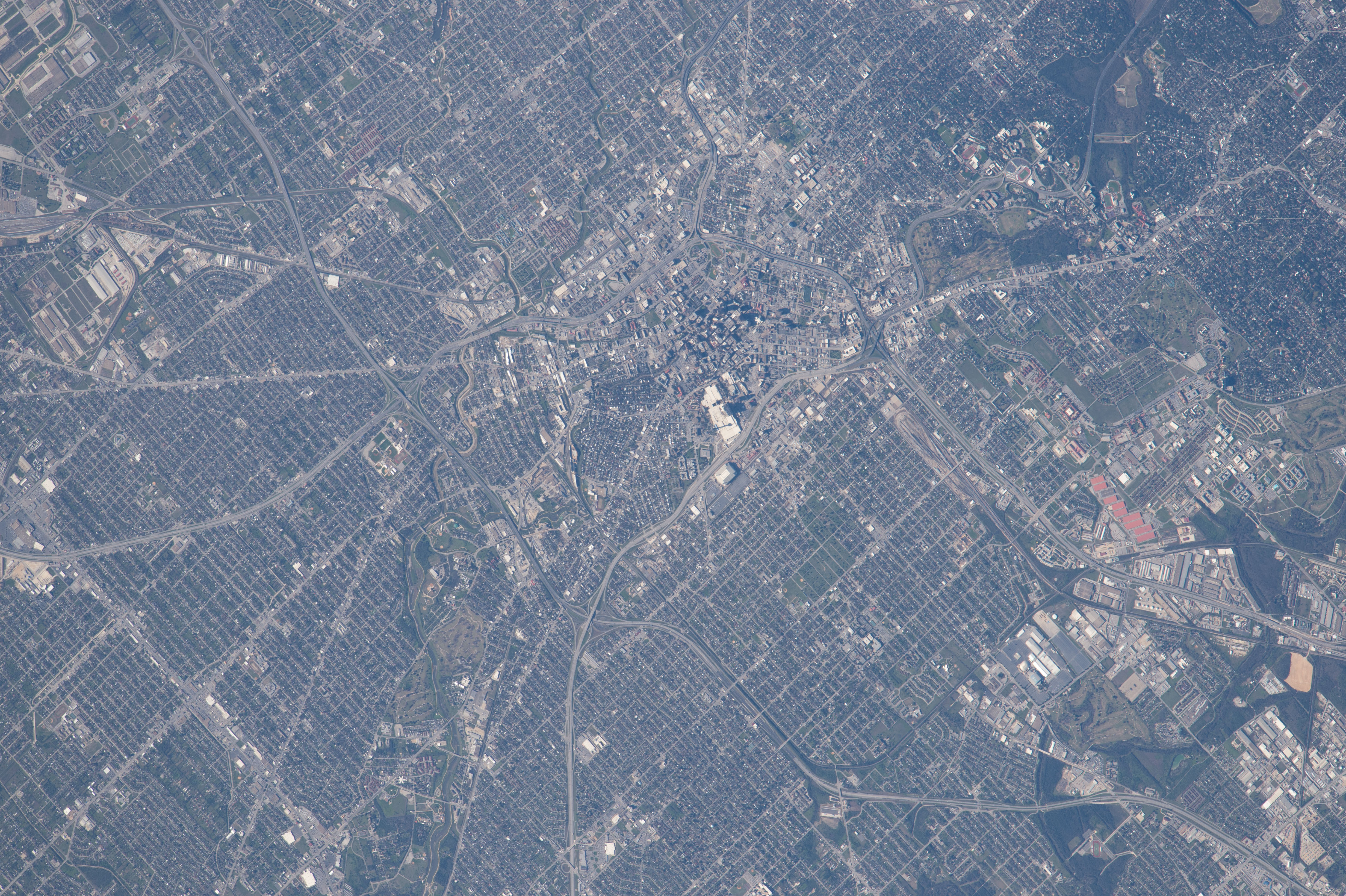 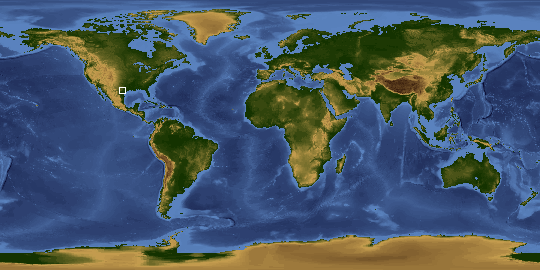 A crew member aboard the International Space Station took several detailed images of San Antonio in central Texas. Founded in 1691, San Antonio has been central to the history of northern Mexico and the southwestern USA. Several streams (image left) served as the original center of population in the region. High rise buildings in the city center cast long shadows. The Convention Center complex and the Alamo Dome sports complex dominate the view of the city center from space. This detailed image even shows the shadow of the 750-foot tall (355 meters) Tower of the Americas falling across the convention center roof. Immediately south and east of downtown the small nineteenth-century residential zone of the city appears as a dense non-orthogonal street pattern -- quite unlike the newer suburbs which show a more rectangular pattern and cover much wider areas. The city now ranks as the seventh most populated in the USA with a population of 1,409,000, and boasted the fastest growth in the country between 2000 and 2010.

Major interstate highways cross the image as gently curving features that compete with the stream courses as visual features. Campuses of two universities, Trinity and Incarnate Word, extend the green space of the large Brackenridge Park (image upper right). Inhabitants are justly proud of the historical heritage of the city which includes six preserved colonial mission churches. The mission nearest the city center, Mission Concepcion, lies south of the city (image lower left). The convention facilities and the historical character of the city bring 26 million visitors to the city every year.