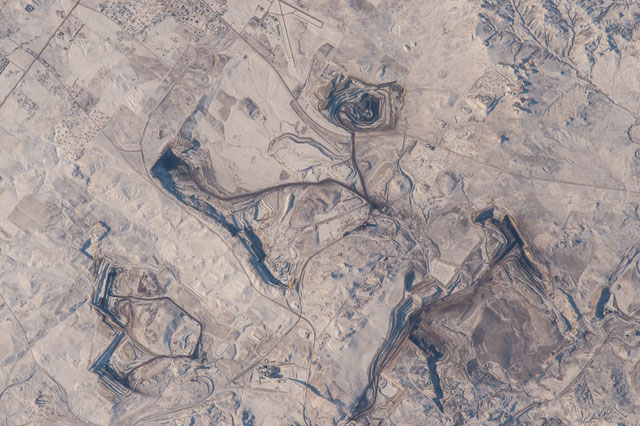 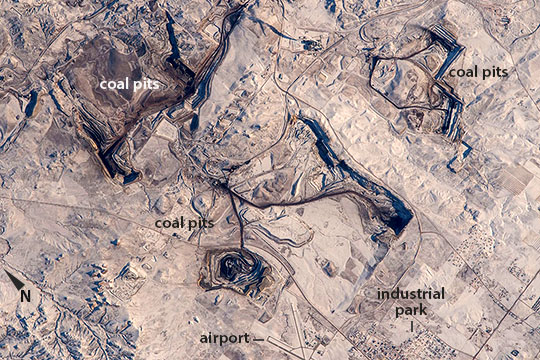 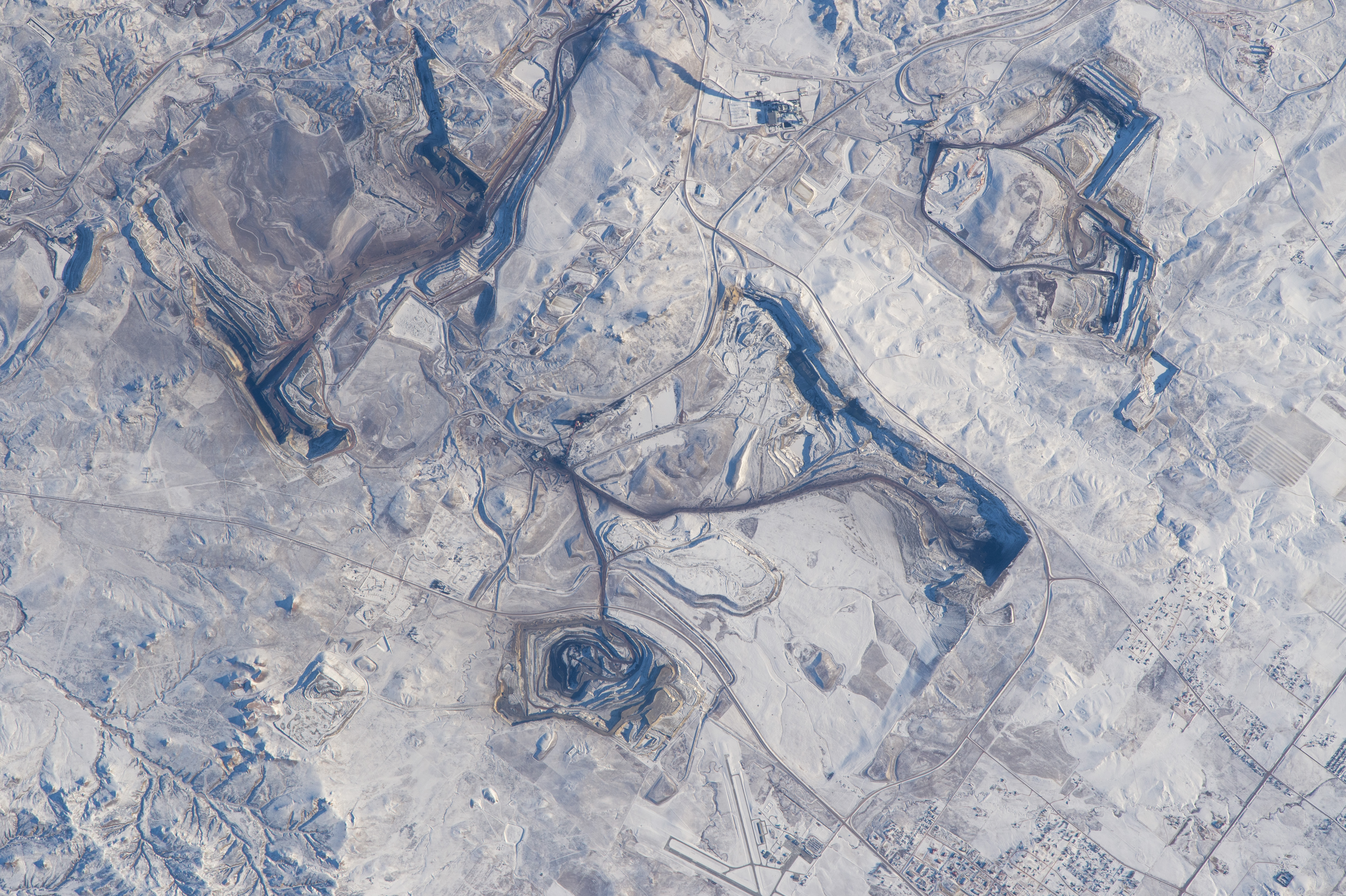 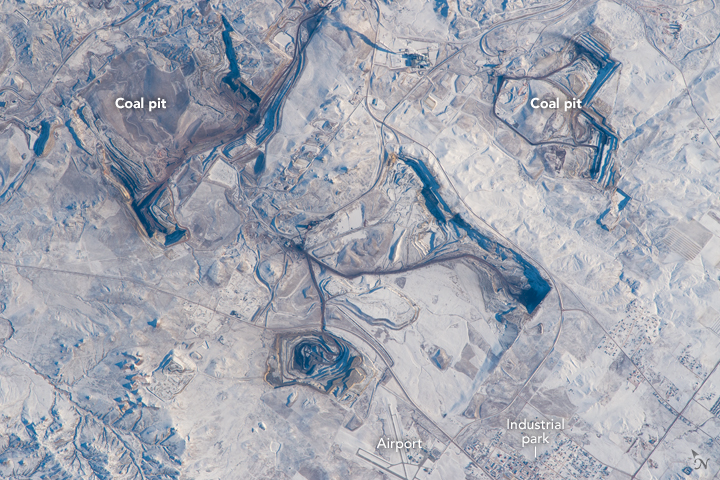 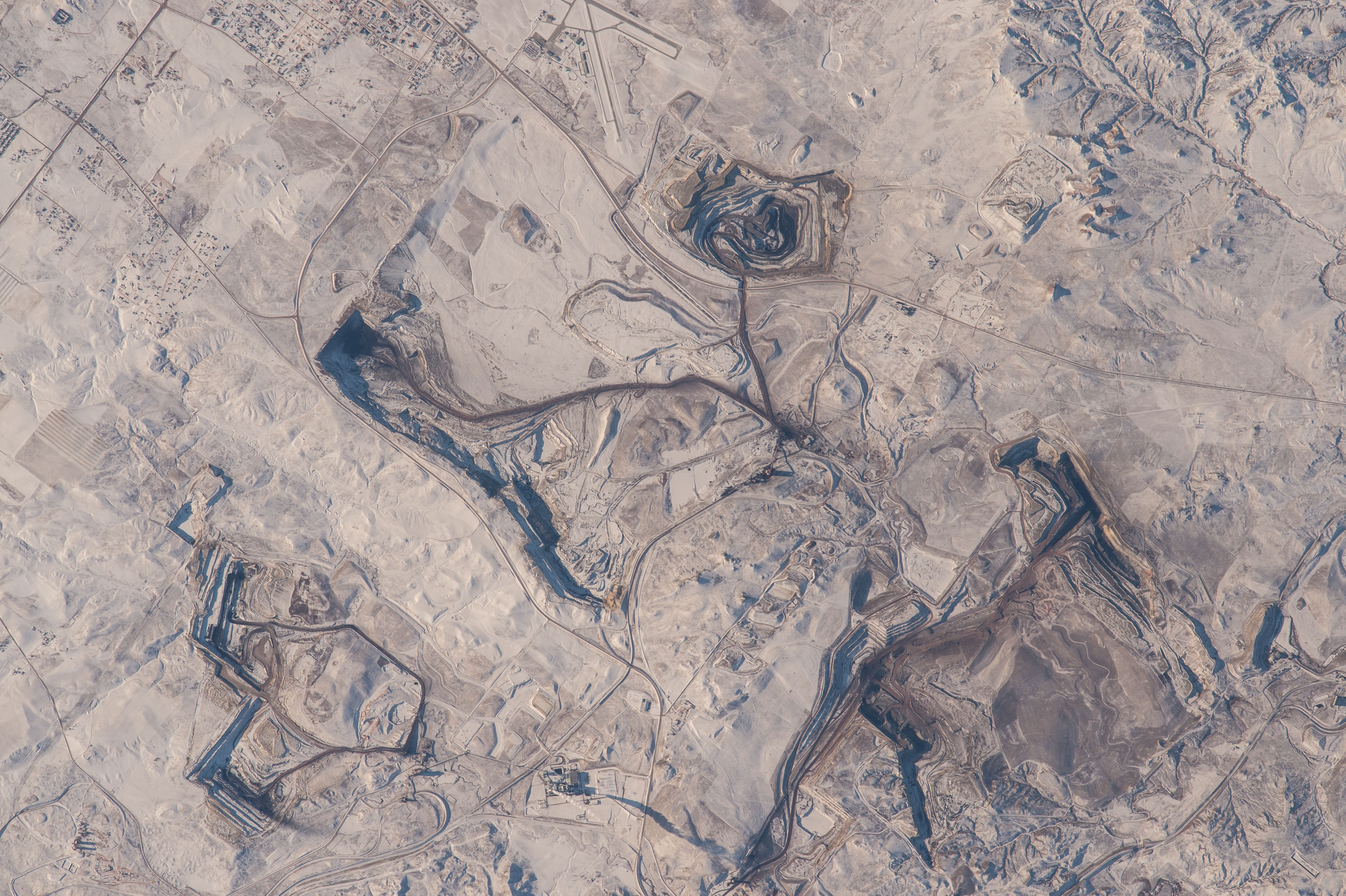 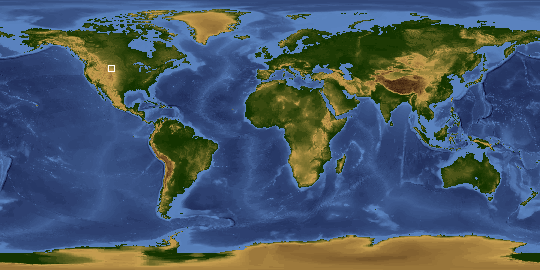 Orbiting over the Pacific Ocean towards the west coast of the US, an astronaut aboard the International Space Station took this detailed image using the longest lens available (1150 mm) on the Space Station--camera, lens and teleconverter weigh 13.4 lbs (6.24 kg) on the ground, but nothing in the weightless environment aboard the ISS, allowing freer handling by the astronaut. The image shows angular gashes in the snow-covered landscape of northeastern Wyoming. The features that caught the astronaut's eye are the open-cast pits of the several coal mines that operate out of the small town of Gillette, in a region known as the Powder River Basin, situated between the Bighorn Mountains and the Black Hills. The Powder River Basin is now the major source of US low-sulfur coal, making Wyoming the largest coal-producer in the US. With other mines (not shown in this image), the county where Gillette is situated has the highest average income in the state of Wyoming--although employment in the energy industry has started to decline slightly in the last few years.

The outskirts of Gillette appear at image lower right. The coal lies at very shallow depth, making it economic to mine. The steep walls of the overlying rocks cast strong shadows in this snowy scene. Wind distributes coal dust so that the pits appear much darker, especially the largest pit in the view (image upper left). For scale, the longer arm of the Gillette airport (lower margin center) measures 0.9 miles (1.43 km). A summer view of another coal mine nearby in the arid landscapes of the Powder River Basin can be seen here.