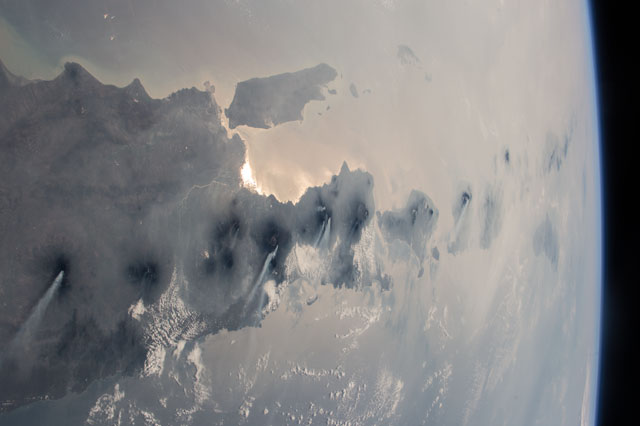 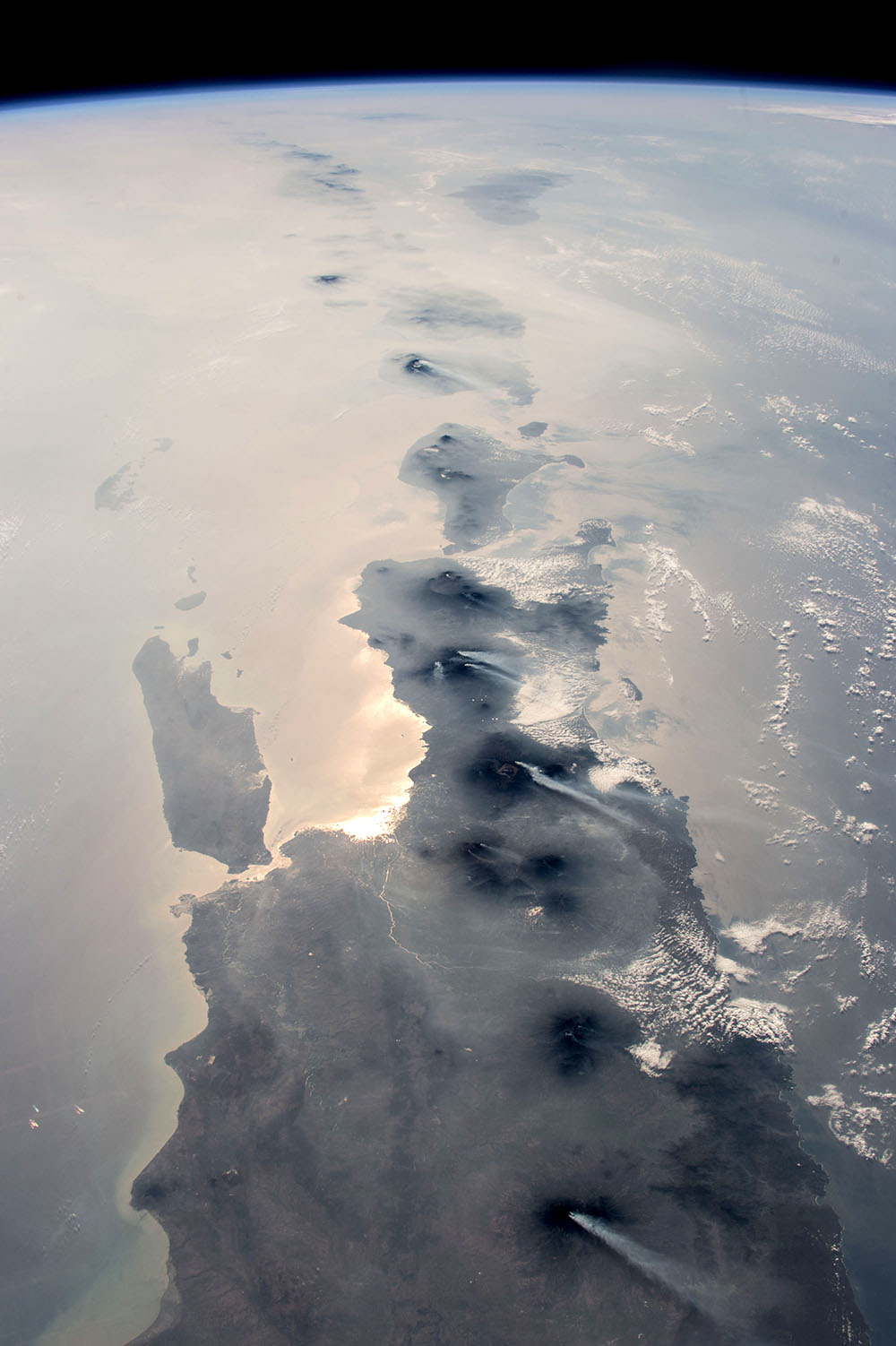 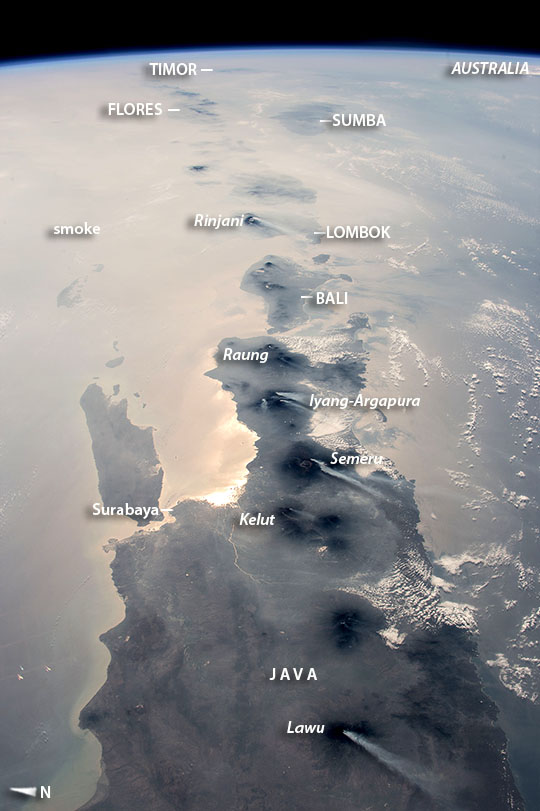 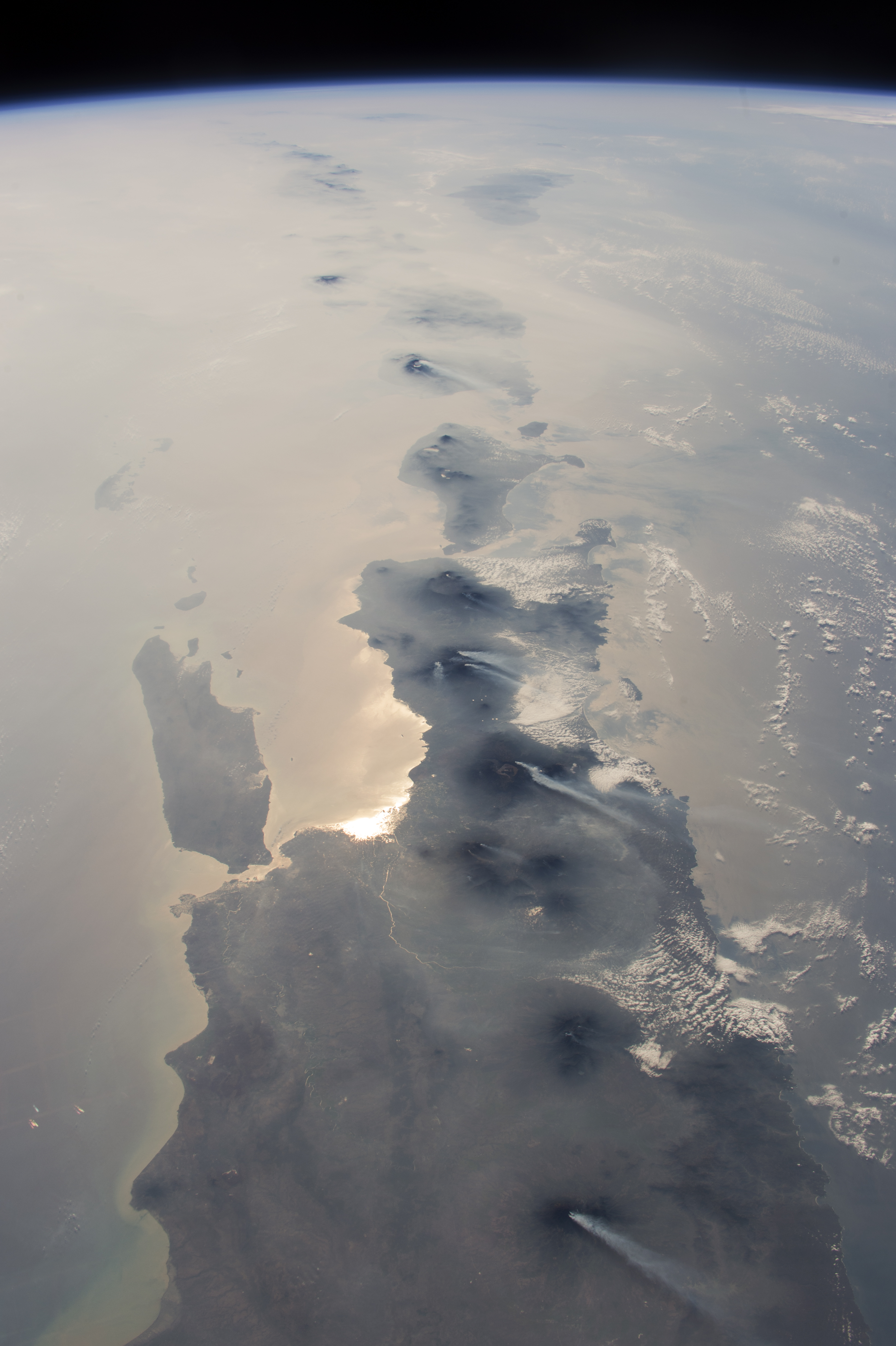 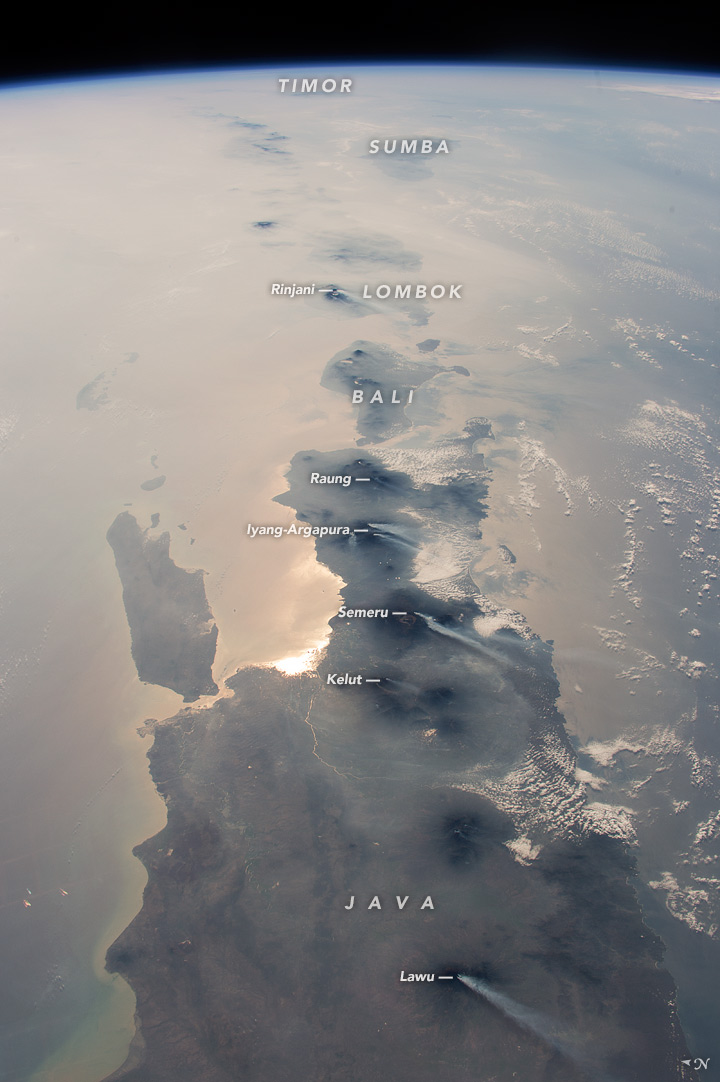 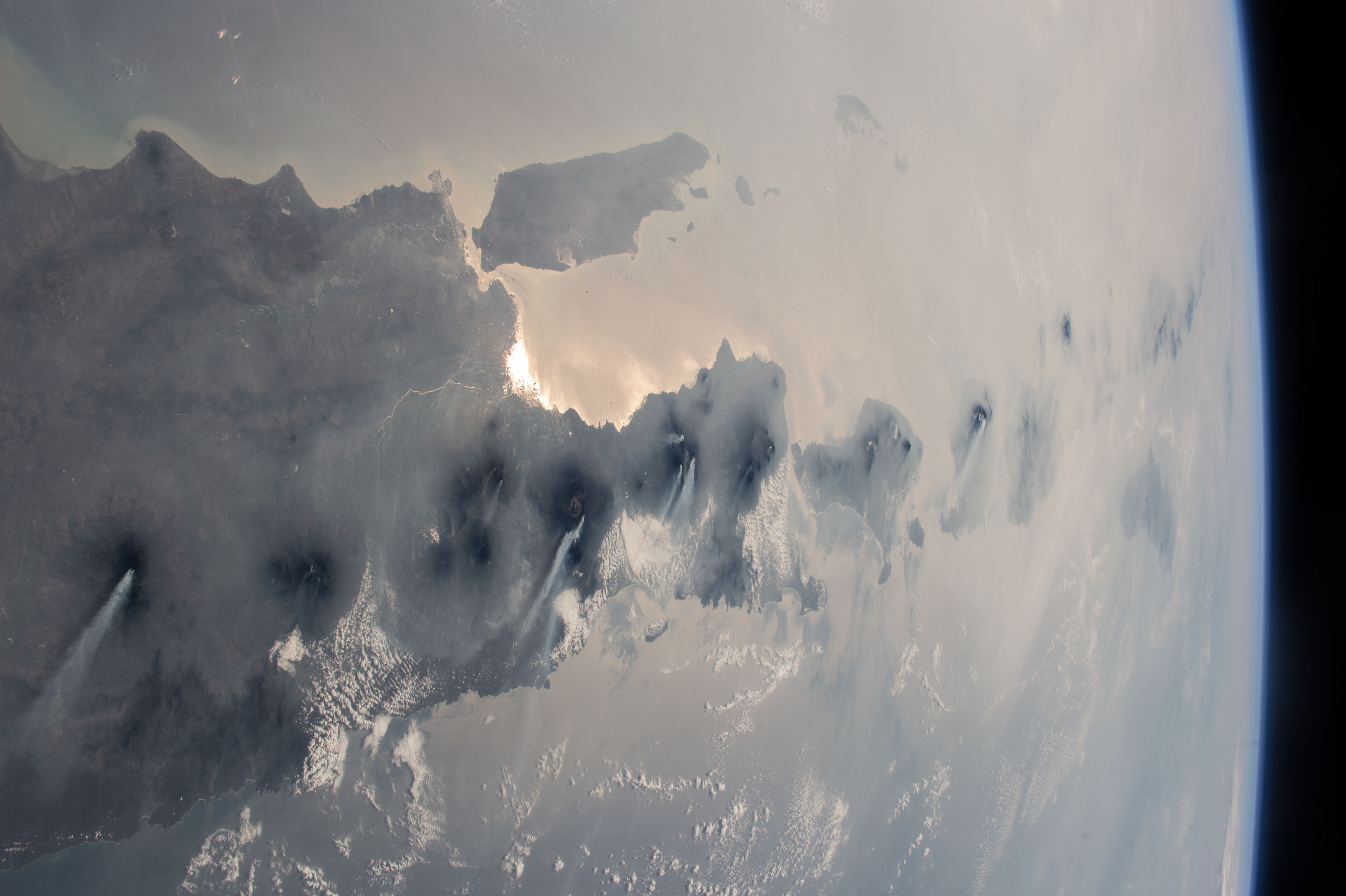 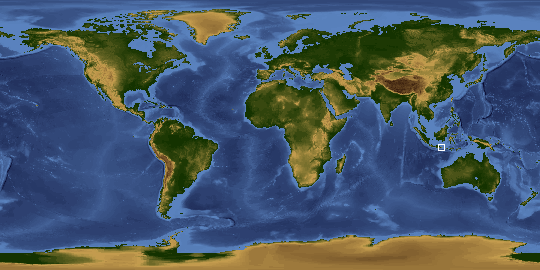 As an equatorial country, astronauts usually see Indonesia partly obscured by cloud. An astronaut aboard the International Space Station took this opportunity of a storm-free day to photograph nearly half the length of Indonesia's main island chain. With a short lens and looking all the way to the horizon for a panoramic effect, the astronaut captured the vast view under clear skies but also under a murky, region-wide smoke pall. (Smoke derives from lightning strikes and forest clearing by humans in both Indonesia and nearby northern Australia, also photographed by astronauts. Java is in the foreground, Bali (image center) and Lombok beyond, and smaller islands trailing off eastward. More distant islands near the horizon such as Sumba and Timor are almost invisible, more than 1000 miles (1600 km) distant from the spacecraft.

Against this background of regional smoke, the line of volcanoes appears in sharp detail--with white plumes showing that at least six volcanoes (named in italics) were emitting steam and smoke on this orbit. Even though the plumes are short (80 km, 50 miles), they are prominent because the volcanoes penetrate above the smoky air layer. The plumes also attract attention because they are strikingly parallel, aligned with winds from the northeast. Daily earth observations messages are sent to the astronauts, with a world map to alert them to dynamic events that include volcanic eruptions and smoke at specific points in the parts of the planet they are able to see.

Volcanoes are the backbone of the islands in this view. The islands are formed by the Australian tectonic plate (right side of the view) moving north, colliding with the Asian plate (left side of the image). The sun's reflection off the sea surface is brightest where it penetrates the smoke at Surabaya (population 2.8 million, 2010), Indonesia's second-largest city. The island of Flores (image top left) was much in the news in 2003 when remains of the short 3.3 foot (1 m) "hobbit" hominid (member of the human lineage) were discovered there. A layer of cloud obscures Northern Australia (image top right).