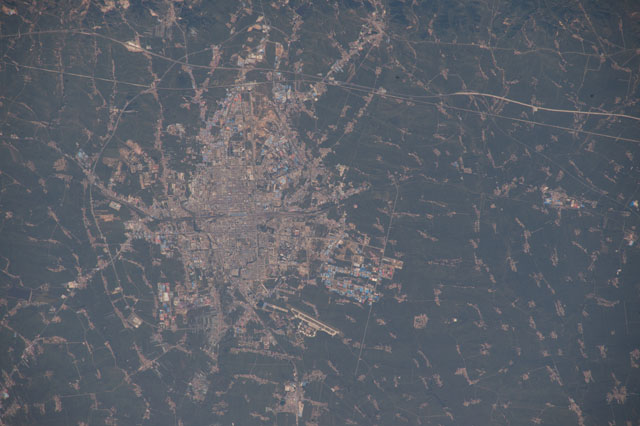 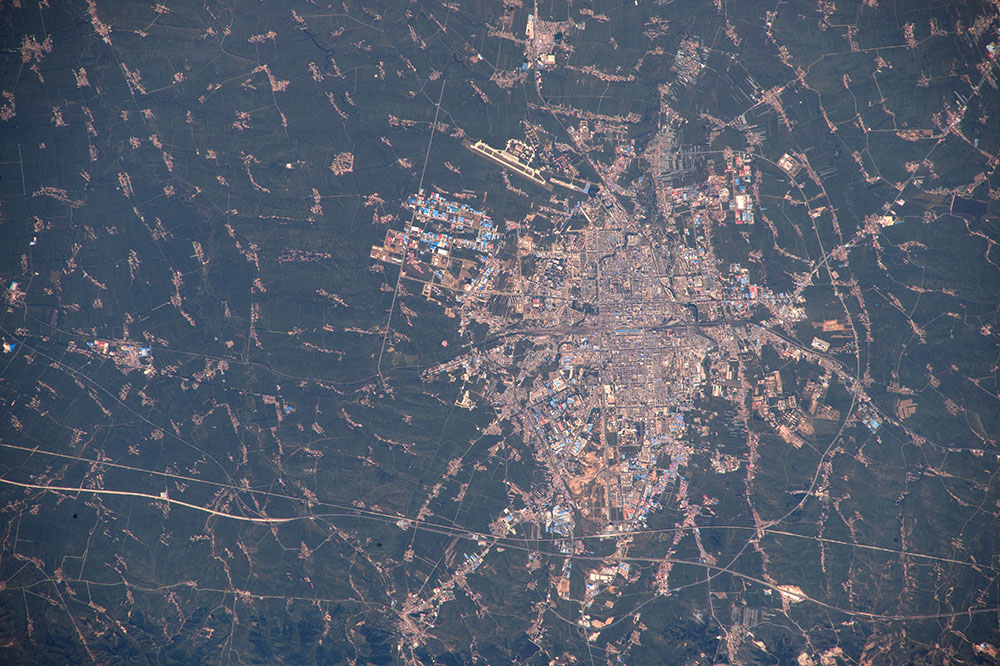 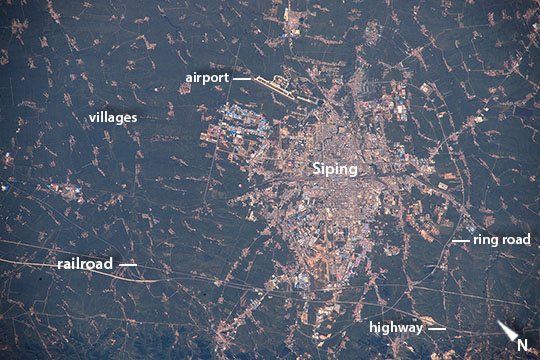 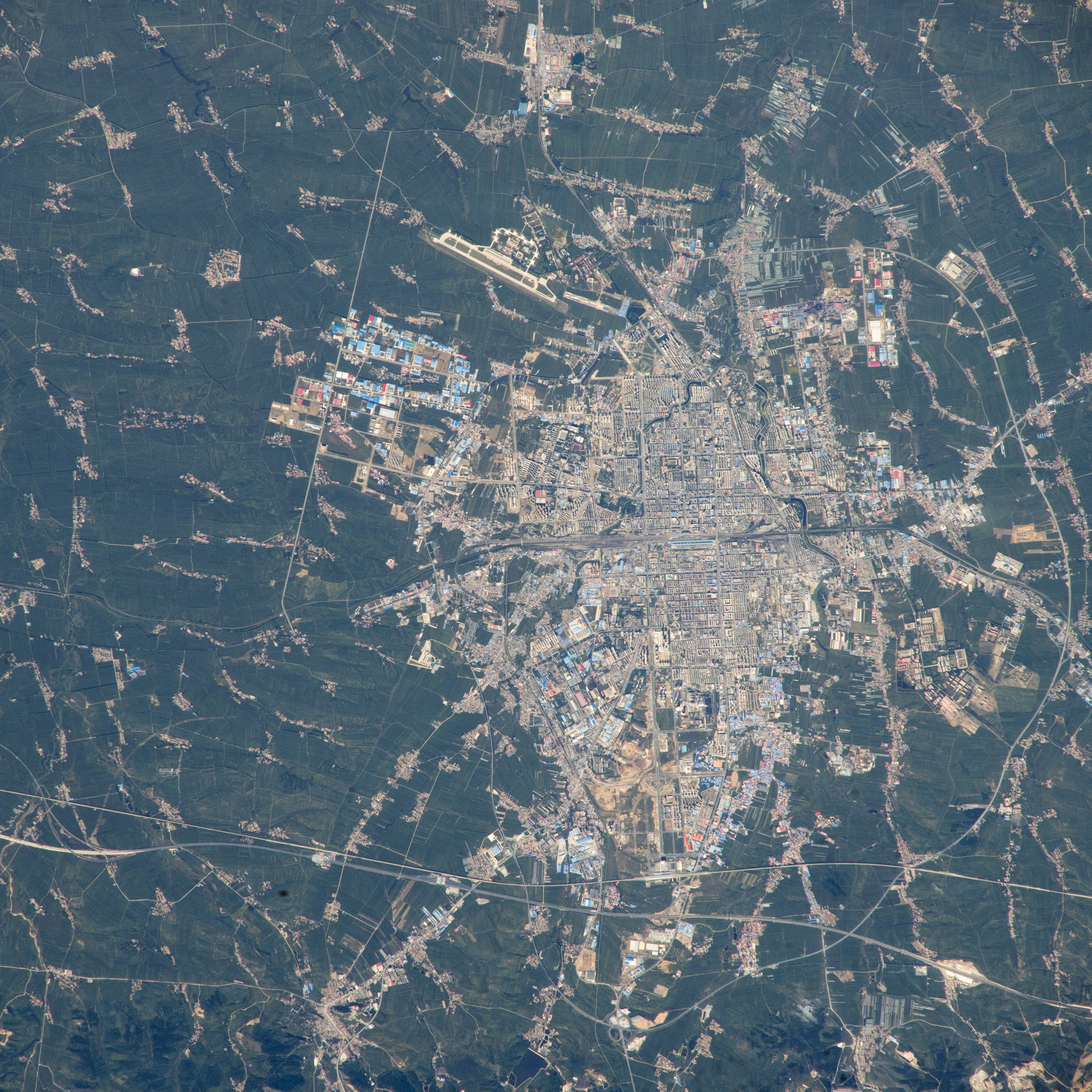 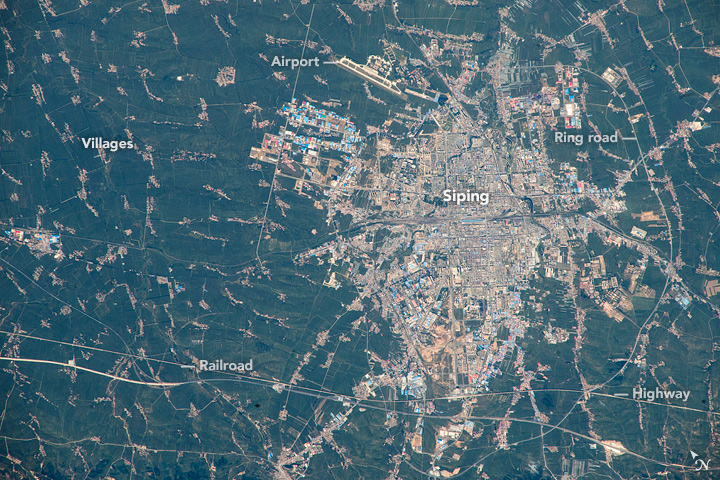 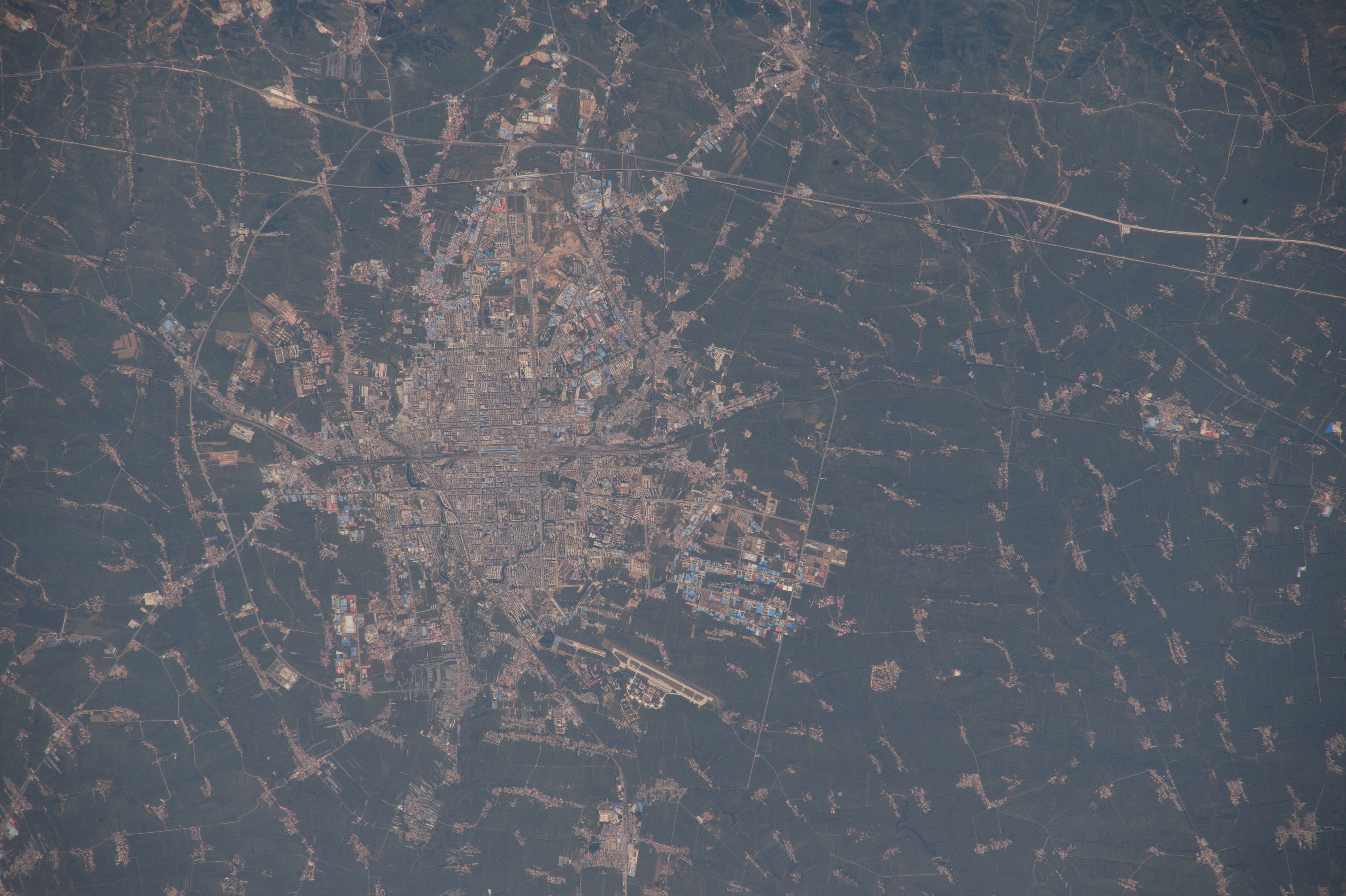 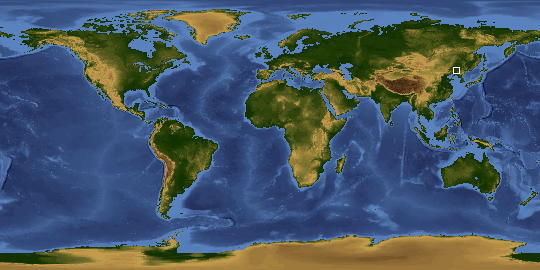 Some parts of the world display such unique human patterns that astronauts learn which country they are overflying just by looking out of windows in the International Space Station. This astronaut digital photograph of China's northern province of Jilin, shows a pattern of small, tightly packed villages, the classic pattern of rural China. The villages are typically less than 2 km (1.25 mi) apart (image left and far right) set within a landscape of dark green agricultural fields. The light-toned villages are elongated along local streams. By contrast, North America seen from space looks markedly rectangular because of prominent field boundaries -- which also give astronauts an instant sense of direction because they are mostly aligned north-south/east-west

Prominently overlaid on this ancient pattern is the large modern city of Siping (population 615,000 in 2010), with associated features of nearly straight highways and railroads, a ring road, and an airport (its length, which give a sense of scale: 2.4 km, 1.5 mi). Siping began its growth in the early 1900s when the first railroad connected it to the coast. Battles were fought here during the Chinese Civil War (1927-1950), devastating the city.