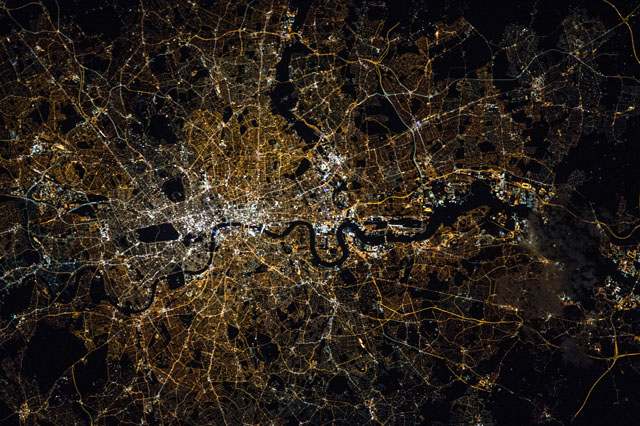 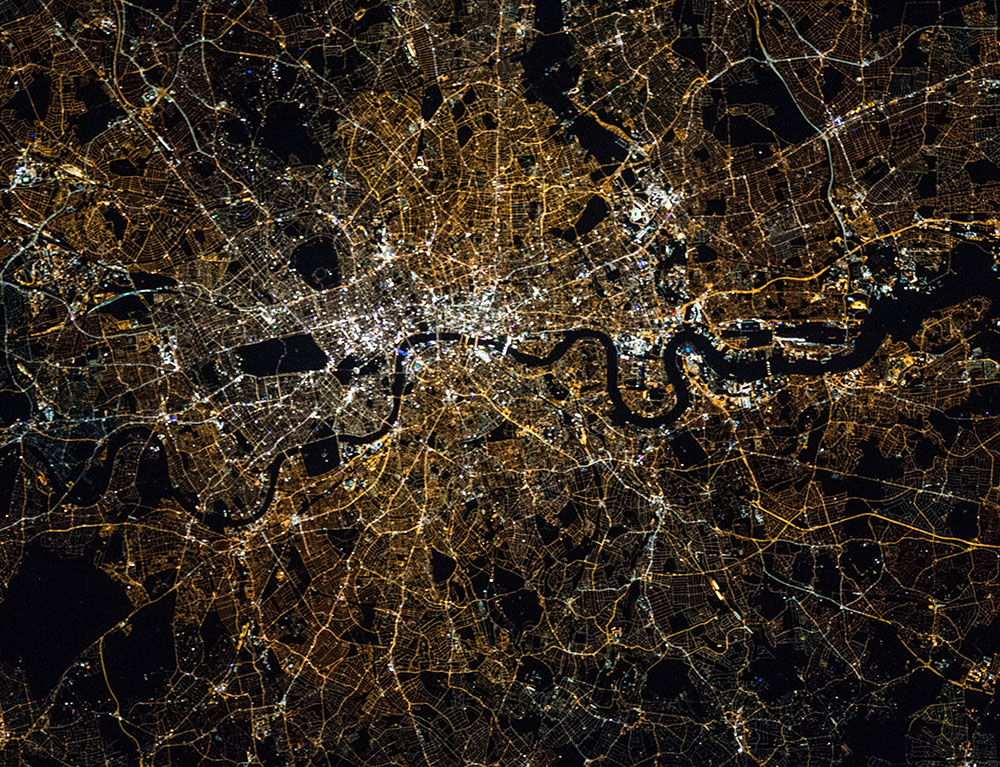 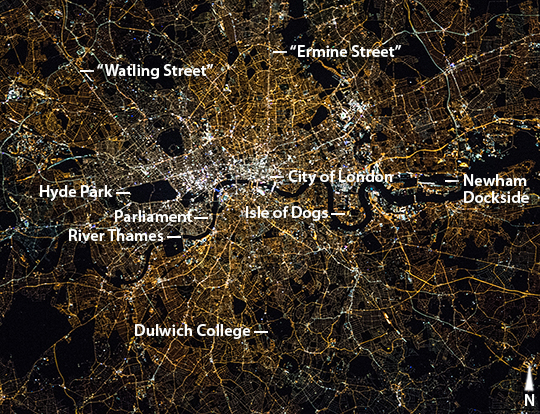 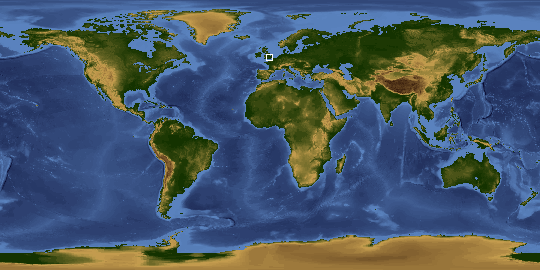 Crews aboard the International Space Station take special care to acquire crisp night shots. Here much of the London region is visible in a single view, showing especially population densities and most of the roads. The main features are the progressive concentration of lights and the change to whiter lights towards the commercial center of the city, especially the small zone known as the City of London with its financial institutions (image center). The central zone lies on the meandering River Thames where it has for centuries. The river widens downstream as it approaches the sea (image right). Several bridges cross the river, the brightest being Tower Bridge. Major open spaces are black in this city known for its profusion of parks. One of the largest in the view is the famous Hyde Park (image center left) in London's West End. Other open spaces are college grounds (e. g., Dulwich College, lower center), cemeteries and golf courses. The best-known parts of the city is the political zone--Whitehall and Parliament--lie just outside the brightest zone.

The Port of London, now the United Kingdom's second largest port, stretches along the Thames from the City of London downstream past the Isle of Dogs (as the large meander is known), and beyond the image margin (image far right). The port displays a subtle but different lighting pattern from space. The port zone, with its associated industries, is marked by patchy dark zones of the open water at the various docks (e.g., Newham Dockside is one of the most visible) interspersed with very bright spots at port installations.

A striking feature of the night image are the two remarkably straight and well-lit roadways extending north from the city center (image top left and upper center). These modern roads almost exactly follow the Roman roads known as Watling Street and Ermine Street. Within London Watling Street is mainly today's Edgware Road, and Ermine Street is the modern Kingsland Road in part. But the Roman roads were hundreds of miles long, built to administer all of England. Watling Street connected the coast at Dover with the northwest parts of England. And Ermine Street connected London to the great city of York in the north of England. With the location of the city center on the river, these roads are prime examples of patterns that persist in the geography of cities for centuries.