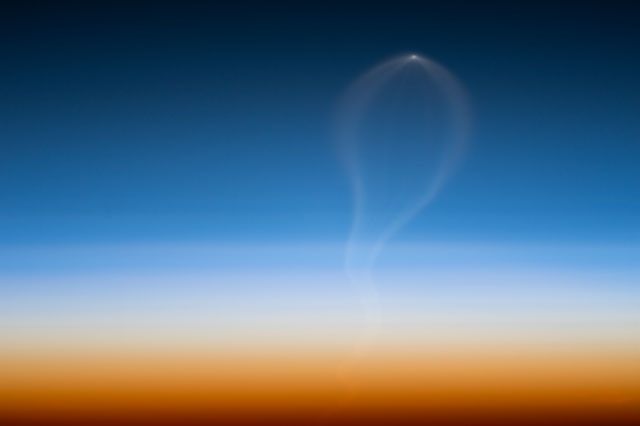 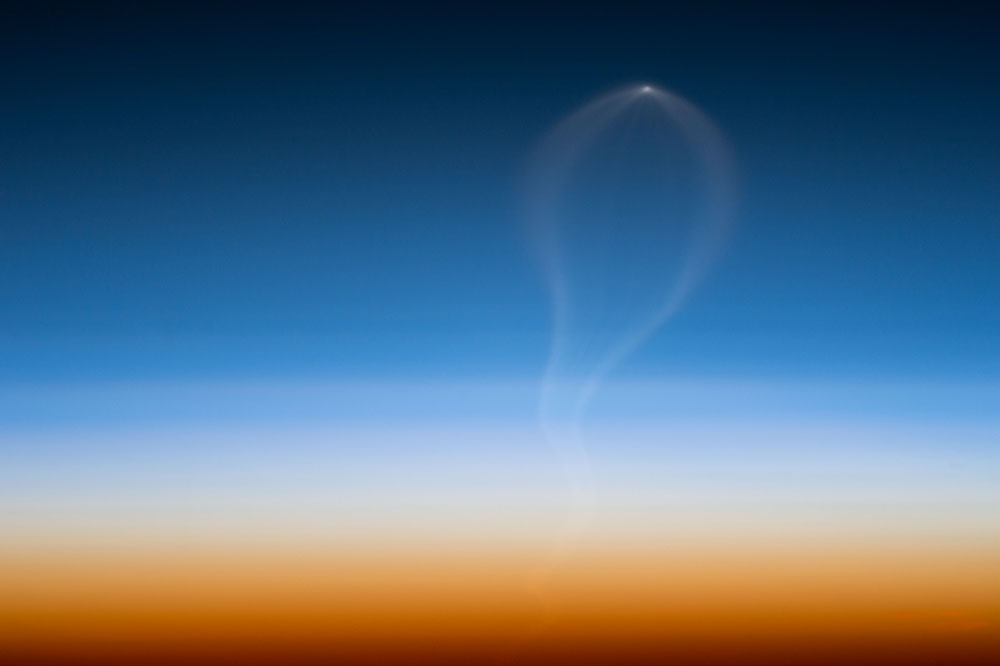 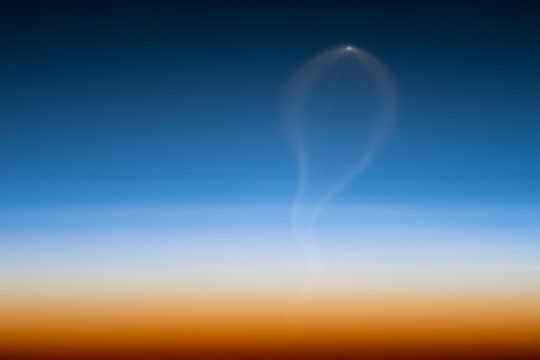 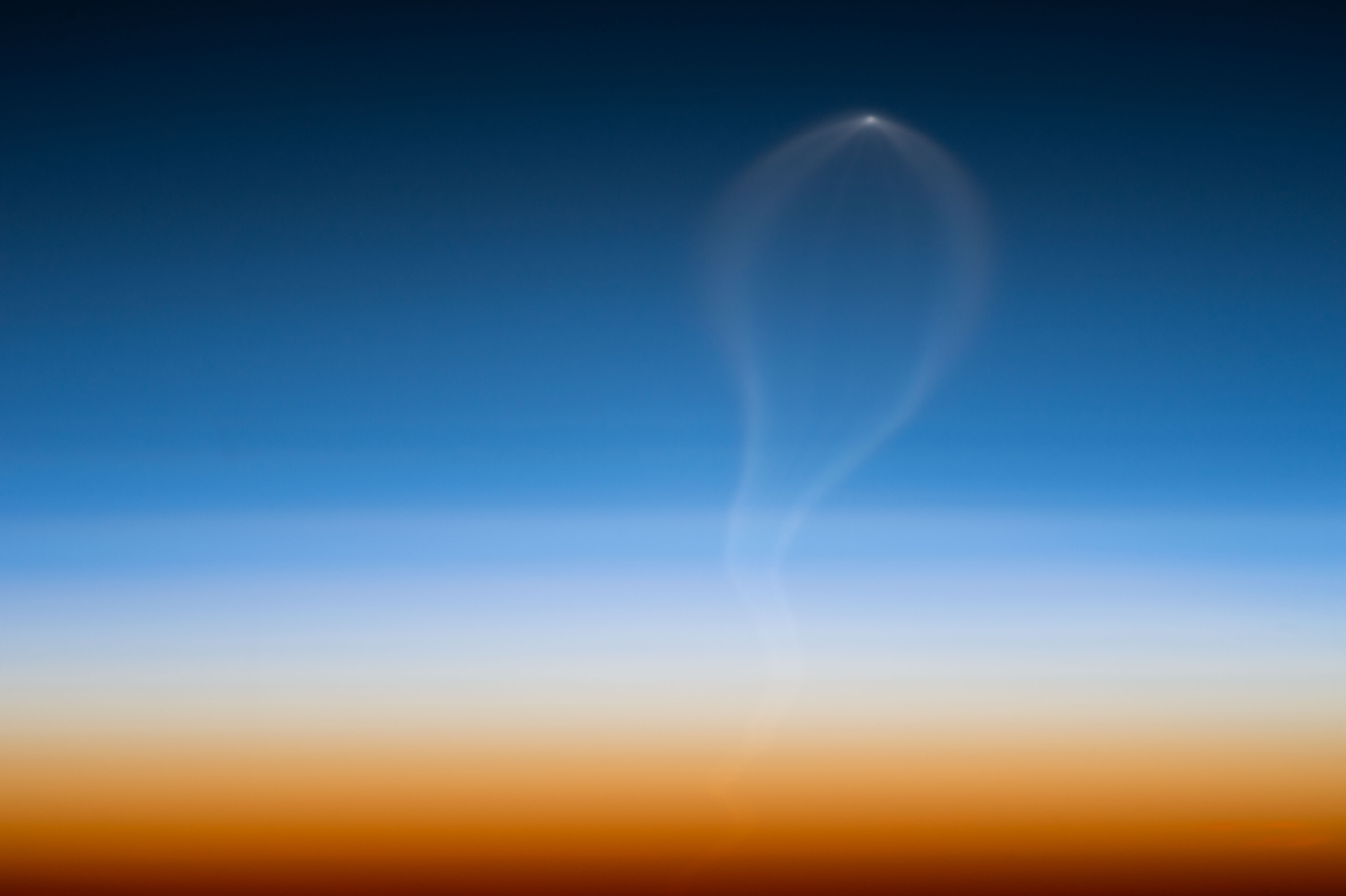 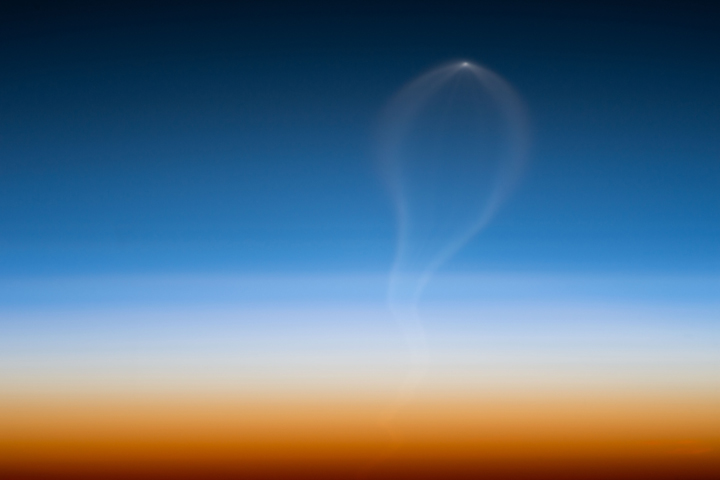 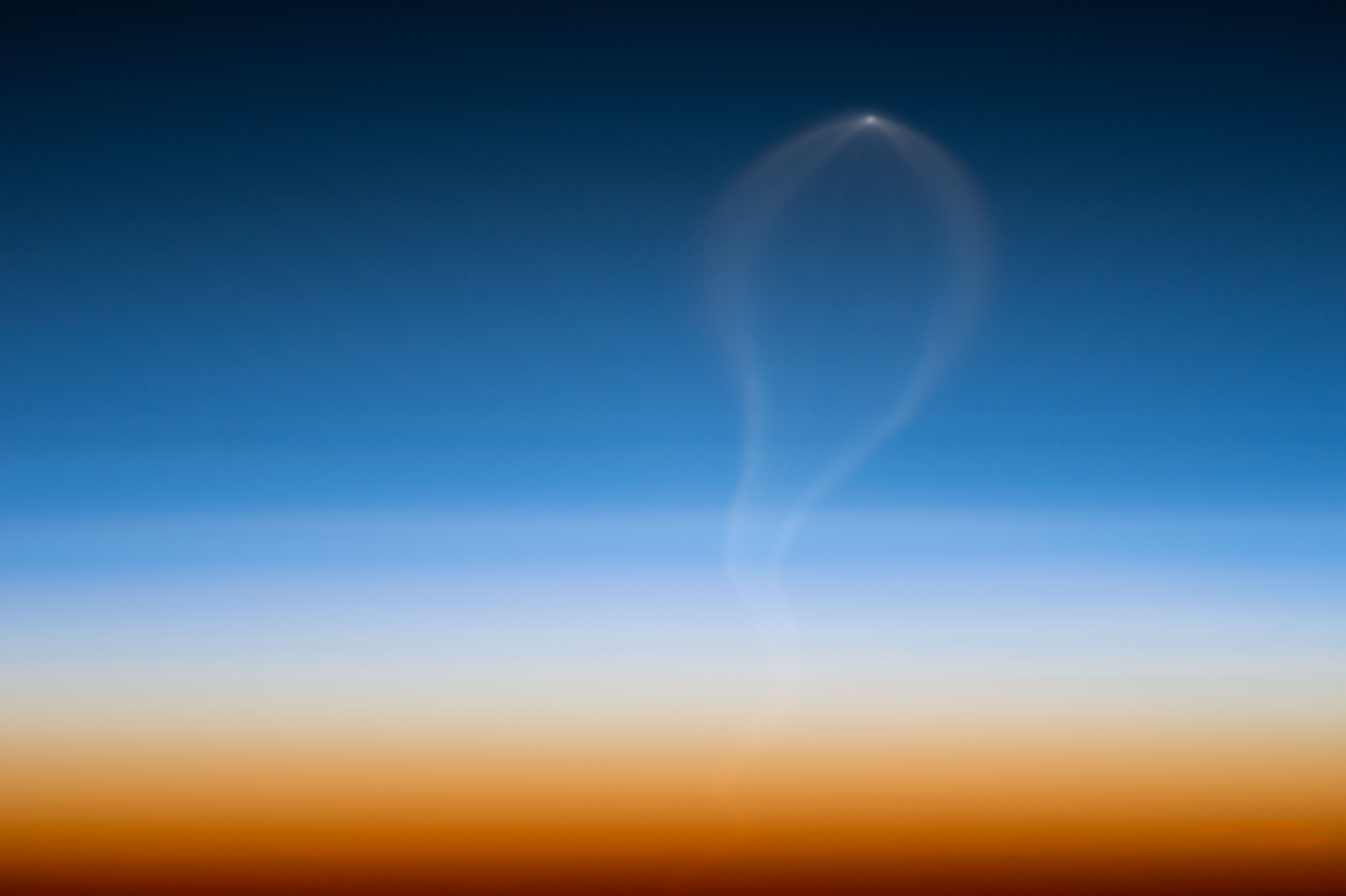 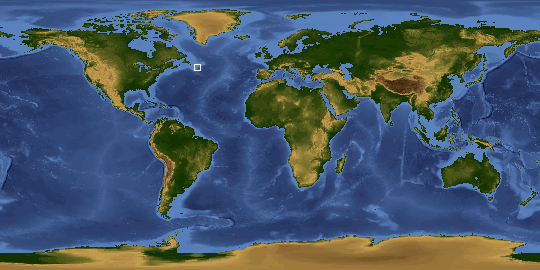 What does a spacecraft look like as it enters space shortly after launch--as seen from space? Astronauts aboard the International Space Station (ISS) were waiting to observe the launch of the Cygnus Commercial Resupply Services spacecraft on December 6, 2015. Powered by an Atlas V rocket with engines firing for ~18 minutes, this image was taken 4 min 12 secs after launch as the crew looked southwest into the dusk sky to shoot this unusual image. Using a powerful lens an astronaut captured the spacecraft with the Atlas engines firing, with long tendrils of exhaust trailing back toward Cape Canaveral in Florida--to the lower margin of the image where it is lost in the bright layers of the atmosphere. The space craft is a tiny object and would otherwise have been invisible to the crew. This image of the launch was acquired when the ISS was located far to the northeast over the Atlantic Ocean just east of Newfoundland.

Sixty-one hours later Cygnus arrived at the ISS, and an astronaut took this close-up image of the resupply ship about to be captured by the Canadarm2 robotic arm on the ISS. Cygnus ferried various cargo to the orbiting crew, including science investigations, crew supplies, computer resources, hardware for the ISS, and spacewalk equipment, in all totaling 3513 kg (7745 lbs).

Images of spacecraft taken from spacecraft are always extremely interesting to the space community as well as to the public. Astronauts need to know exactly where each space craft will be at which moment in planning to acquire such photographs. Another example is this image of the Shuttle Atlantis (STS-135) re-entering the atmosphere in a fiery plasma that was also photographed from the ISS.