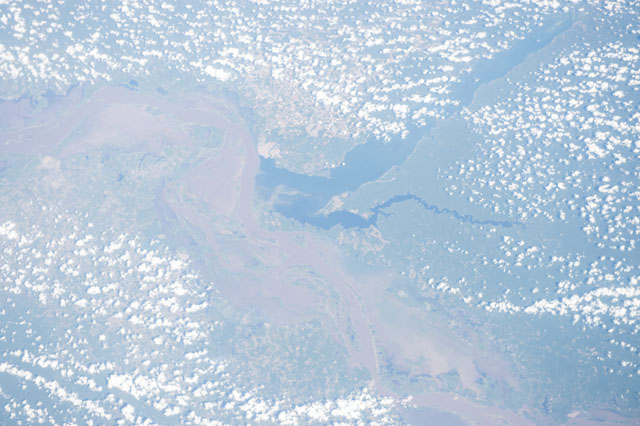 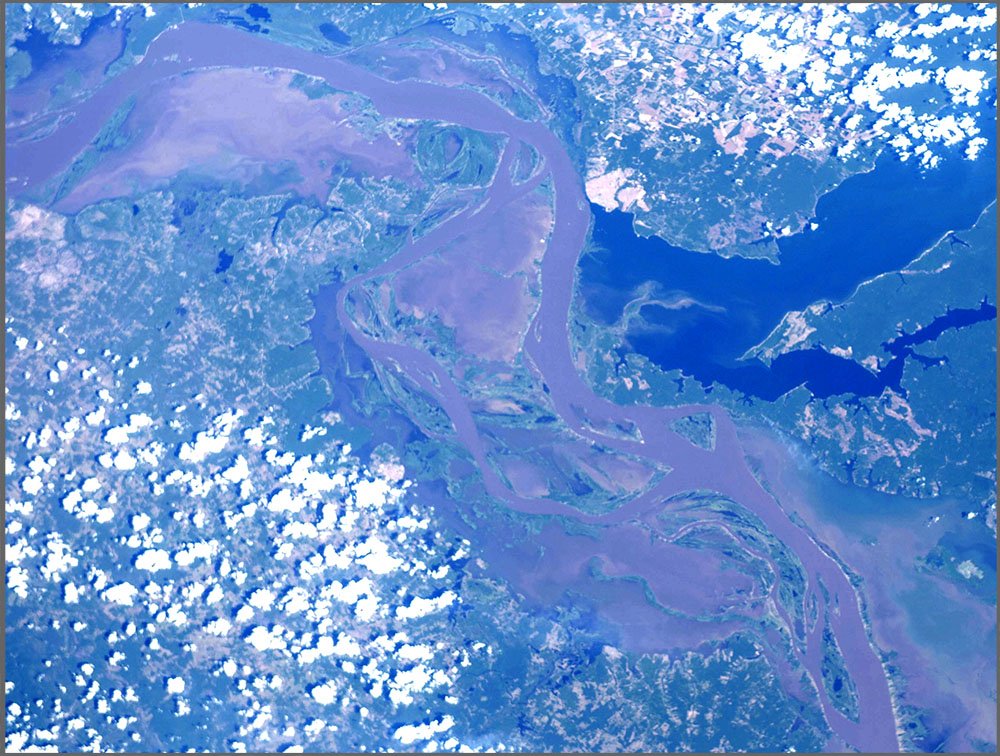 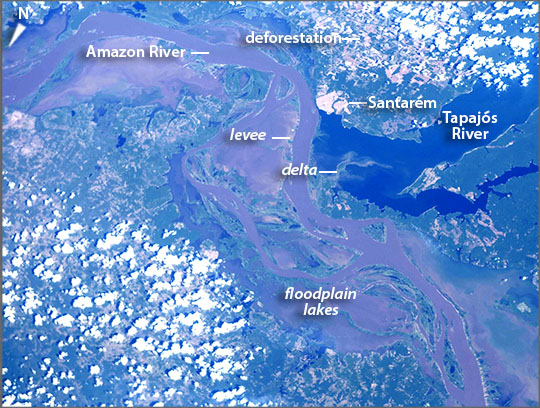 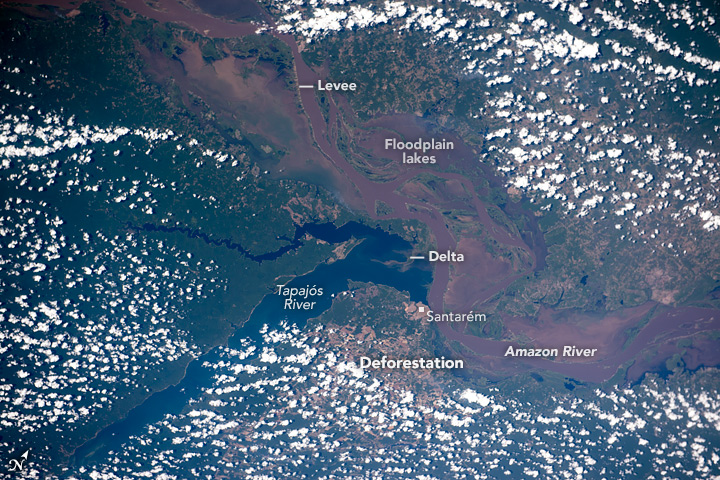 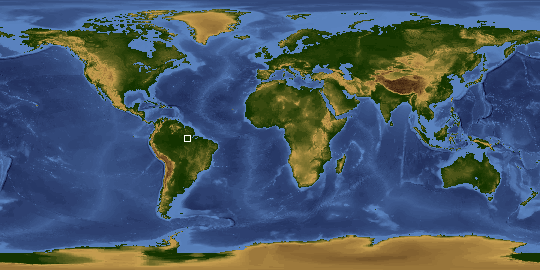 Astronauts aboard the International Space Station looked south to take this broad view of the winding, brown Amazon River flowing east (lower right to upper left). Thin levees mark the main course of the river with the rest of the floodplain occupied almost everywhere by lakes. Amazon River water makes the lakes muddy as well. In striking contrast is the dark blue water of the Tapajos River (image center and upper right).

Amazon water is light brown because it carries vast quantities of fine sediment actively being eroded from the high Andes Mountains, more than 2000 km (1250 mi) upstream to the west. The Tapajos water is clear because the water drains out of the low rainforest carrying almost no sediment. Where the Tapajos meets the Amazon it resembles a great lake or estuary dammed behind a thin levee of the Amazon. Amazon water leaks into the Tapajos creating a small delta. The pattern of clear rivers dammed up against levees of the muddy Amazon is common.

The city of Santarem is located exactly at the point where the Amazon and the Tapajos meet. Because rivers are the highways of the Amazon basin, Santarem is a major port city with access to the sea via the Amazon for ocean-going ships. The Amazon, the largest river on Earth, allows ocean-going ships to dock at the city's port even though the port lies 600 km (390 mi) from the Atlantic Ocean. In 2003 the port facility was enhanced to allow for soy-bean processing. The result has been a change in land use in the hinterland of Santarem from pasture to soy farming. The deforested zones of farms and cattle pasture appear on both sides of the image (upper right, lower left). Santarem also has river access to hundreds of miles of forest to the south via the Tapajos River.