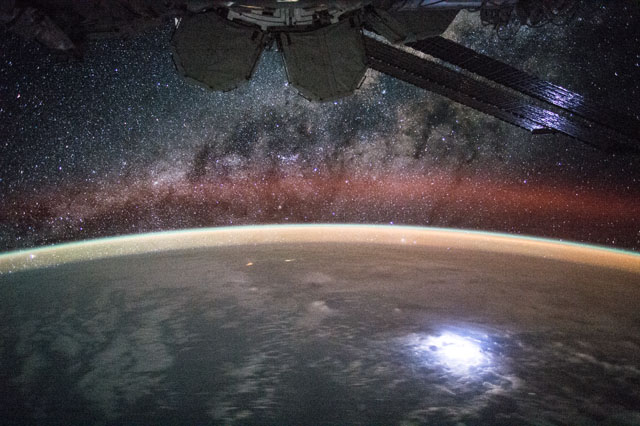 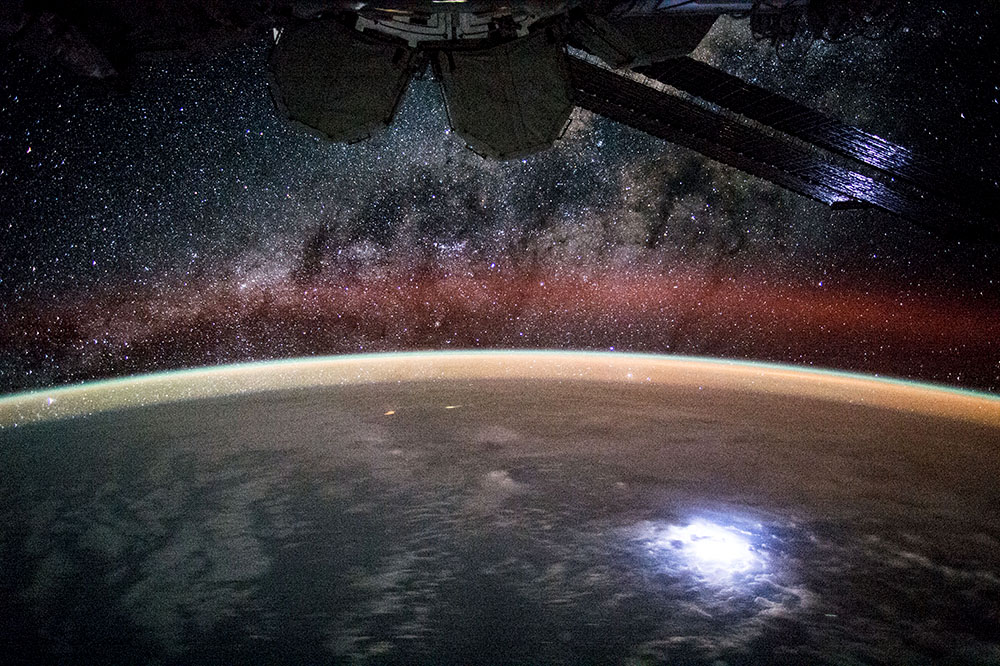 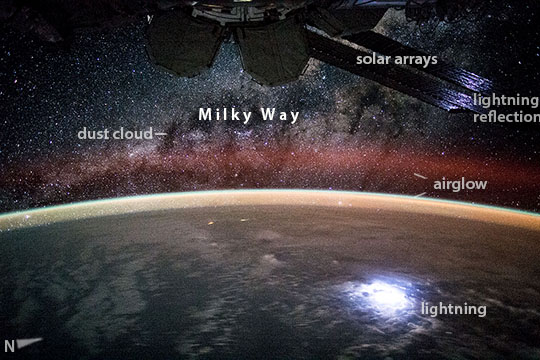 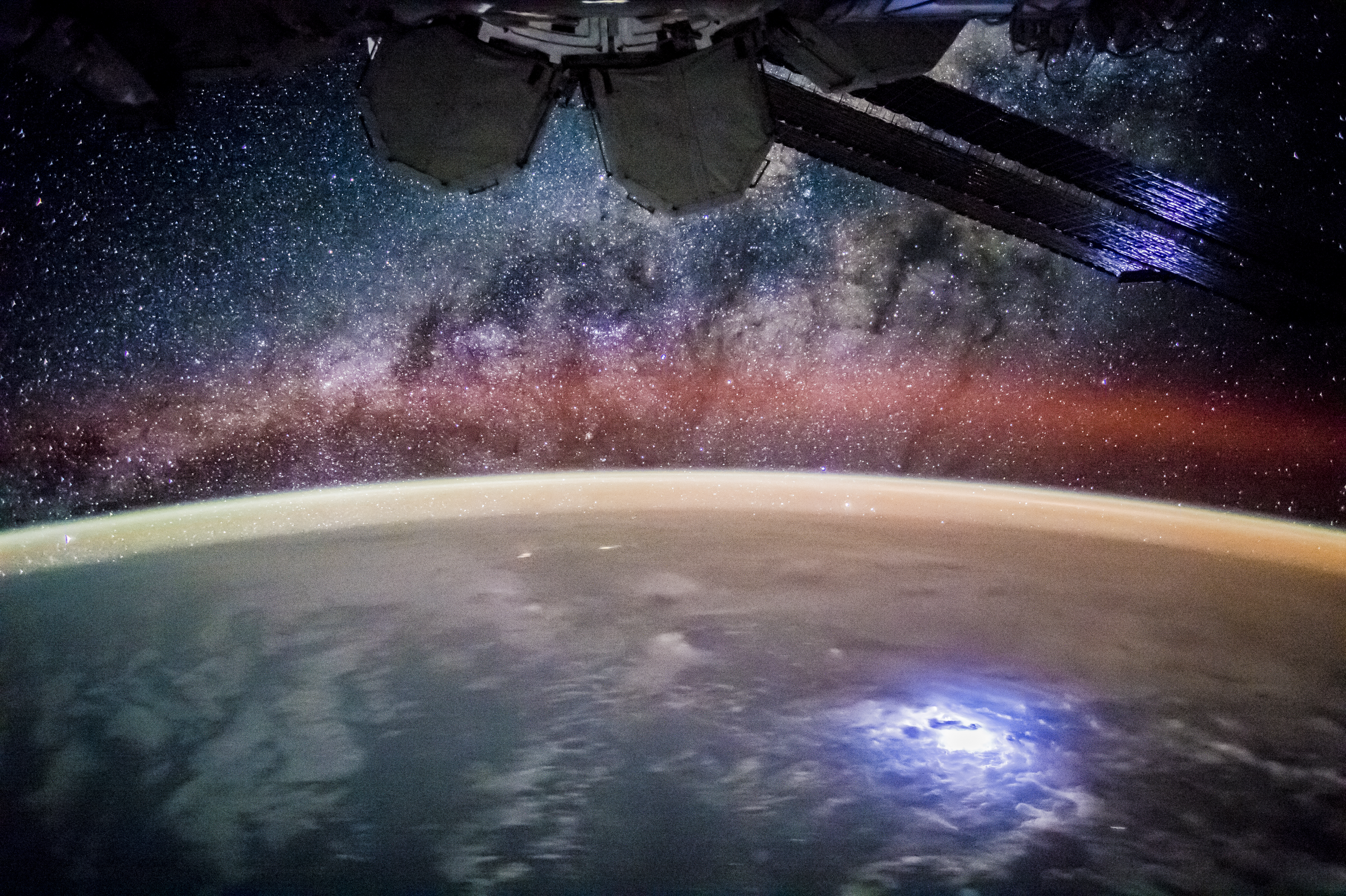 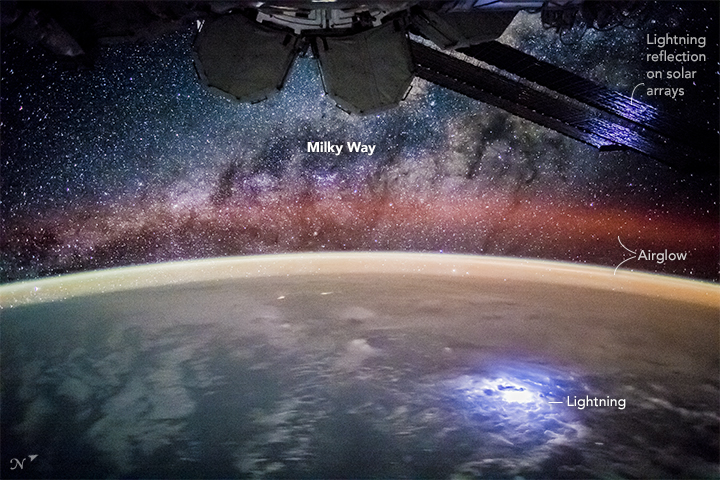 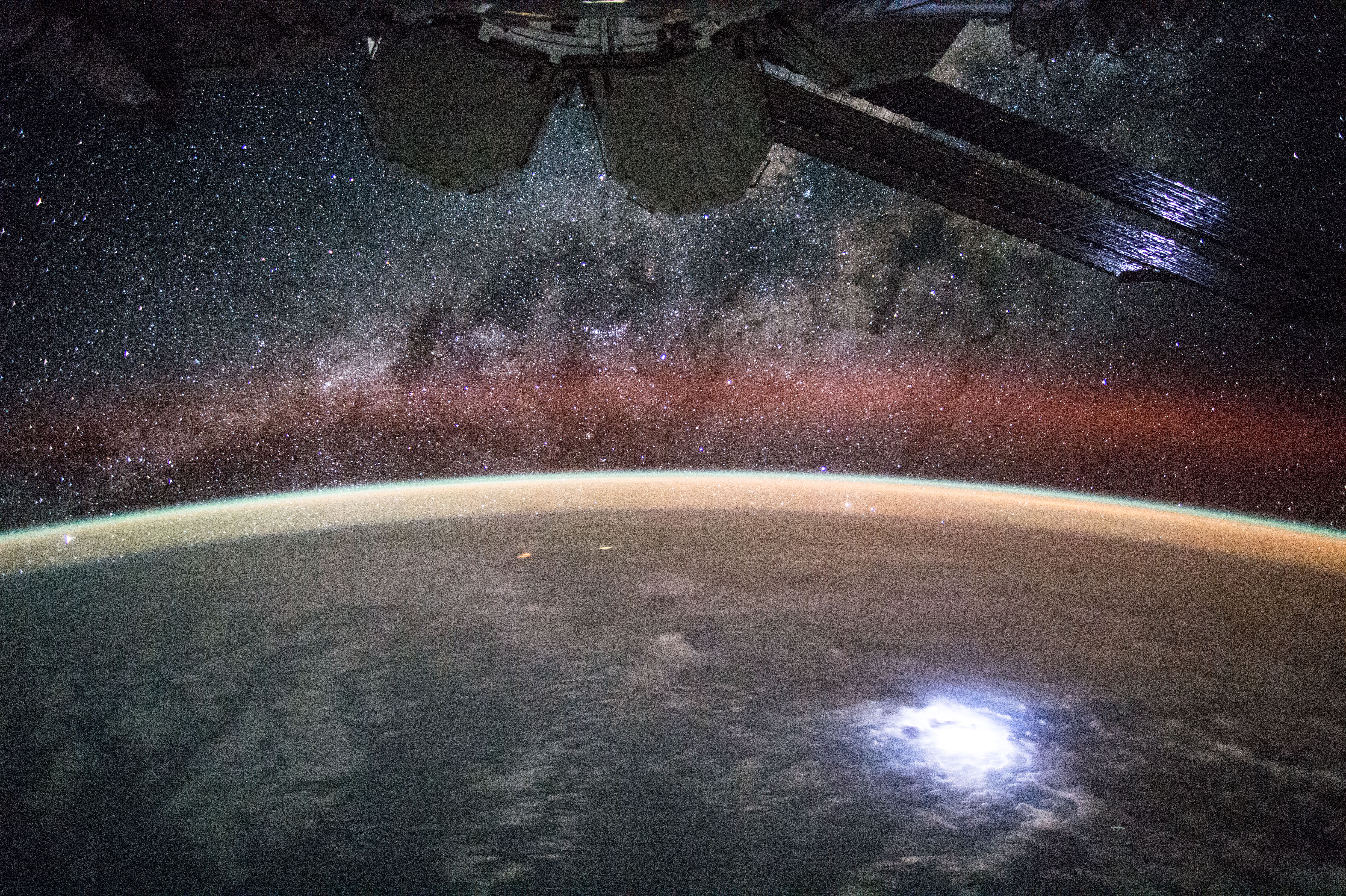 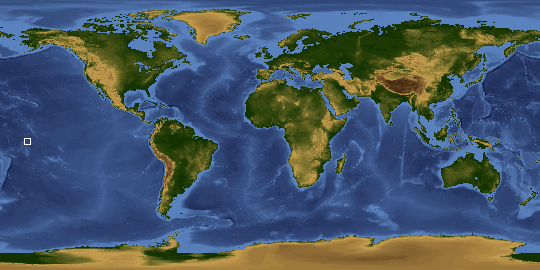 Astronauts aboard the International Space Station (ISS) see the world at night on every orbit of the Earth (that's sixteen times each crew day). Counterintuitively, they see patterns of light, with the darkened land and water surfaces of Earth dim or obscured. An astronaut took this broad, short-lens view, looking out over the remotest central equatorial Pacific Ocean, 2600 km (1620 miles) south of Hawaii (over the island nation of Kiribati). Knowing the exact time and ISS location scientists matched the starfield in the top half of the image to the positions of the stars visible at that moment. They identified the pattern of stars as our Milky Way galaxy, as seen looking almost due west. The Milky Way angles across the view from the left margin up to the top right corner, where it is masked by parts of the ISS (top margin). The view is toward the center of the Milky Way galaxy. The dark patches are dense dust clouds in an inner spiral arm of our galaxy that block our view of stars toward the center.

The curvature of the Earth crosses the center of the image illuminated by a variety of airglow layers -- in orange, green and red. Setting stars can be seen even through the dense part of the orange-green airglow. The brightest light in the image was a lightning flash that illuminated a large mass of cloud (lower right)--which was then reflected off the shiny solar arrays of the ISS (top right) back to the camera. The dim equatorial cloud sheet is so extensive it covers most of the sea surface in this wide view.