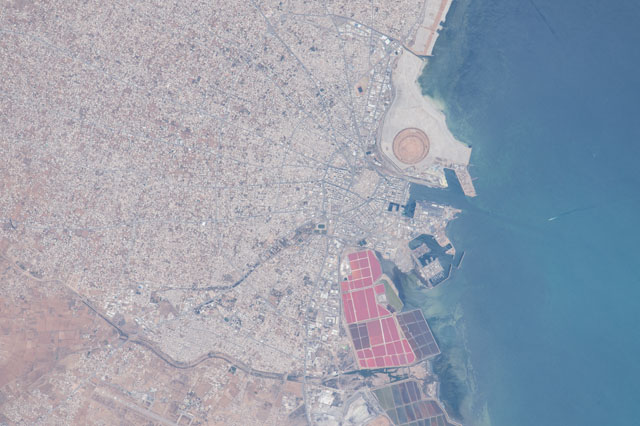 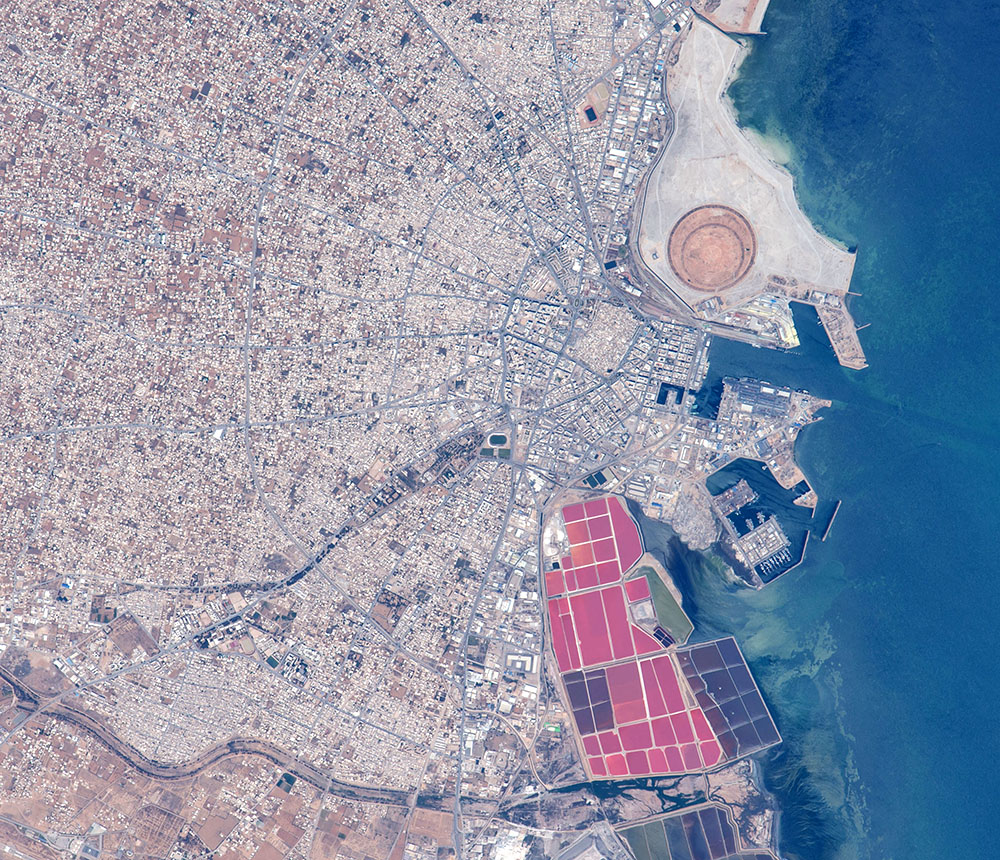 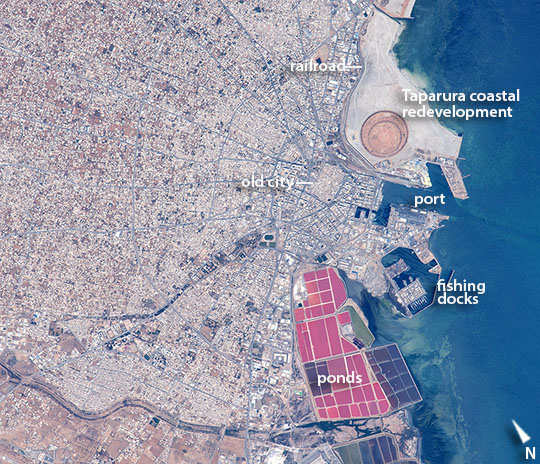 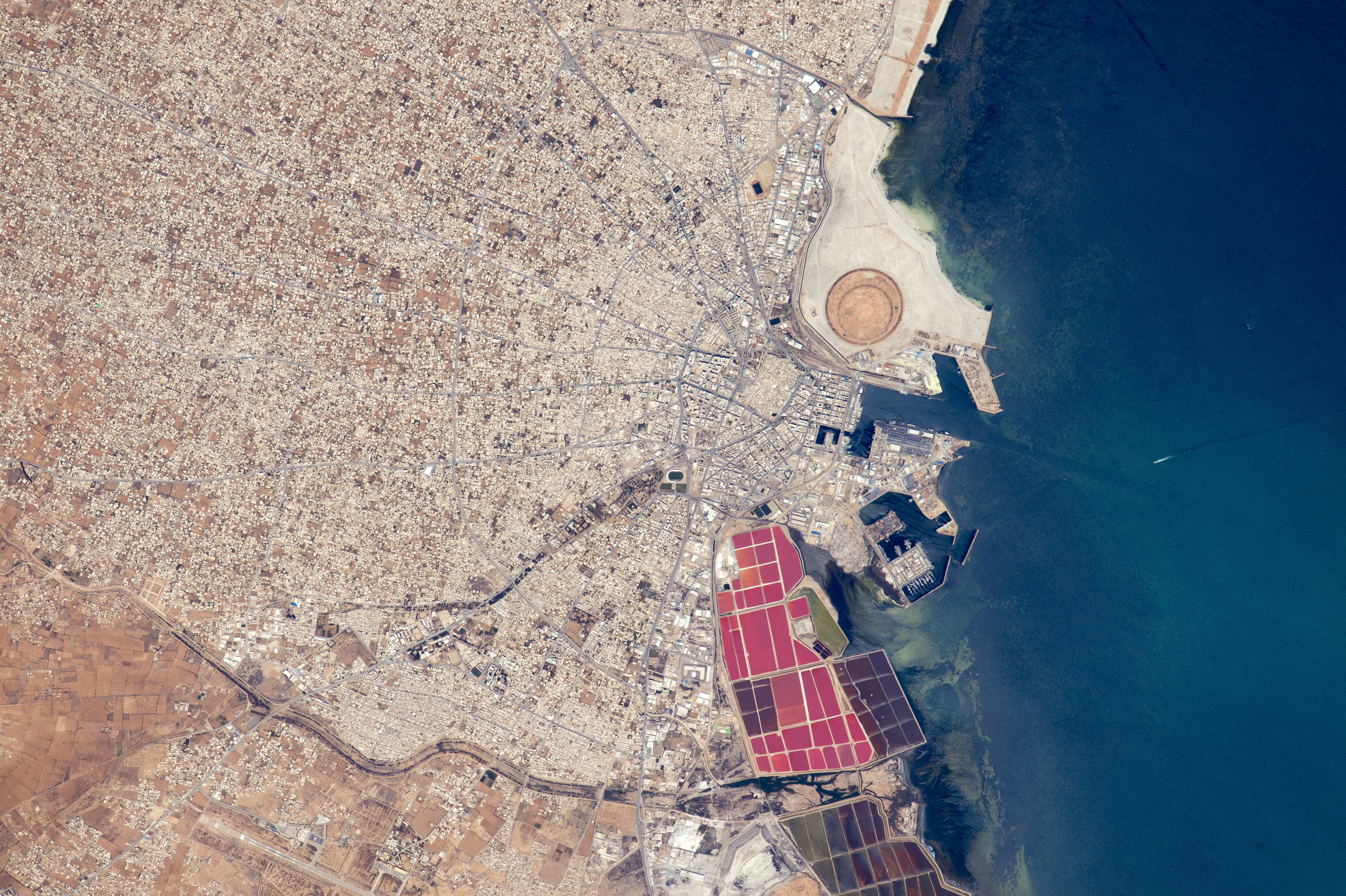 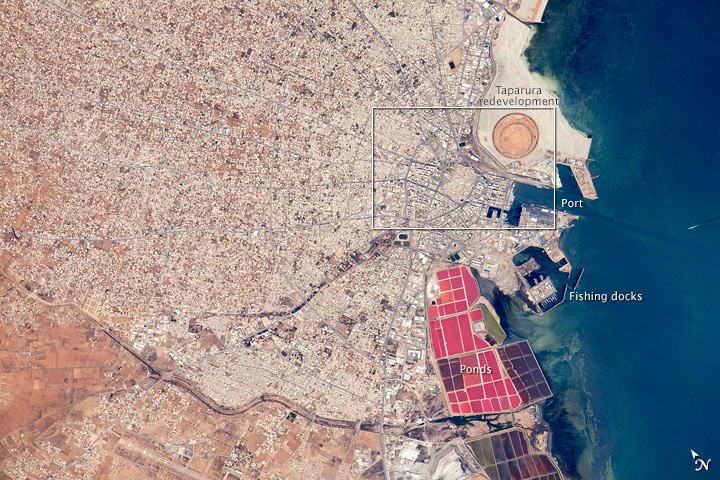 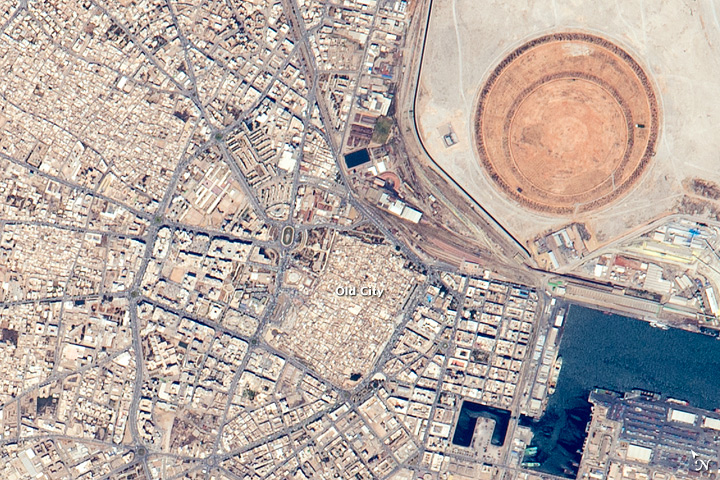 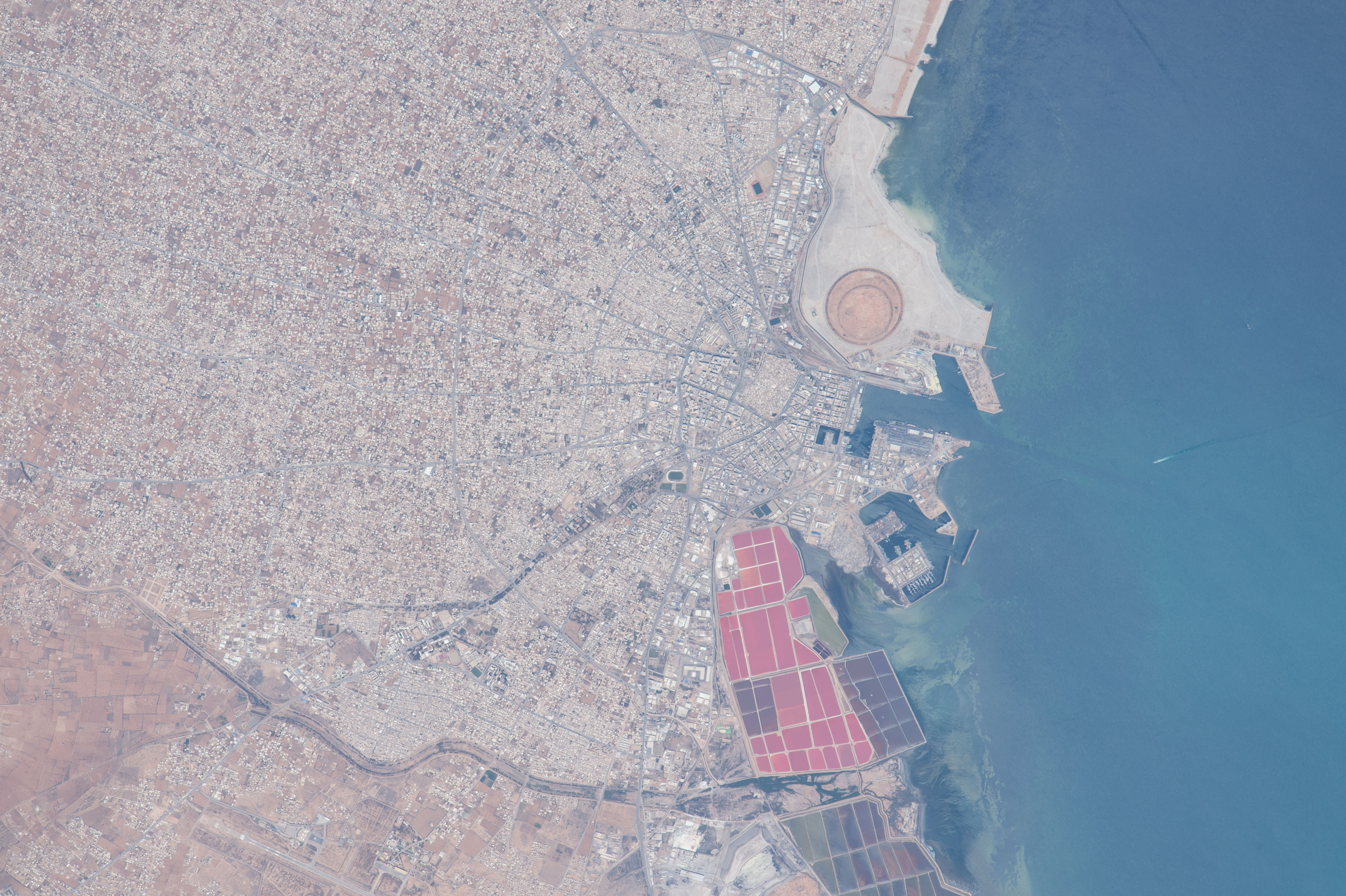 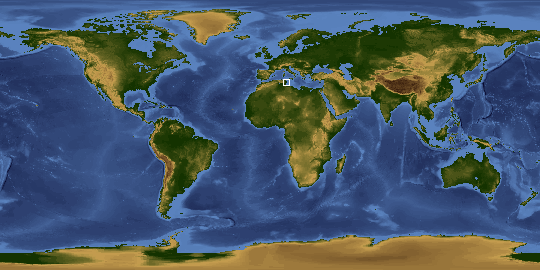 Astronauts aboard the International Space Station took this detailed image of the radiating street pattern of Tunisia's second city and major port of Sfax (population ~900,000), that also hosts Tunisia's largest fishing fleet (for scale the fishing port is 1.1 km long). The radial street pattern focuses on the ancient walled city (the "medina"--image center) with its distinct pattern as seen from orbit of small blocks and narrow streets, and even a slight color difference of the rooftops. A river winds across the lower left of the image.

More detailed visual cues that tell astronauts they are overflying Sfax are the brilliantly colored salt ponds south of the old city and the new circular earth works of the Taparura redevelopment project just north of the old city. Named after the town in antiquity on which Sfax now stands, the redevelopment has reclaimed many hectares along 5 km of shoreline (extending outside the image) and reengineered a polluted and marshy area on the coastal side of the long curve of the city's railroad tracks.