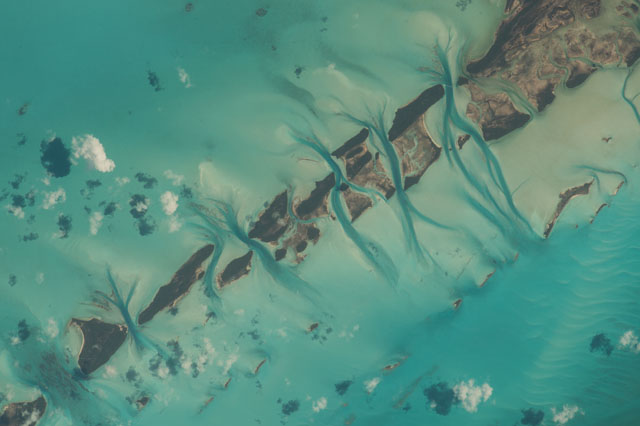 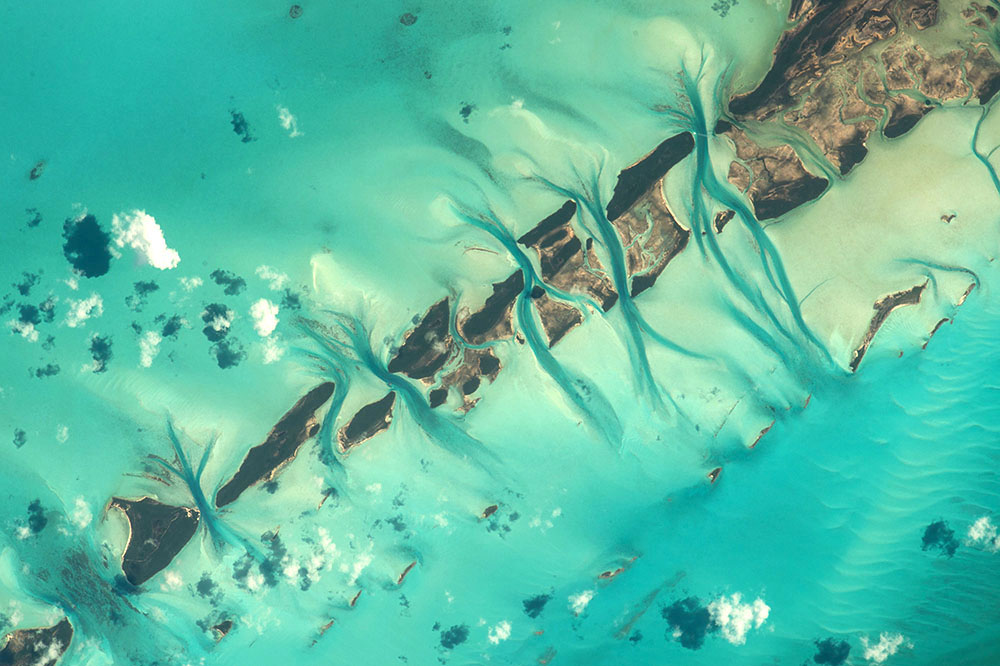 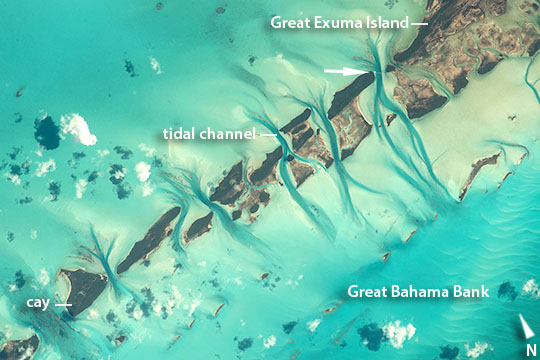 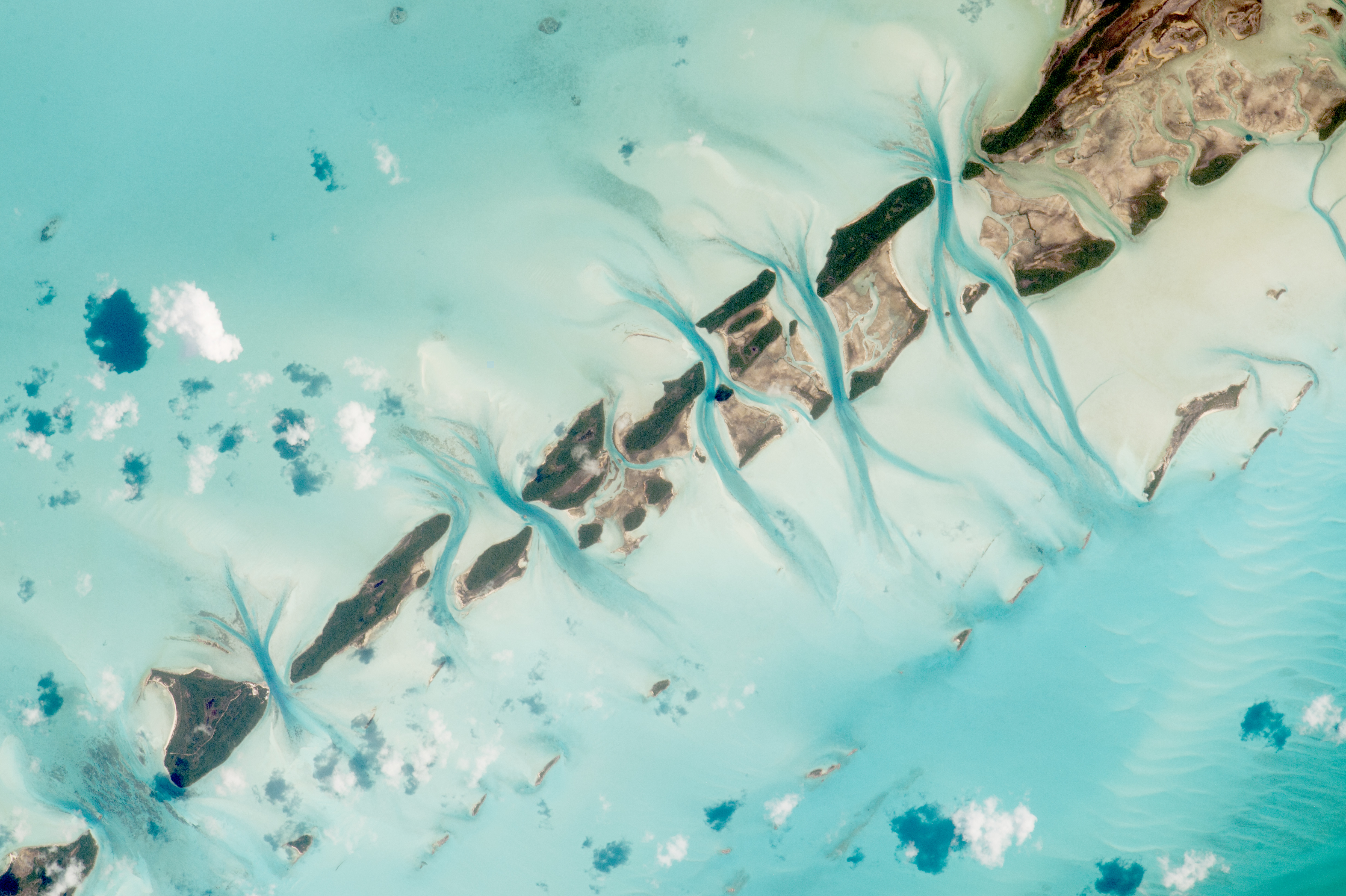 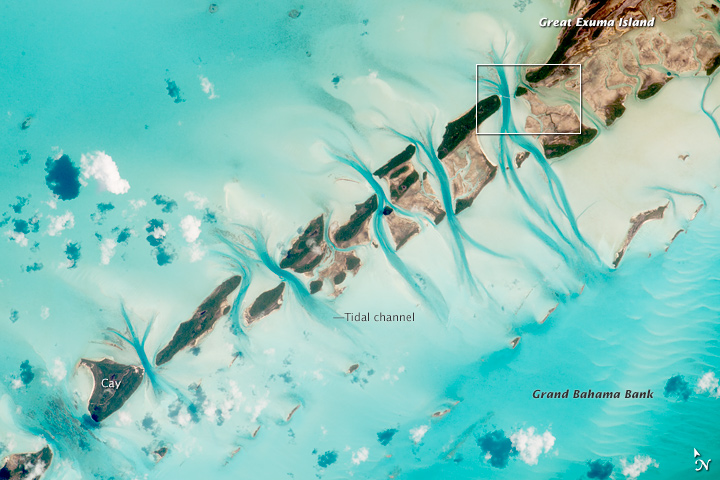 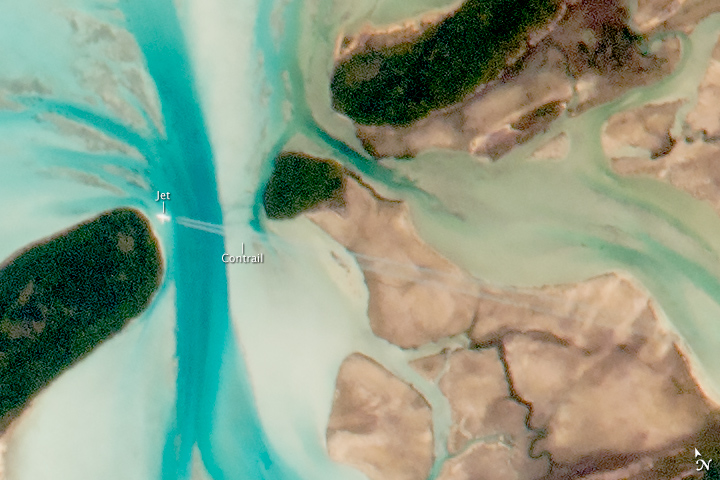 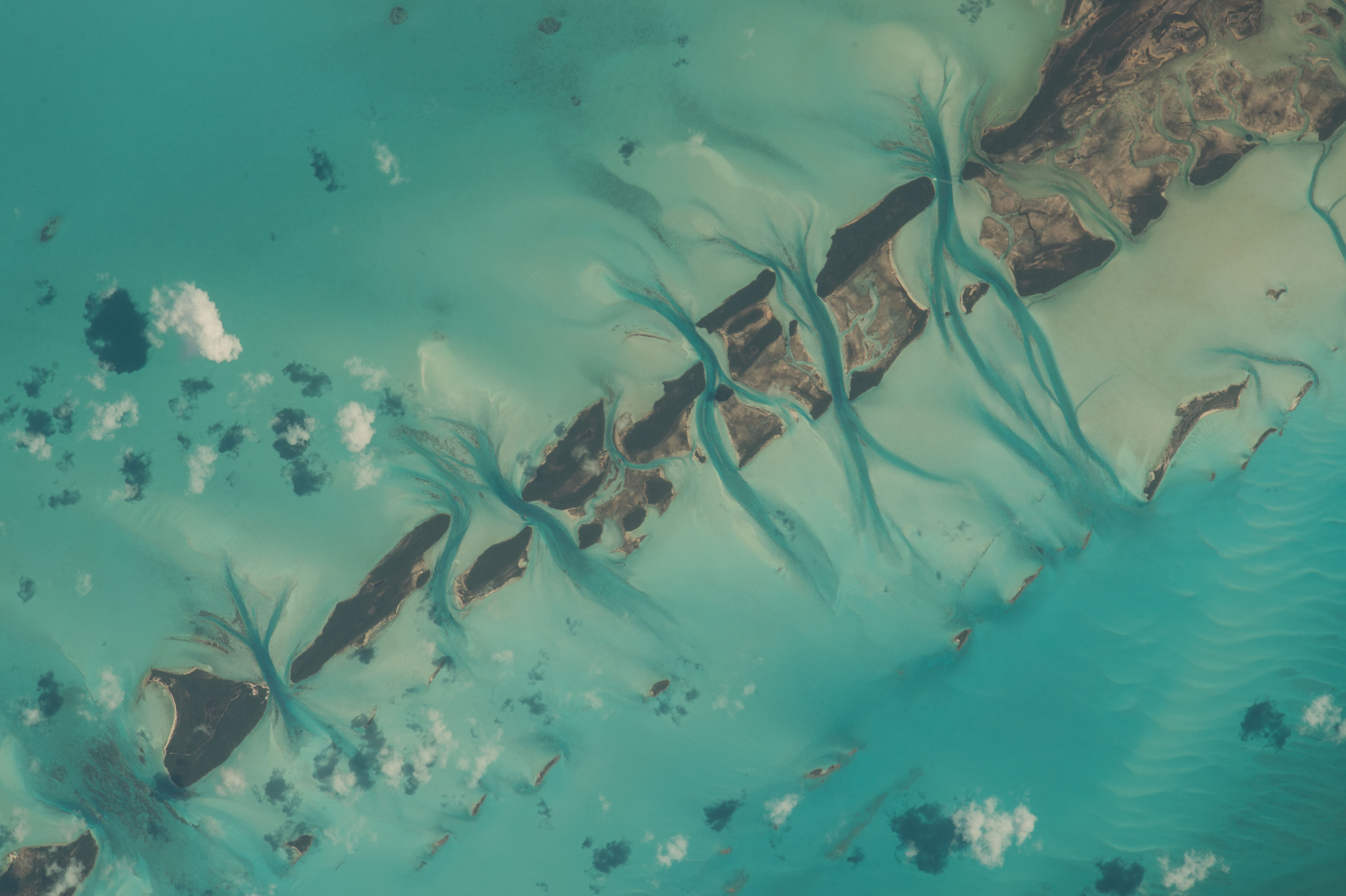 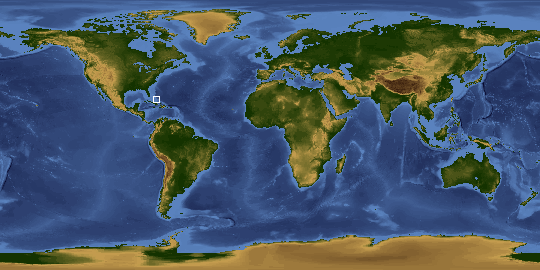 Astronauts aboard the International Space Station took this detailed image of small island cays in the tropical waters of the Bahamas, with the prominent tidal channels cutting between them. The string of cays--14.24 km, 8.9 mi) shown in the image--extends west from Great Exuma Island (outside the image right). Great Exuma is known for being remote from the bigger islands of The Bahamas, with privately owned cays as celebrity get-aways, and real pirates such as Captain Kidd in its history.

Small tidal changes on the banks cause great quantities of water to flow daily through the narrow channels between the cays, first in one direction and then the other. The darker blue sections are the deepest parts of the channels where the water flow has cut through the rock ridge that makes the line of cays. The surrounding water is so shallow (less than 25 m, 80 feet) it appears as a light blue. For astronauts this is one of the most recognizable points on the planet.

The image is so detailed that a single aircraft can be seen in the high resolution image trailing twin condensation trails (arrow).