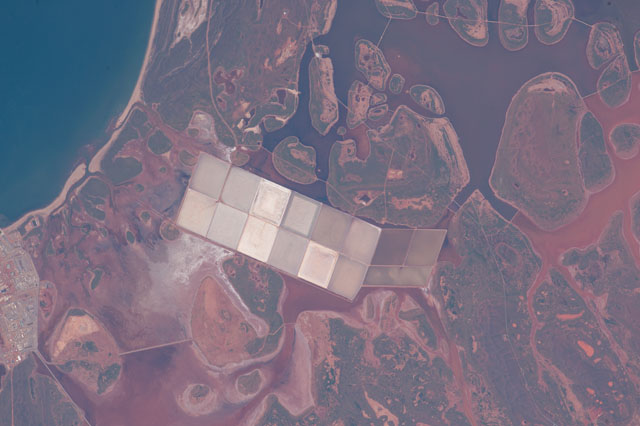 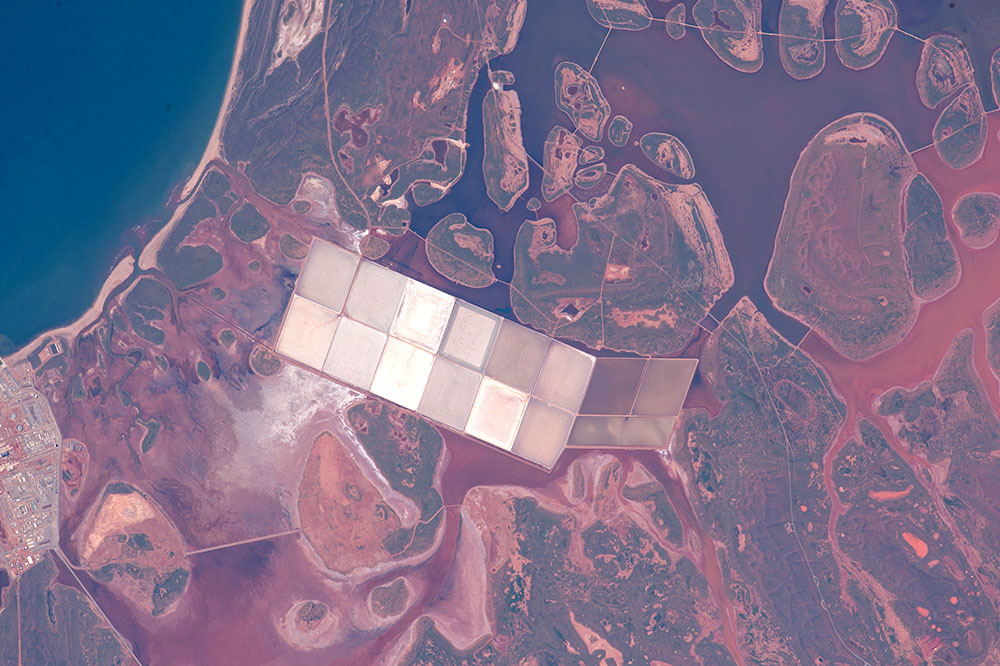 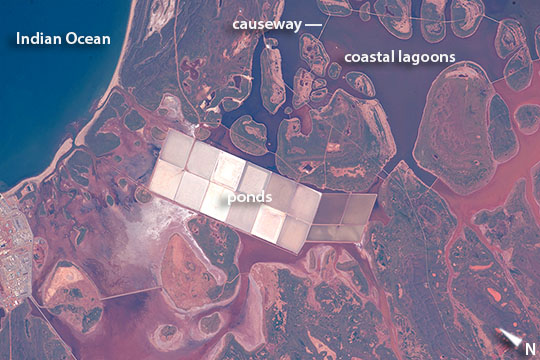 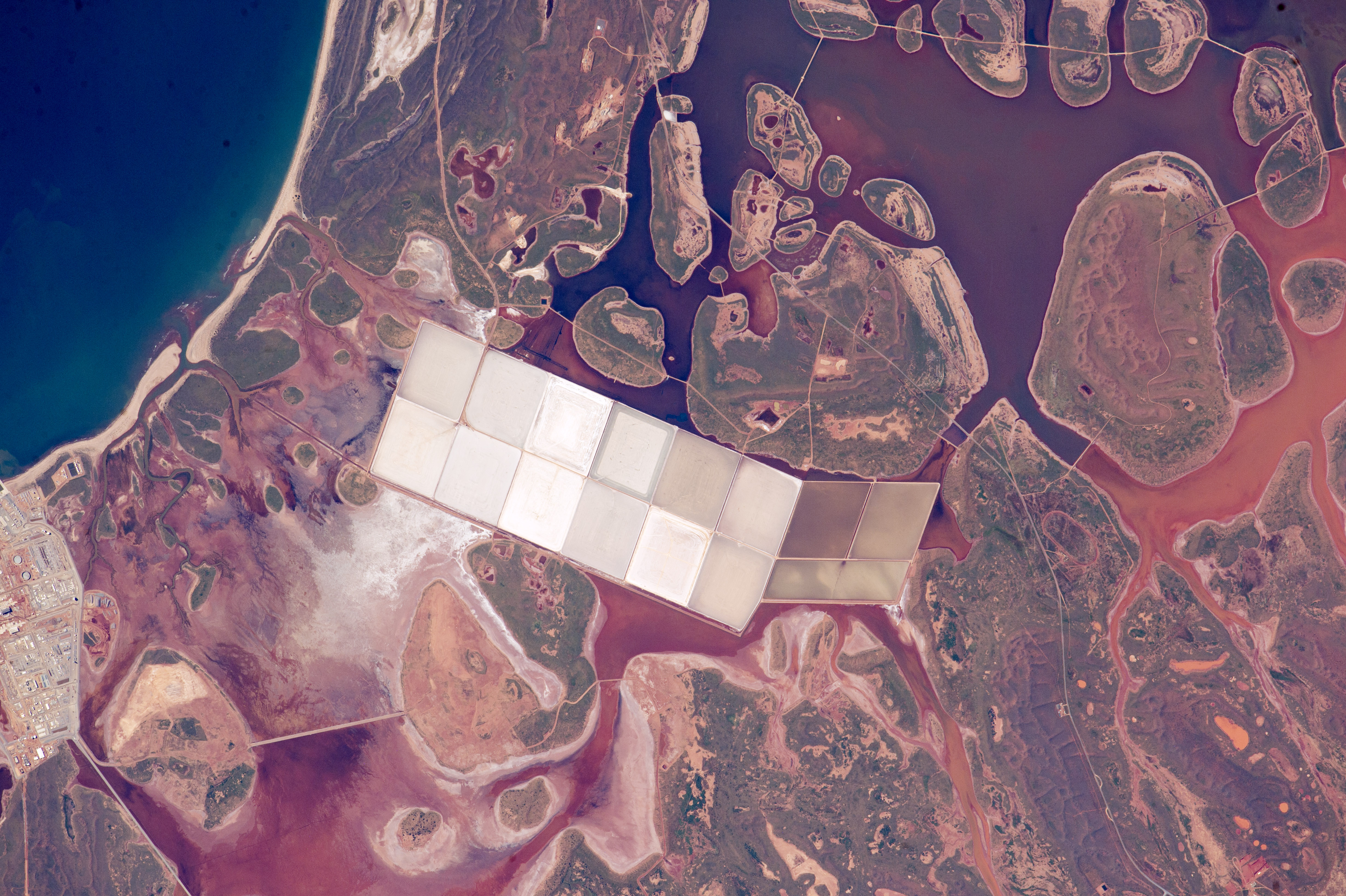 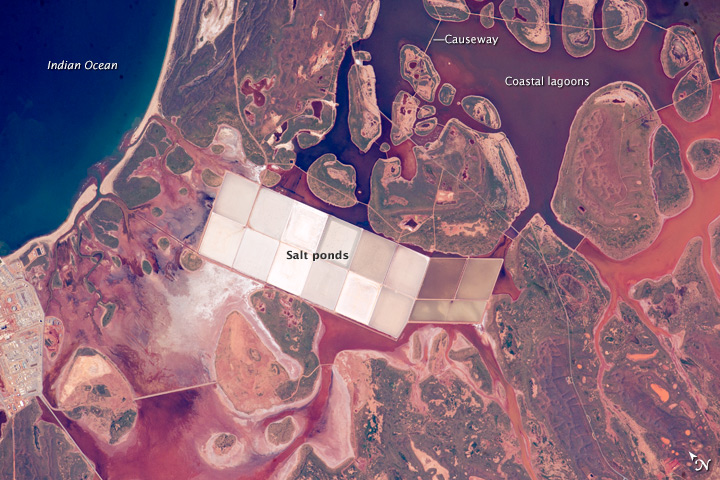 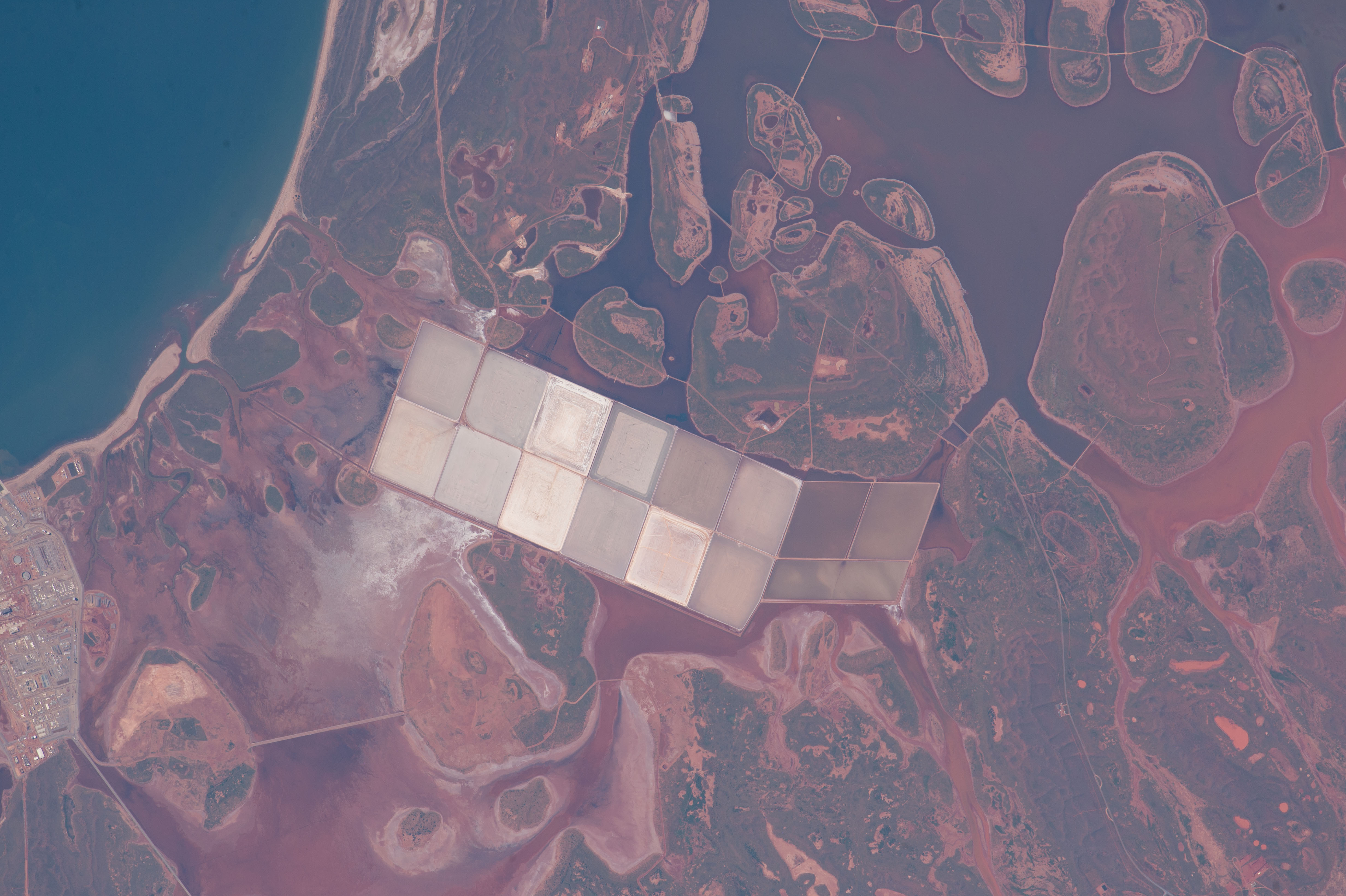 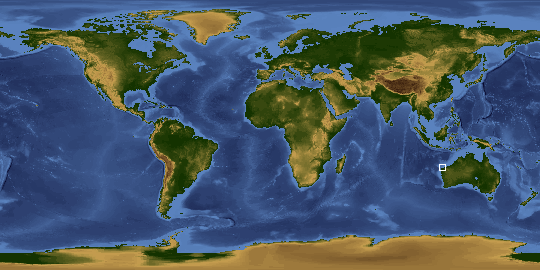 Coastlines are usually the best indicators for astronauts in telling them quickly which part of the world they are looking at from the windows of the International Space Station. Here coastal lagoons with numerous rounded islands are typical of the Indian Ocean coastline of Western Australia. These shapes contrast with the angular, white ponds of the salt extraction industry. Muddy red-brown inland water (image right and lower left) from recent rains is prevented by low causeways from mixing with darker (clearer) water nearer the coast.

This coast of Australia is noted for its tropical climate and remoteness. It once had a pearling industry, and has experienced more direct hits by cyclones than any other place on this long stretch of Western Australia's coastline. The repeated hits almost resulted in the decision to permanently evacuate the small town of Onslow (just outside the image). The Monte Bello islands offshore (outside the image to the north) are guarded as defunct sites of atomic bomb tests.