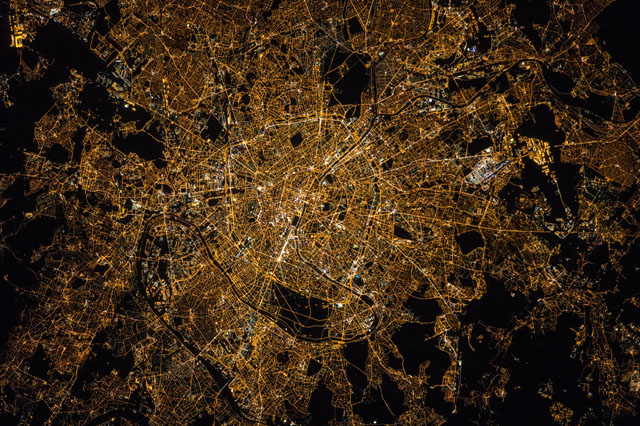 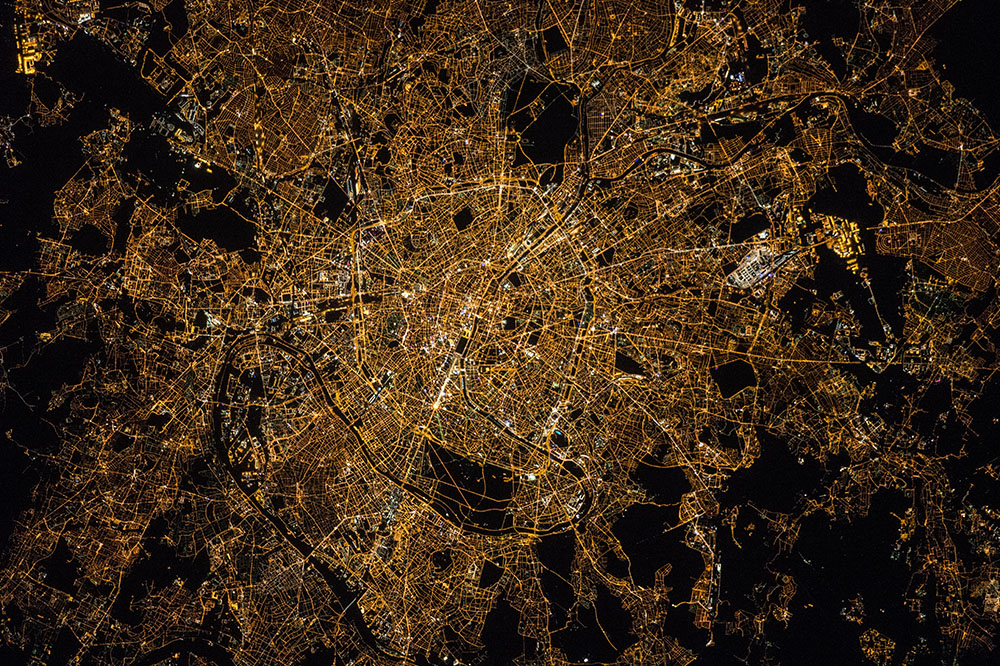 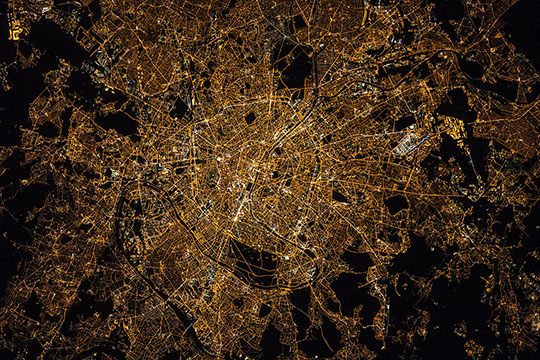 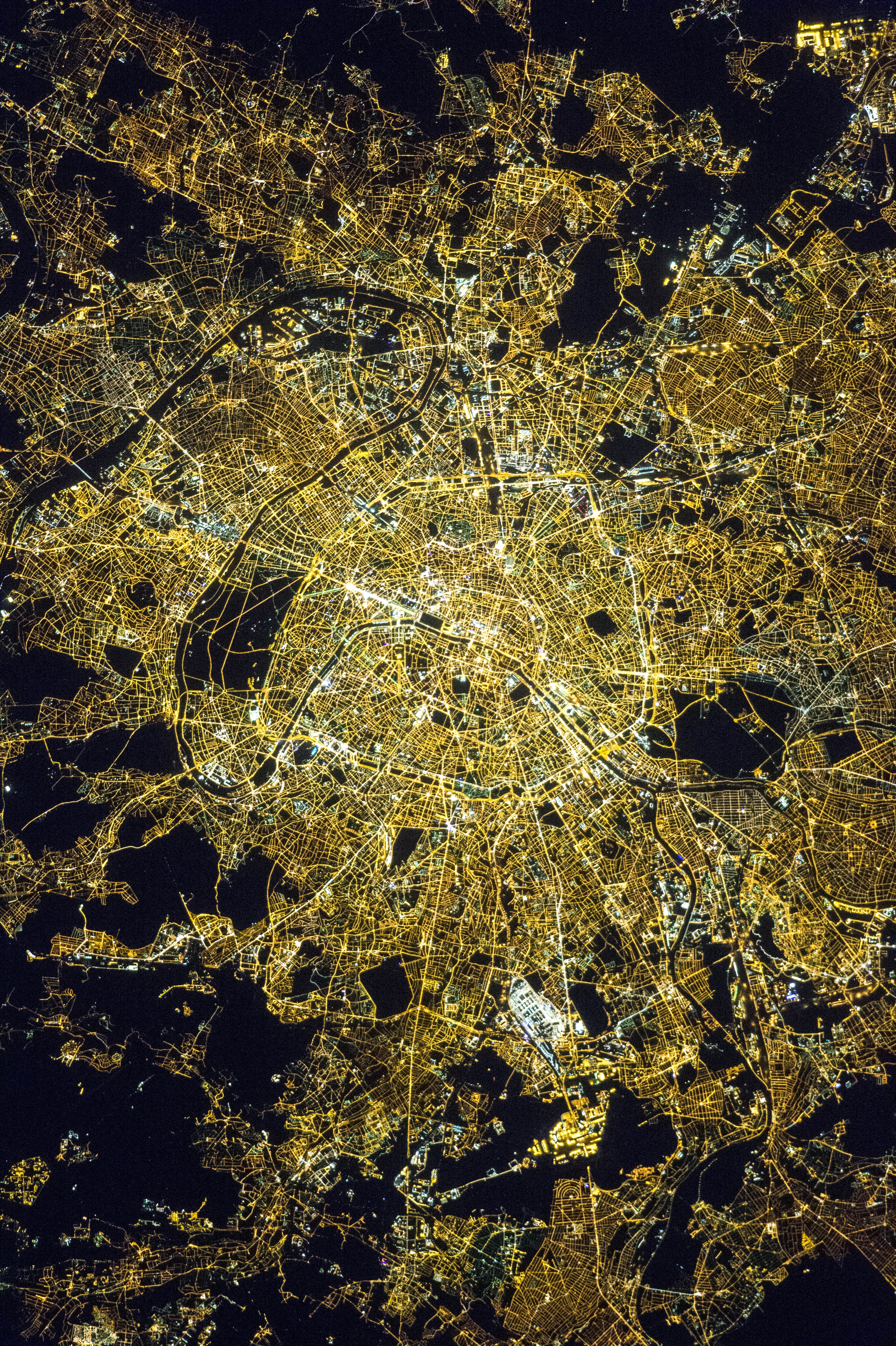 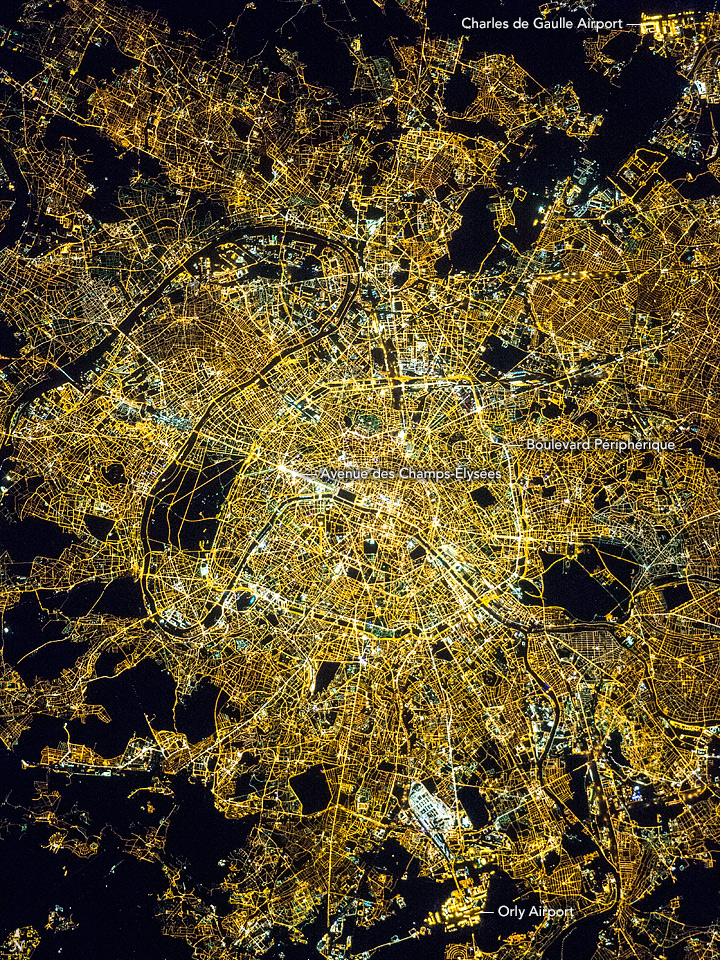 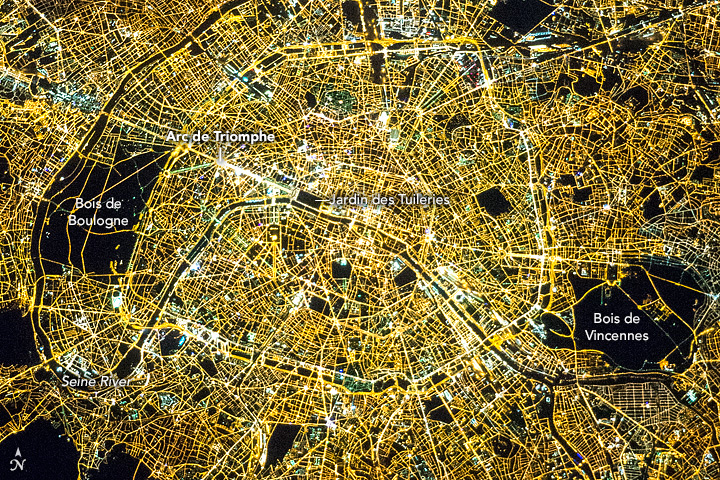 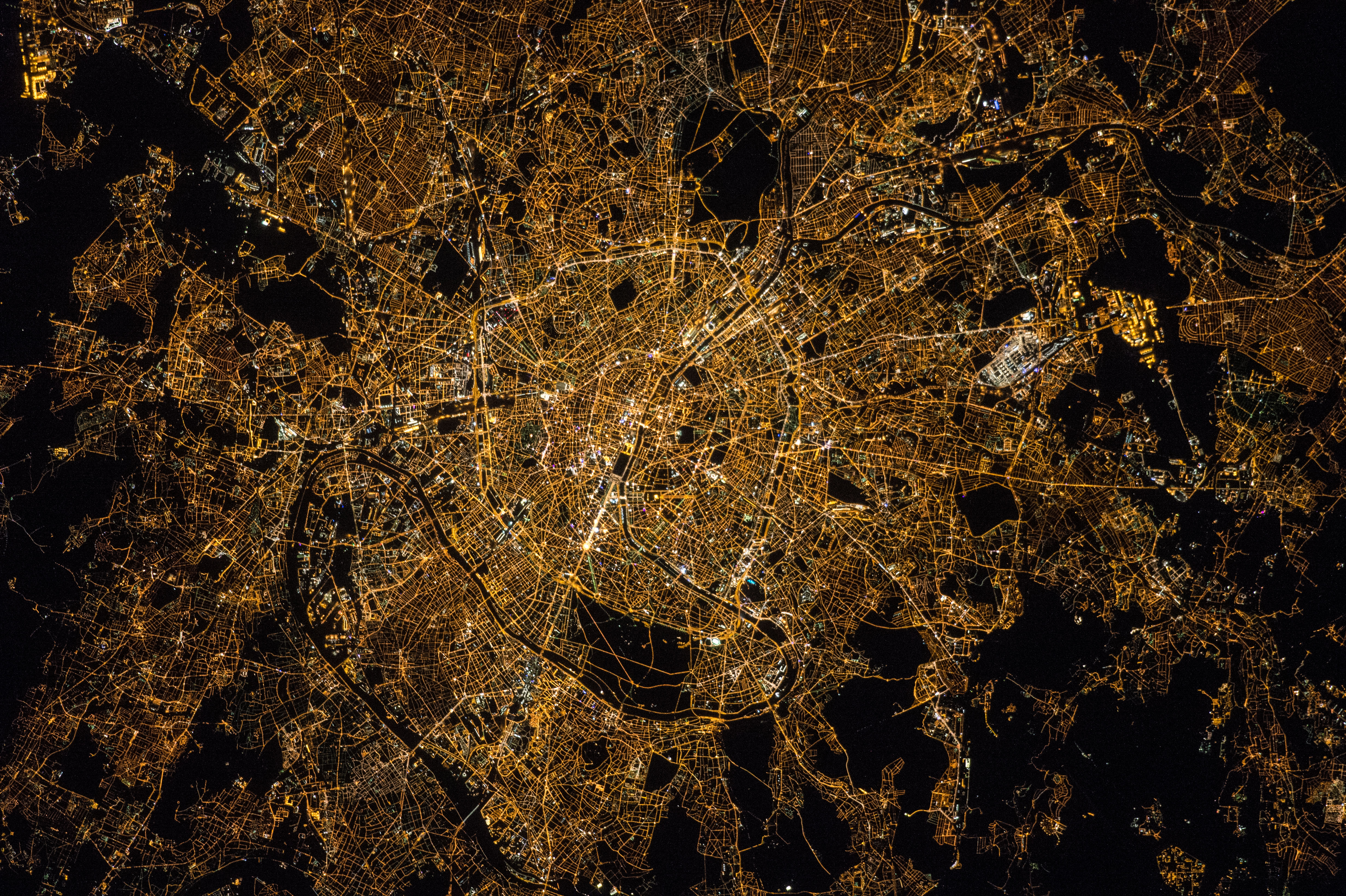 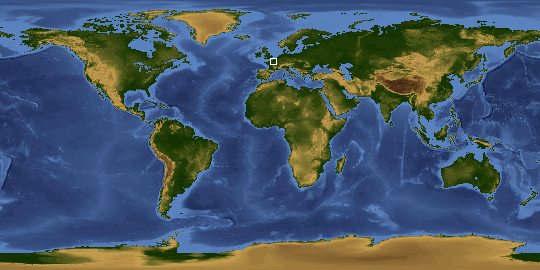 Near midnight astronauts aboard the International Space Station took this image of Paris. The city is strongly patterned by the street grid because streets are the most consistently lit lines at night, providing a completely different set of features from those seen during the day. A day image shows the winding Seine River is the main visual cue, but here the thin black line of the river is hard to detect, until you focus on the strong meanders that wind across the image from lower left to top right. When you know what to look for you can see street lights on both banks following the course of the river, especially near the city center.

The many forested parks of Paris stand out as black polygons such as the Bois de Boulogne (at image lower center) and Vincennes (at image upper center). Even the lit paths through the Bois de Boulogne can be seen clearly in this image. Airports show a combination of very bright lights and the dark areas of runways and surrounding open country. A small part of the Charles de Gaulle airport appears at image top left, and Orly airport at image top right near the Seine.

Paris's great ring road, the Boulevard Peripherique, encloses the city center, touching both of the abovementioned parks. The brightest boulevard in the dense network of streets in the center, is the Avenue des Champs-Elysees, the historical axis of the city designed in the 17th century. Every year on Bastille Day (14 July), the largest military parade in Europe processes down the Champs-Elysees, reviewed by the President of the Republic. The Champs Elysees, joins the royal Palace of the Tuileries, whose gardens appear as a dark rectangle on the river, to the star-like meeting place of eleven major arterial boulevards at the Arc de Triomphe at image center. This famous plaza was long named the Etoile (star).