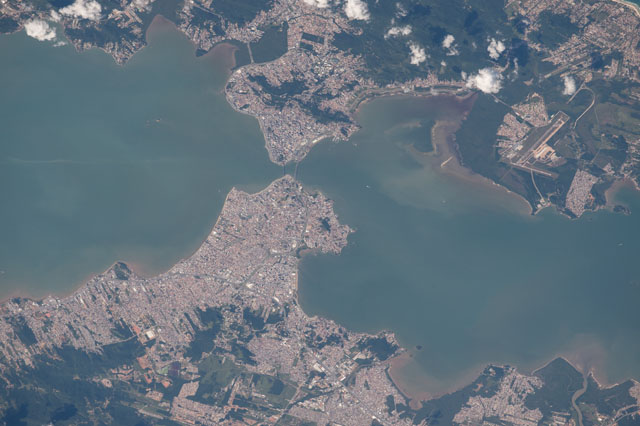 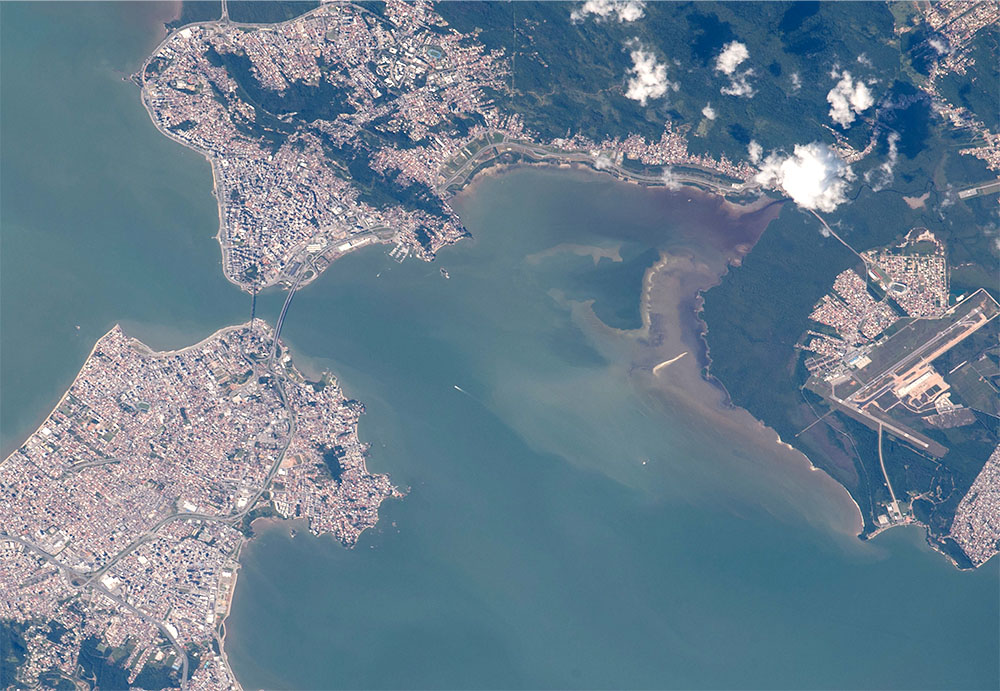 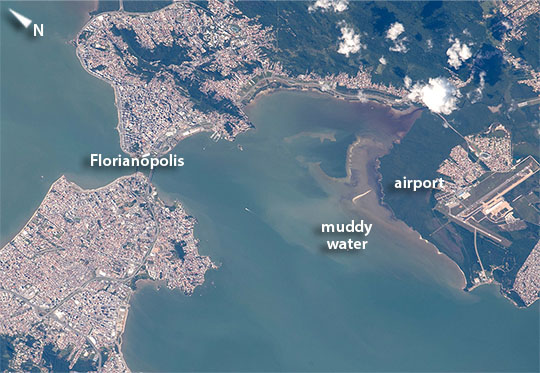 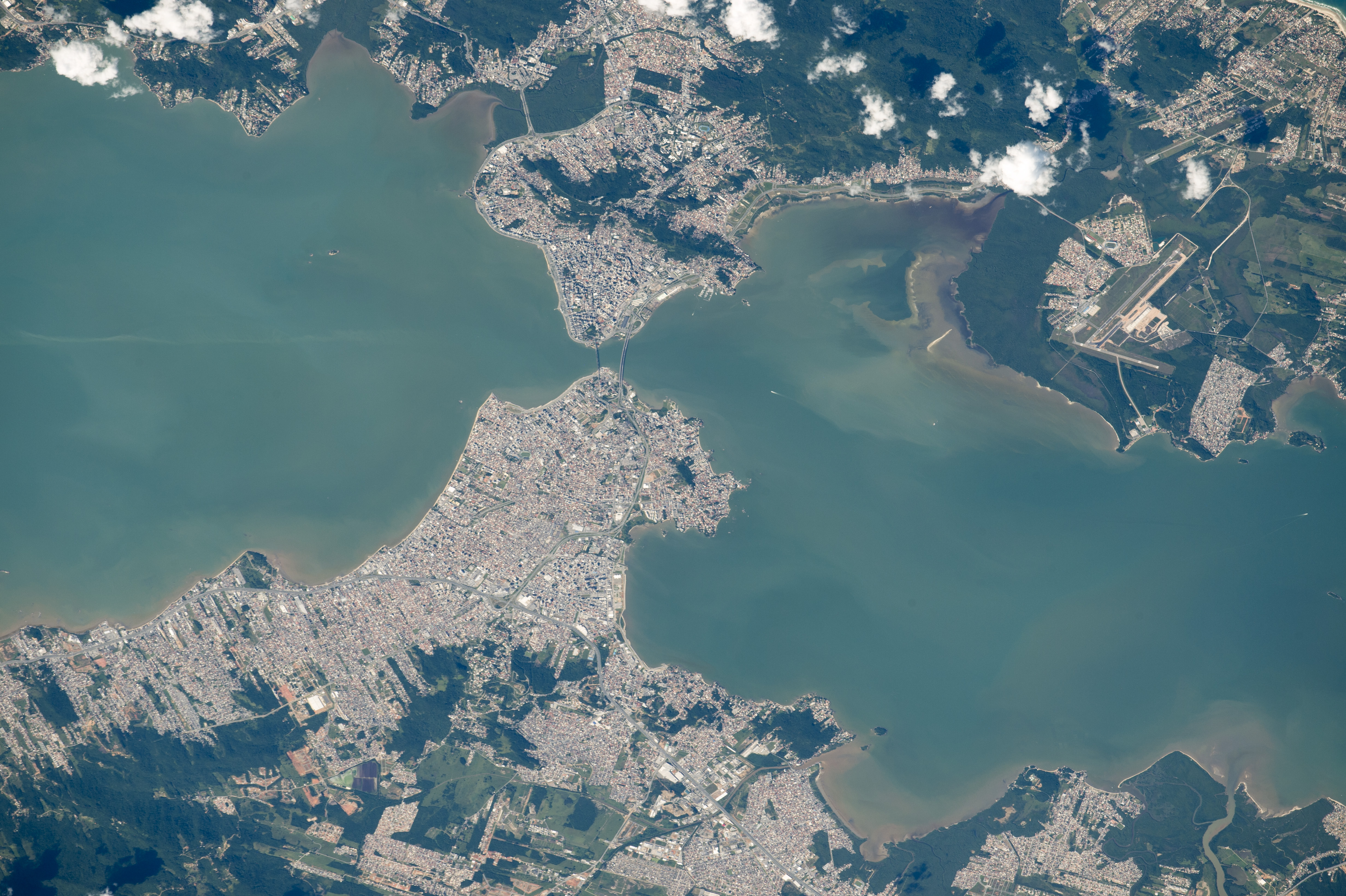 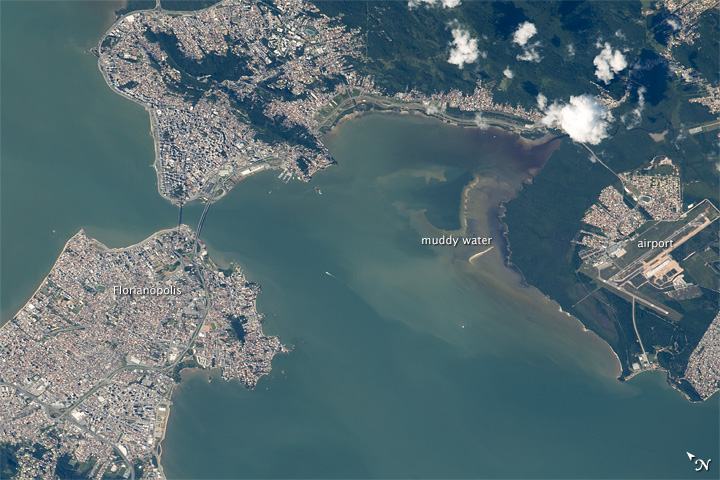 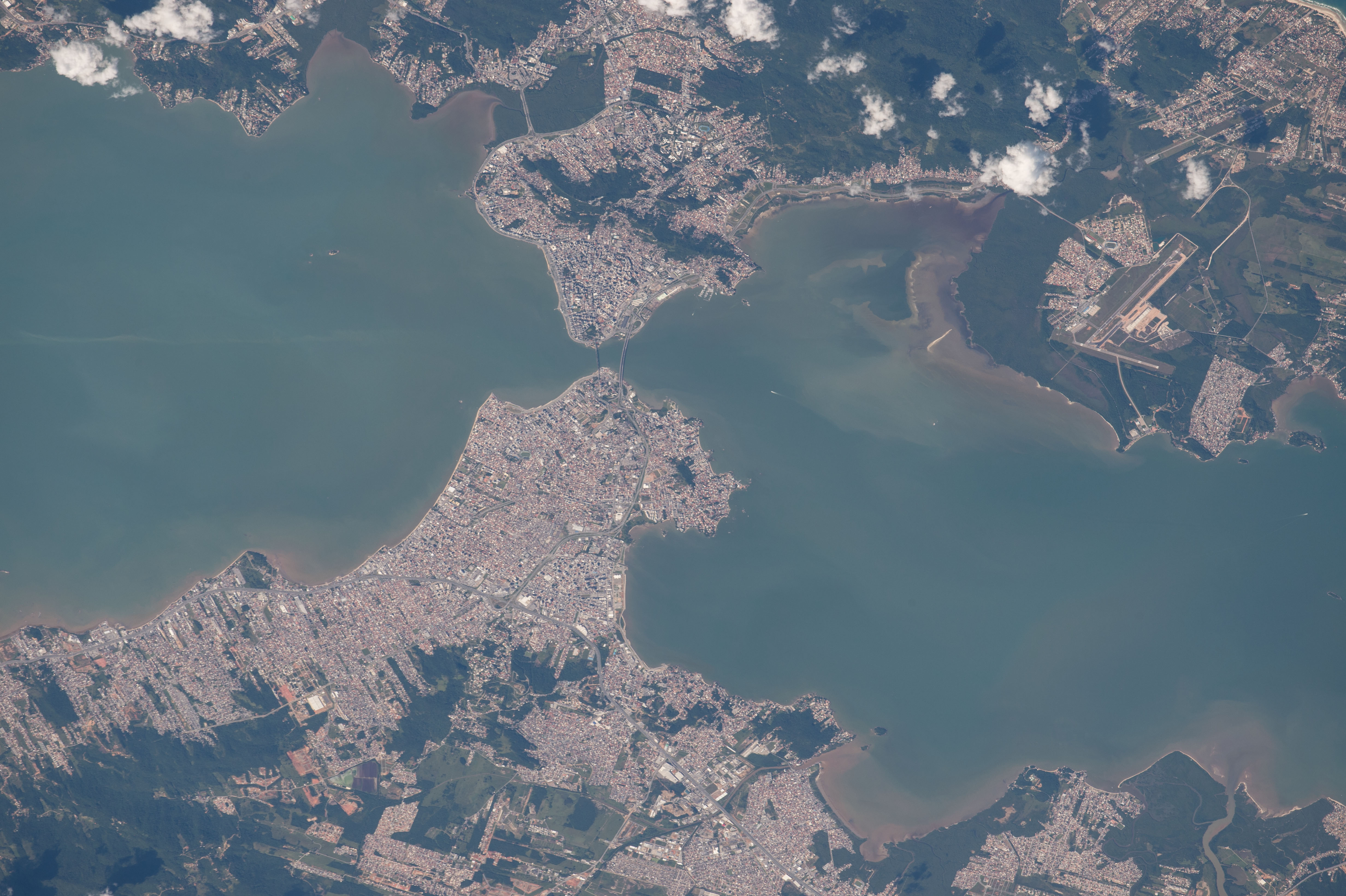 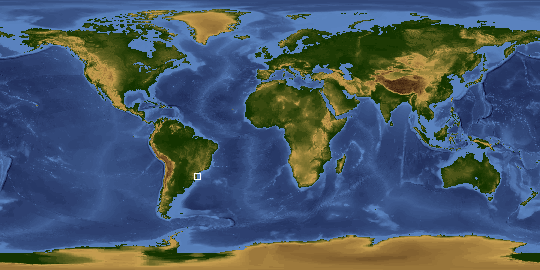 This image was taken as astronauts aboard the International Space Station flew over the headlands of the southern Brazilian port city of Florianopolis. The east side (image top right) and west side (image lower left) of the city are joined by bridges that span the 400 m-wide narrows. The International Airport of Florianopolis appears lower right. This city has one of the highest-quality-of-life indices in Brazil. The view shows the browner muddy outflow of a small stream that enters the bay near the airport. Most coastlines show faint brown tinges in the water that arise from wave action stirring up shoreline muds, as well as some city pollution.