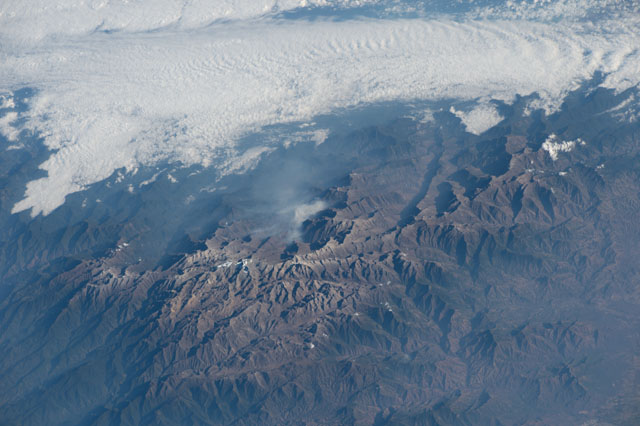 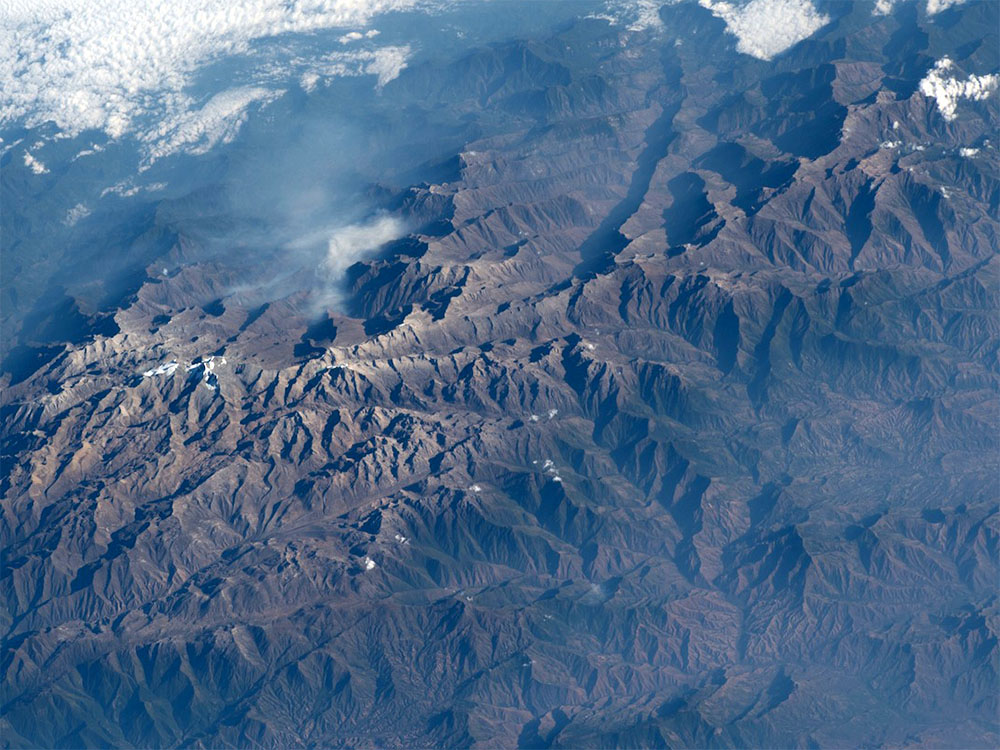 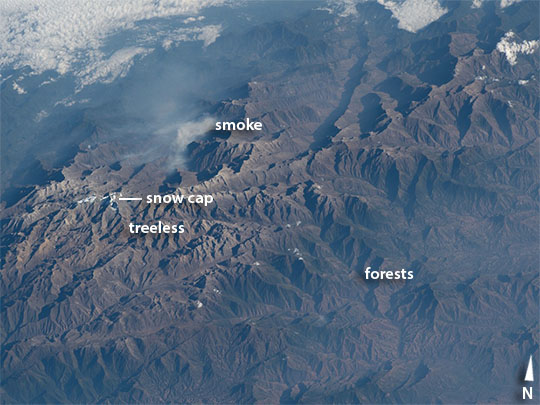 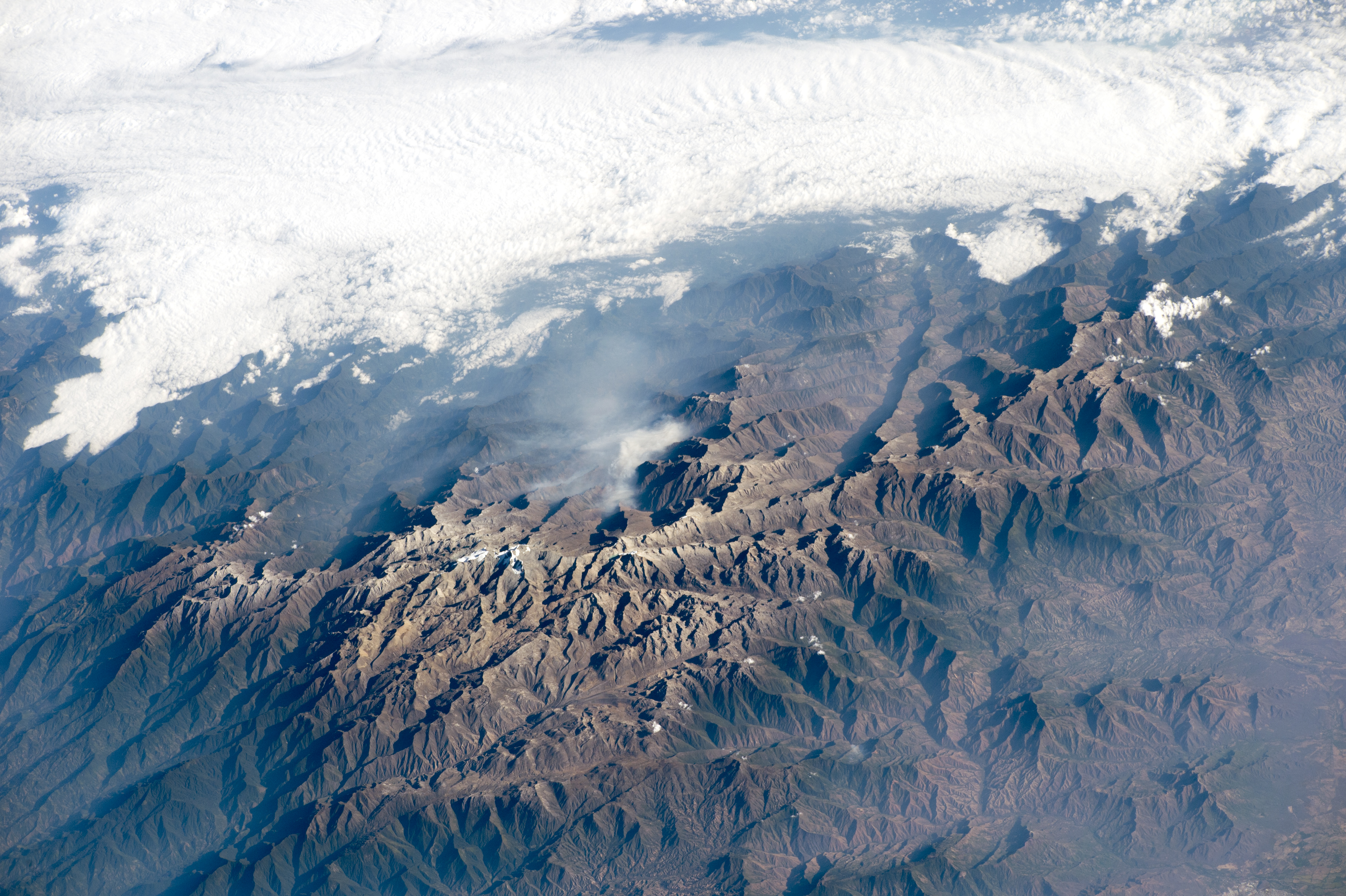 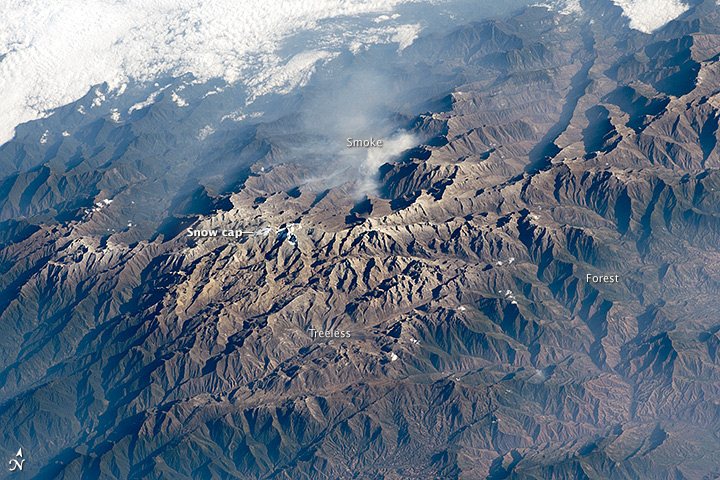 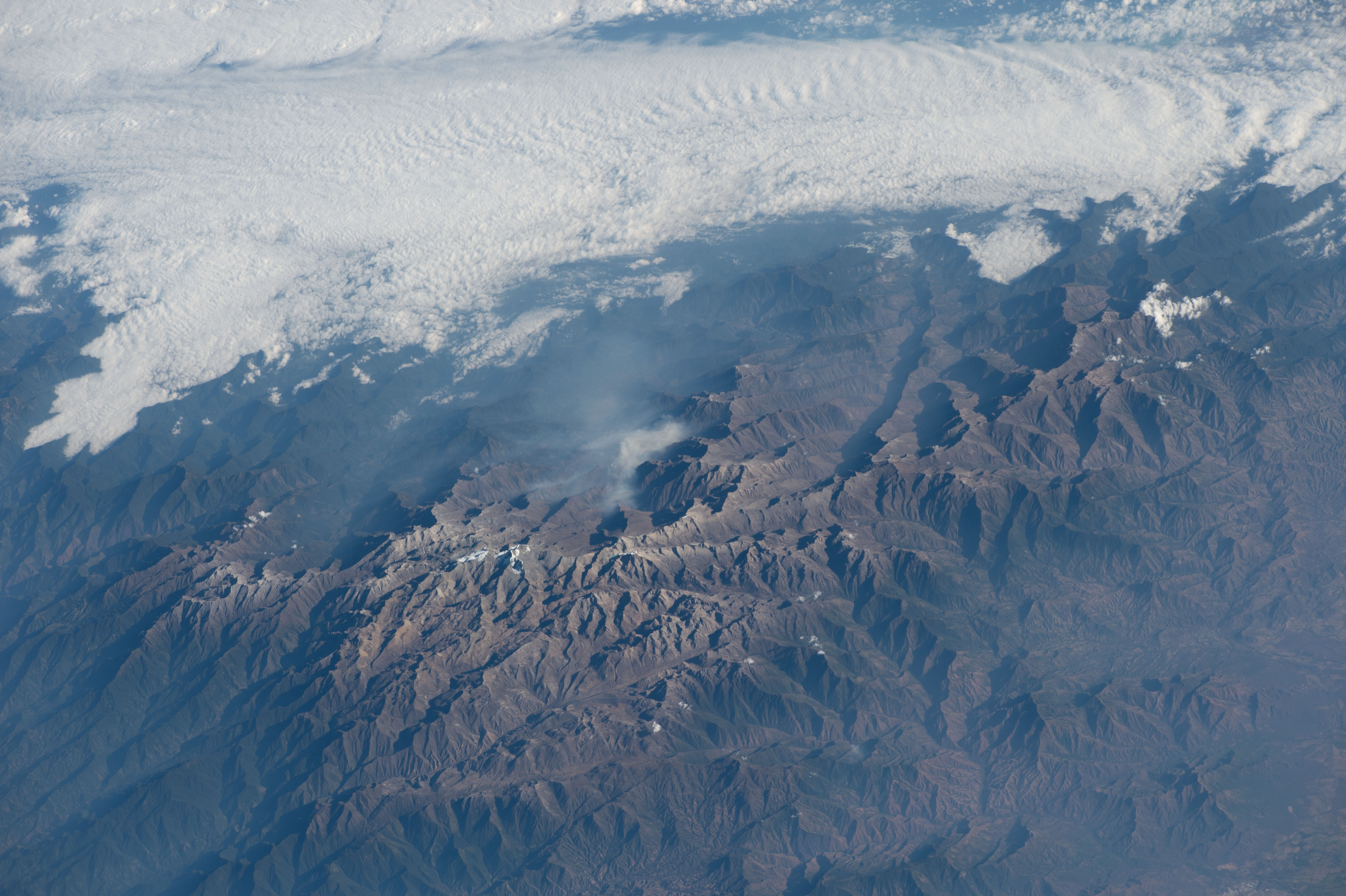 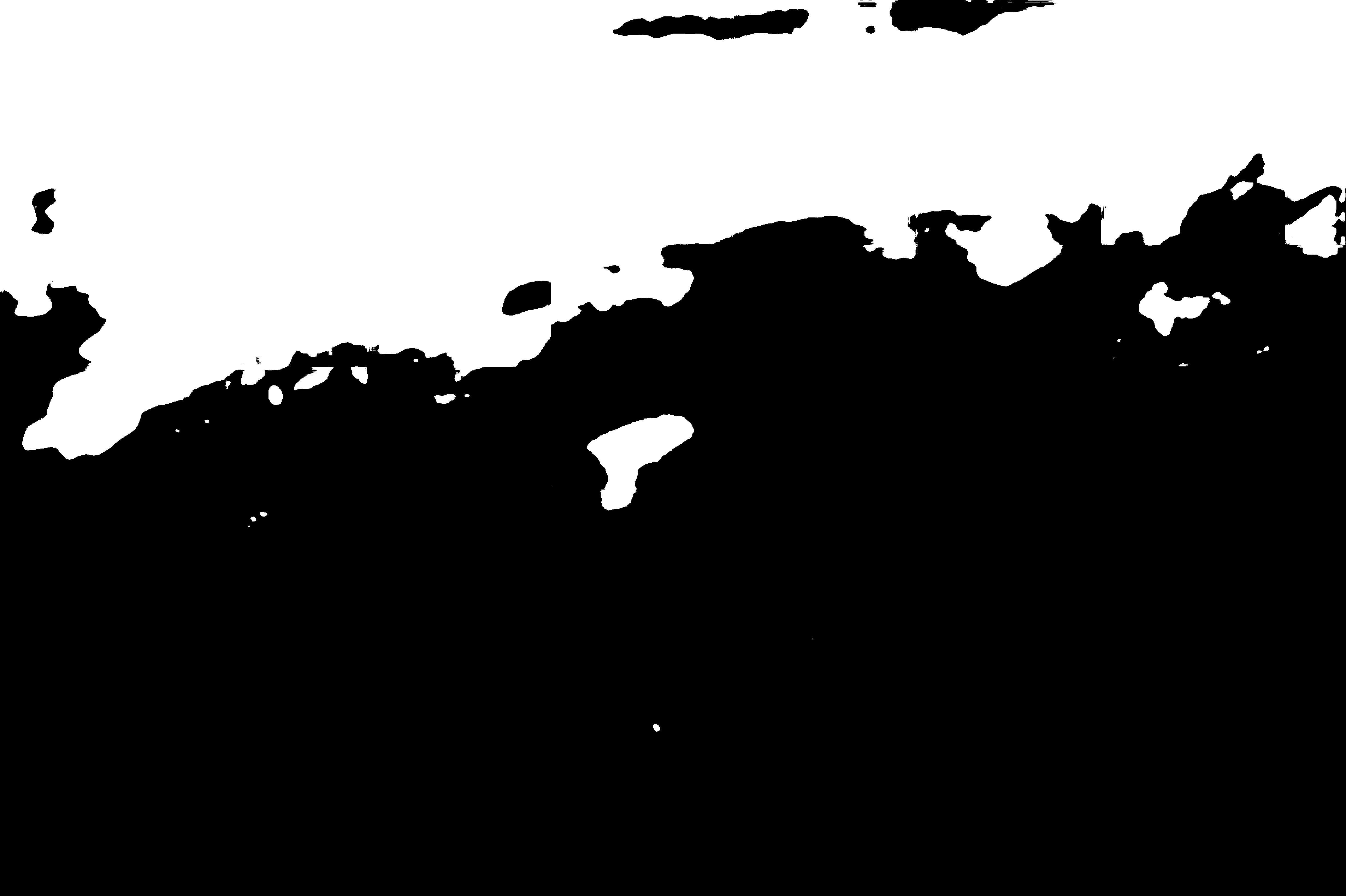 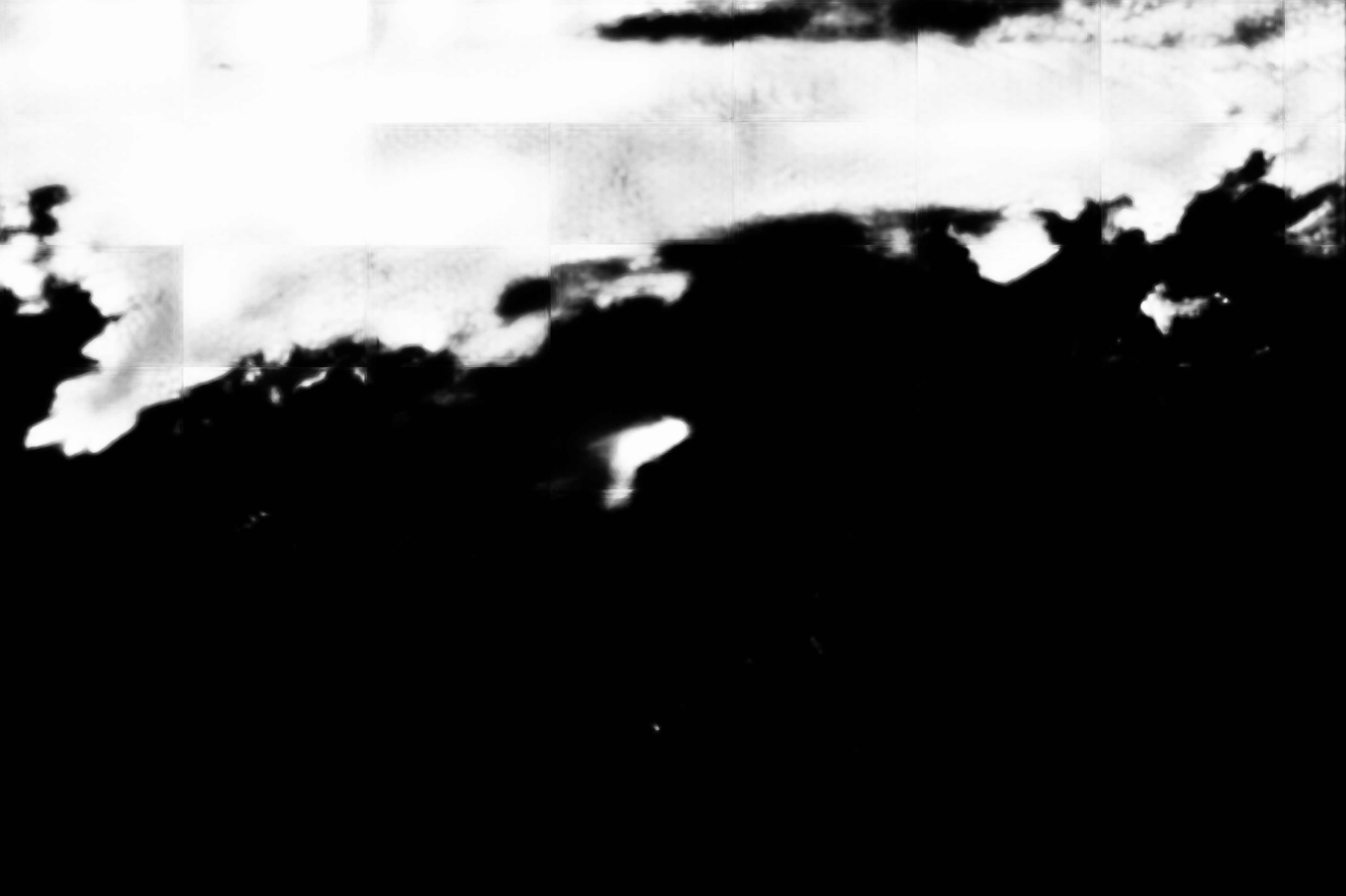 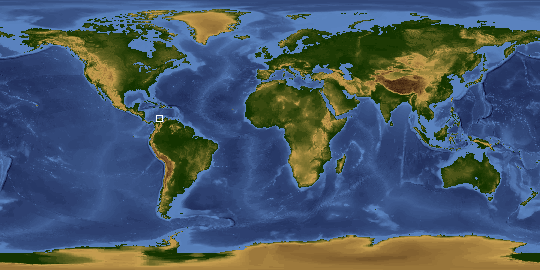 This early morning image, taken by astronauts looking from the International Space Station, shows a dramatic view of the many peaks of Colombia's Santa Marta massif. The highest of these (approximately 5700 m, 18,700 feet), named for Christopher Columbus, is so high that it supports a small but permanent snow cap (image far left), even though it lies only ten degrees north of the Equator. The summits are so high that trees cannot grow--landscapes appear gray because only grass and small shrubs can survive the cold. Interestingly, glacial erosion features can be seen throughout the gray summit zone area--showing that an ice cap hundreds of times larger than the snow cap existed during the geologically recent ice ages.

Most of the image shows the lower slopes covered with the green tinge of forests. A forest fire gives off smoke in a large valley.

The Santa Marta snow cap is the only place where snow can be seen from the tropical beaches of the Caribbean coast, 45 km distant (outside the top of the image). The region is a tourist attraction because visitors experience changes in climate, landscapes, vegetation and wildlife as they ascend the mountains. The massif contains dozens of endemic species. Much of the massif is now protected as a national park, now designated as a Biosphere reserve by UNESCO in 1979. A 2013 report identifies the reserve as the most irreplaceable park in the world for threatened species.