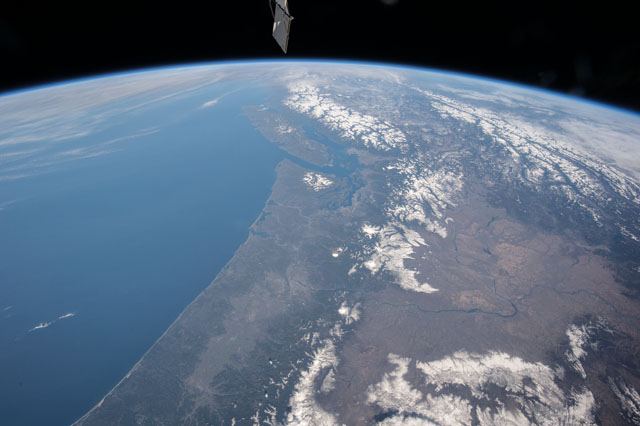 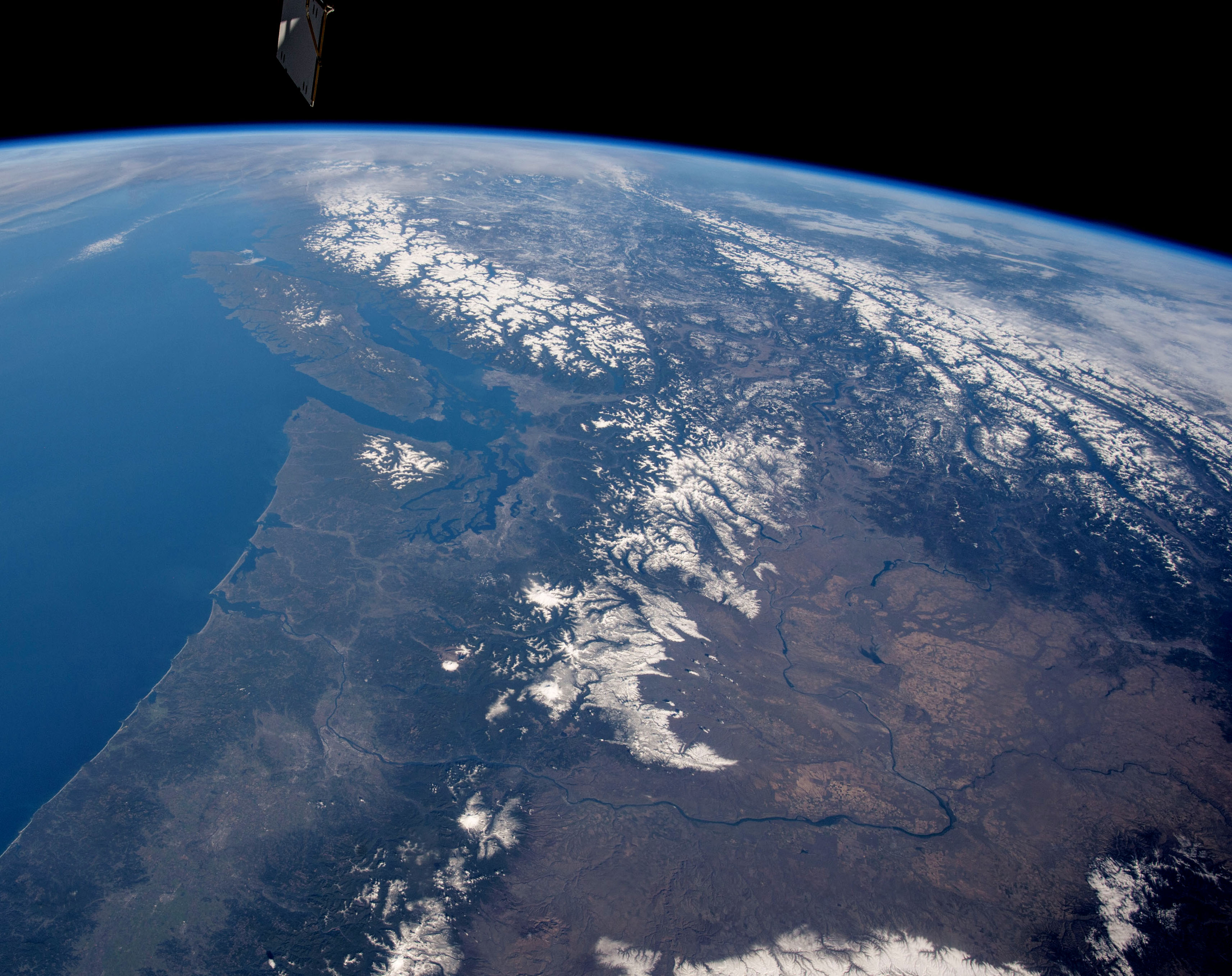 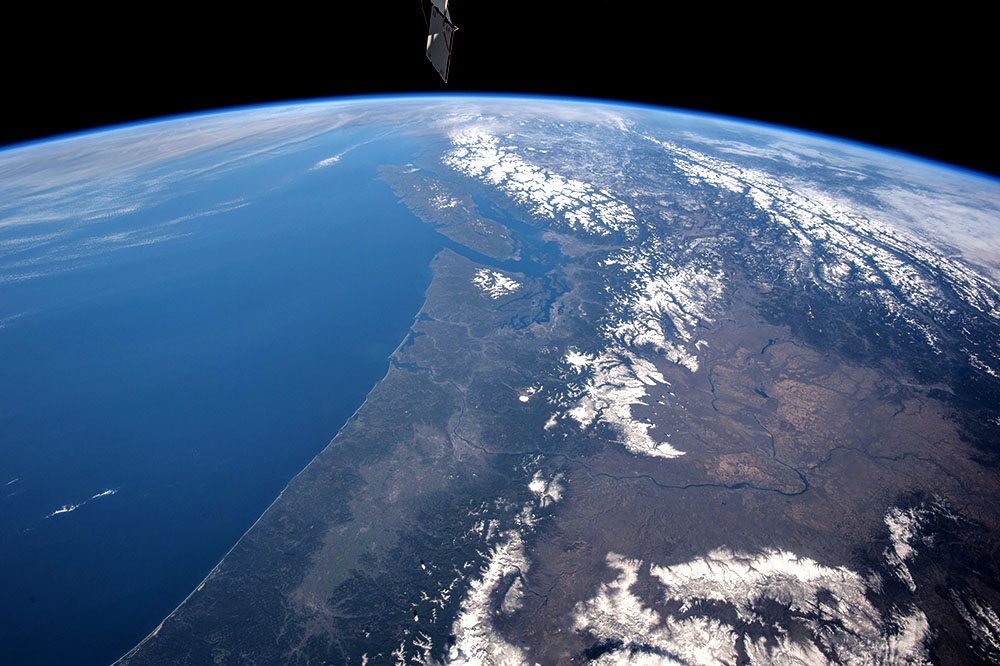 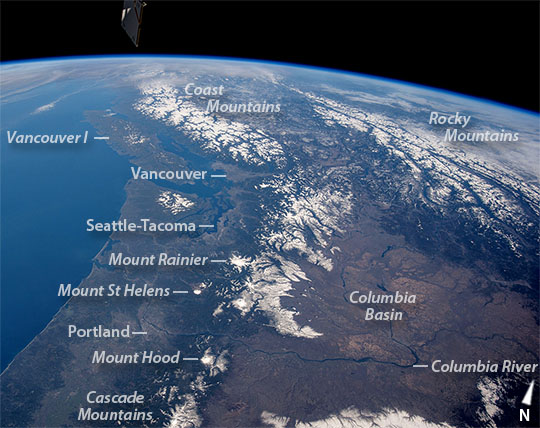 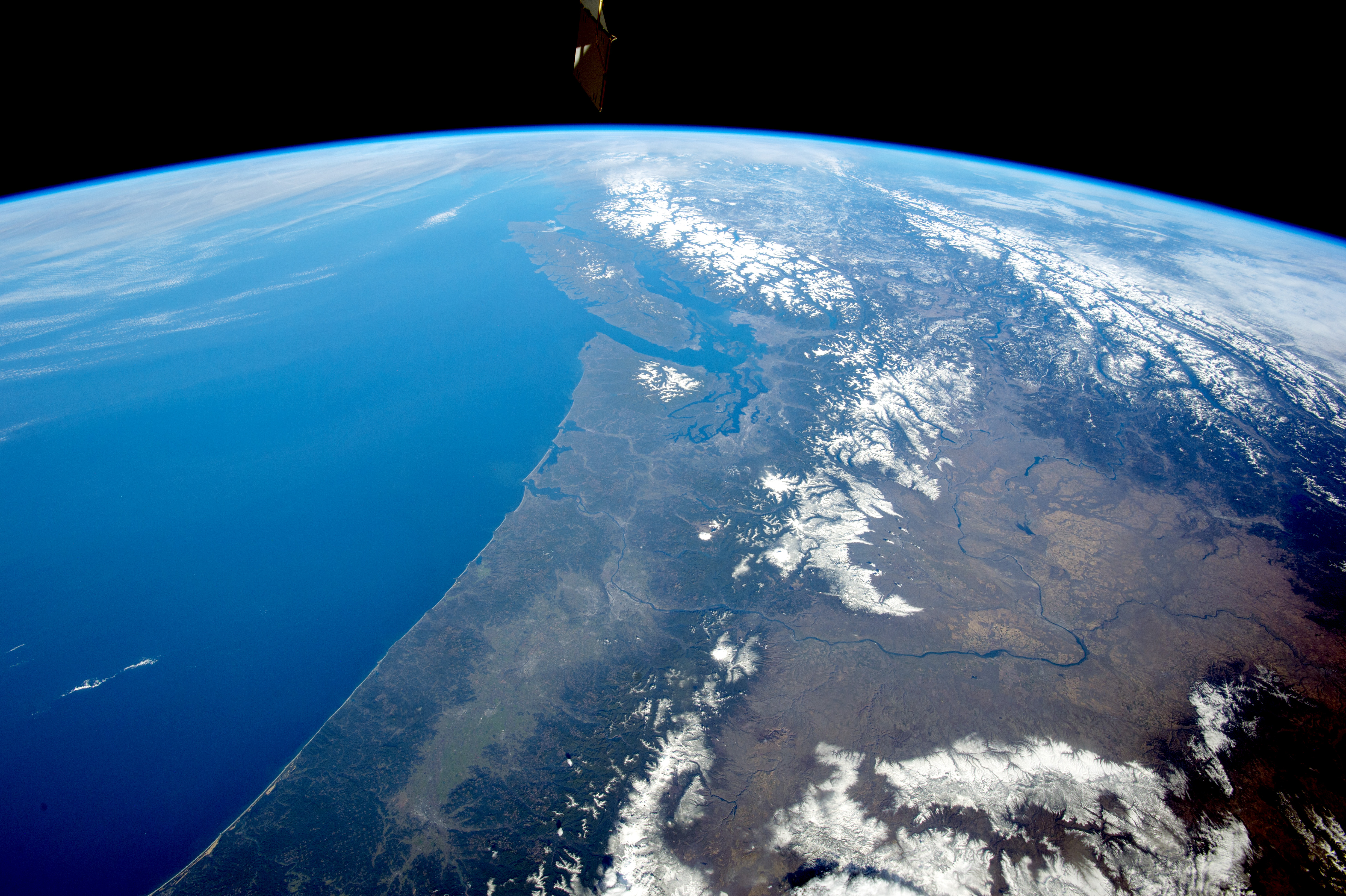 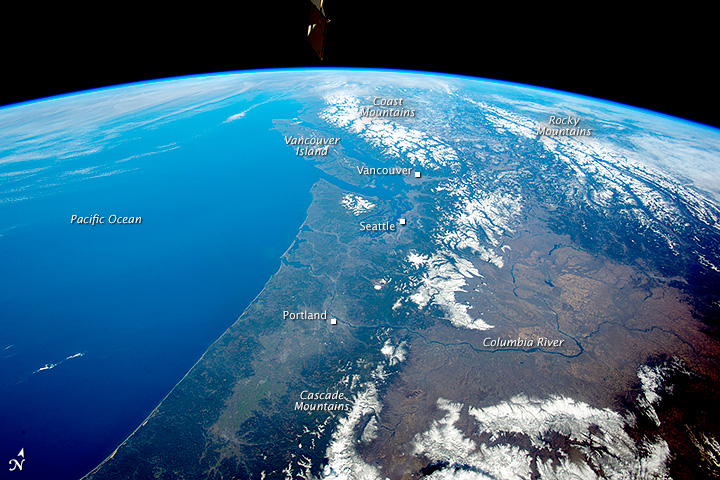 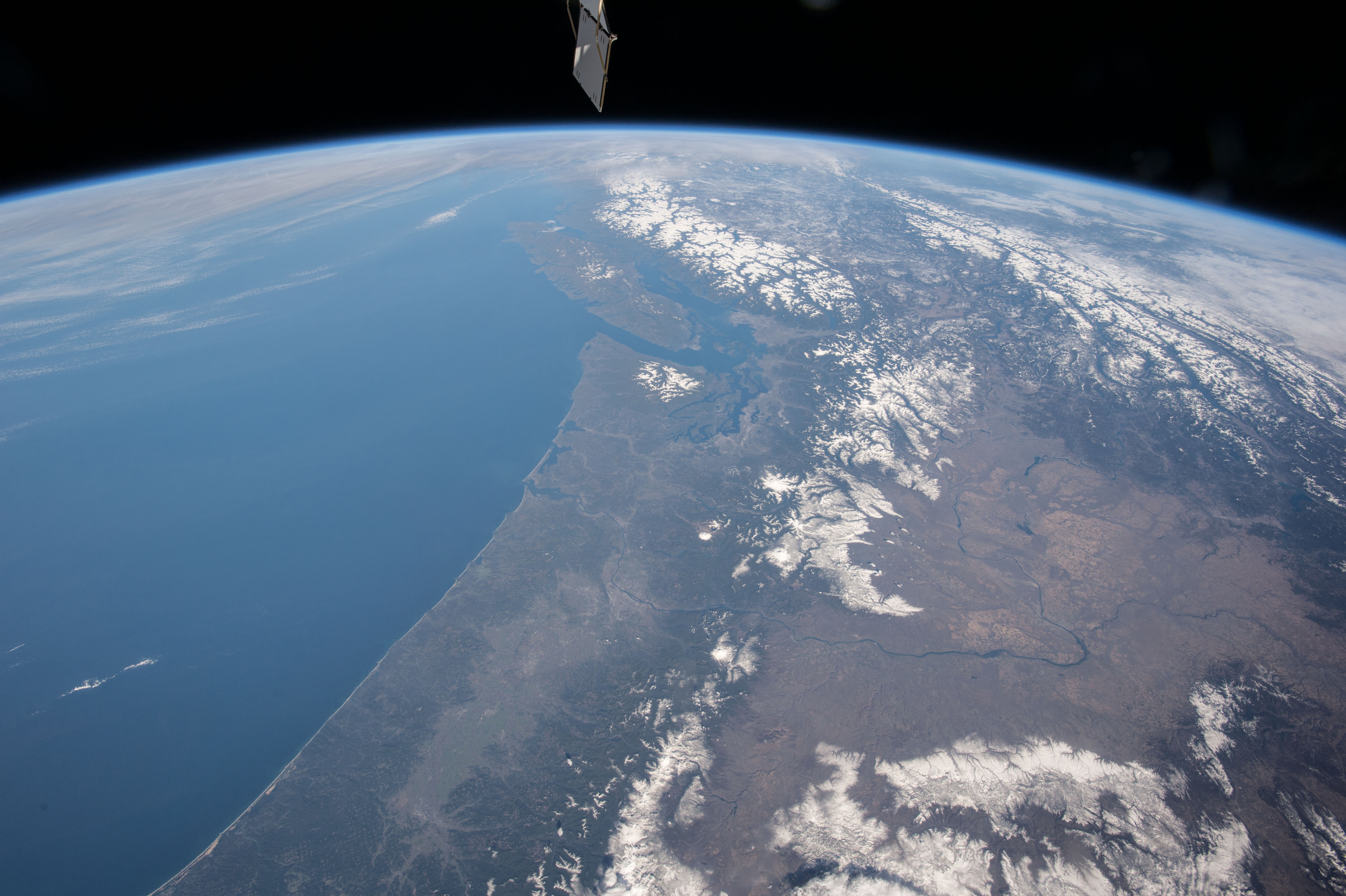 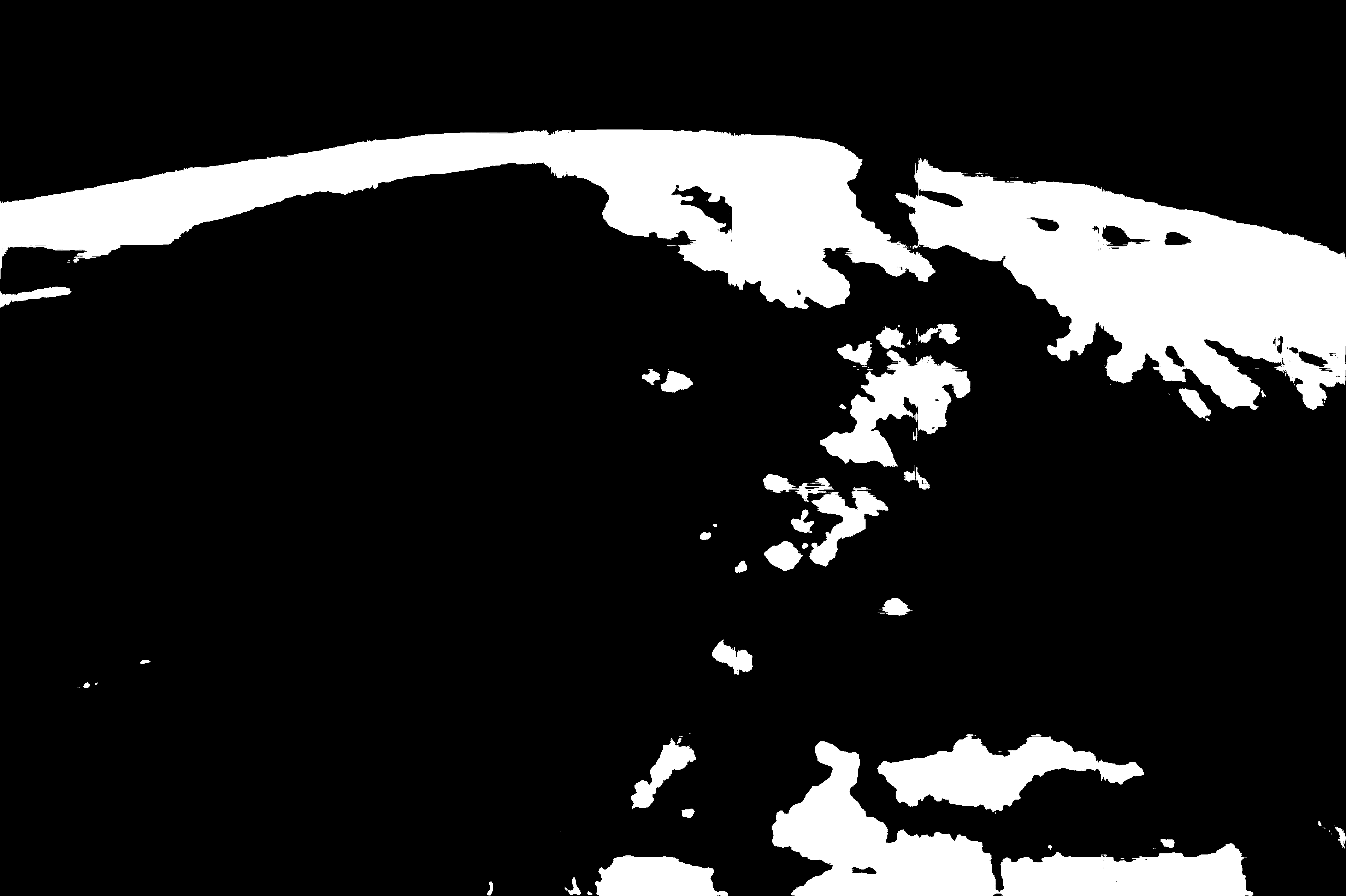 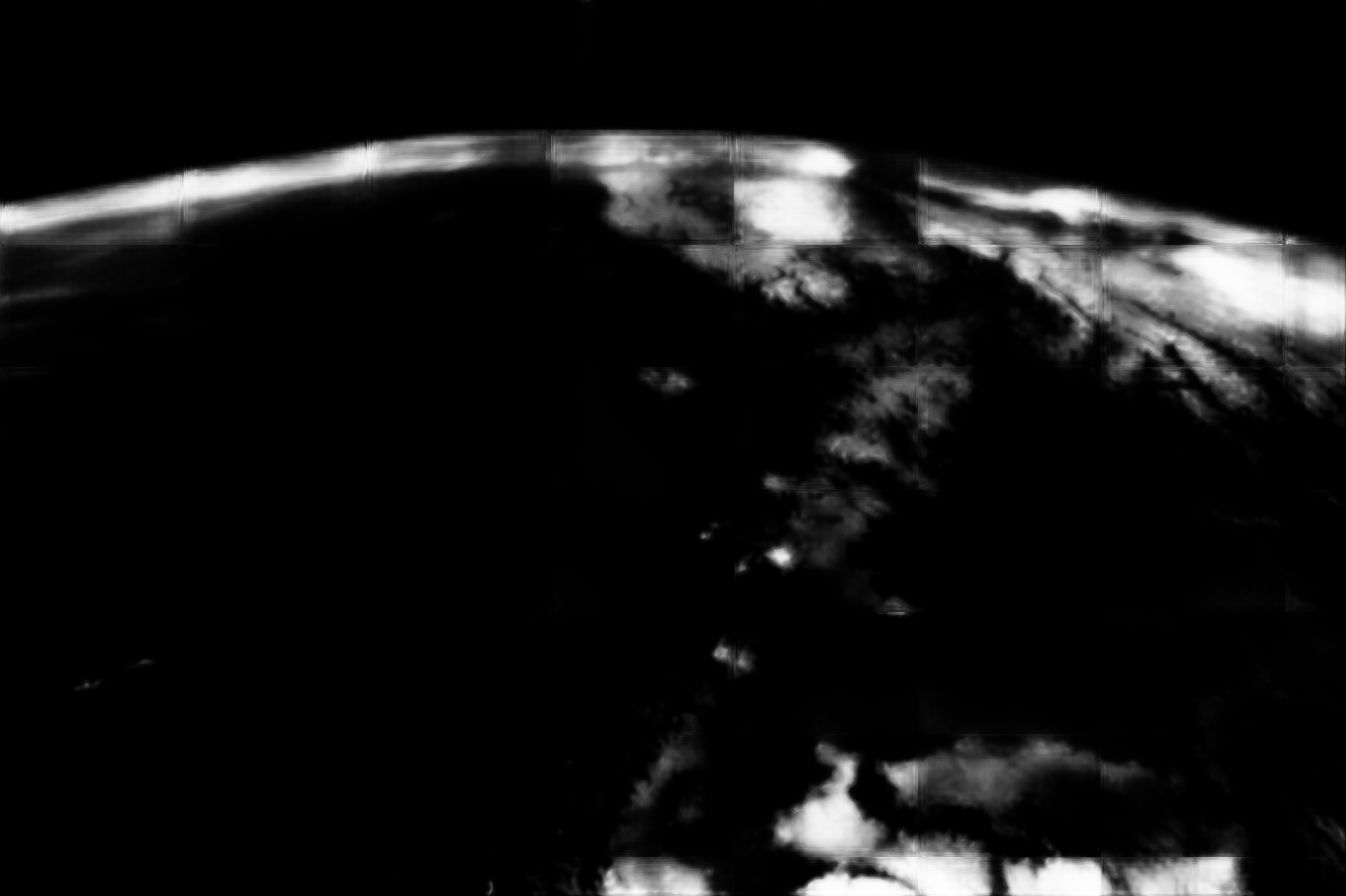 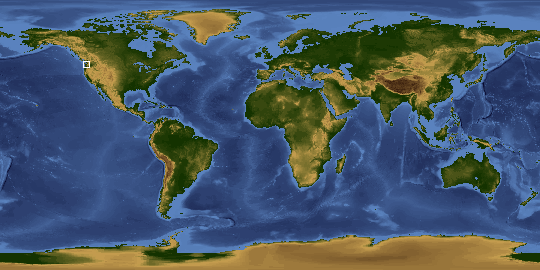 Other options available:
Download Packaged File
Download a Google Earth KML for this Image
View photo footprint information
Download a GeoTIFF for this photo
Image Caption: This panoramic photograph was taken by an astronaut looking north from the International Space Station. The snow-covered Cascade Range of the U.S. northwest in the foreground gives way to the Rocky Mountains and Coast Mountains in Canada, with Vancouver Island just offshore. Several active volcanoes--Mount St. Helens, Mount Rainier and Mount Hood--dot the Cascades. One of the space station's solar arrays points into the view on the upper left.

Short-lens panoramic views often reveal environmental patterns. The cloud bands of an approaching winter storm (upper left) signal a bout of approaching rain to what is one of the wettest parts of North America. Greener, forested landscapes are evidence of the wet climate experienced by people who live near the coast and on the seaward slopes of the mountains. By contrast, the tan colors of the dry Columbia Basin (lower right) show the rain shadow effect of the Cascades in preventing rain-bearing air masses from reaching the basin. In the foreground, the Columbia River drains the basin, cuts directly through the Cascades at Columbia River Gorge, and then flows into the Pacific Ocean.

Cities typically appear as dull gray zones, but astronauts learn to detect these sometimes difficult targets. In this image, Portland, the Seattle-Tacoma metropolis, and Vancouver are all visible. Mount Rainier lies immediately southeast of Seattle about 65 kilometers (40 miles) away.