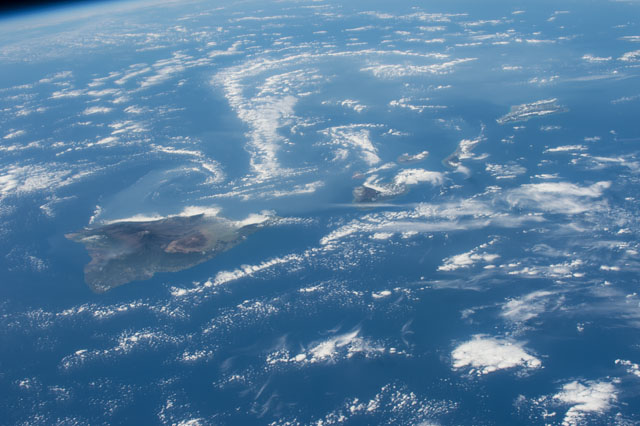 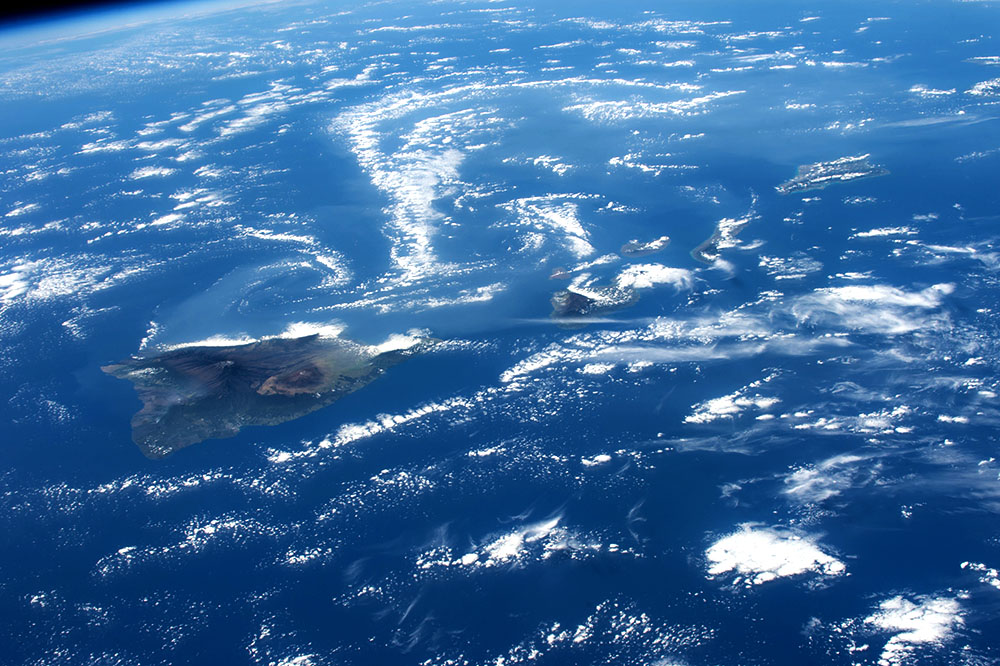 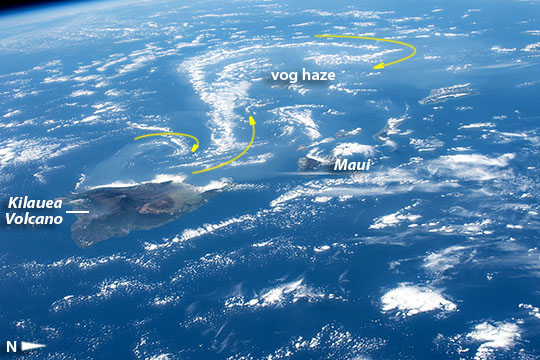 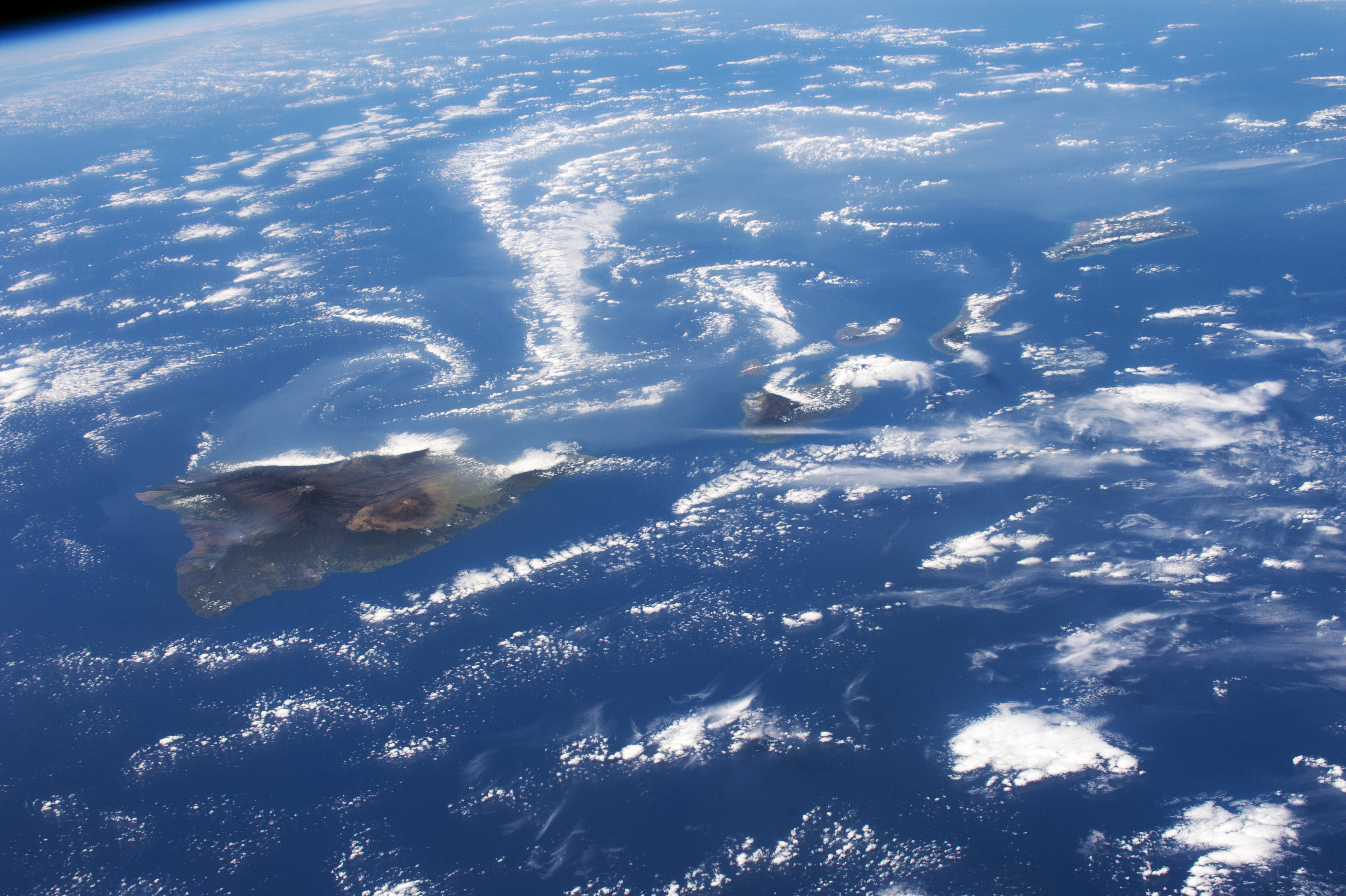 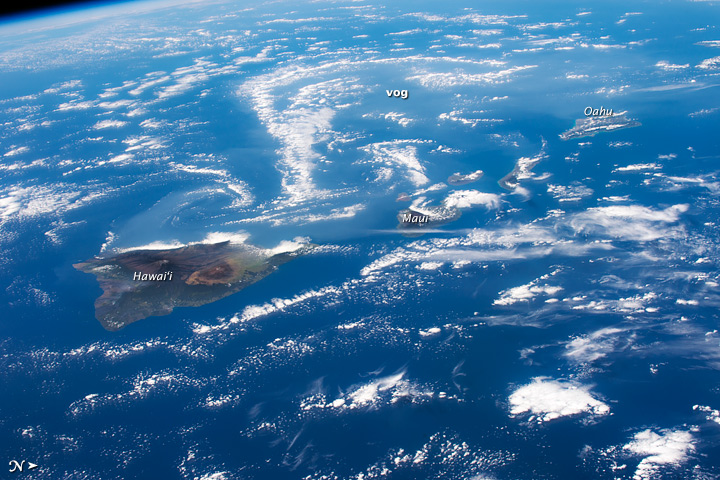 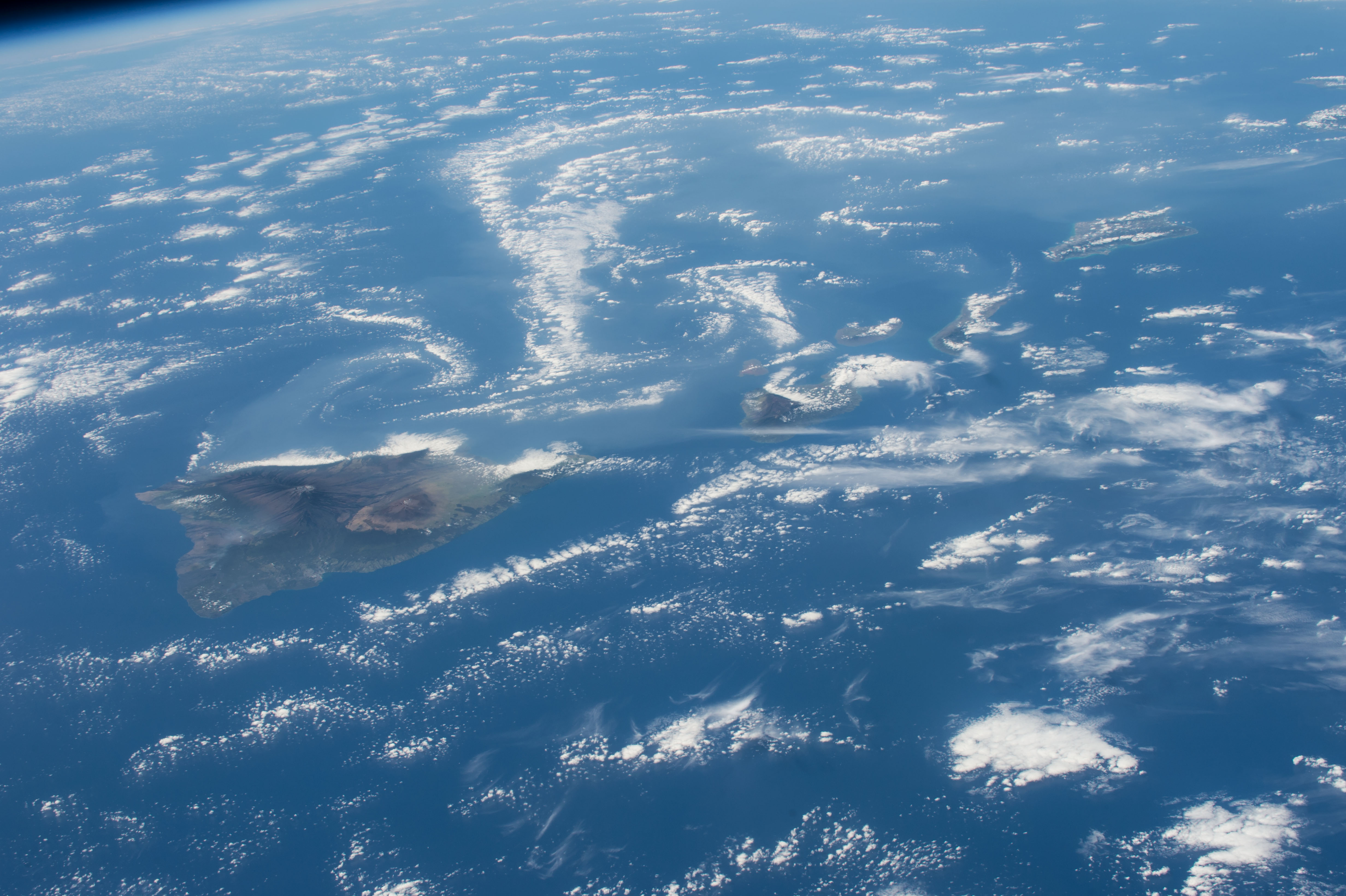 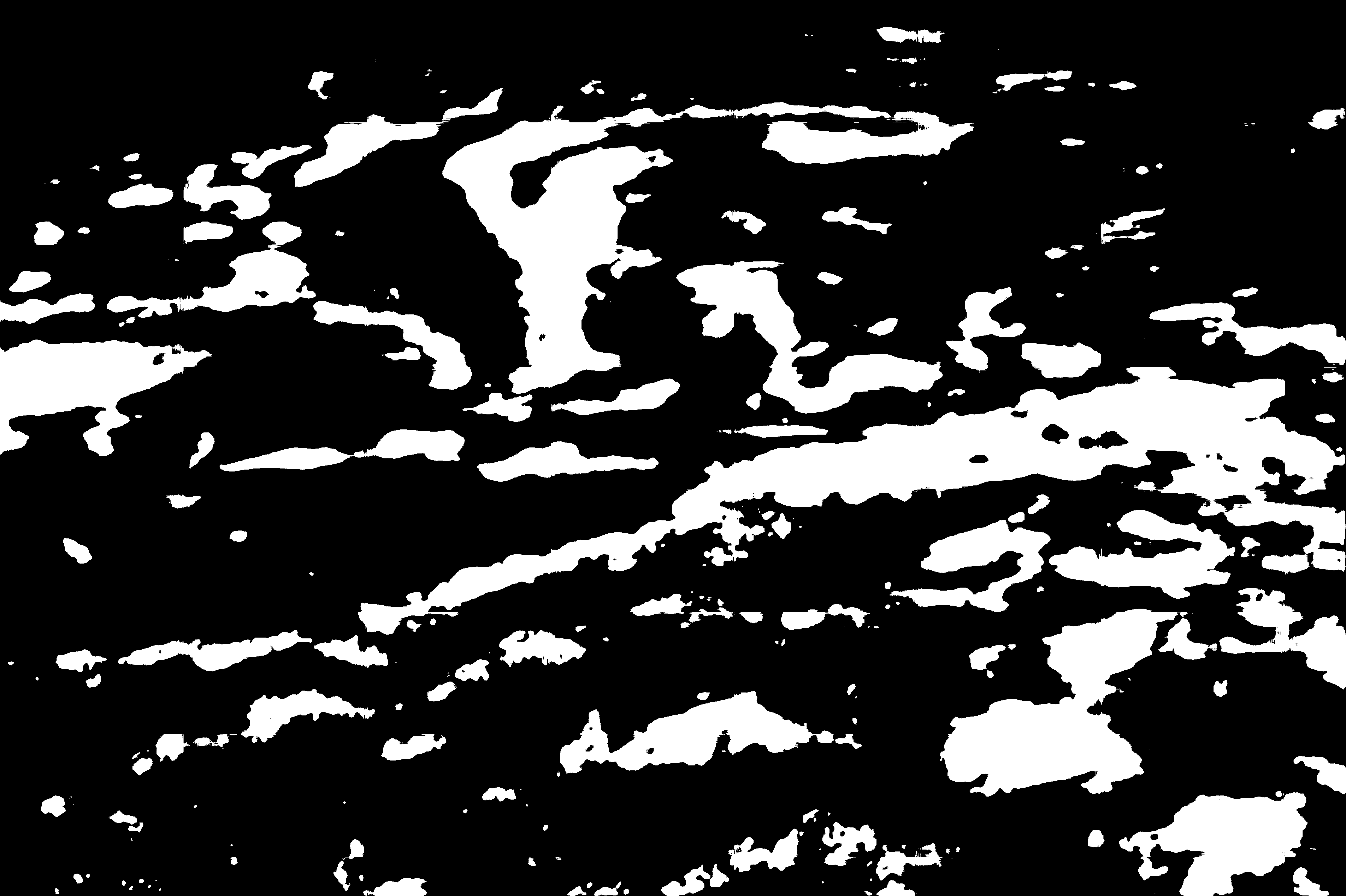 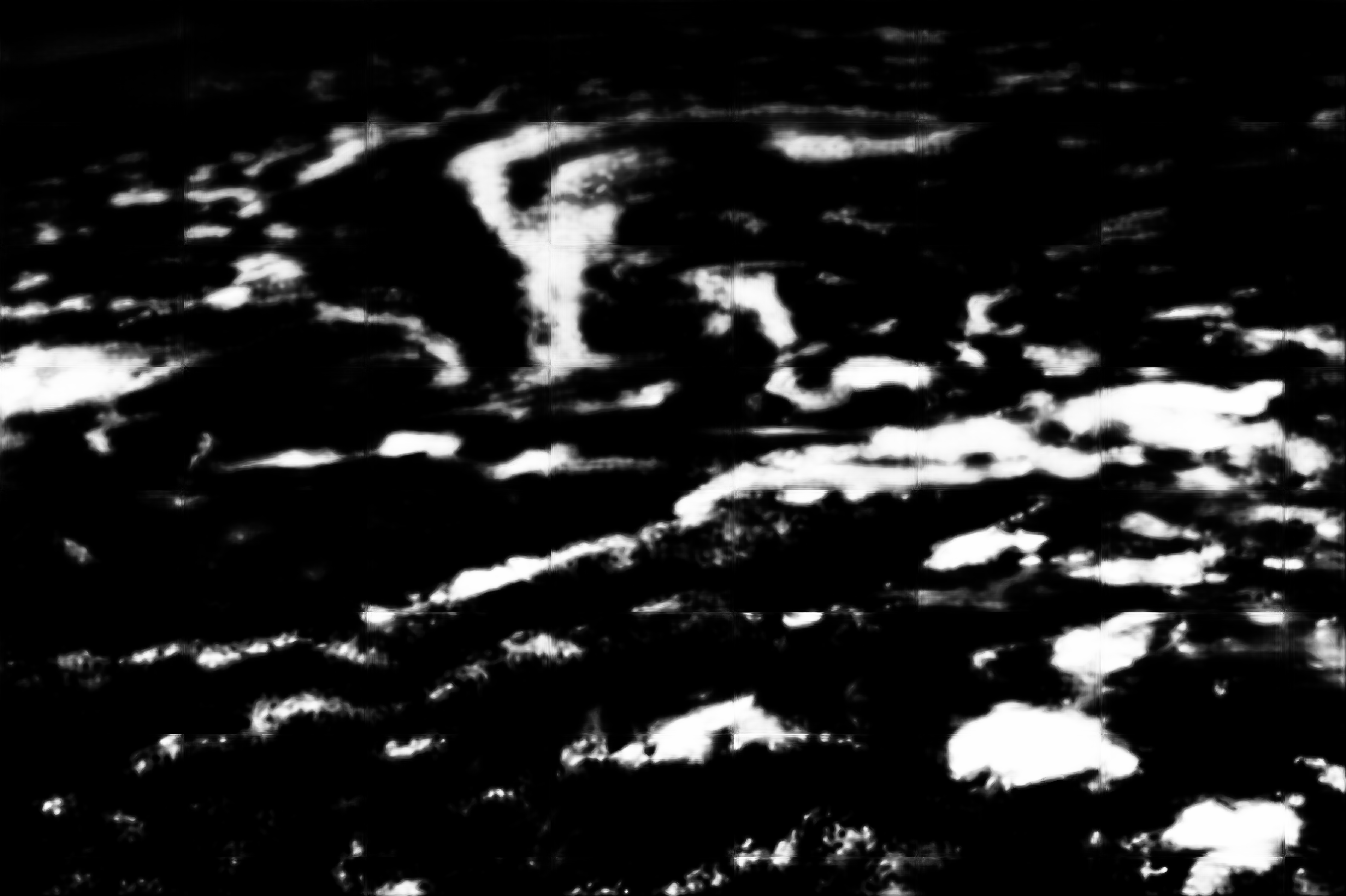 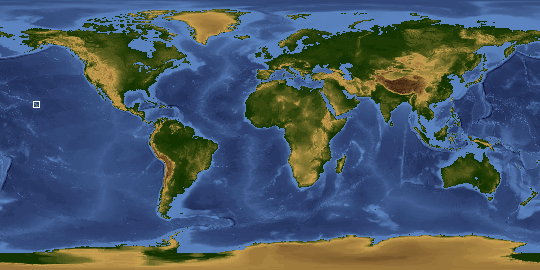 Crews aboard the International Space Station oriented the camera specifically to capture this panorama of Hawaii's Kilauea volcano (image left) with the long swirls of volcanic gases (top half of the image) wafting west from the volcano. Astronauts are trained to take oblique images of hard-to-see atmospheric haze by shooting obliquely to enhance visibility. The gas haze--termed vog, a combination of fog, smog and volcanic--is well known in Hawai'i, and is defined as "a form of air pollution that results when sulfur dioxide and other gases ... emitted by an erupting volcano react with oxygen and moisture in the presence of sunlight".

Here the vog haze is transported hundreds of km downwind of the volcano (for scale the Big Island is 137 km, 85 miles, long). In this unusual view the vog forms a series of subtle but distinct alternating swirls (arrows) known as von Karman vortices, a favorite topic for crew photography. Swirls form under specific conditions of high atmospheric pressure and relatively slow wind speeds. They usually develop in clouds downwind of islands, as shown in many astronaut images of cloud patterns. Images of vog haze are captured often by astronauts, but few show the swirl phenomenon.