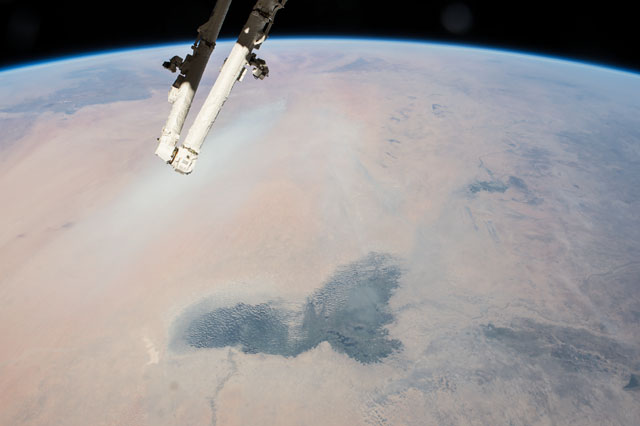 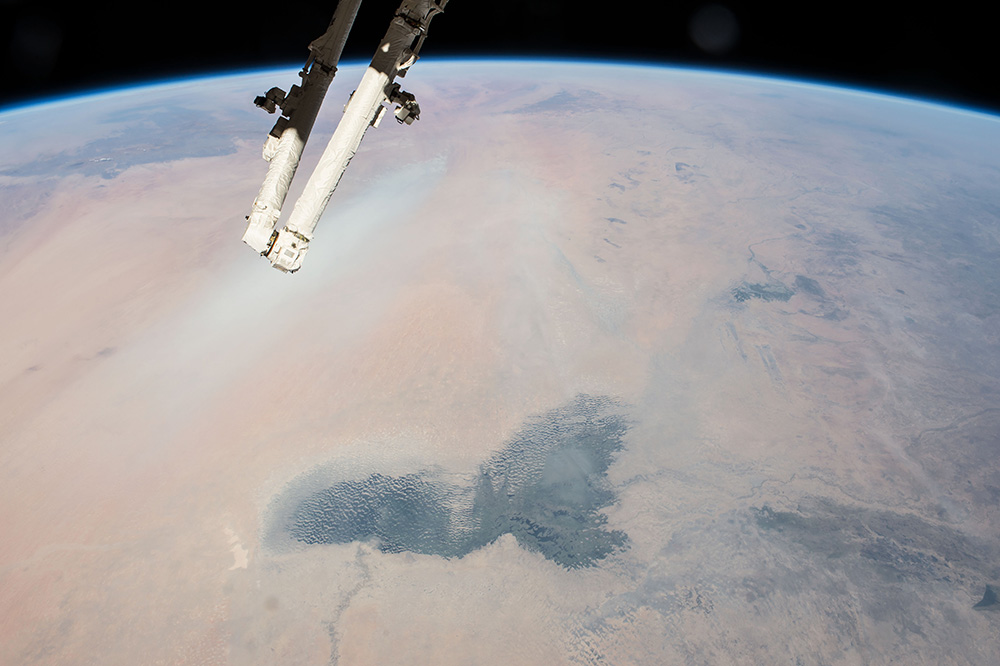 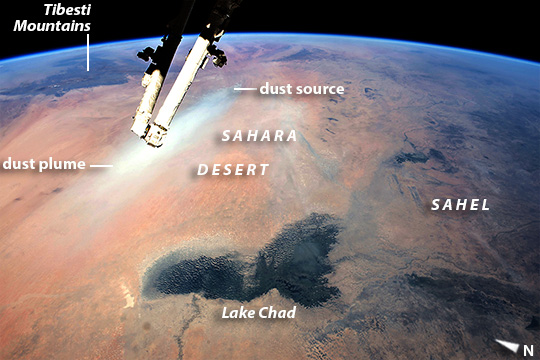 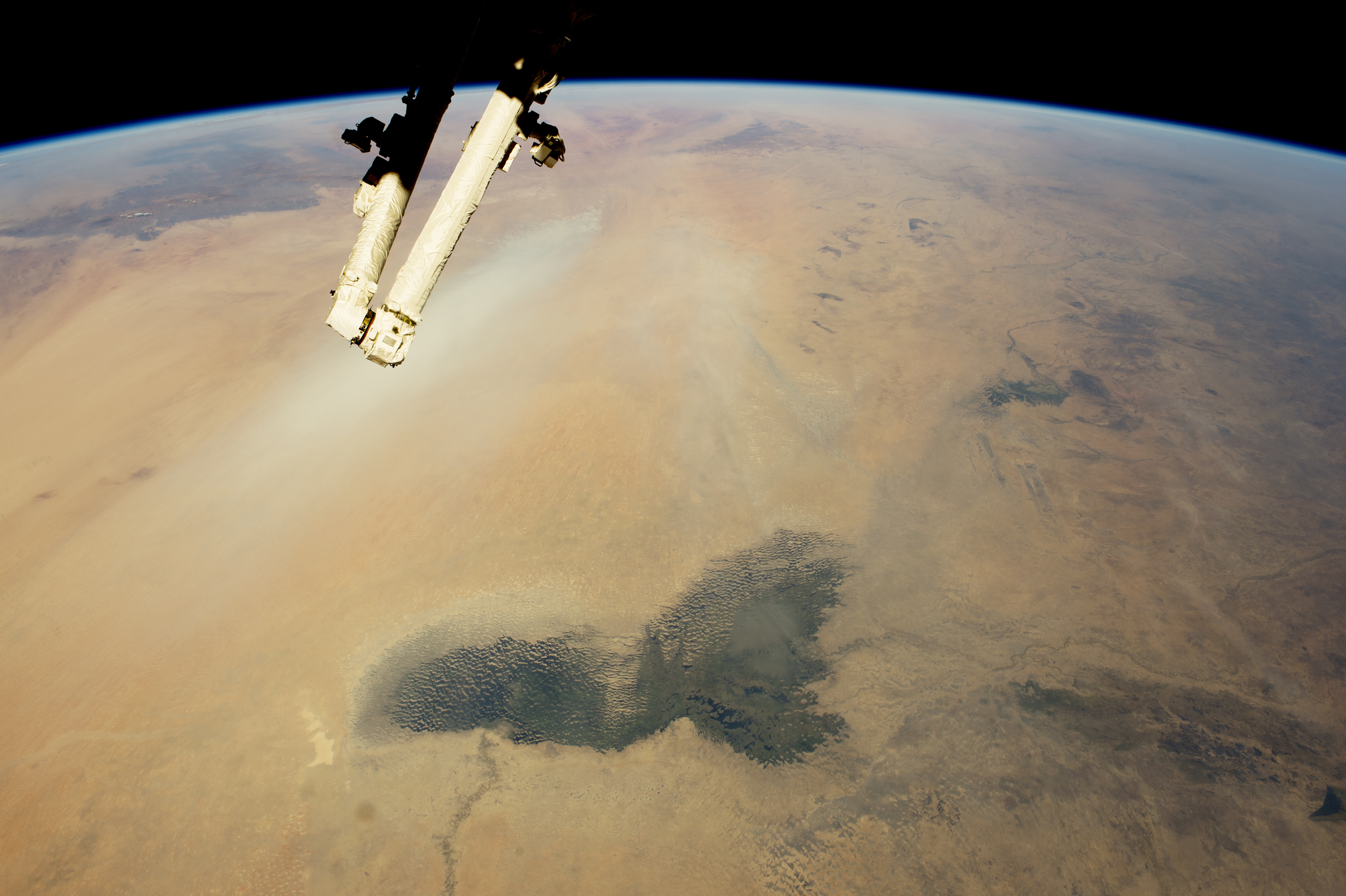 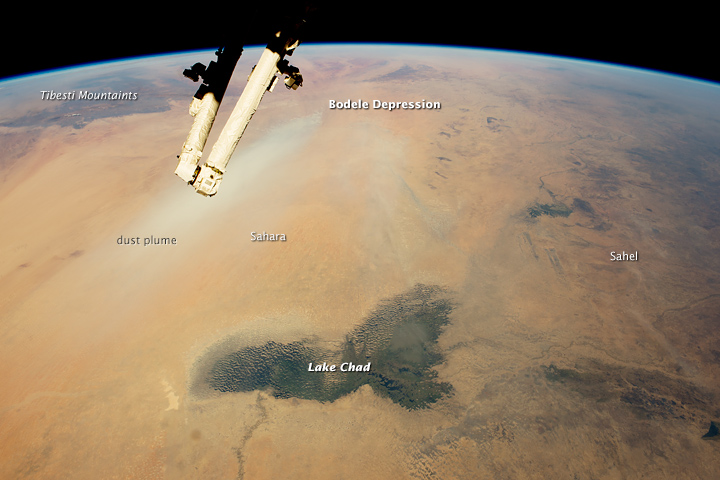 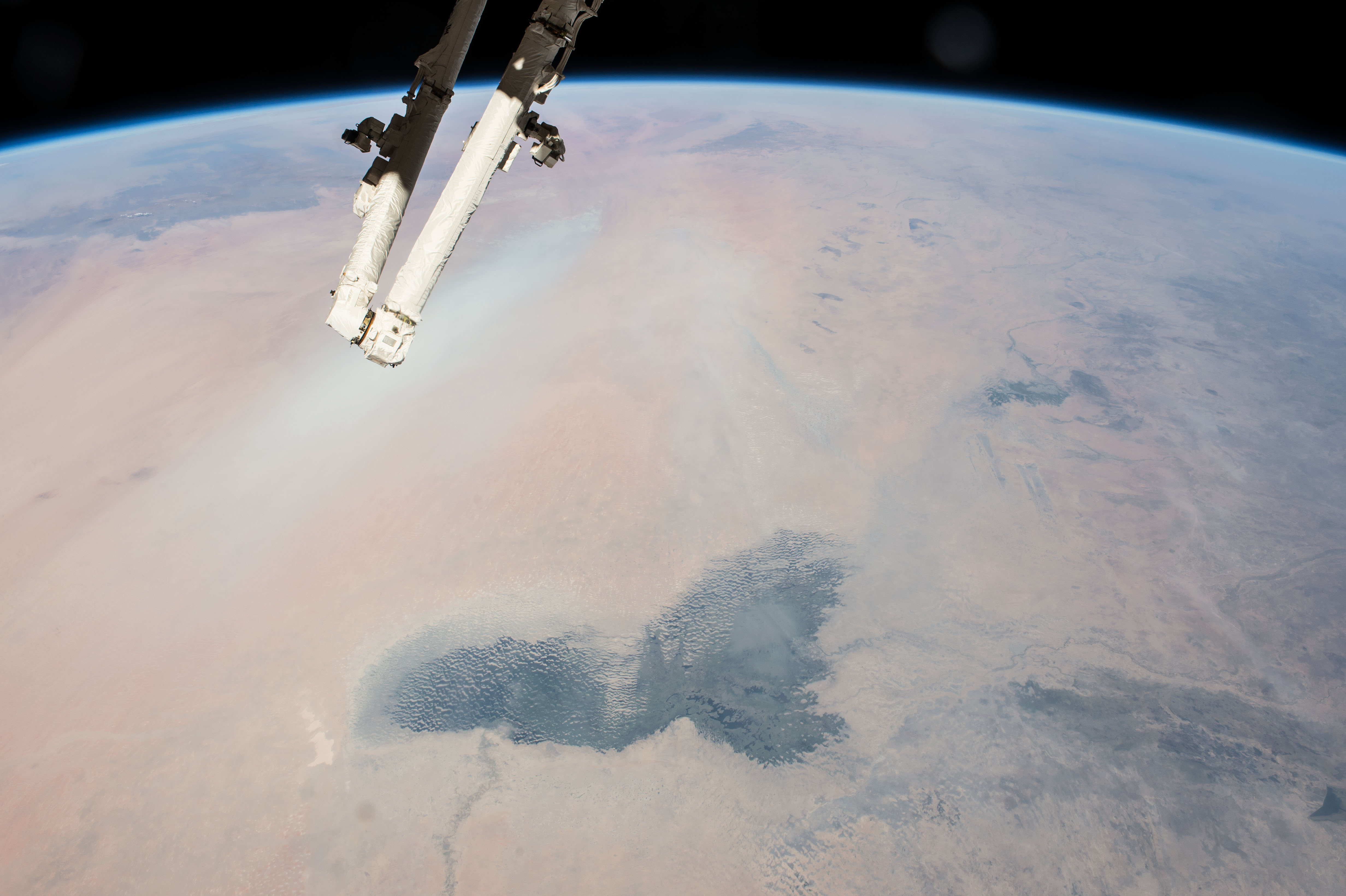 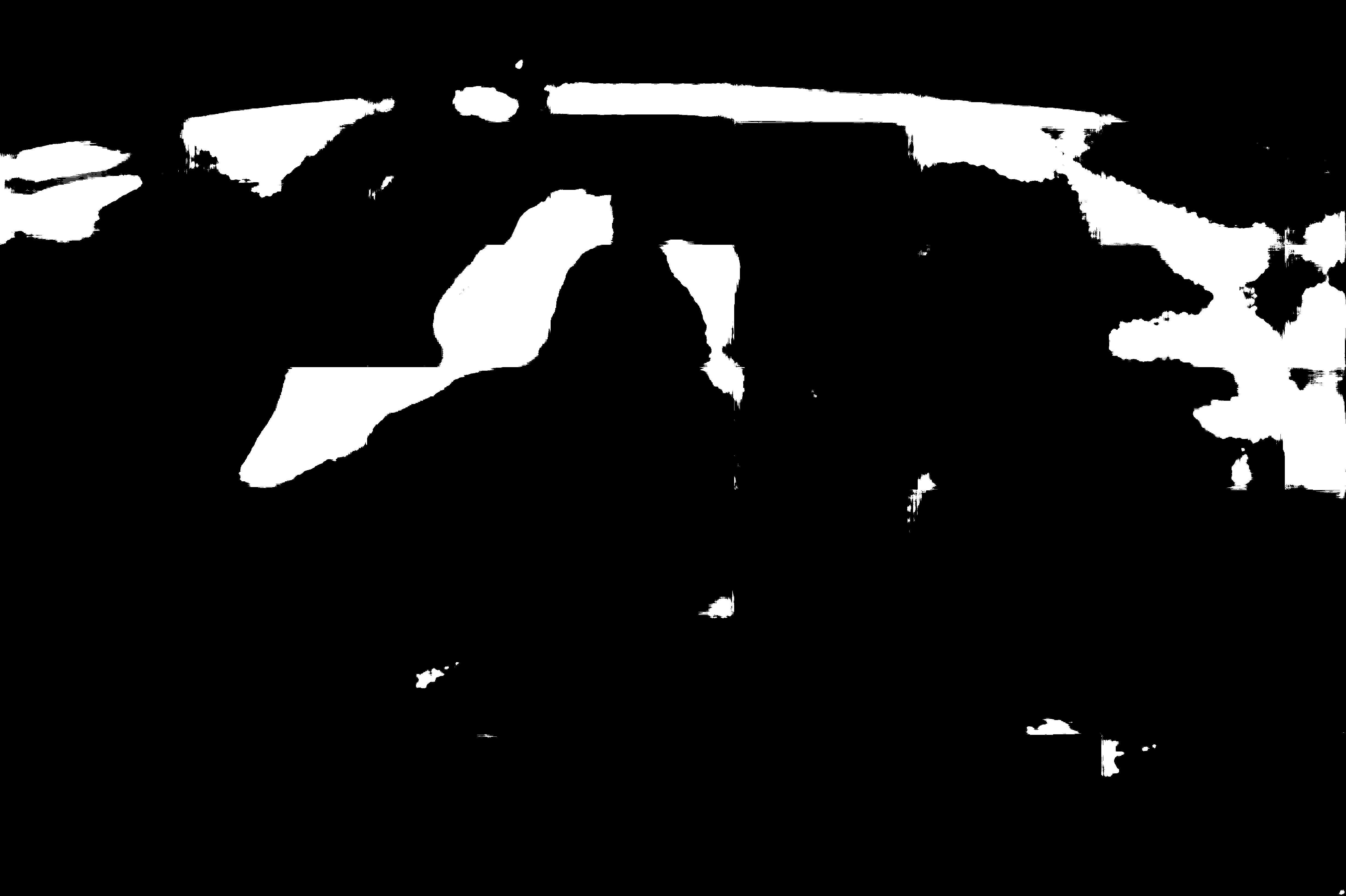 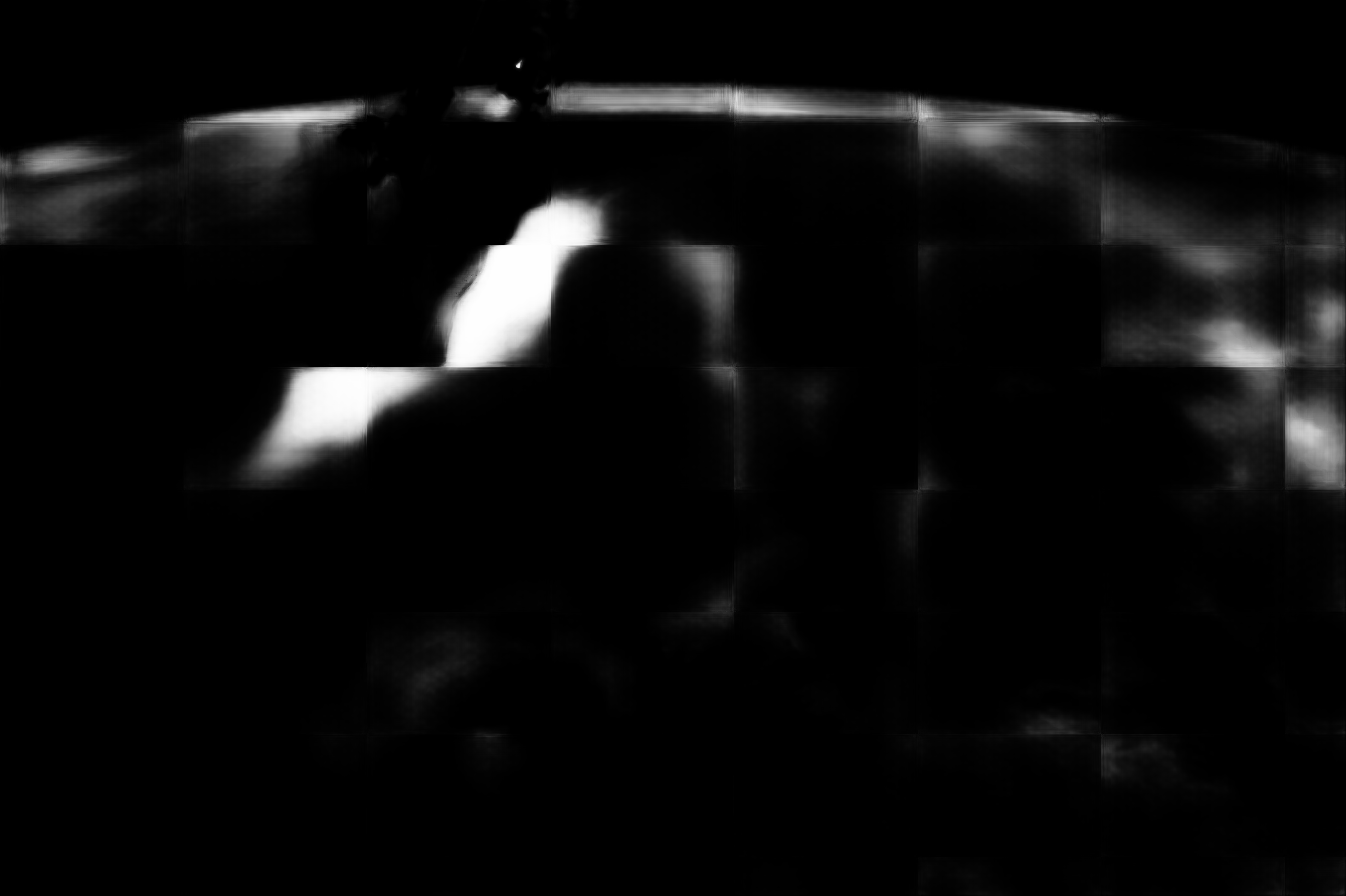 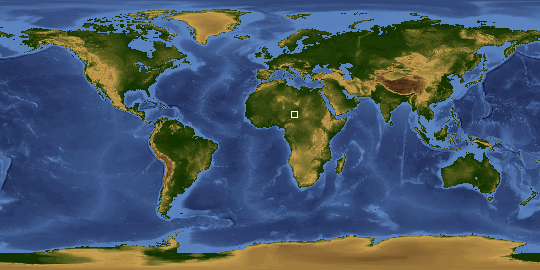 This east-looking image, taken by astronauts aboard the International Space Station, shows landscapes of the arid Sahara (image left) and the darker vegetation of the wetter semi-arid tropical woodland known as the Sahel (image right). The dark green marshes of Lake Chad stand out in the foreground of this view. Even though it is more than 200 km long, Lake Chad is the small remnant of a vast lake that has repeatedly occupied most of the region in this view in the recent geological past. This lake basin have stretches from the foreground almost 1000 km to the foot of the Tibesti Mountains (image top left). The lowest slopes of the Tibesti show the remnants of great deltas.

The image also captures an active dust plume--partly obscured by the so-called Canada Arm of the Space Station. The dust rises from the white mud flats of the ancient lake bed (image top left). Lofted into the atmosphere by northeasterly winds, dust from this basin often reaches the Atlantic Ocean, thousands of km to the west. Occasionally this dust is even carried by weather systems as far as the Americas.