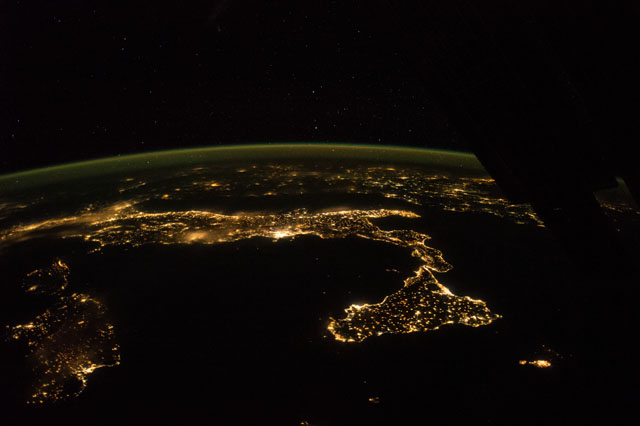 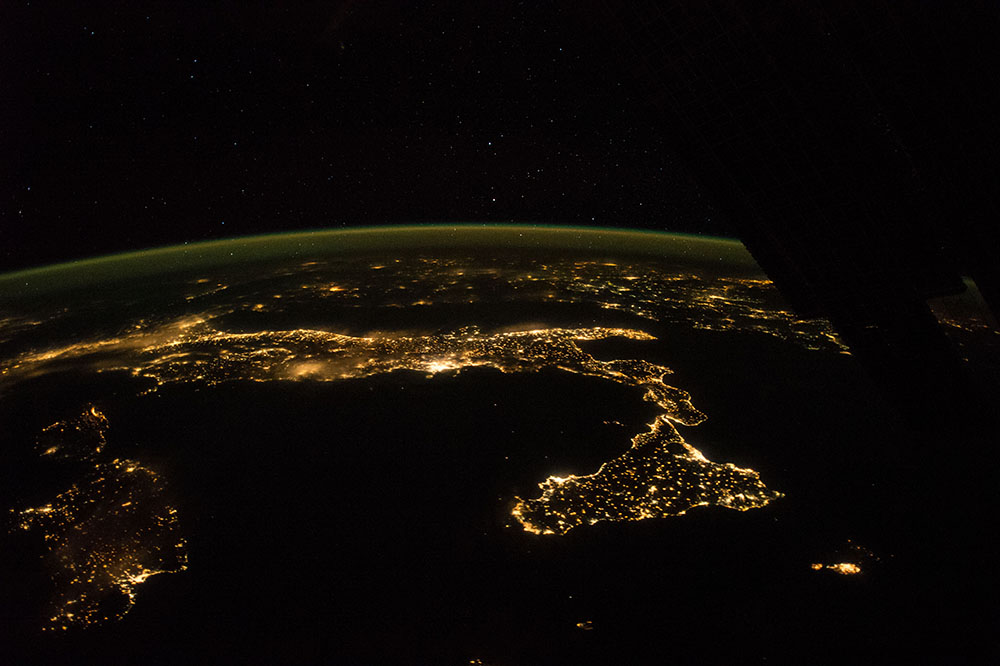 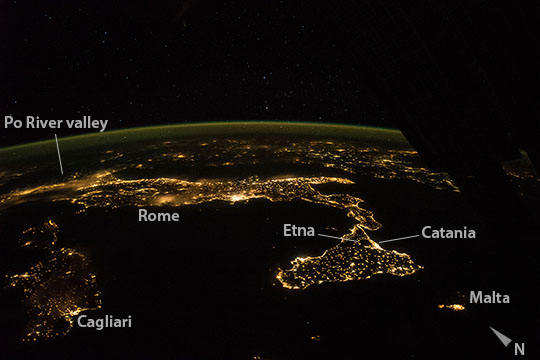 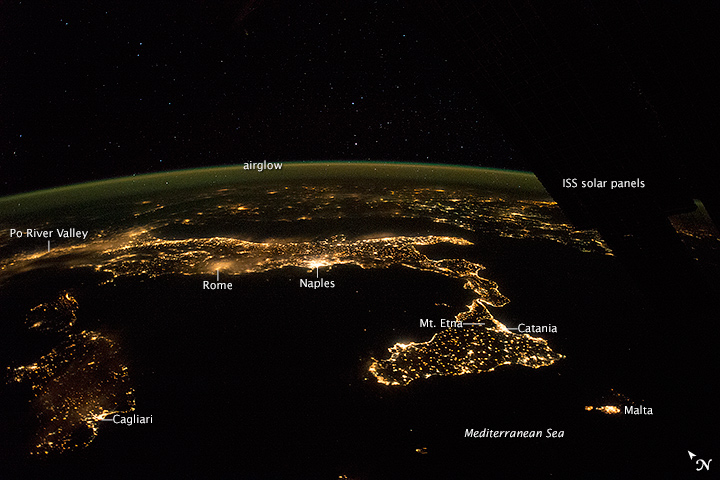 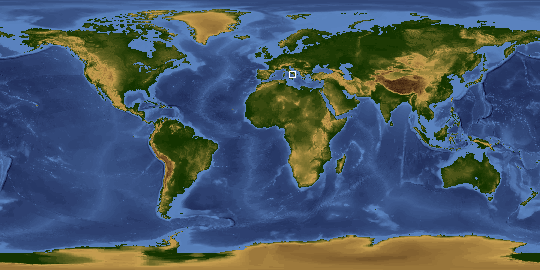 The easily recognized boot of Italy with Sicily at its tip is spread out across this panorama taken by astronauts aboard the International Space Station on a clear night looking east. The pattern of night lights shows that populations are concentrated mainly along coastlines, but also in the Po River Valley (image left) in the north of Italy. Some of the brightest clusters are Rome and nearby Naples (image center), with island cities of Cagliari, the major port city of Sardinia, and Catania on Sicily--now well-known in Italy as the hometown of European Space Agency astronaut Luca Parmitano.

The light patterns show all kinds of detail. The small, dark circular patch dangerously close to Catania marks the unpopulated slopes of the volcano Etna. The island of Malta appears image lower right. Hazy lights, as over the Po valley and Rome, probably indicate local thin cloud. The airglow line is vivid in this night shot.