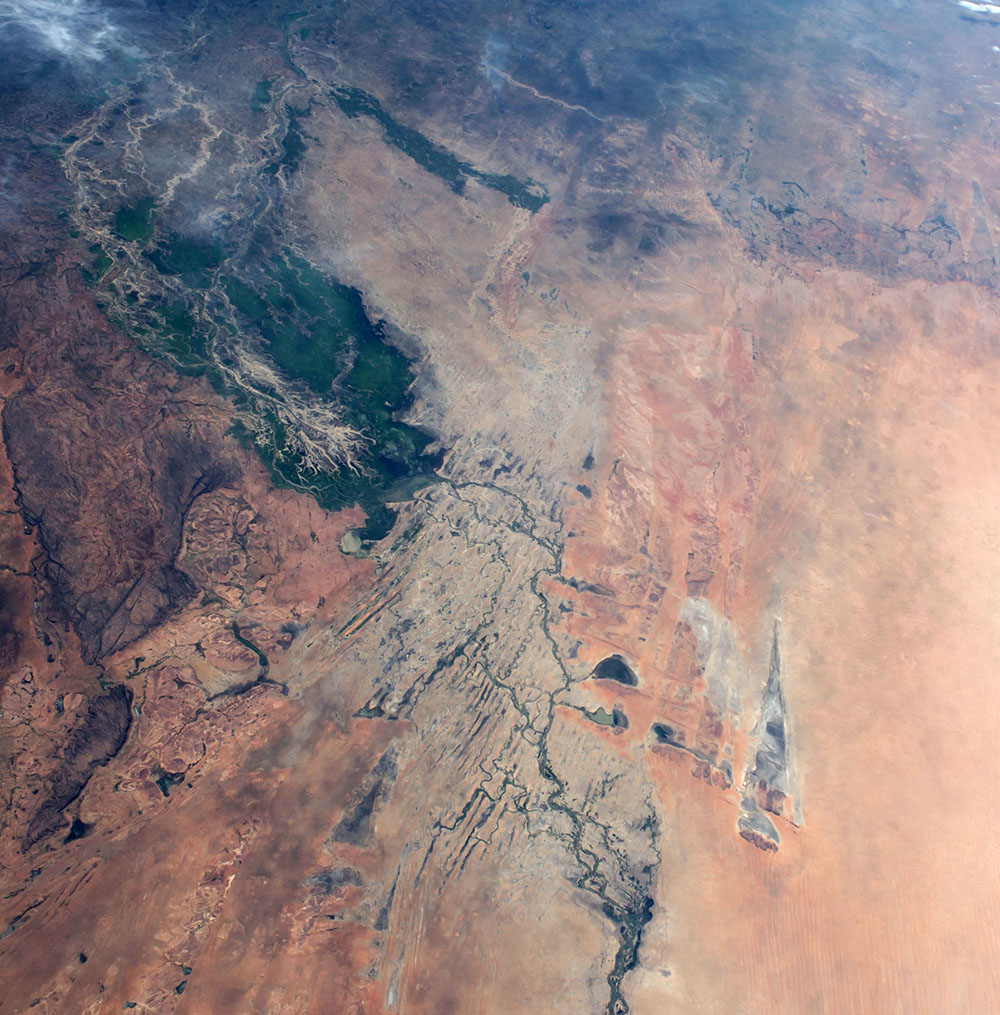 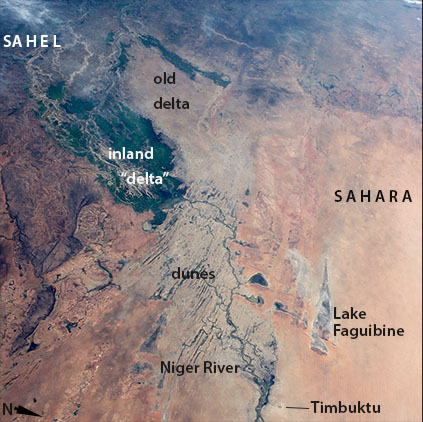 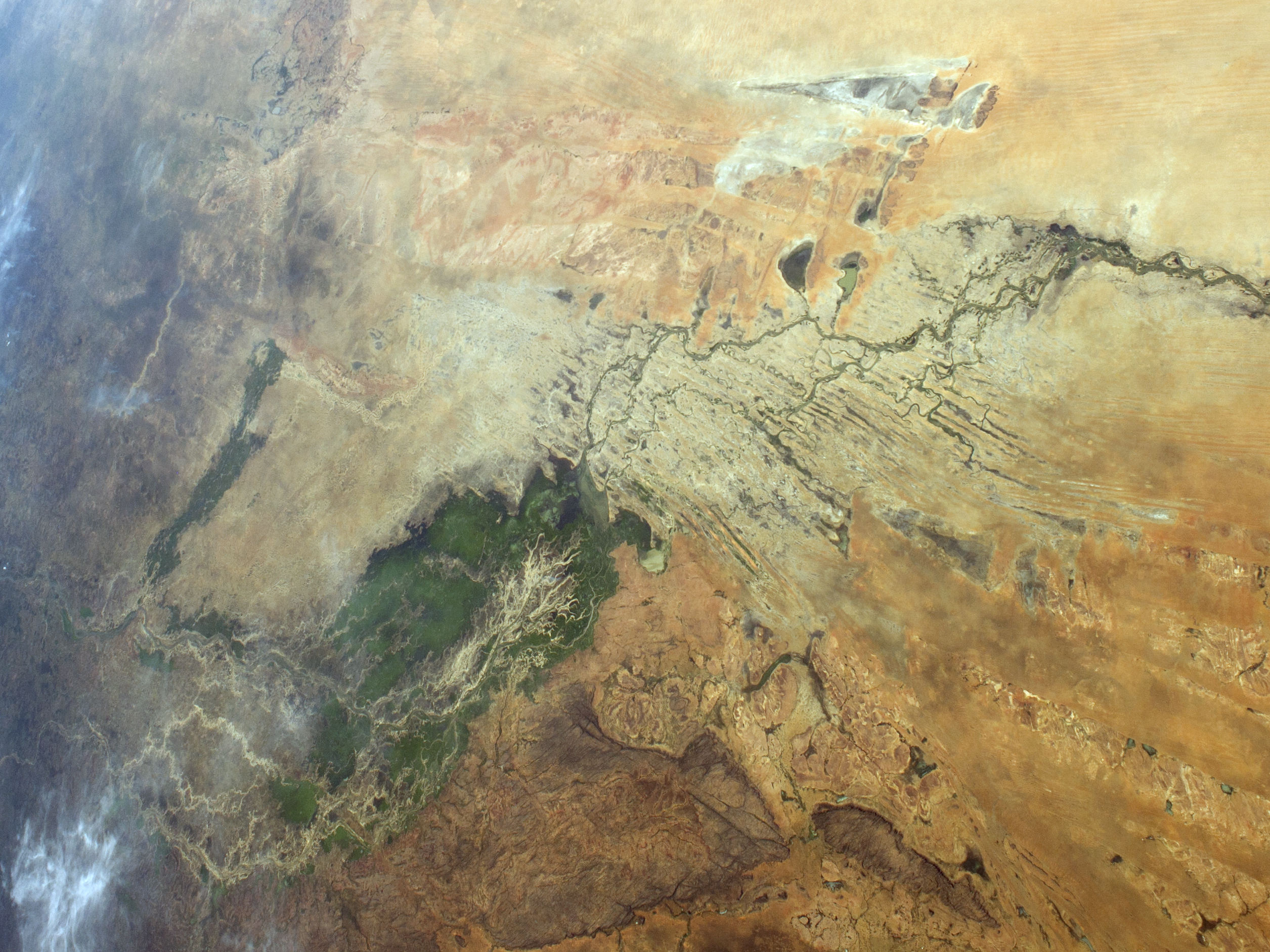 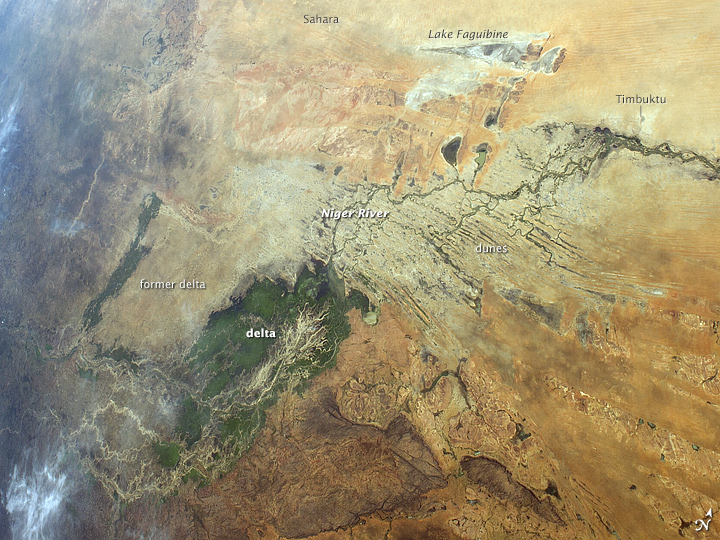 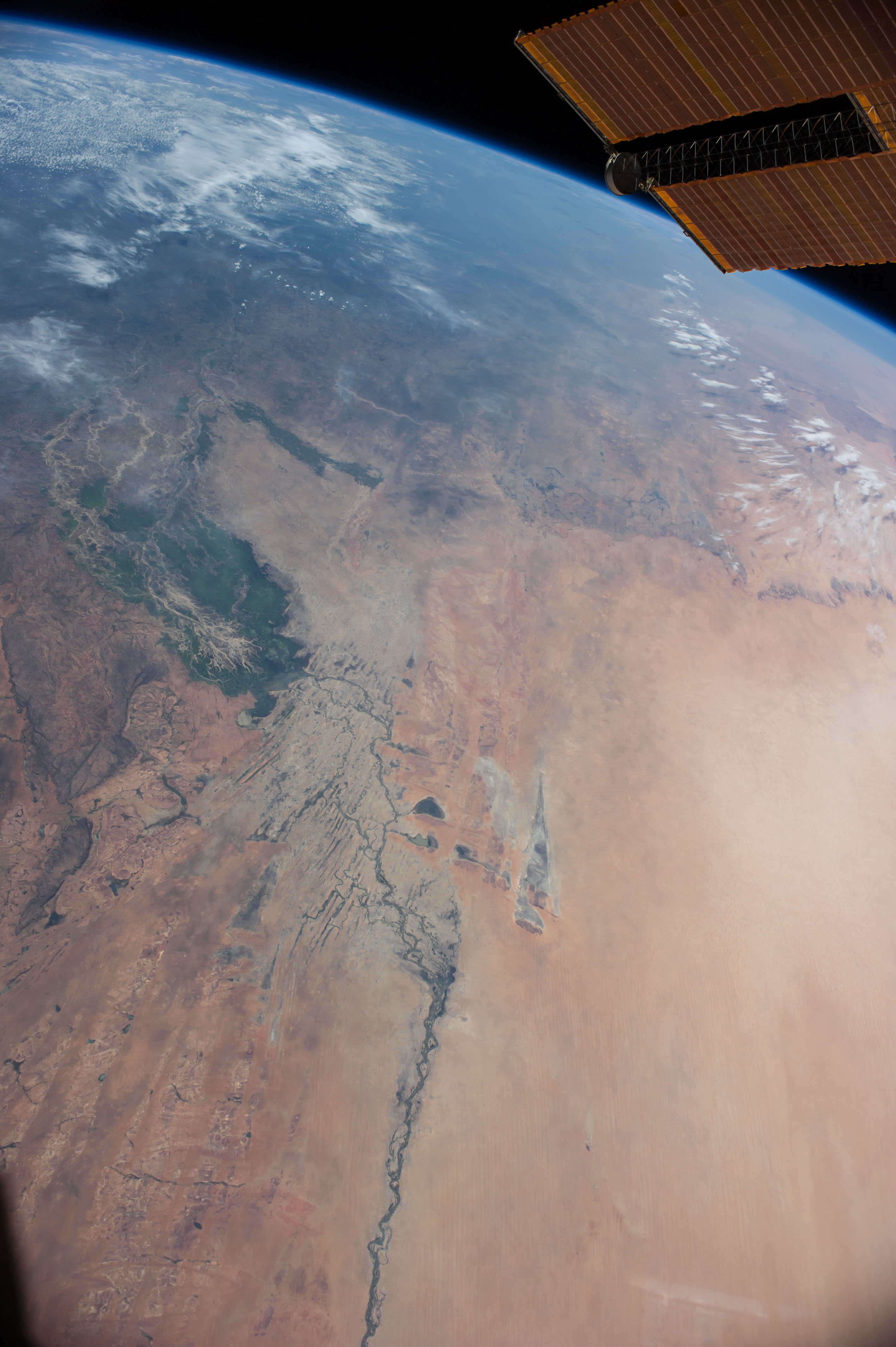 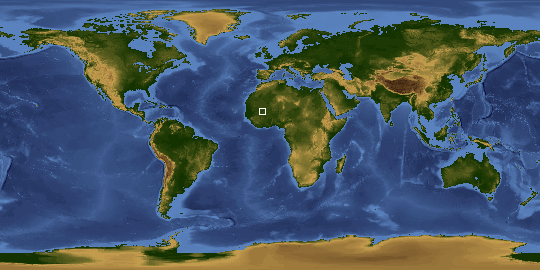 Apart from the delta of the Nile River, the inland delta of the Niger River (image top left) may be Africa's most famous. Crew members aboard the International Space Station took this east-looking view of the region where the Niger and other rivers flow out of the wetter, more vegetated Sahel (left side of the image), into the Sahara Desert (right side of the image). The rivers inundate the lush green wetland of the delta (image top left).

For millennia the river has been the most important water supply for life in the western Sahara Desert. After tracing an irregular path through a series of linear dunes (image center left) the river makes its way to the ancient city of Timbuktu (image lower center), and many other cities further downstream. Even the arrow-shaped, 100 km depression known as Lake Faguibine--scoured out by desert winds to levels a few meters below that of the Niger delta--is still regularly flooded by water from the Niger, allowing crops to be grown on the lake floor as the water recedes.

In the millions of years during which the Niger has brought water and sediment into the desert, the delta has repeatedly changed. The remnant of an older delta (image top left) can still be seen, especially where flows from the Niger due north to make a smaller dark green vegetation wetland near the top of the image.