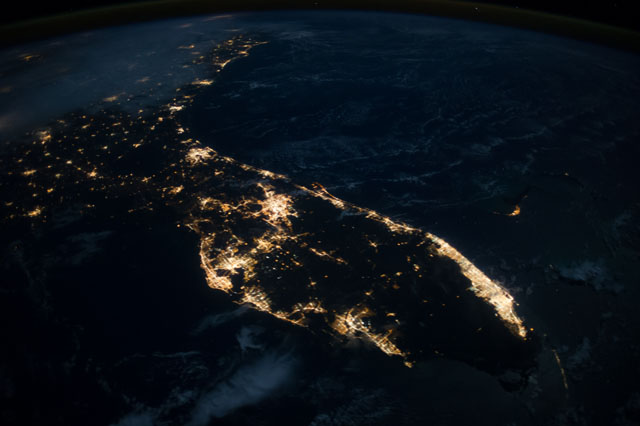 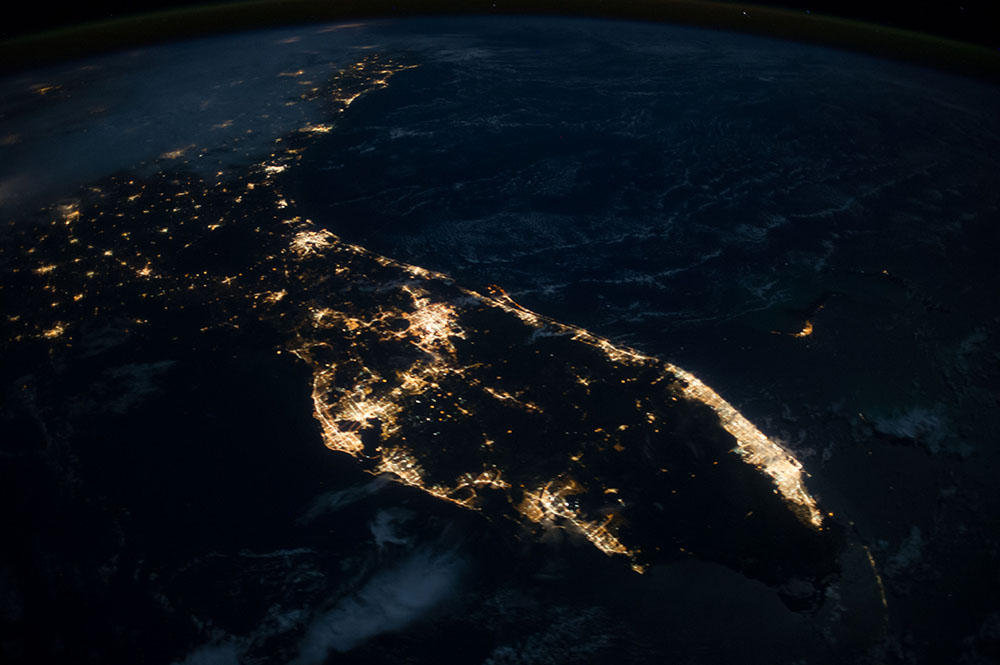 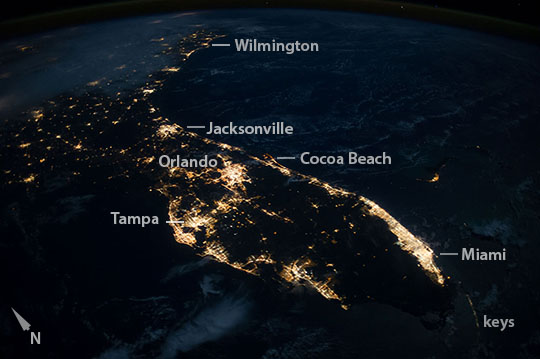 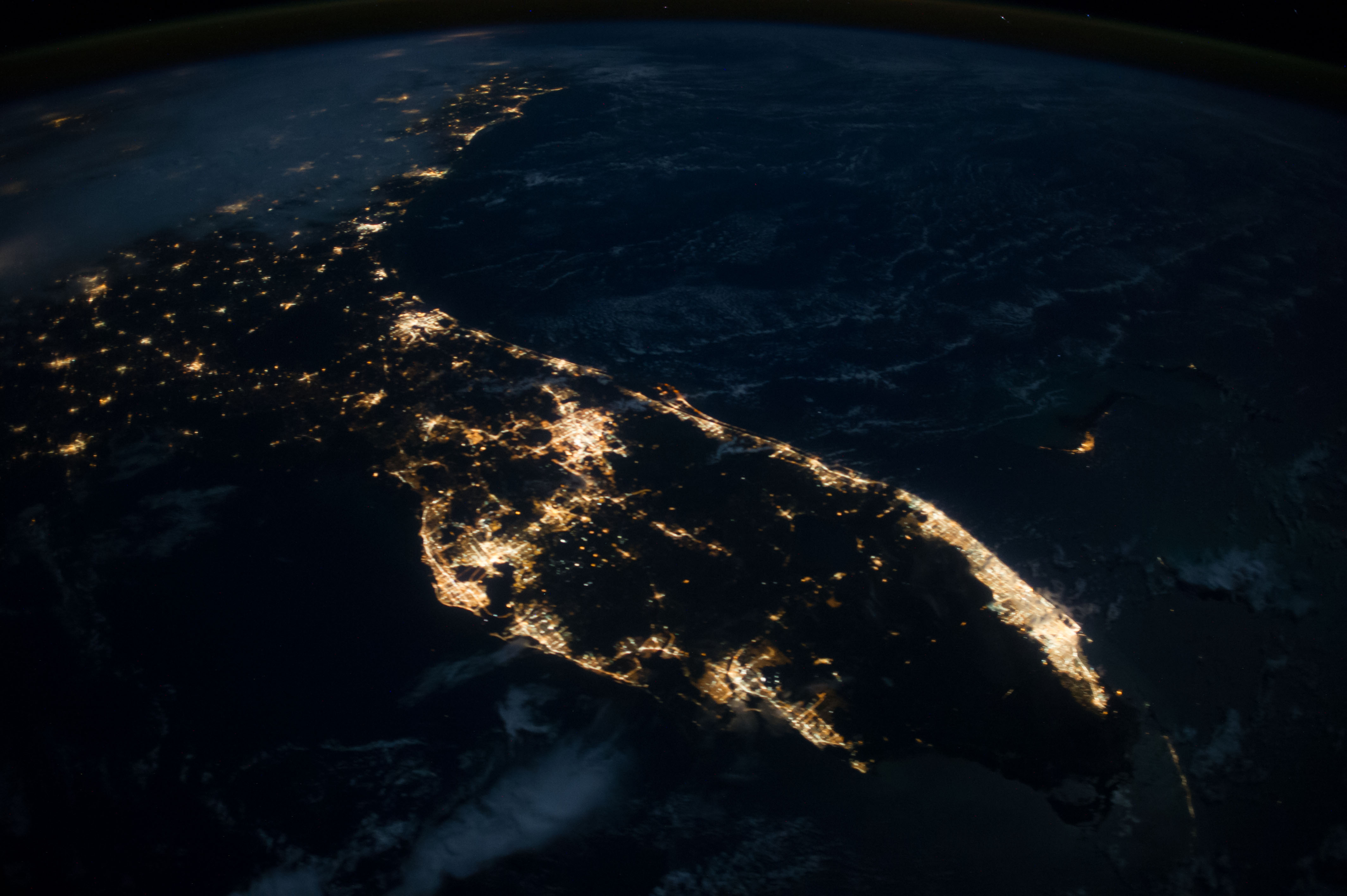 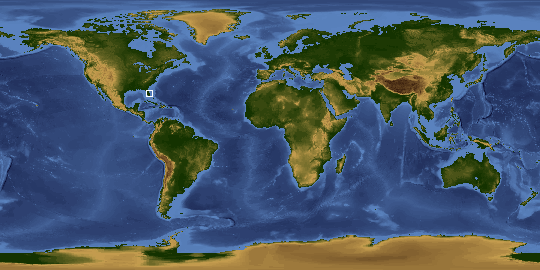 Astronauts aboard the International Space Station took this picture of Florida--the peninsula being highly recognizable even at night--especially when looking roughly north, as our map-trained brain expects. The brightest continuous patch of lights is the Miami narrow metro area fringing the Atlantic Ocean--the second largest metro area in the southeastern US (after New York) with 5.56 million people. Illuminated areas give a strong sense of the size of cities: the next largest metro area in the view is that of the Tampa Bay region on the opposite side of the peninsula, with 4.3 million people. Orlando, located in the middle of the peninsula, has a visibly smaller footprint reflecting a smaller population (Greater Orlando has 2.3 million people). The straight line of visible cities along the east coast stretches 350 miles (560 km) from Jacksonville all the way to Wilmington, North Carolina near Cape Hatteras.

South of Orlando, the center and southern portions of the peninsula are as dark as the Atlantic Ocean, vividly illustrating the almost population-free Everglades wetland. The lights of Cocoa Beach trace out the curved lines of Cape Canaveral, a town well known to astronauts that lies immediately south of the Kennedy Space Center. Dim lights of the Florida Keys extend the arc of the Atlantic coast to the corner of the image. The small cluster of lights far offshore is Freeport on Grand Bahama Island (image right). Clouds lit by the moon glow as faint blue areas throughout the image.