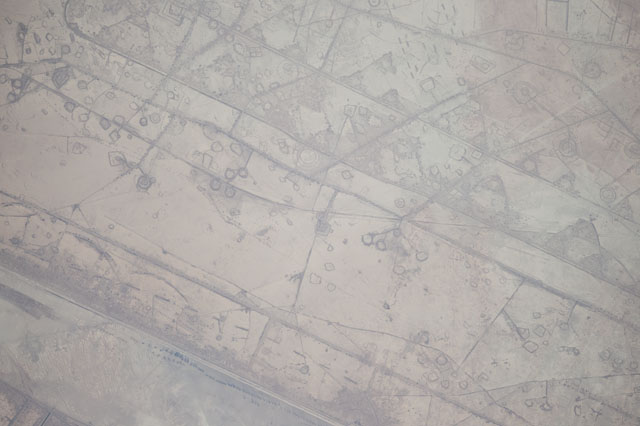 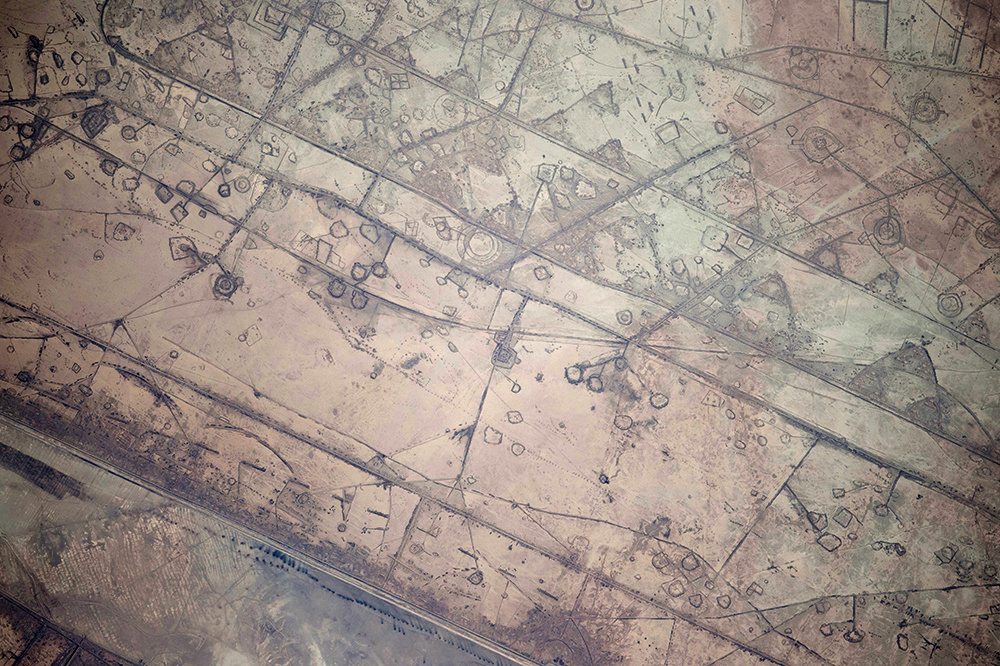 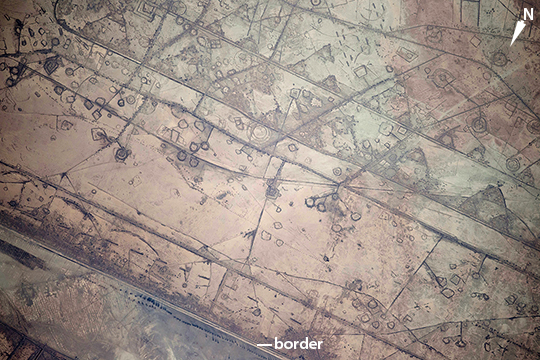 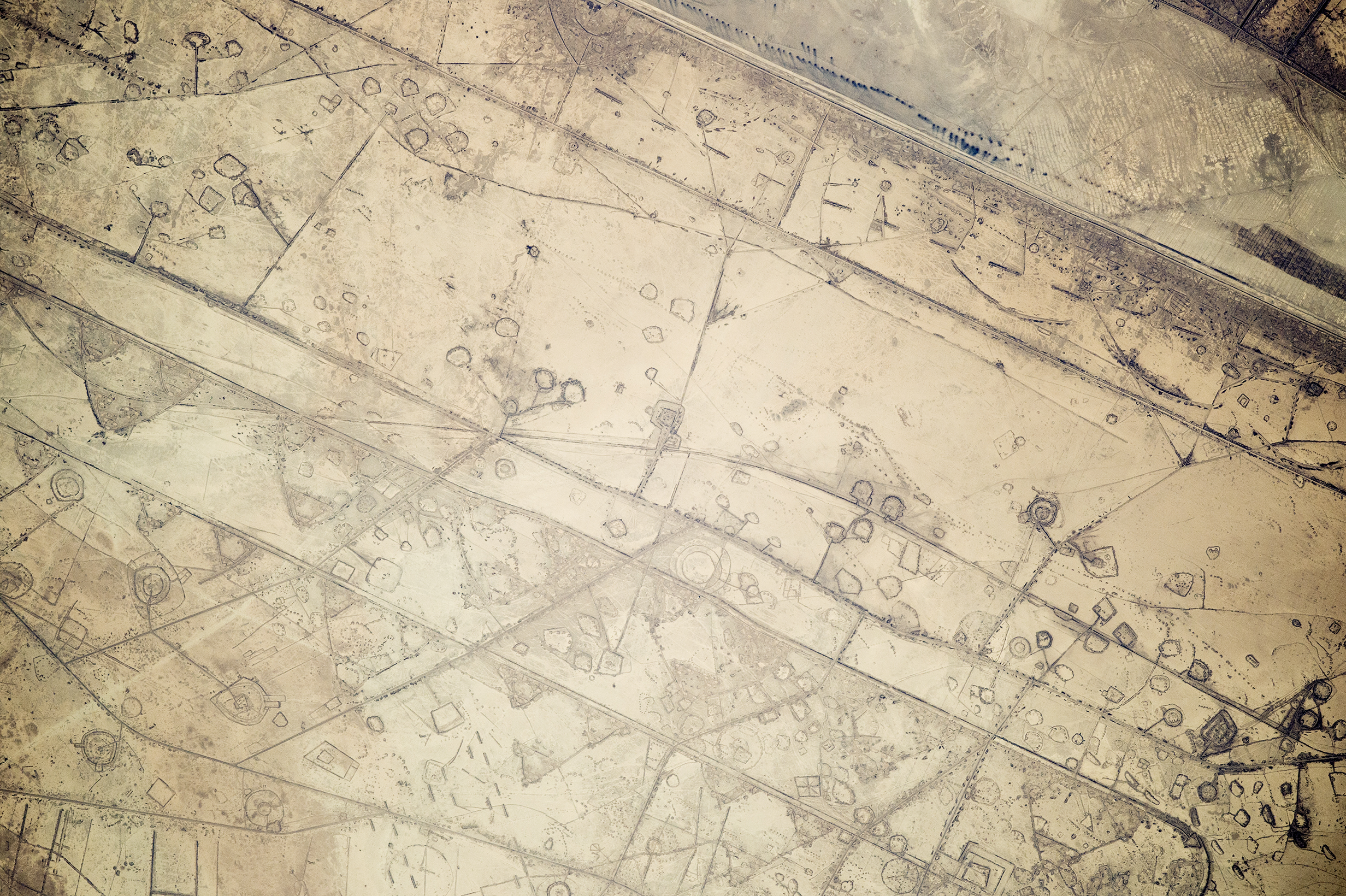 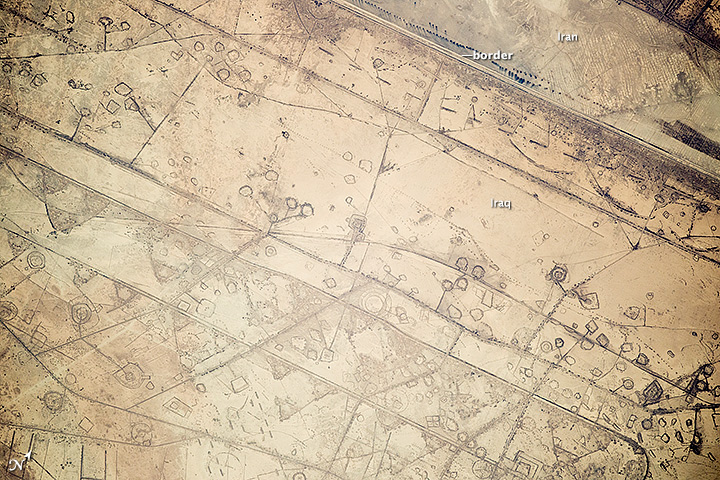 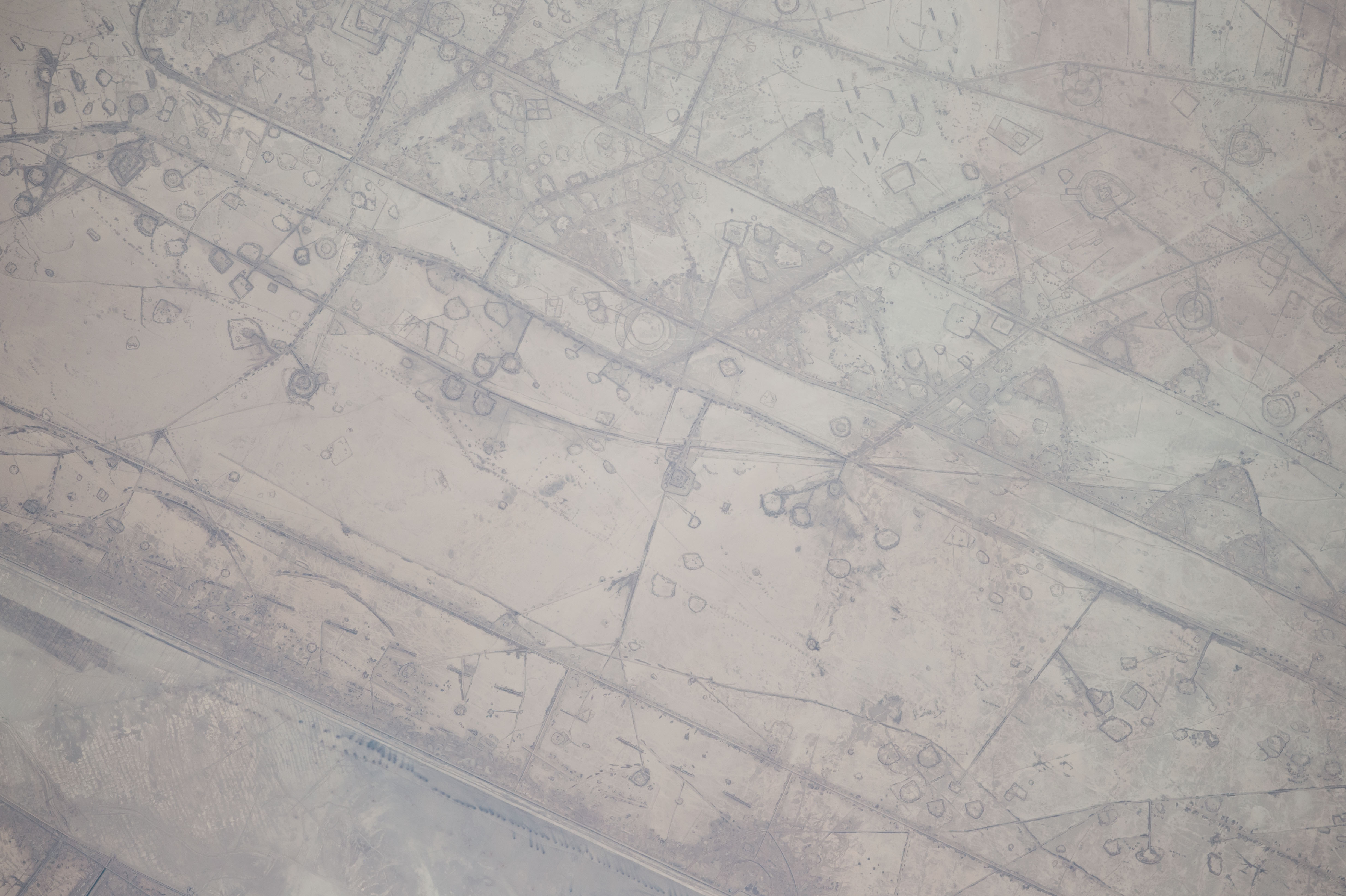 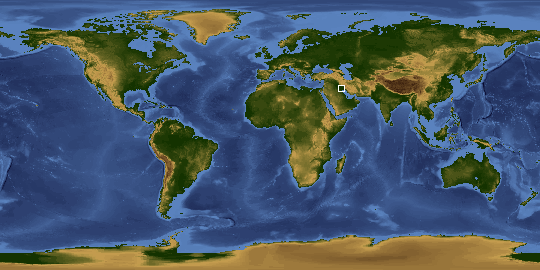 Other options available:
Download Packaged File
Download a Google Earth KML for this Image
View photo footprint information
Download a GeoTIFF for this photo
Image Caption: Astronauts aboard the International Space Station took this photograph of land fortifications along a 20-kilometer (12-mile) stretch of the Iraq-Iran border, near the coast of the Persian Gulf. Systems of large curved earthworks, circular gun emplacements, and straight connecting roads run parallel to the international border.

First thought by the ISS team to be oil-pad installations, the strategic location of these formations along the international boundary made it easier to see these as patterns of military fortifications. This region of oil refining and exporting was the center of numerous military actions during the war in the 1980s, especially during the defense of the southern city of Basra. The similarity to oil-pad patterns is apparent in May 2006 astronaut photos of West Texas that you can see here and here.