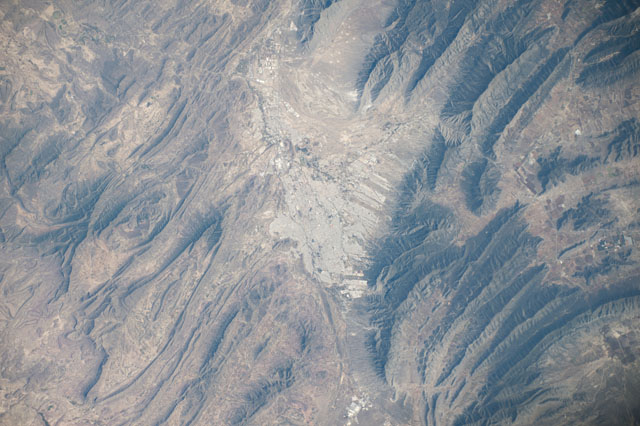 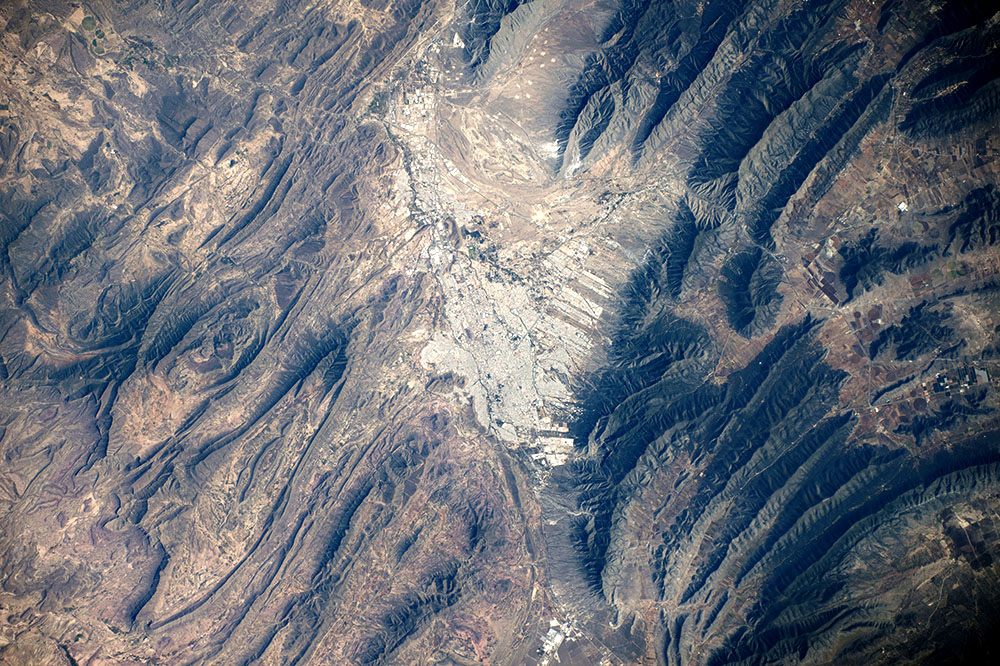 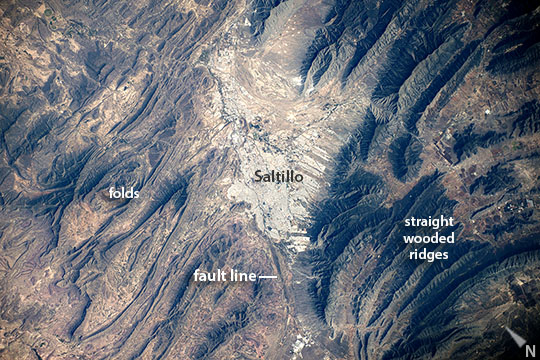 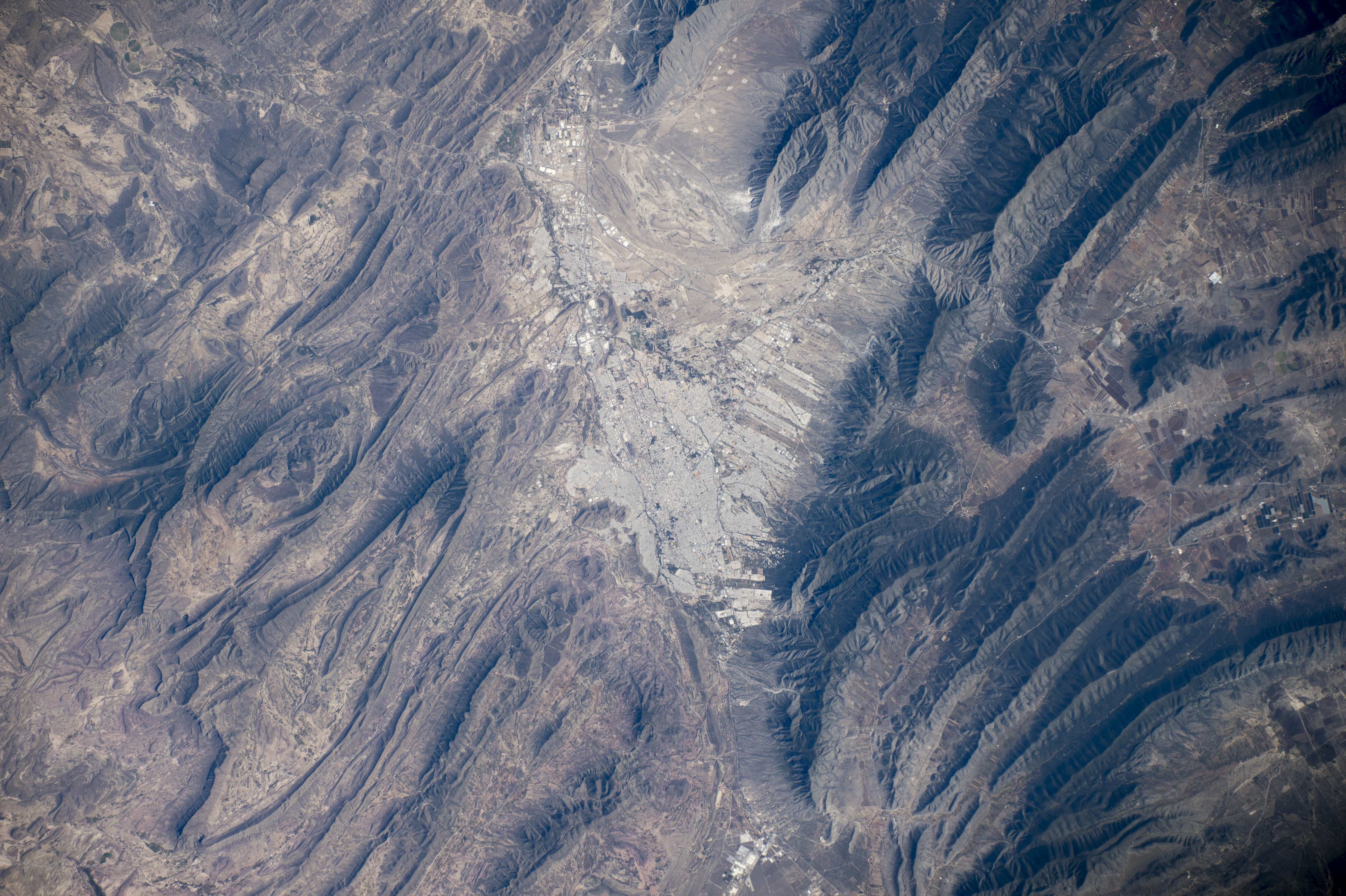 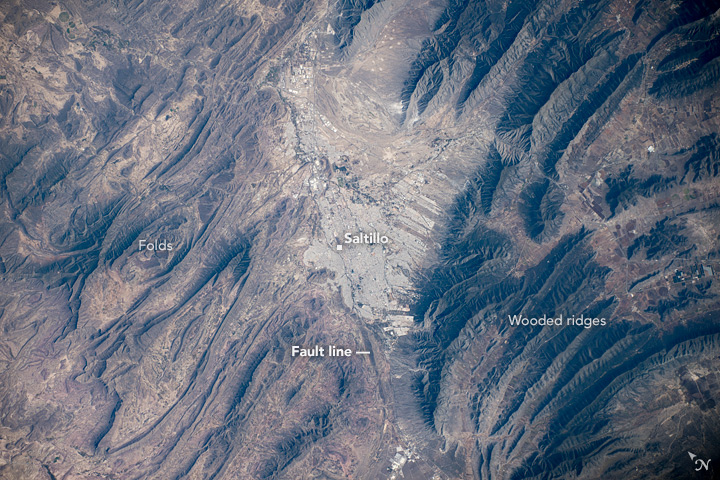 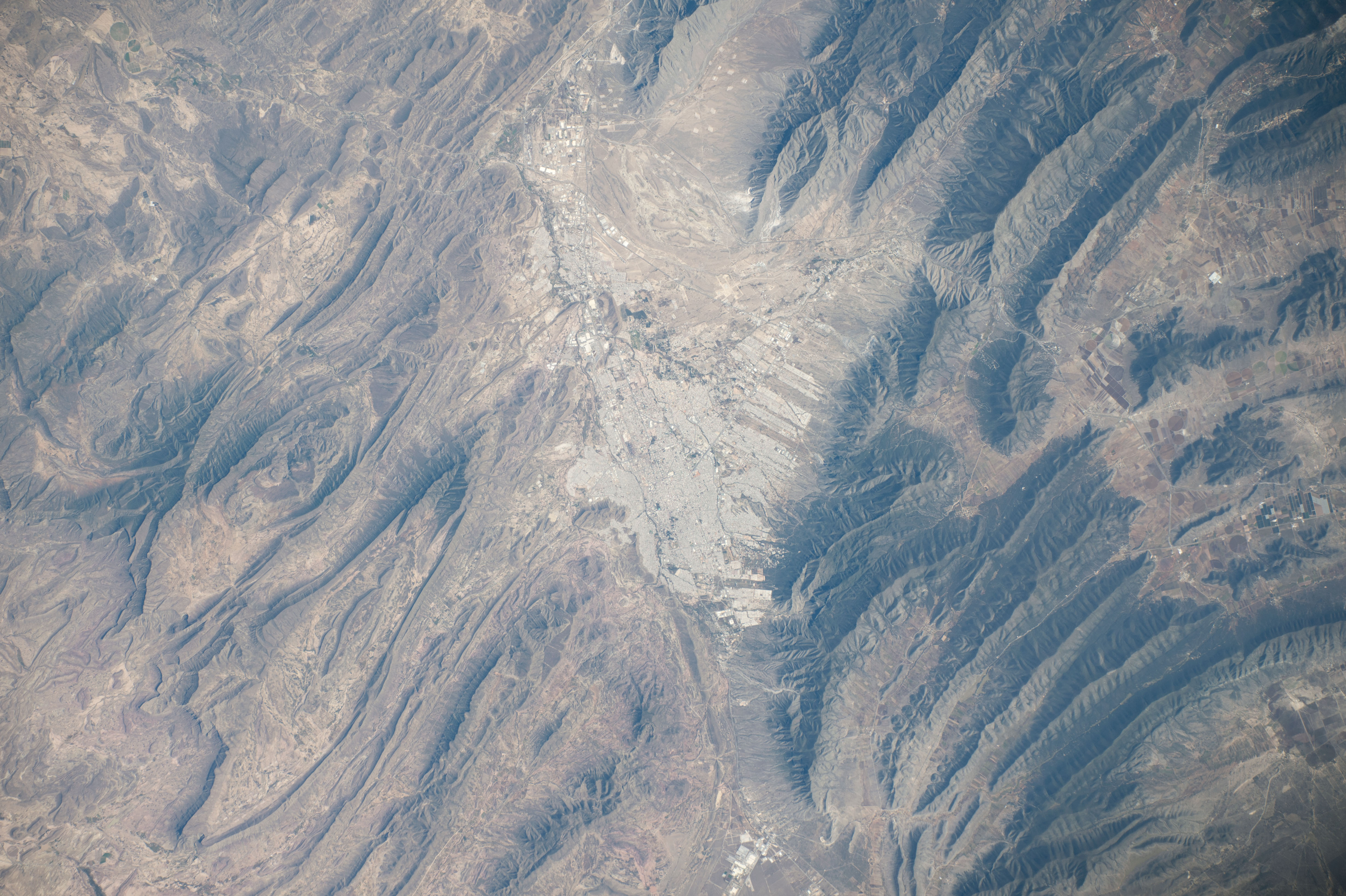 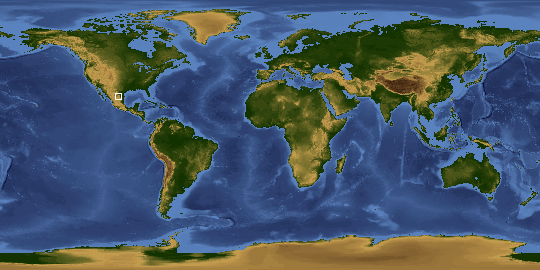 Looking down directly below the International Space Station, one of the astronauts took this image of the Mexican city of Saltillo, whose gray cityscape appears image center. The urban region (823,000 inhabitants) is the largest city in the Mexican state of Coahuila and capital of the state, sometimes called the "Athens of Mexico" for its classical architecture. Founded in 1577, it is also one of the oldest post-conquest cities in Mexico. Saltillo lies on the doorstep of the Chihuahuan Desert, which appears as the tan colors west of the city (image left).

The city obtains its water from the high, well-watered mountains to the east (image right) that reach altitudes of more than 12,000 feet (3700 m). These prominent, straight or slightly curved green ridges are the oak-covered slopes of the Sierra Madre Oriental. These characteristic ridges immediately indicate to astronauts that they are flying over northern Mexico. The distinctive topography is the result of a mountain-building event about 60 million years ago which folded and faulted thick layers of rocks, modified by later erosion. Saltillo is located on a fault zone, visible as an approximately straight line across the center of the image, that separates the Sierra from the meandering shapes of low desert hills.