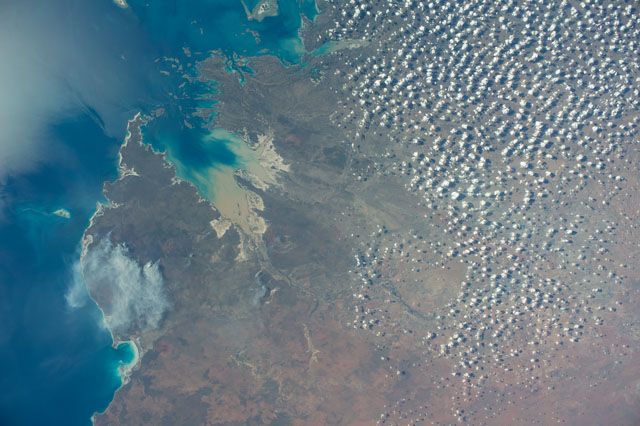 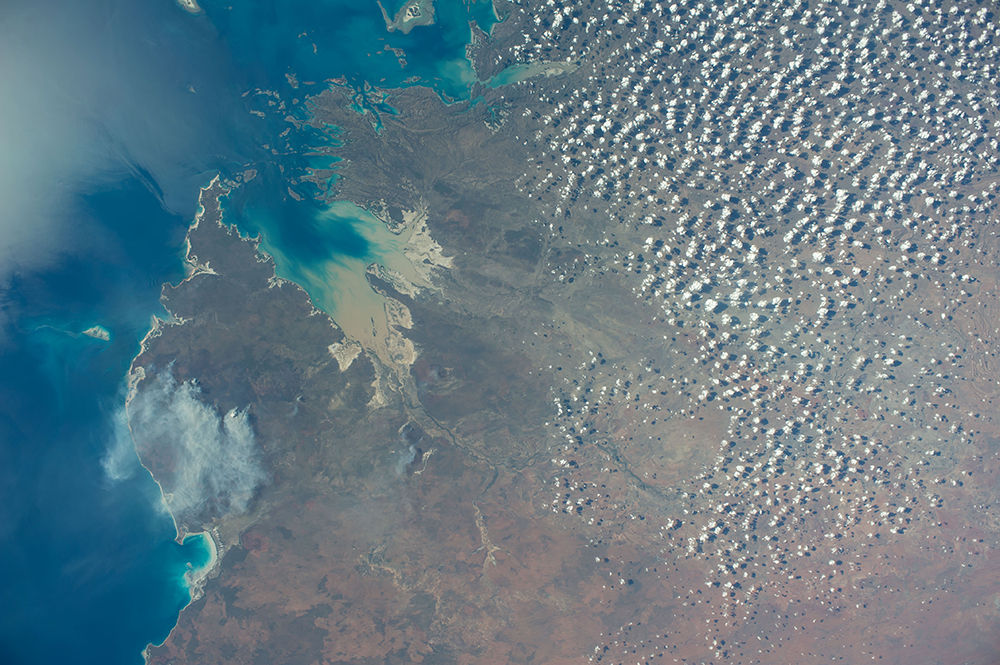 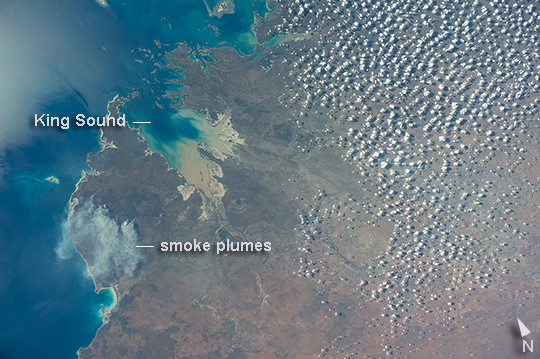 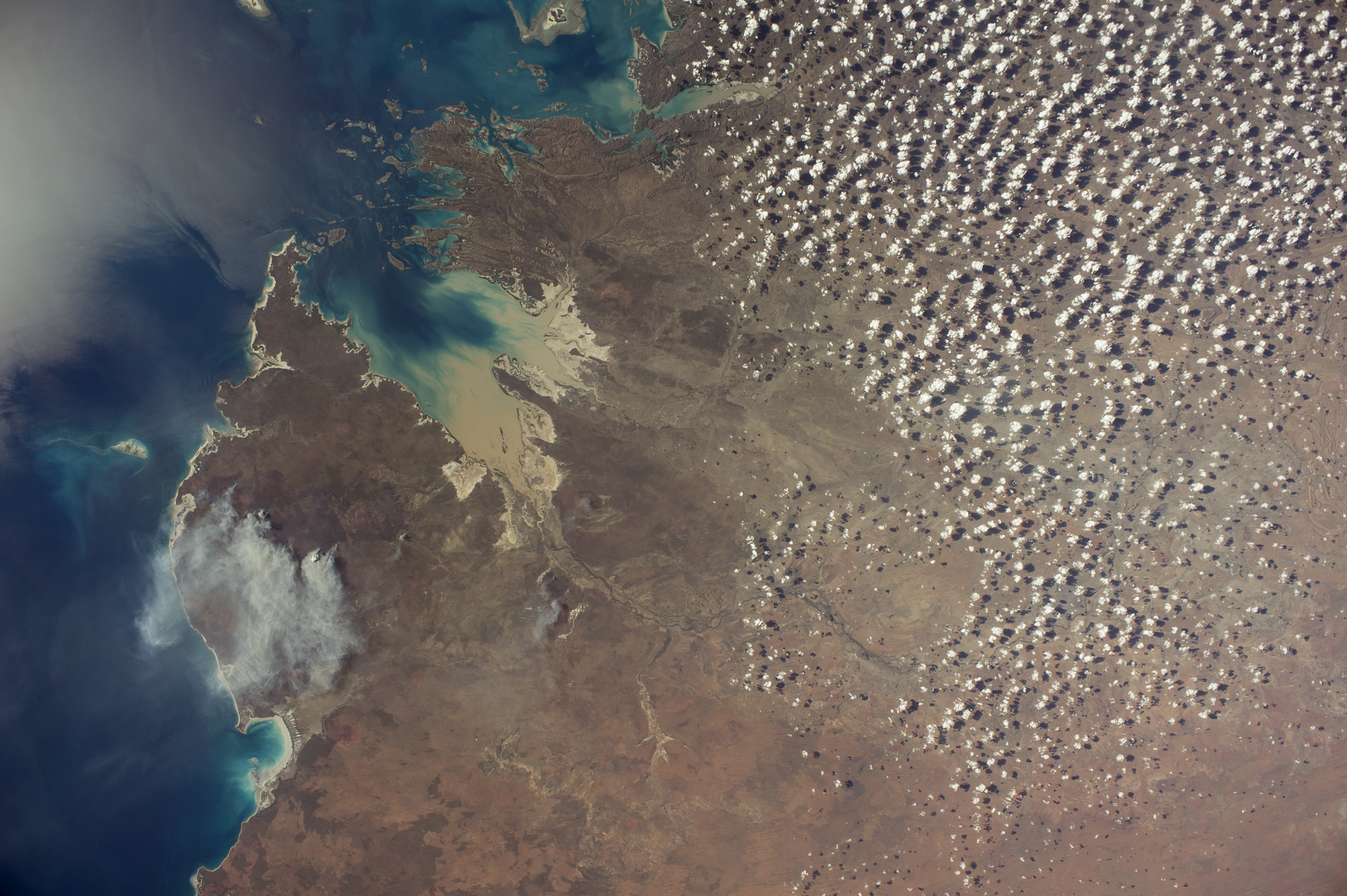 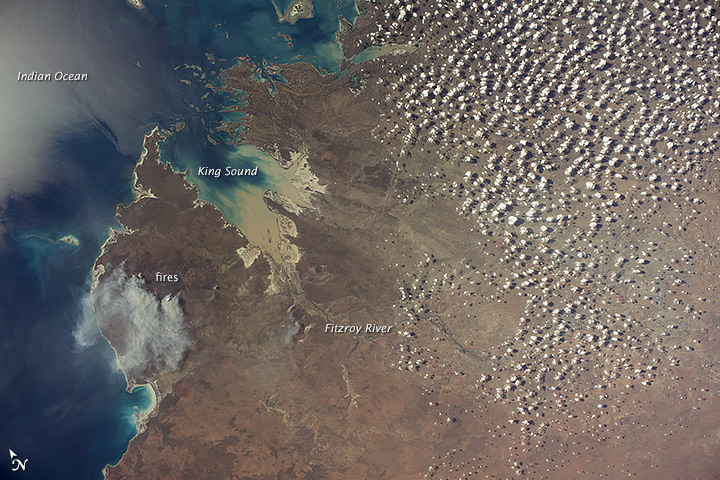 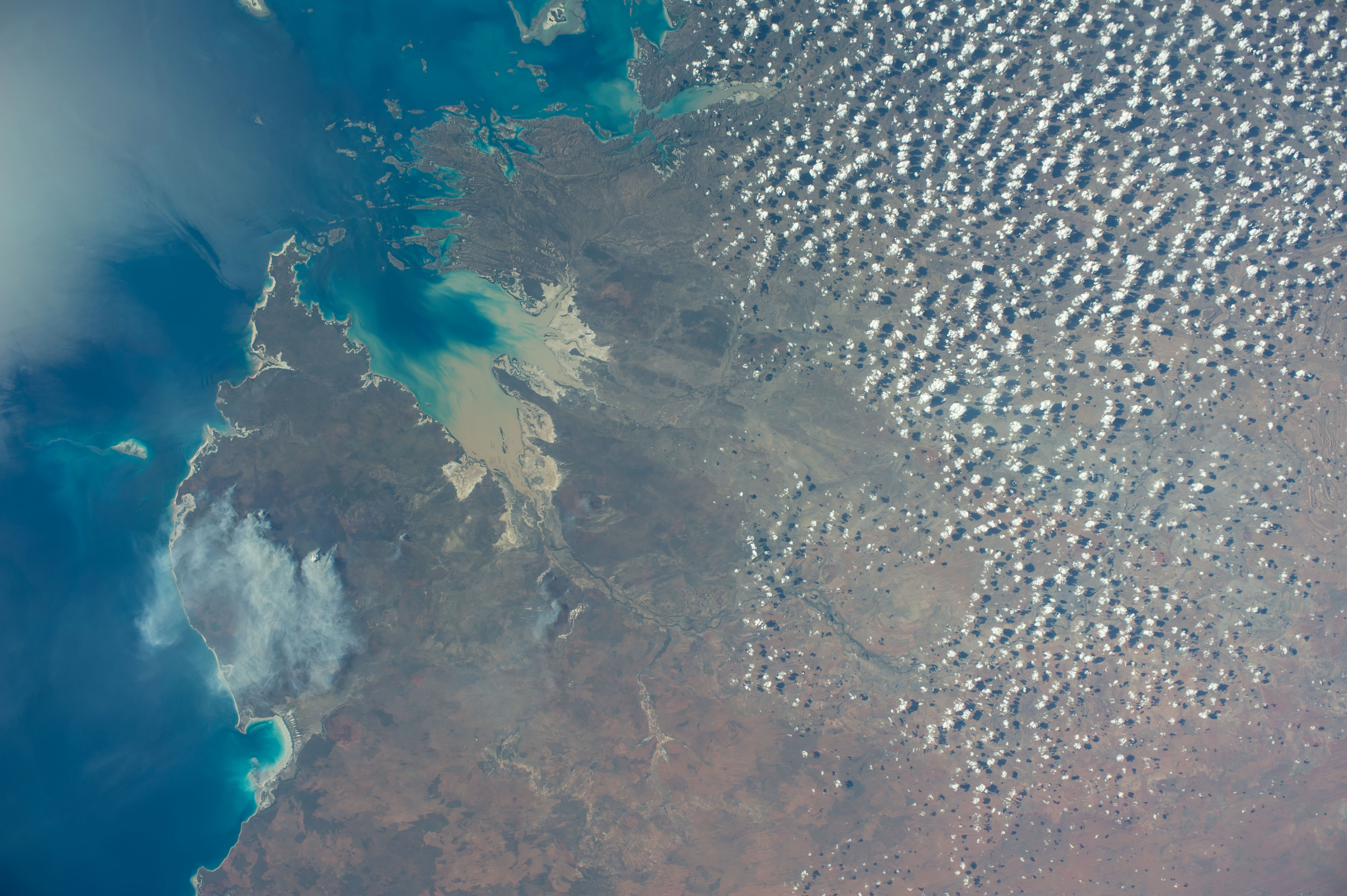 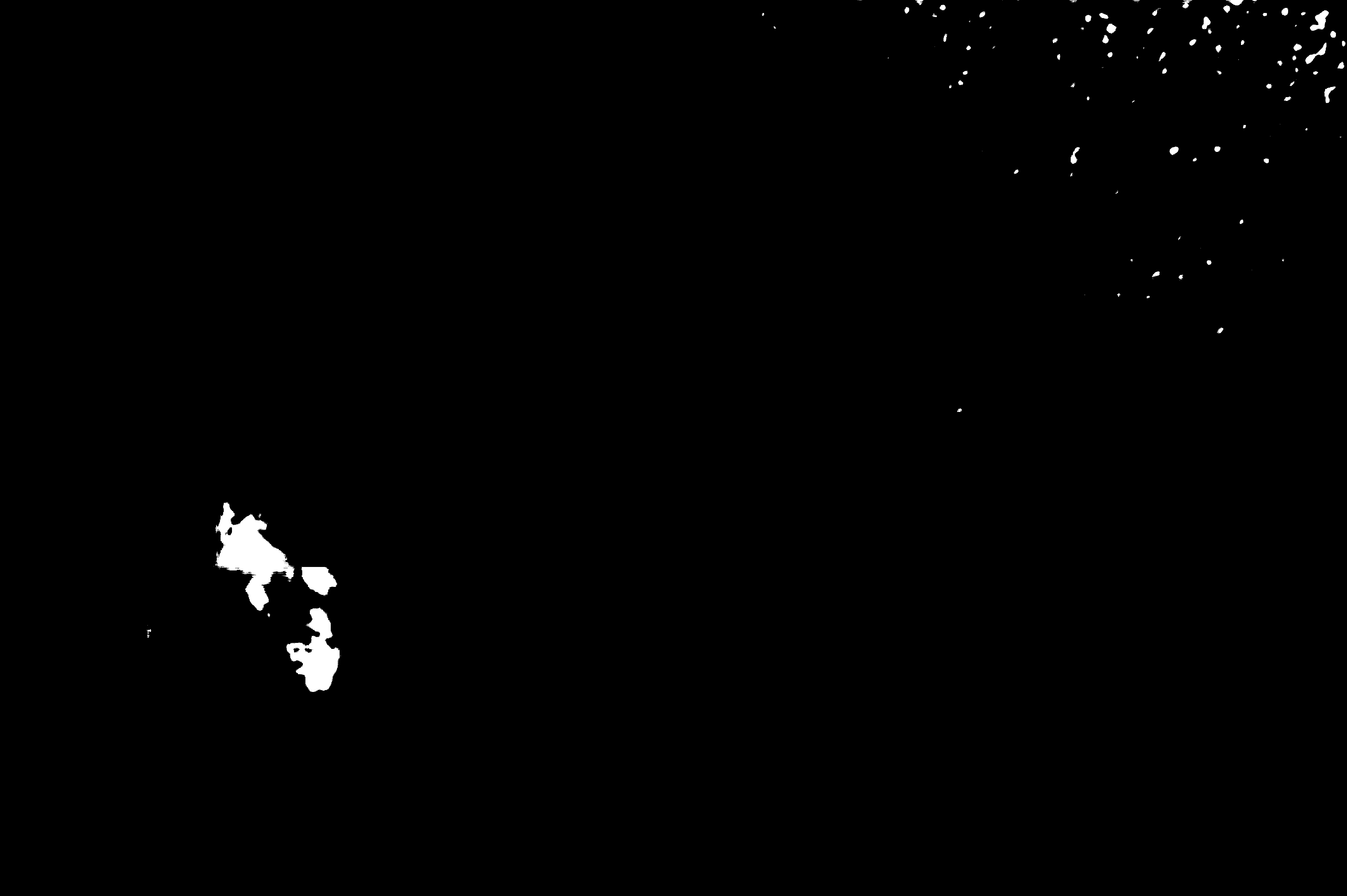 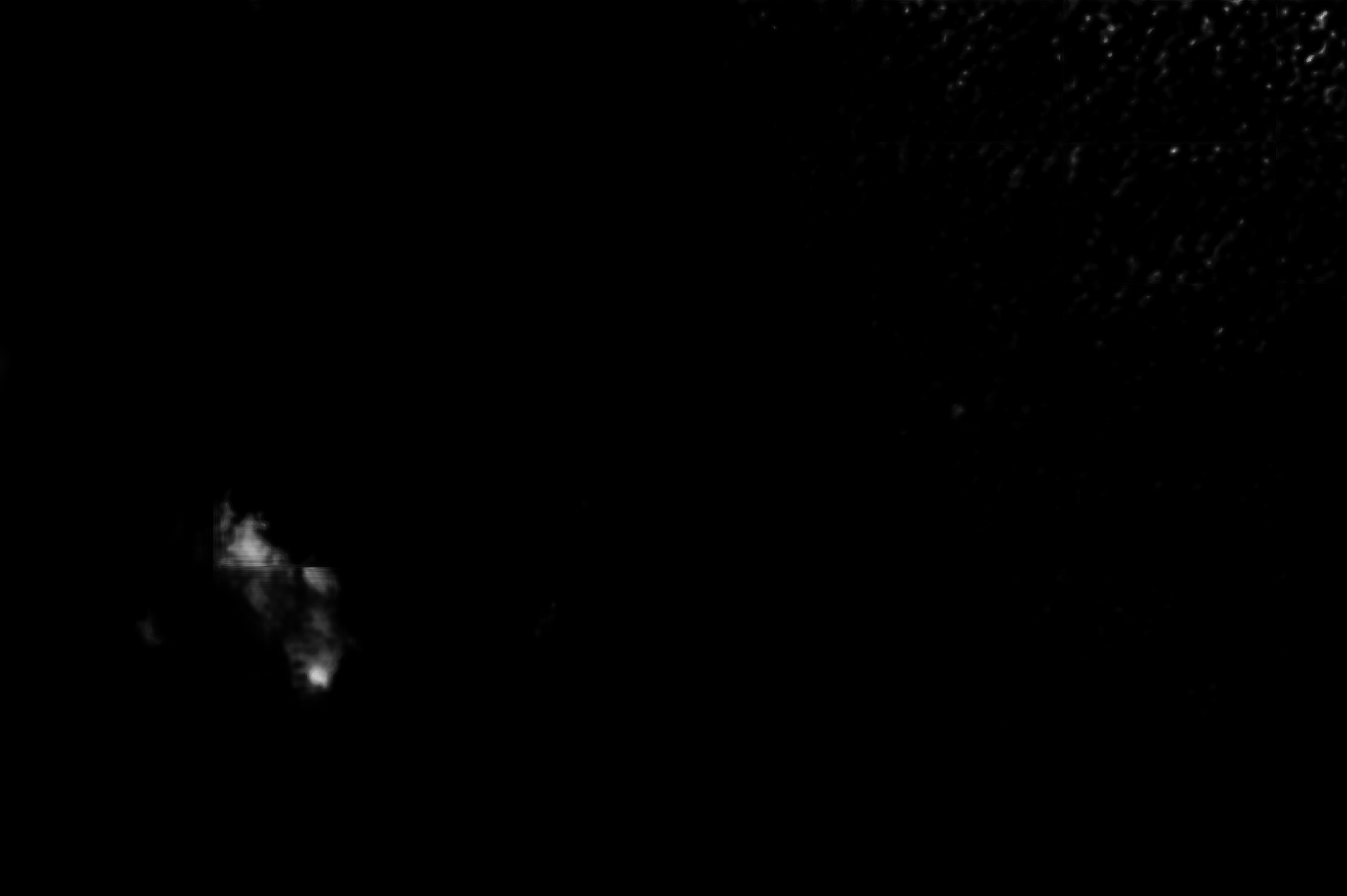 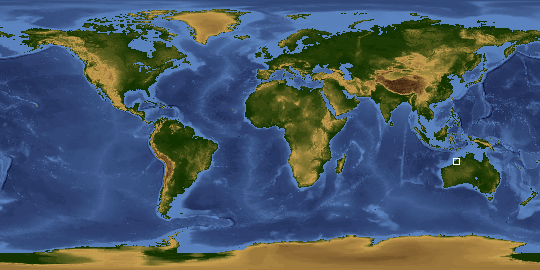 Astronauts aboard the International Space Station took this image of King Sound on the northwest coast of Australia. The Fitzroy River, one of Australia's largest, empties into the Sound, a large gulf in Western Australia (approximately 120 km long). King Sound has the highest tides in Australia, in the range of 11-12 meters, the second highest in the world after the Bay of Fundy on the east coast of North America. The strong brown smudge at the head of the Sound contrasts with the clearer blue water along the rest of the coast. This is mud stirred up by the tides and also supplied by the Fitzroy River. The bright reflection point of the sun obscures the blue water of the Indian Ocean (image top left).

Just to the west of the Sound, thick plumes of wildfire smoke, driven by northeast winds, obscure the coastline. A wide field of "popcorn cumulus" clouds (image right) is a common effect of daily heating of the ground surface. The Sound is named after Philip King who surveyed the coastline in 1818. In the 1880s the area experienced a short-lived gold rush.