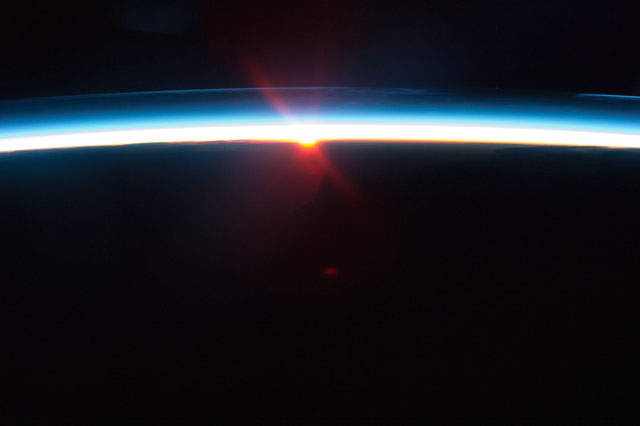 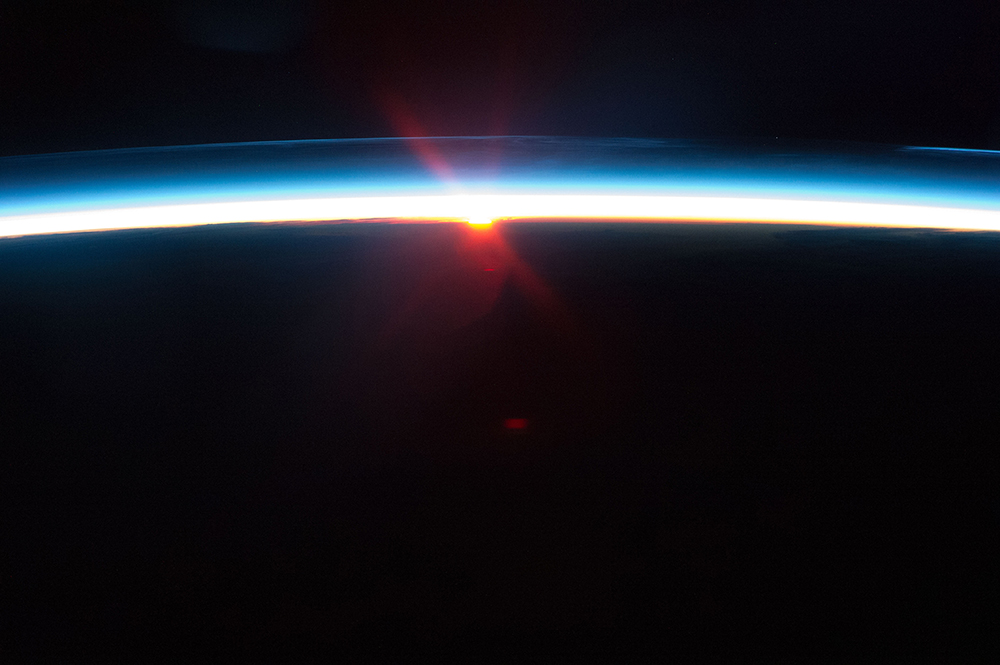 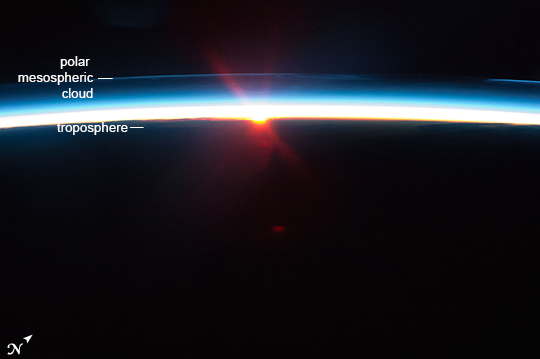 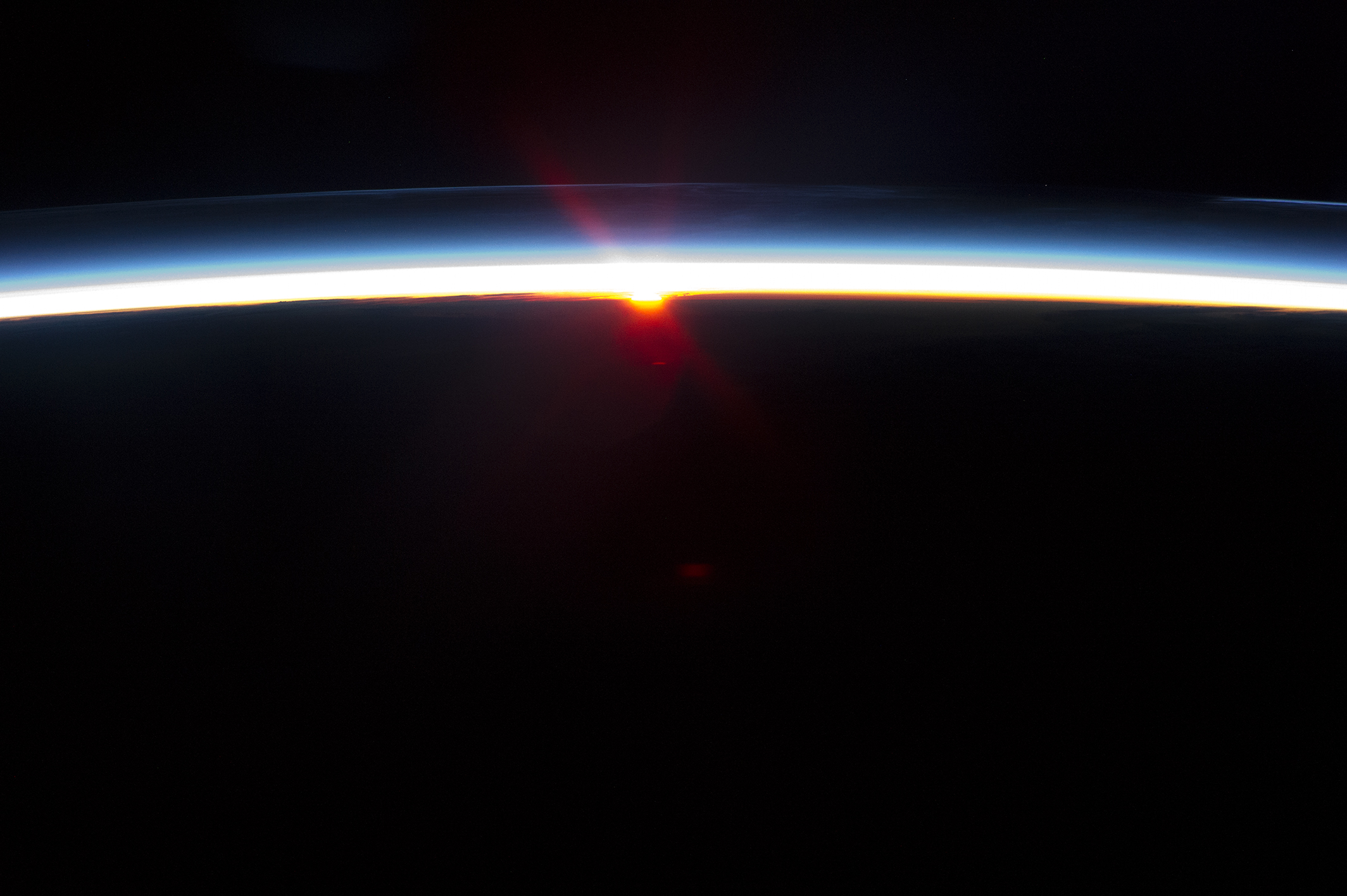 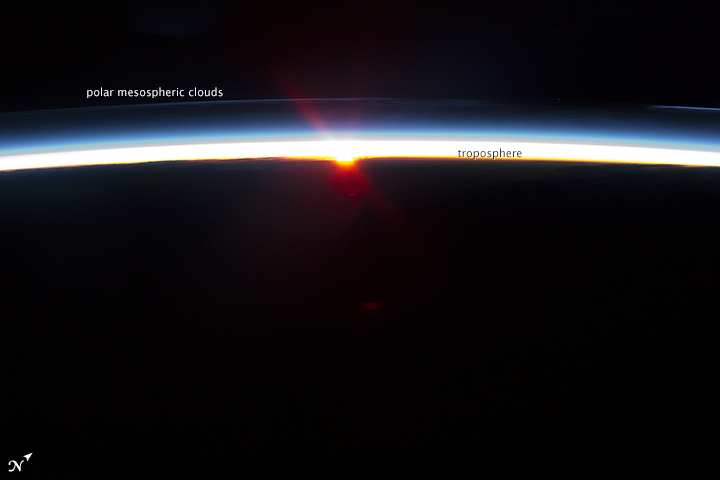 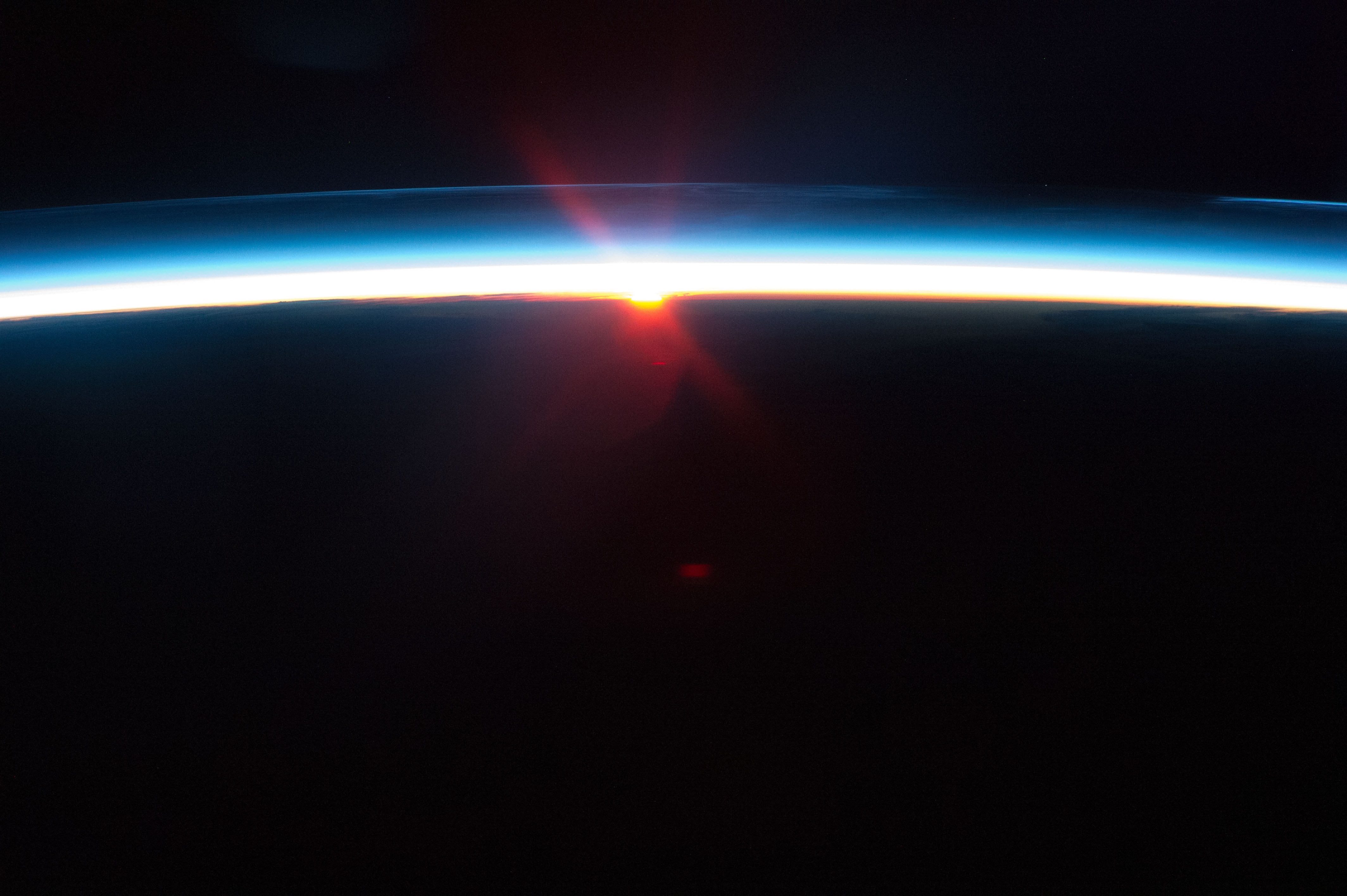 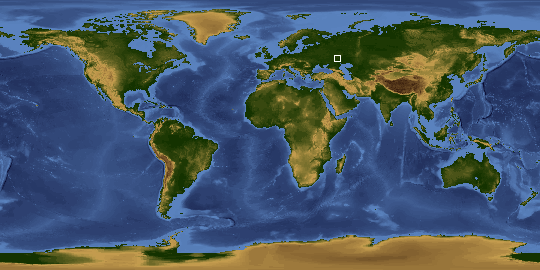 This image of mesospheric clouds was taken by astronauts when the International Space Station was flying over the Volga River in Russia. Whispy and hard to see, PMC form far above the usual level for clouds, 80-100 km above the ground, so that crews flying at ~350 km are ideally placed to observe them. PMC usually only appear near the poles, but during the past few decades they have appeared as far south as Colorado and Virginia in the USA. They also appear brighter and thicker. Scientists think that these changes are related to long-term climate change, perhaps from increasing water vapor content in the upper atmosphere.

This sunset shot shows the PMC as a thin bright line -- far above the lowest, yellow-brown weather layer of the atmosphere (known as the troposphere).