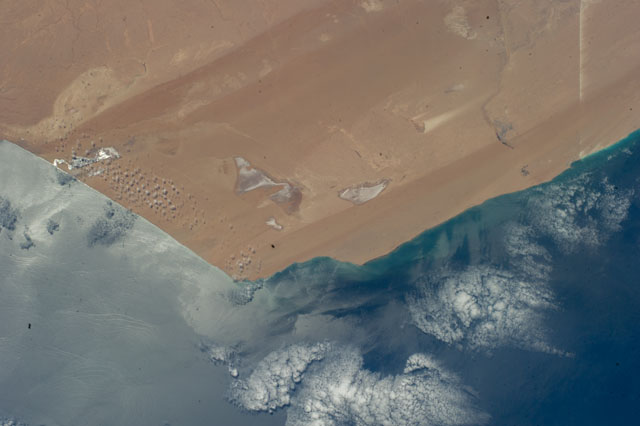 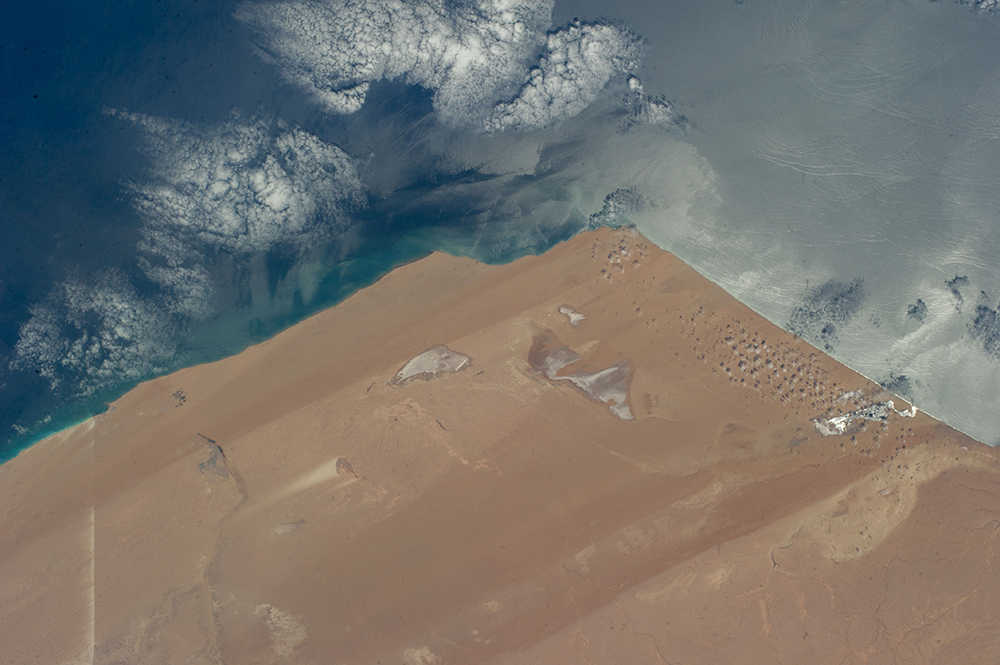 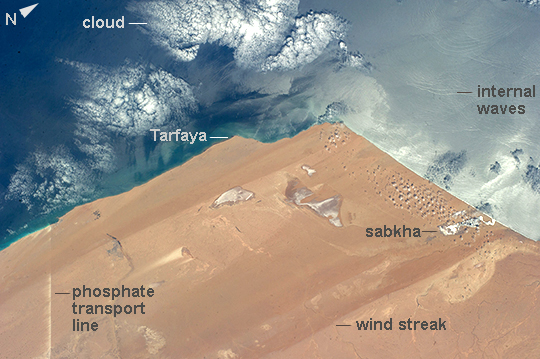 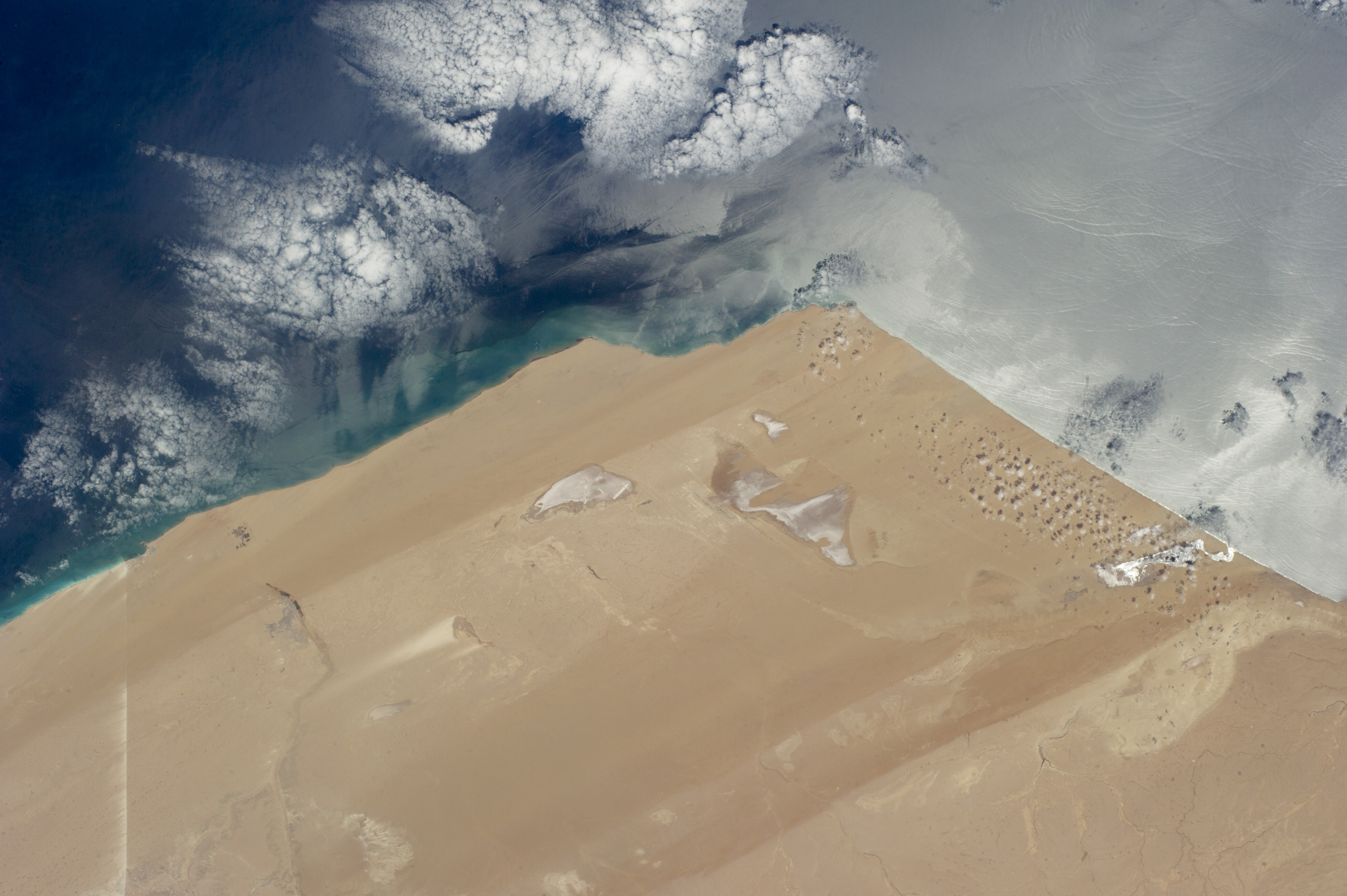 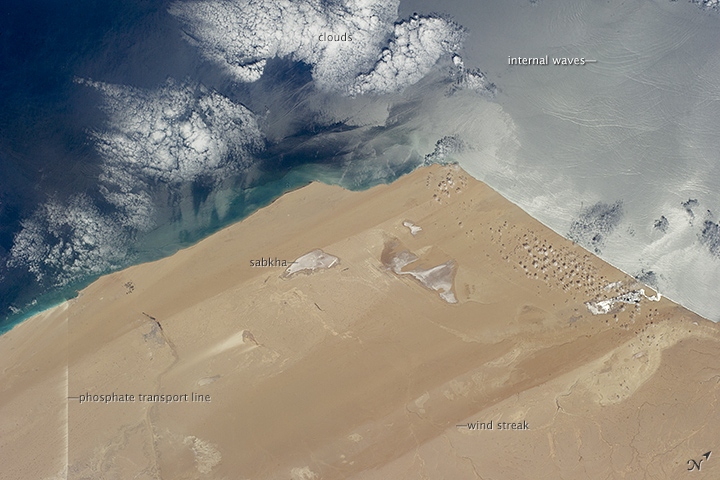 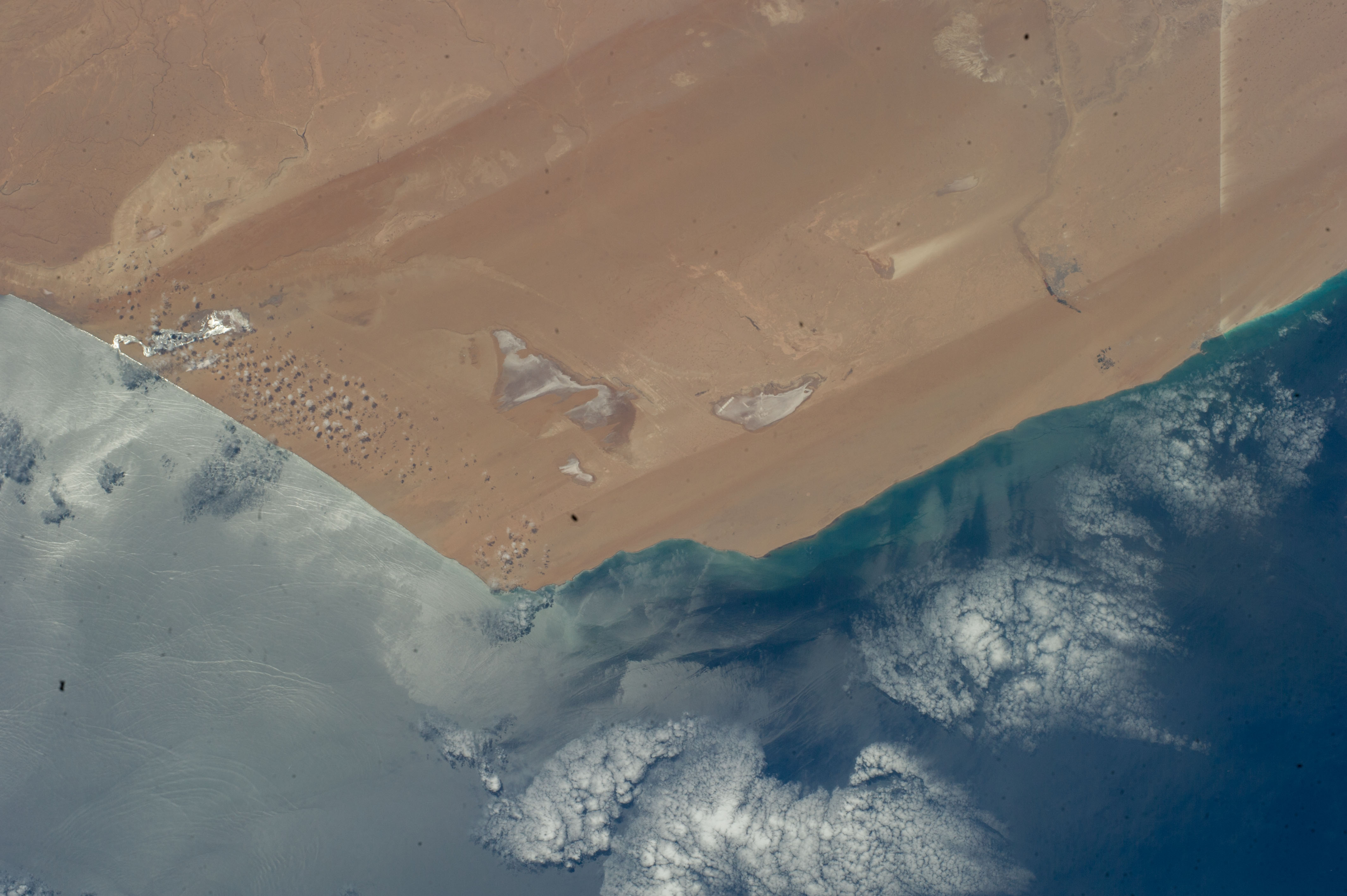 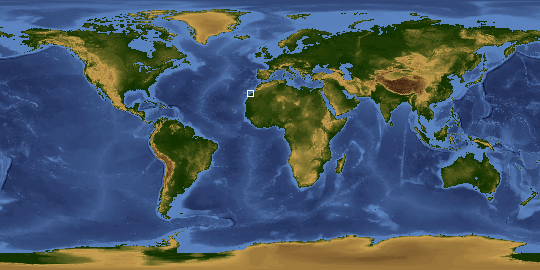 Recently tweeted from the International Space Station, this image of the extremely arid West African coast of the Atlantic Ocean looks otherworldly. The image shows 215 km (134 mi) of the Saharan coastline. The main patterns seen from orbit are the straight lines produced by strong northerly winds that blow parallel to the coast, producing wind streaks of sand and sand-free surfaces. The sun's rays are reflected off salty lagoons known as sabkhas near the coast. Sediment from wave erosion of the coastline makes a green-tinged margin to the land. Less prominent than the bright puffy clouds (image bottom) are subtle sunglint features known as "internal waves" that move in groups towards the coastline (image lower left).

The bright straight line at image upper right is a transport corridor of roads, railroads and conveyor belt systems that transport phosphates 100 km from inland mines to the coast. Strong northerly winds blow dust and phosphate into the desert, giving a jagged edge to this line on its south side. The features in this image--unfamiliar to many--are common in other west coast deserts such as the Namib Desert of Namibia and the Atacama Desert of Chile and Peru.