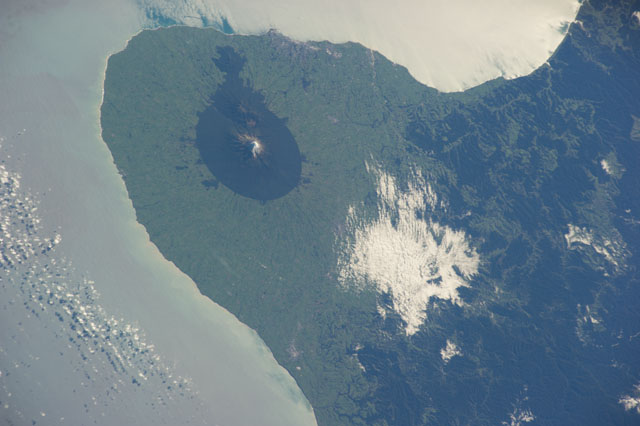 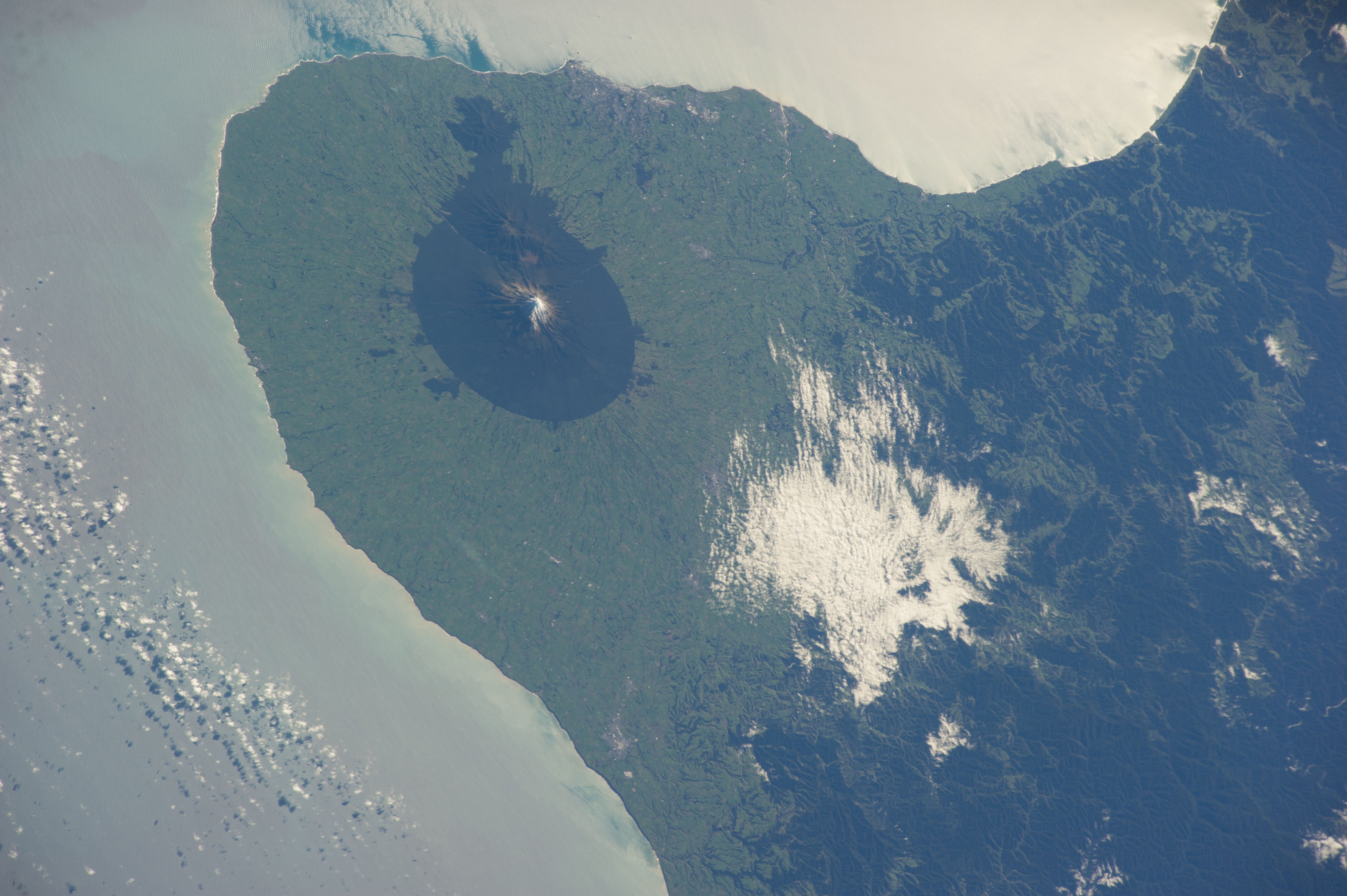 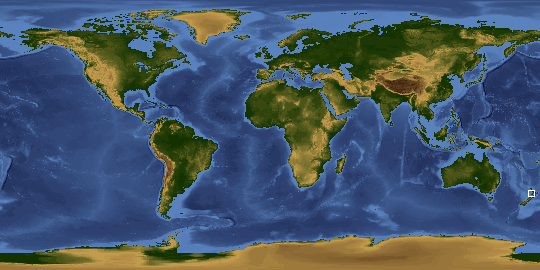 Other options available:
Download Packaged File
Download a Google Earth KML for this Image
View photo footprint information
Download a GeoTIFF for this photo
Image Caption: ISS040-E-006163 (31 May 2014) --- One of the Expedition 40 crew members aboard the International Space Station recorded this nearly vertical image of the Taranaki region on the west coast of New Zealand's North Island on May 31, 2014. Just above left center in the frame is Mount Egmont, an 8,261-ft. high (2,518 meters) volcano which last erupted in 1860, according to NASA scientists studying the space station imagery.