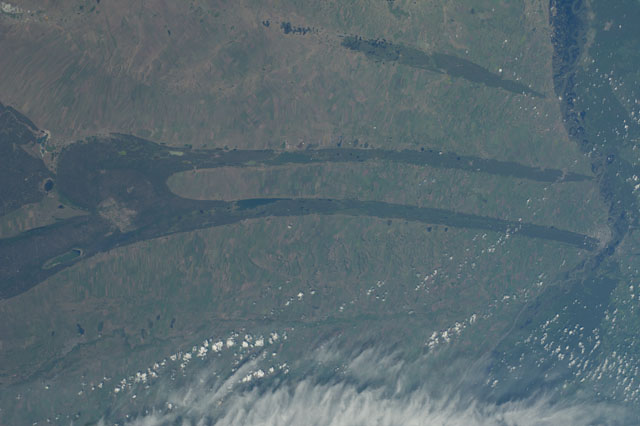 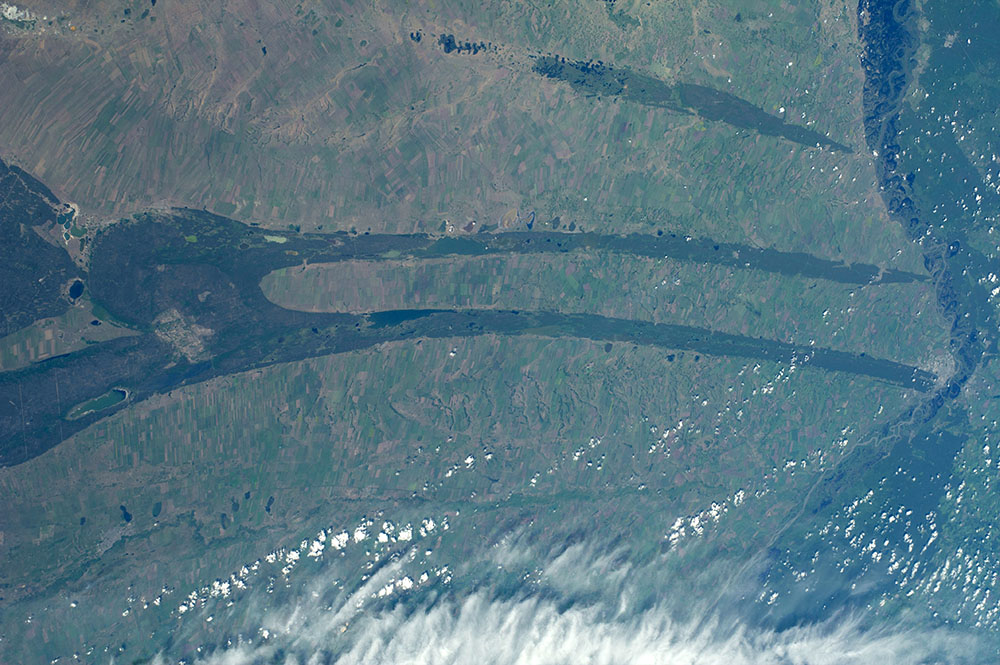 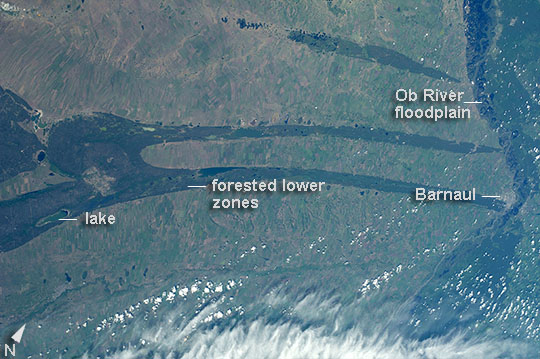 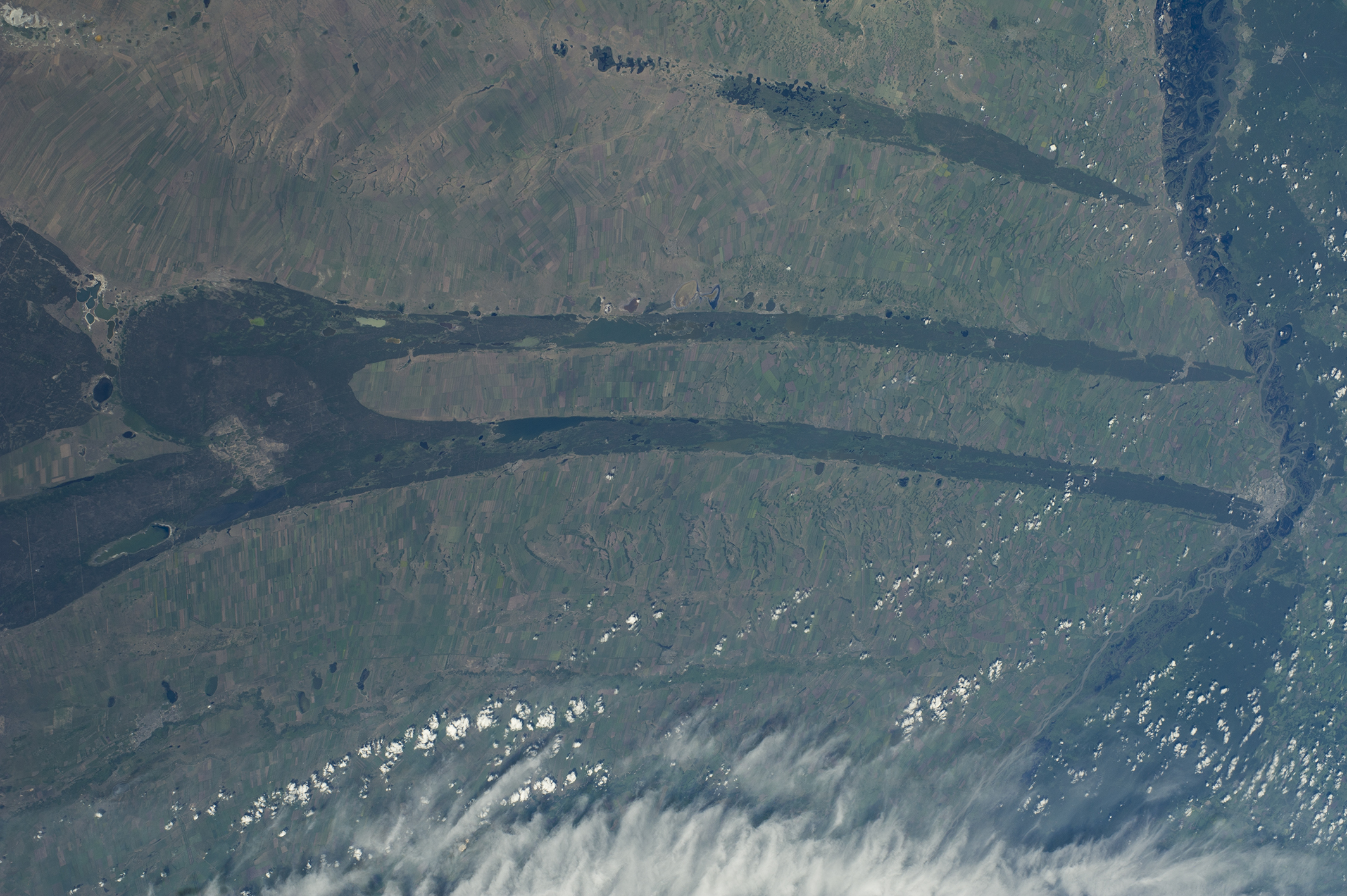 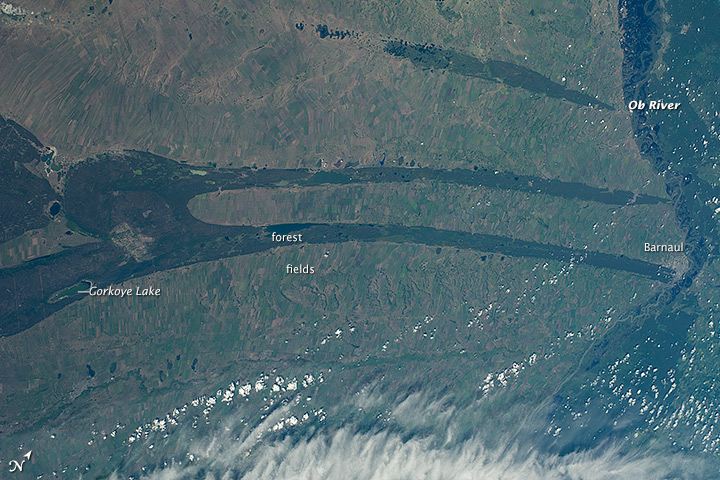 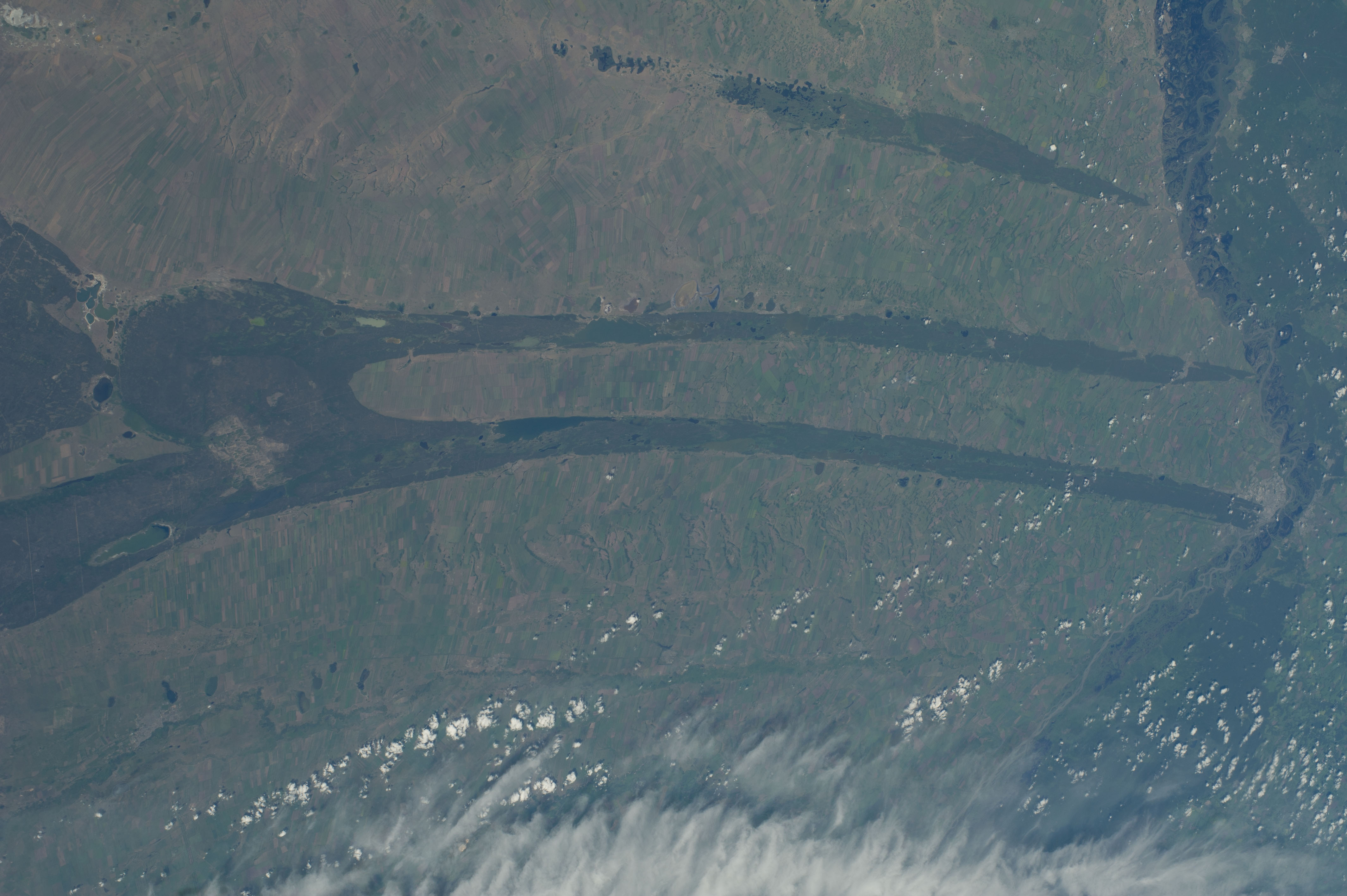 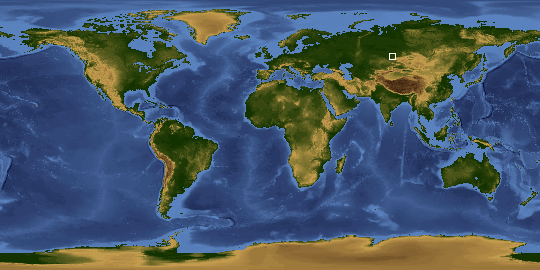 The crew aboard the International Space Station (ISS) called down to Houston to ask for an explanation of this strange pattern of spikes crossing the Kulunda Steppe in central Russia. The "spikes" are a prominent visual feature (image center) visible from the top of the ISS orbit (approximately 52 degrees north), the highest latitude flown over by the space craft. In fact these linear zones are gentle folds in the surface rocks of the area, lying slightly lower than the surrounding lighter-toned agricultural lands. The dark zones are forested with pines and dotted with salt-rich lakes. The image width (left to right edge) represents more than 300 km ground distance, and the forested spikes are nearly that length.

The green floodplain of the famous Ob River (image right) is the westernmost of Siberia's three great rivers (the others being the Yenisei and Lena). The Ob flows north (towards the top of the image) for another 2000 km to the Arctic Ocean. The city of Barnaul (population 612,000), a major center of industry, trade and culture in Siberia, lies on the banks of the river with riverboat, air and rail links to the rest of the country. A broader, winter image of the Kulunda geology and the Ob River can be seen here.