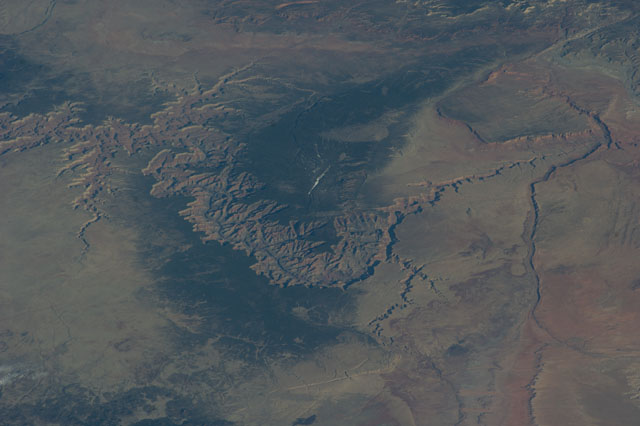 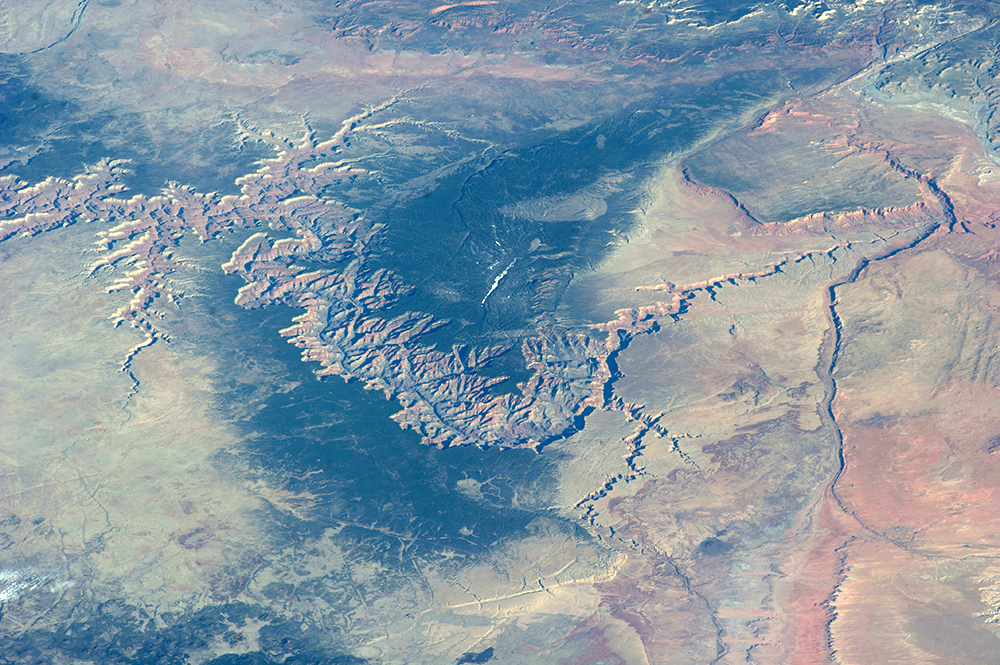 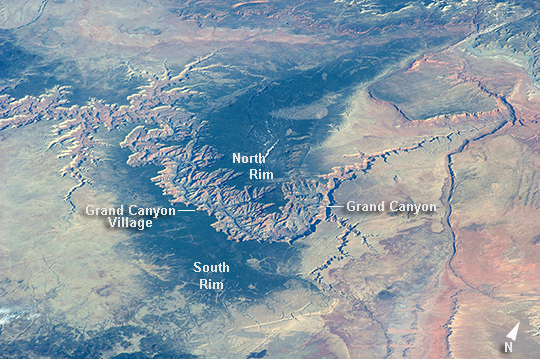 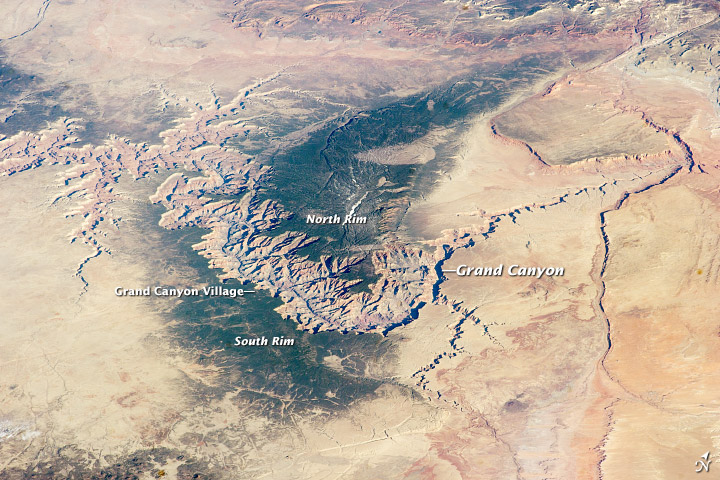 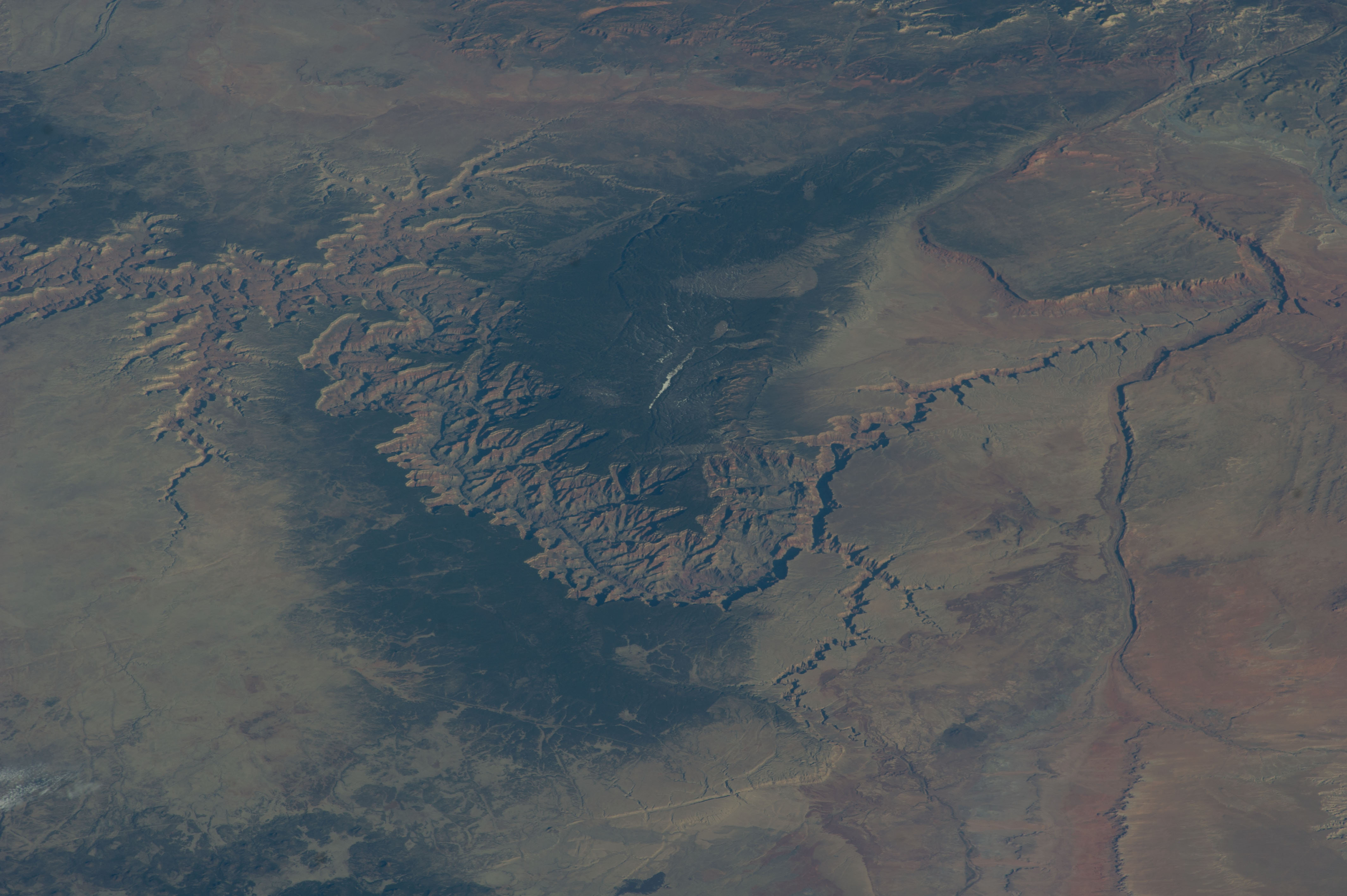 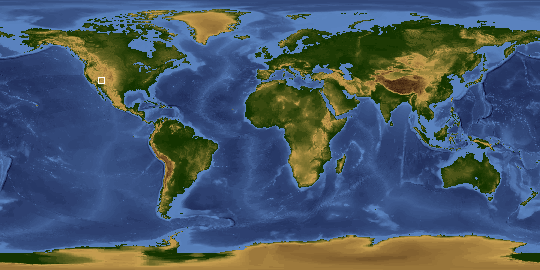 The Grand Canyon in northern Arizona is a favorite for crews on the International Space Station--as well as one of the best known tourist attractions in the world. The steep walls of the Colorado River canyon and its many side canyons make an intricate landscape that contrasts with the dark green forested plateau to the north and to the south. The Colorado River is visible as a darker line snaking along the bottom of the canyon. The river has done all the erosional work of carving away cubic kilometers of rock in a geologically short period of time. The river lies at an altitude of 715 m (2345 feet), thousands of meters below the North and South Rims. Temperatures are furnace-like on the river banks in the summer, but Grand Canyon Village, the classic outlook point for visitors, enjoys a milder climate at an altitude of 2100 m (6890 feet).

The Grand Canyon has become a geologic icon, known as a place where you can almost sense the invisible tectonic forces within the Earth, especially in the astronaut view from orbit. The North and South Rims of the canyon are part of the Kaibab Plateau, a gentle tectonic swell in the landscape outlined in the view by the dark green forested zone. The uplift of the plateau has two visible effects. One indication is the forest. In the drier parts of the world such as much of Arizona, forests usually indicate higher places (higher altitudes are cooler and wetter, conditions that allow trees to grow). The other indication is the canyon itself. Geologists now know that a river can cut a canyon only if the Earth surface rises vertically. If such uplift is not too rapid, a river can maintain its course by eroding huge quantities of rock and forming a canyon.