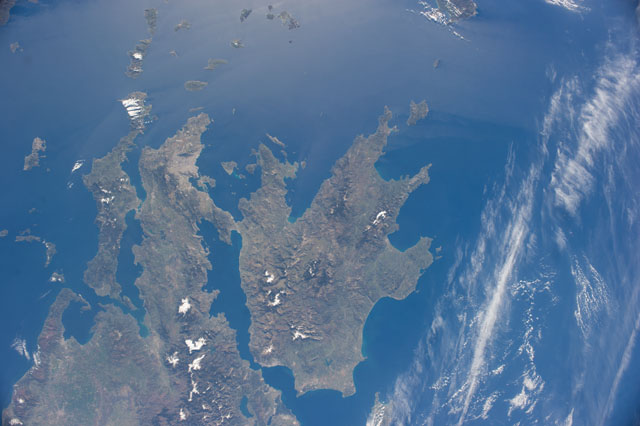 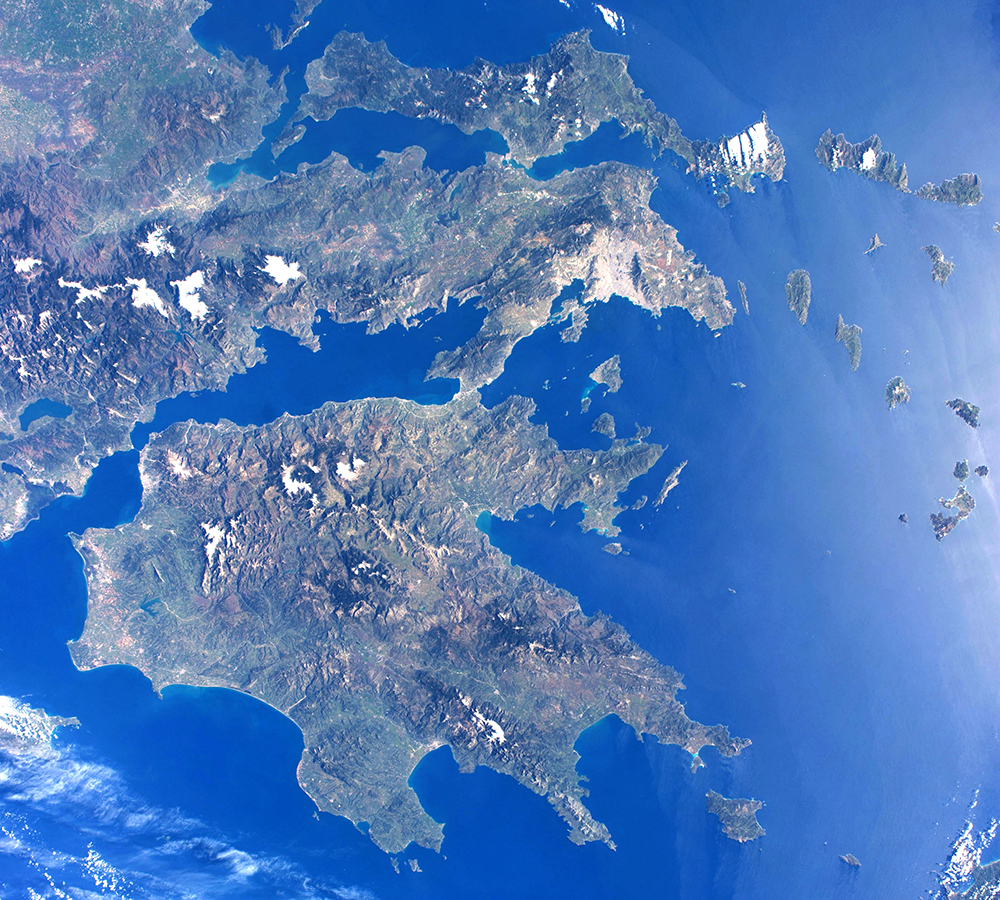 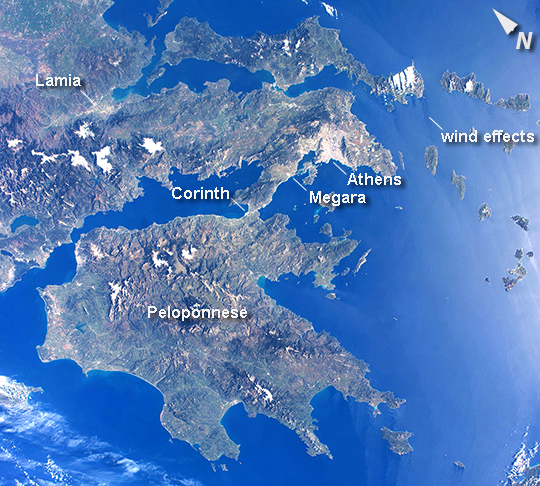 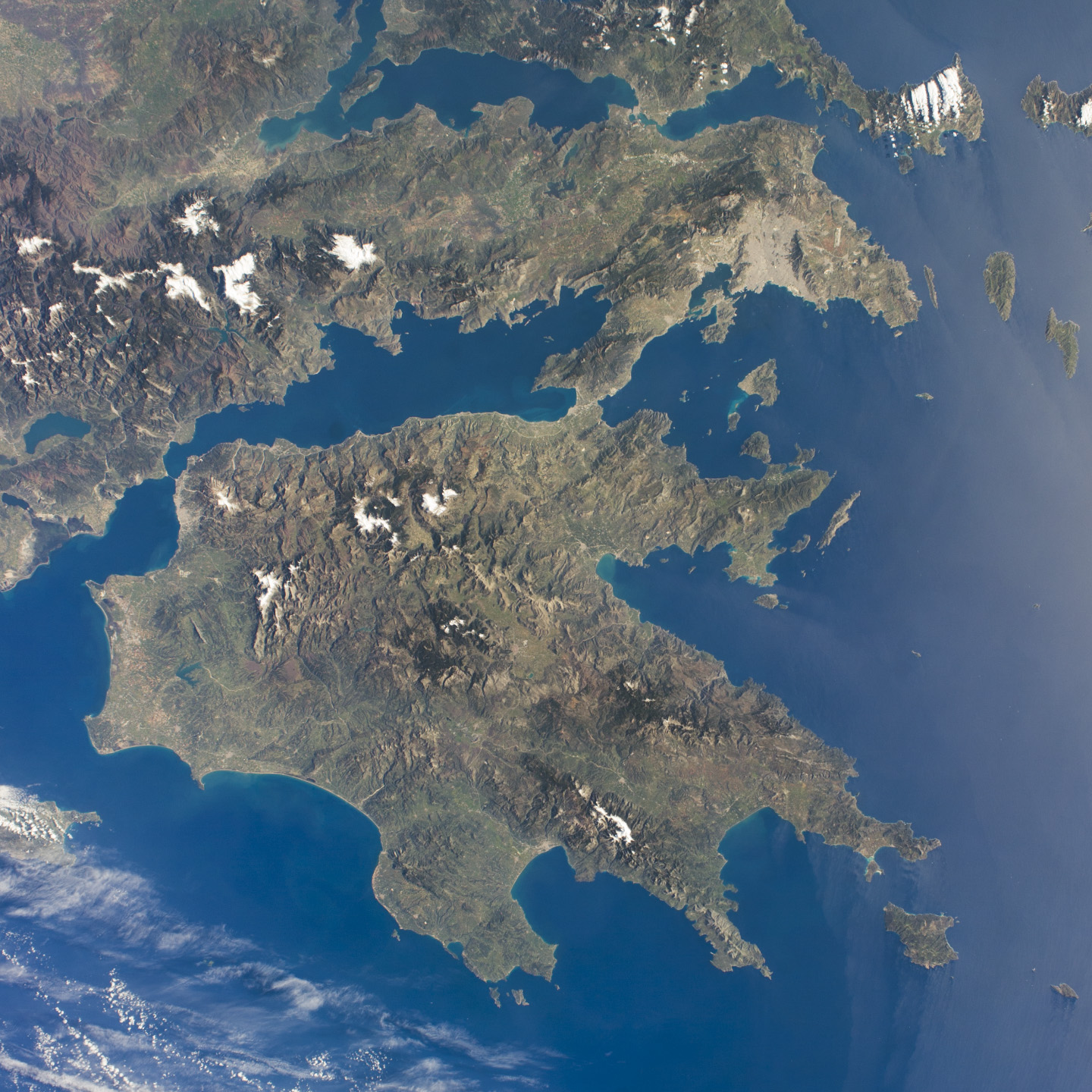 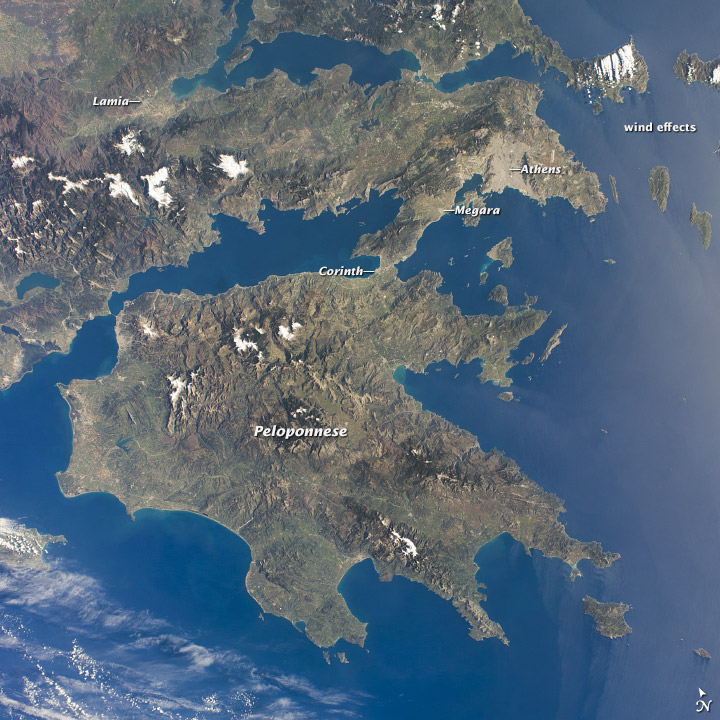 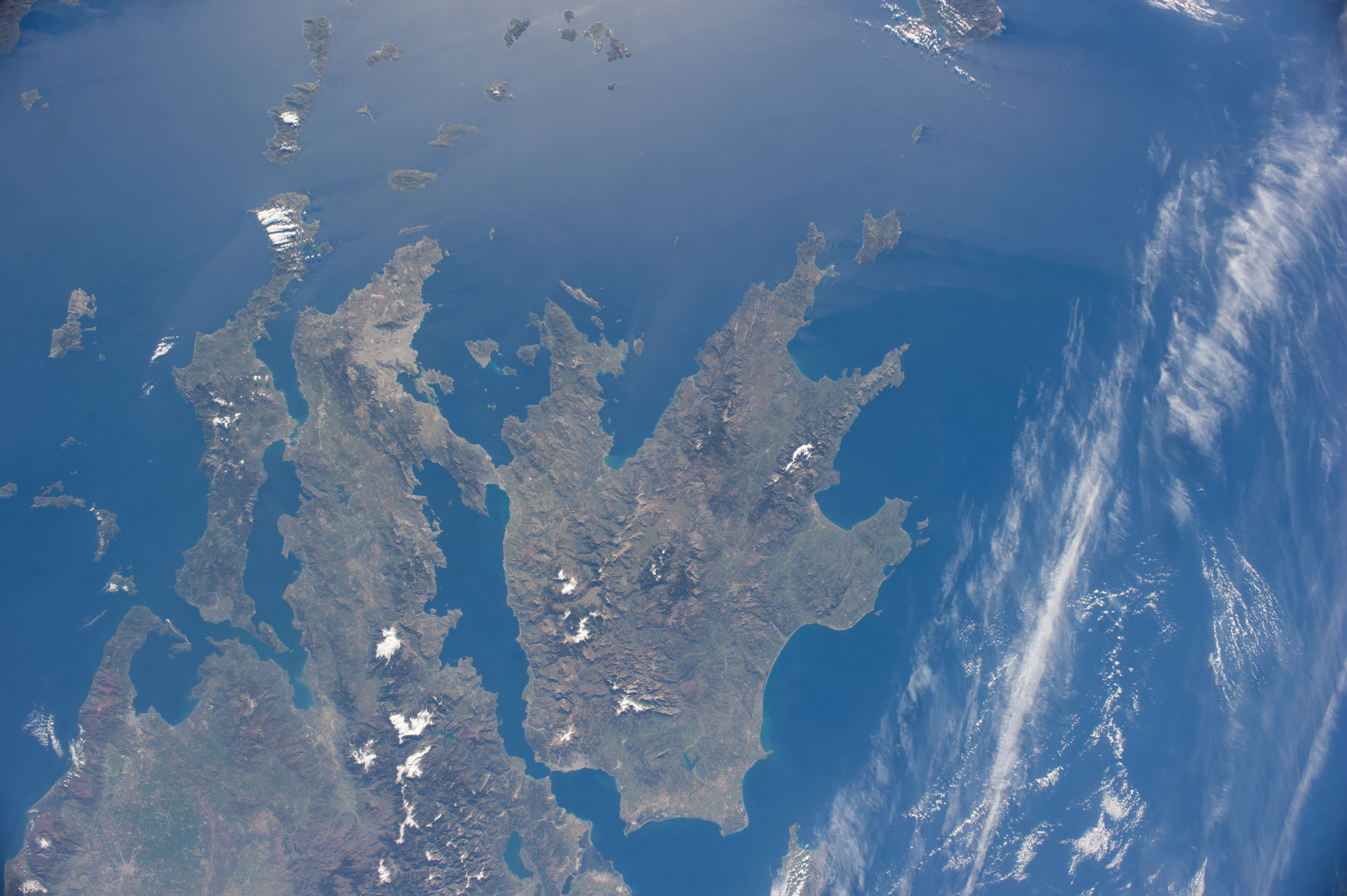 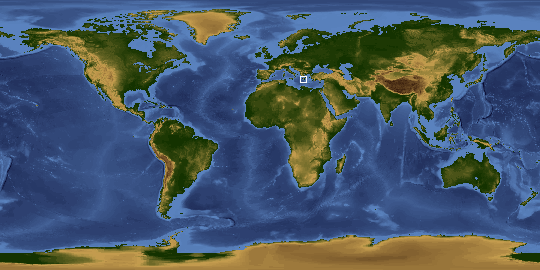 This photo from an astronaut on the International Space Station shows much of the nation of Greece. The urban region of Athens is recognizable due to its size and light tone compared to the surrounding landscape; the smaller cities of Megara and Lamia also stand out. Dark-toned mountains with snow-covered peaks contrast with warmer, greener valleys where agriculture takes place. The intense blue of the Mediterranean Sea fades near the Sun's reflection point along the right side of the image, and numerous wind streaks in the lee of the islands become visible.

The Peloponnese - home in ancient times to the city-state of Sparta - is the great peninsula separated from the mainland by the narrow isthmus of Corinth. Several times over the centuries these narrows have acted as a defensive point against attack from the mainland. More recently in 1893, the narrows provided a point of connection when a ship canal was excavated between the gulfs to the west and to the east.