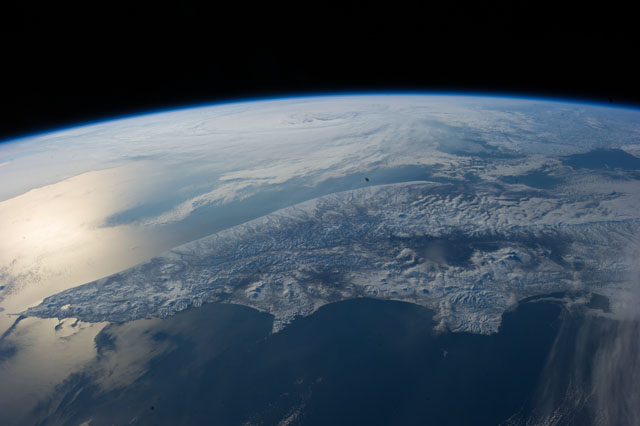 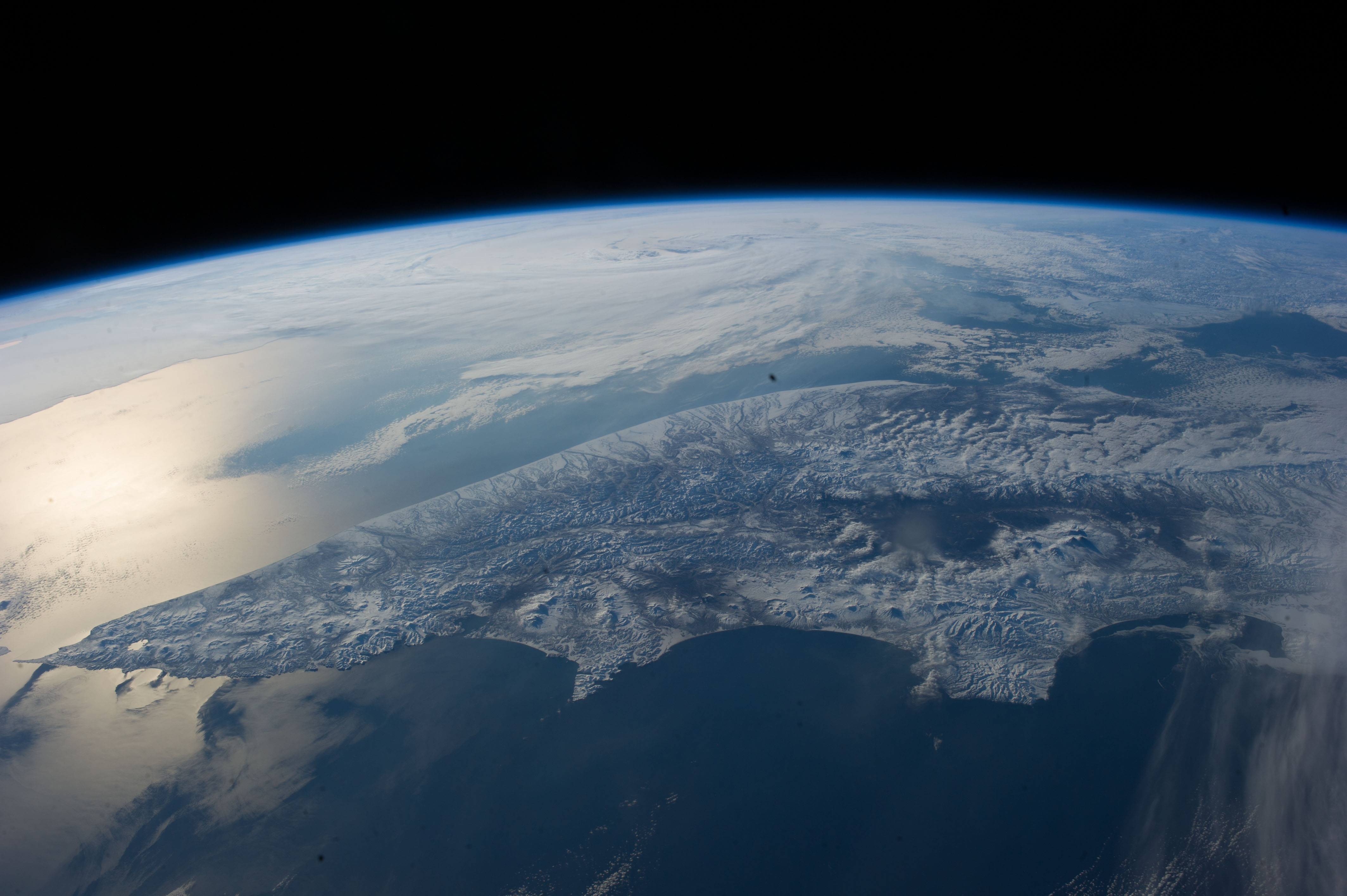 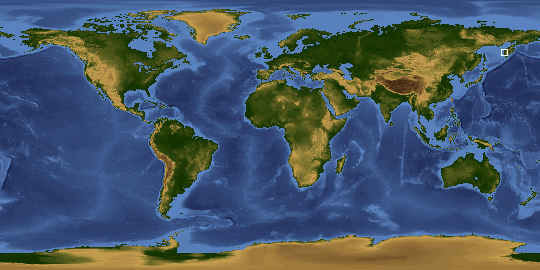 Other options available:
Download Packaged File
Download a Google Earth KML for this Image
View photo footprint information
Image Caption: ISS039-E-014807 (22 April 2014) --- As the International Space Station passed over the Bering Sea on Earth Day, one of the Expedition 39 crew members aboard the orbital outpost shot this
panoramic scene looking toward Russia. The Kamchatka Peninsula can be seen in the foreground.
Sunglint is visible on the left side of the frame.
Only two points of view from Earth orbit were better for taking in this scene than that of the crew member with the camera inside, and those belonged to the two spacewalking astronauts -- Flight Engineers Rick Mastracchio and Steve Swanson of NASA.CATALOGED BY UT-BROWNSVILLE/STARGATE