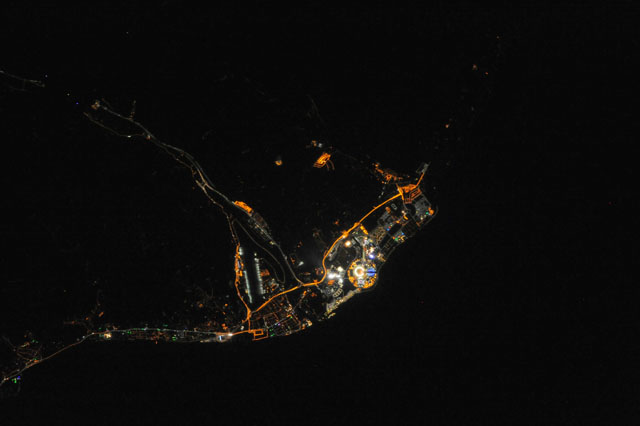 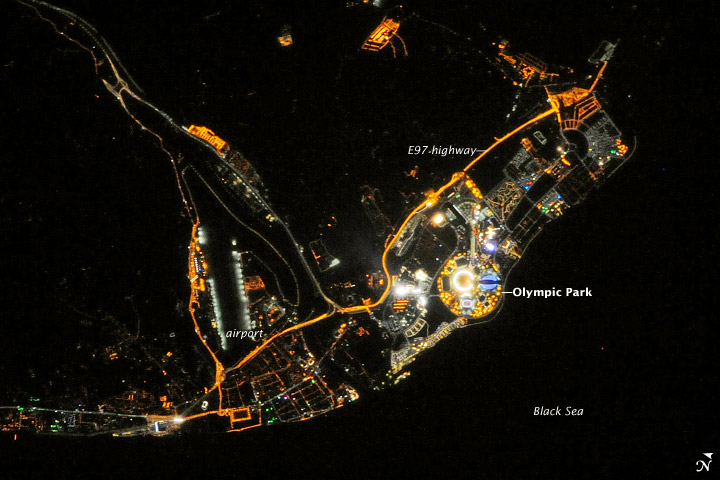 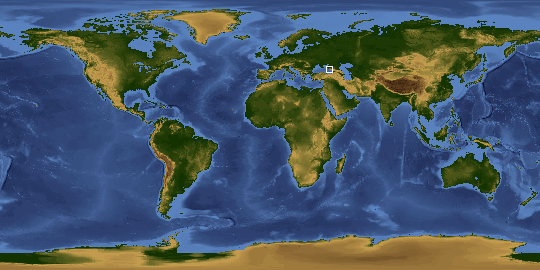 Three months after bearing the Olympic torch outside their orbiting home, the astronauts and cosmonauts on the International Space Station (ISS) got to look down on that flame from above. On the evening of February 10, 2014, an Expedition 38 crew member on the ISS captured this digital photograph of Sochi, Russia, along the coast of the Black Sea.

In the image, the Olympic flame now burns in the circular Medals Plaza, ringed in gold and bright white lighting in the center of the Olympic Park. The oval-shaped Fisht Olympic Stadium is lit in blue and stands near the shore to the south. (Note that south is to the right in the image.) The Adler Arena Skating Center and the Iceberg Skating Palace both appear as black rectangles north and east of the Medals Plaza, and the Bolshoy Ice Dome has a pink tint and stands to the west.

Sochi is a city of nearly 340,000 people in Krasnodar Krai, Russia, near the border between Georgia and Russia. Warmed by the Black Sea and straddling the continents of Europe and Asia, the resort city has a subtropical climate that draws many tourists. It is one of the warmer locations ever chosen for the Winter Games. However, snow coats the slopes of the Caucasus Mountains just 40 kilometers (25 miles) inland. You can see an image of those Olympic slopes here.