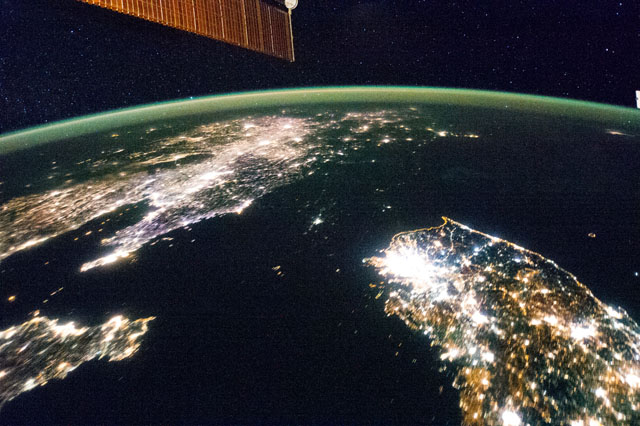 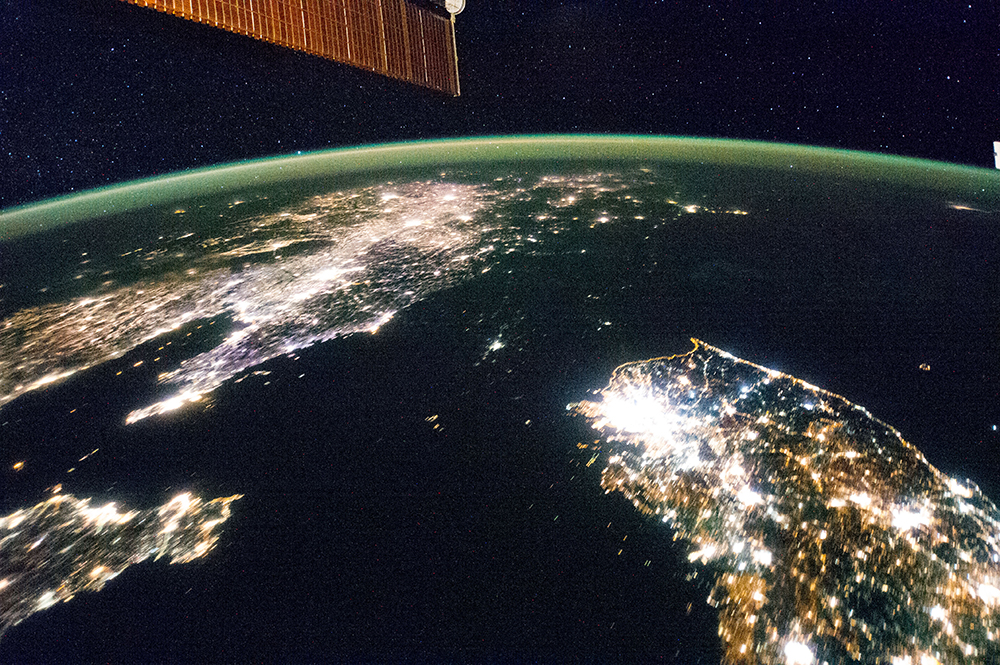 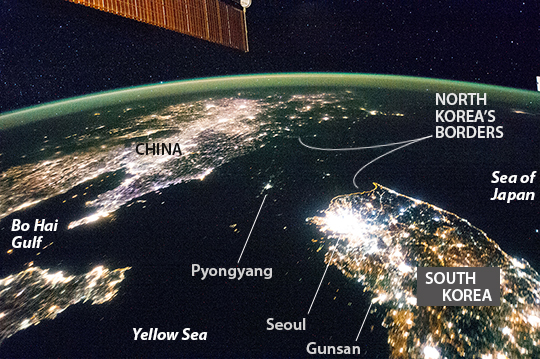 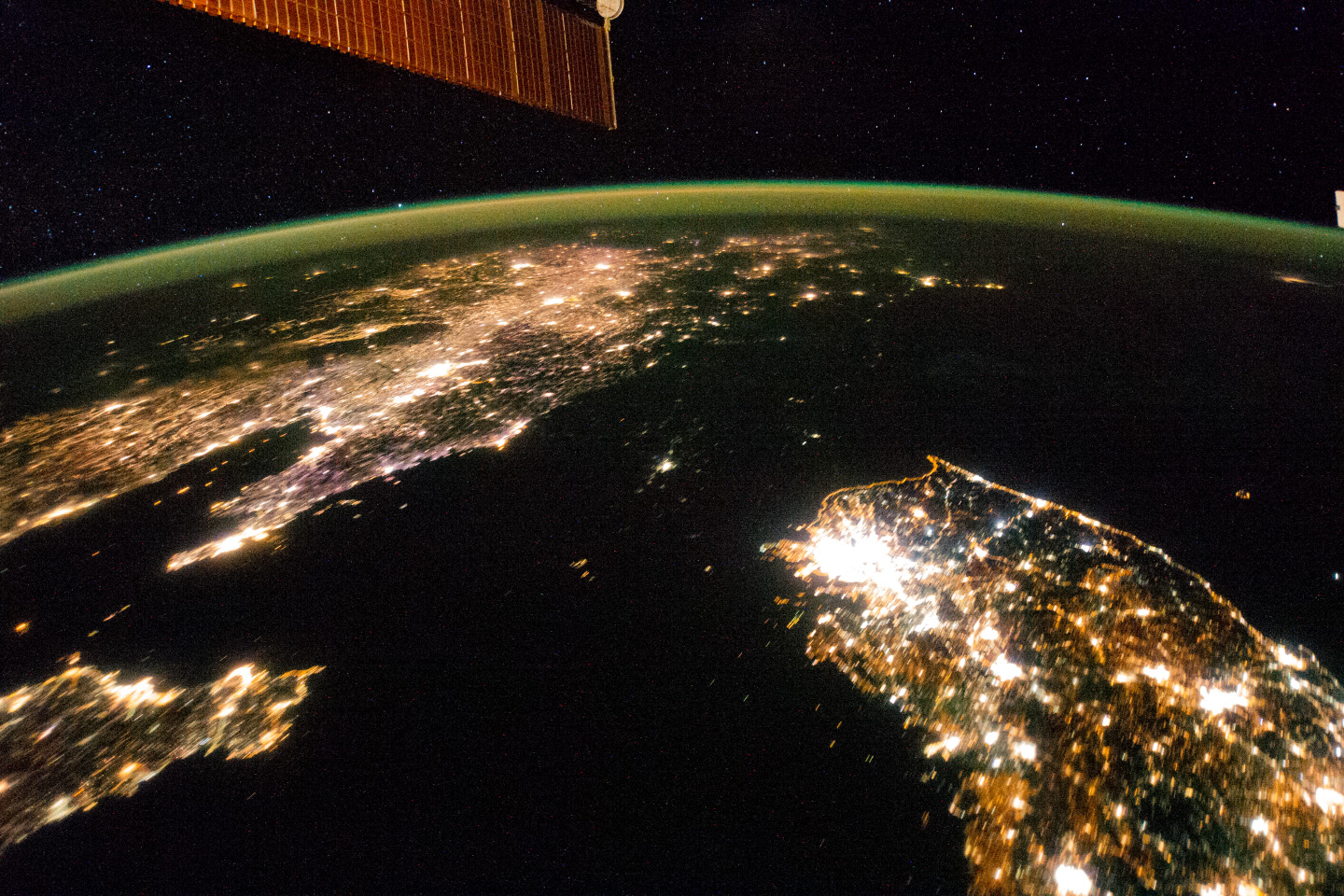 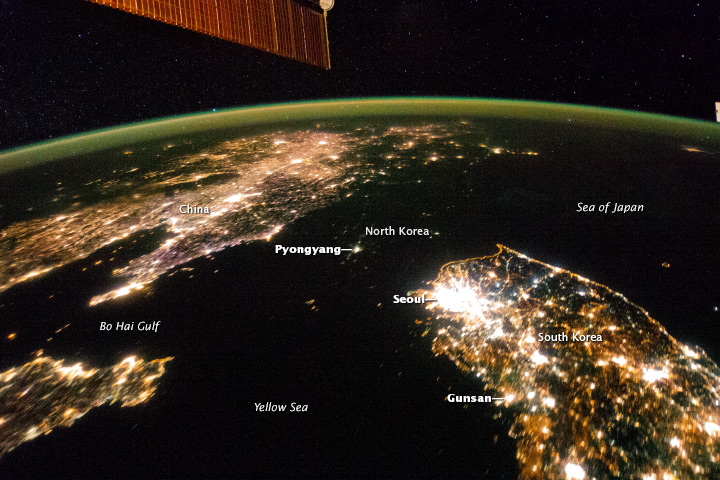 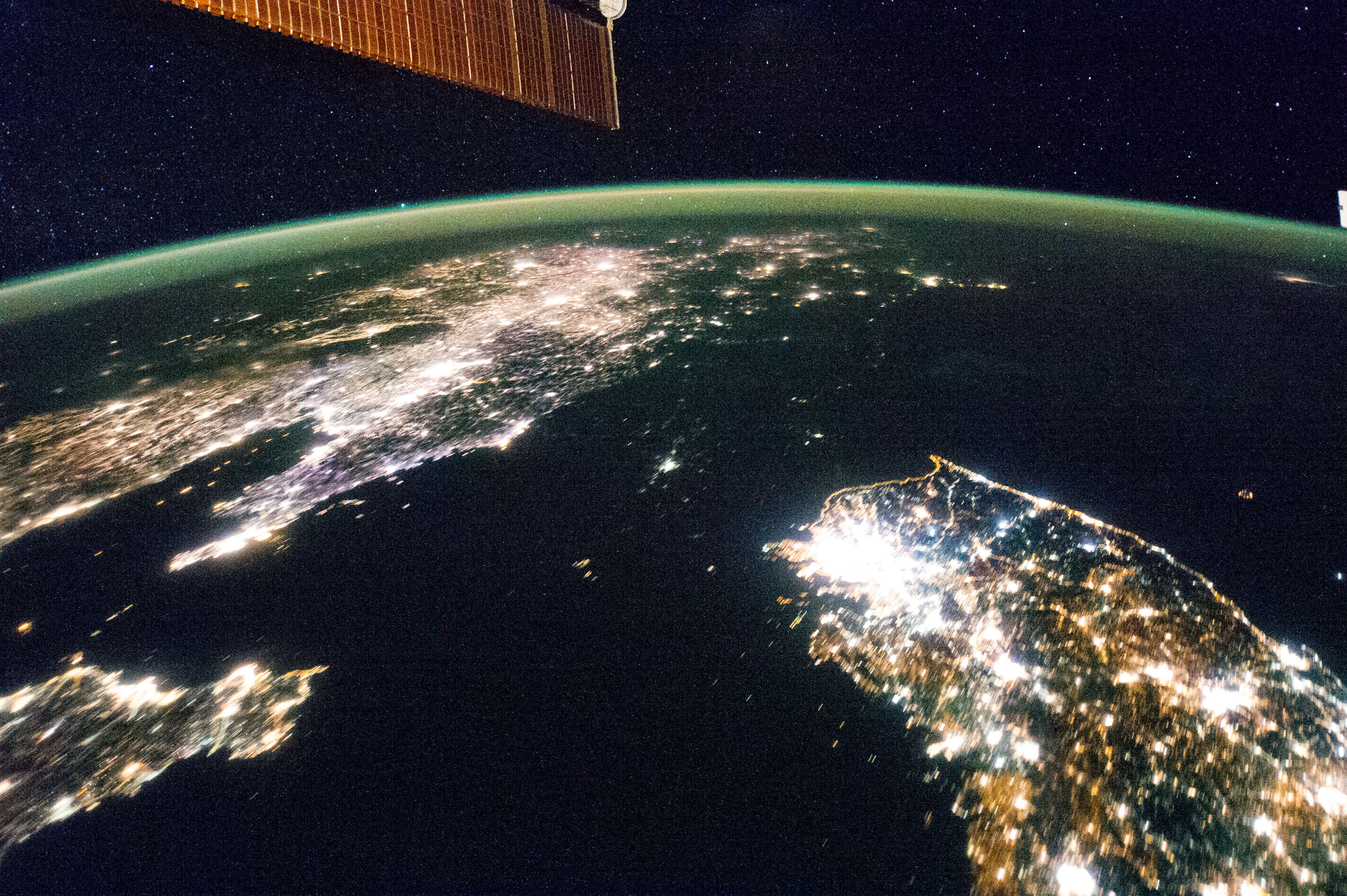 Other options available:
Download Packaged File
Download a Google Earth KML for this Image
View photo footprint information
Download a GeoTIFF for this photo
Image Caption: The Koreas at Night

Flying over East Asia, astronauts on the International Space Station (ISS) took this night image of the Korean Peninsula. Unlike daylight images, city lights at night illustrate dramatically the relative economic importance of cities, as gauged by relative size. In this north-looking view, it is immediately obvious that greater Seoul is a major city and that the port of Gunsan is minor by comparison. There are 25.6 million people in the Seoul metropolitan area - more than half of South Korea's citizens - while Gunsan's population is 280,000.

North Korea is almost completely dark compared to neighboring South Korea and China. The darkened land appears as if it were a patch of water joining the Yellow Sea to the Sea of Japan. Its capital city, Pyongyang, appears like a small island, despite a population of 3.26 million (as of 2008). The light emission from Pyongyang is equivalent to the smaller towns in South Korea.

You can view time-lapse videos of East Asia, as viewed from the ISS on January 30, 2014, by clicking here (standard resolution) and here (high-definition).