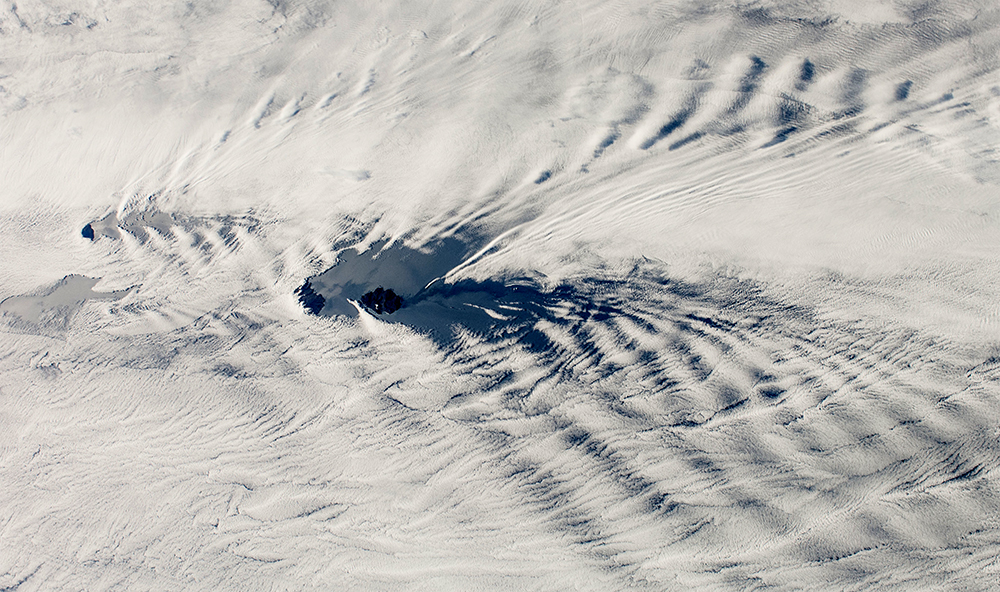 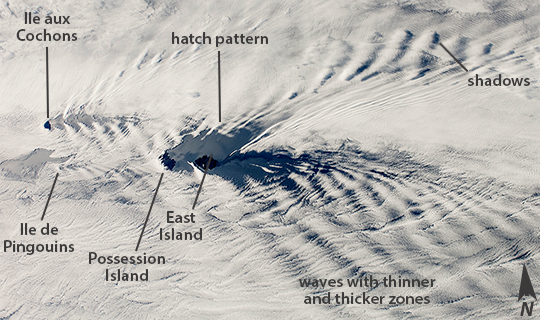 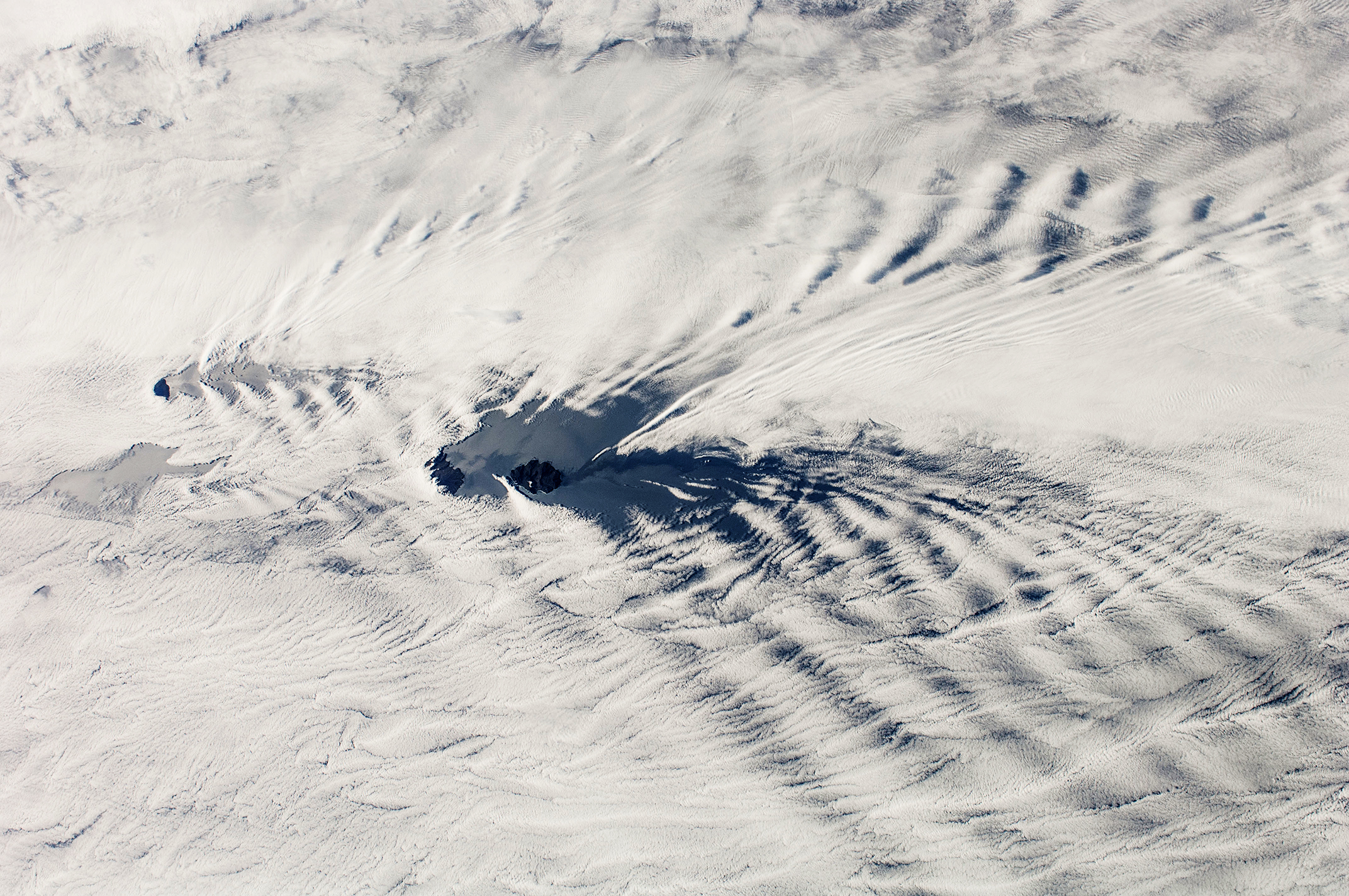 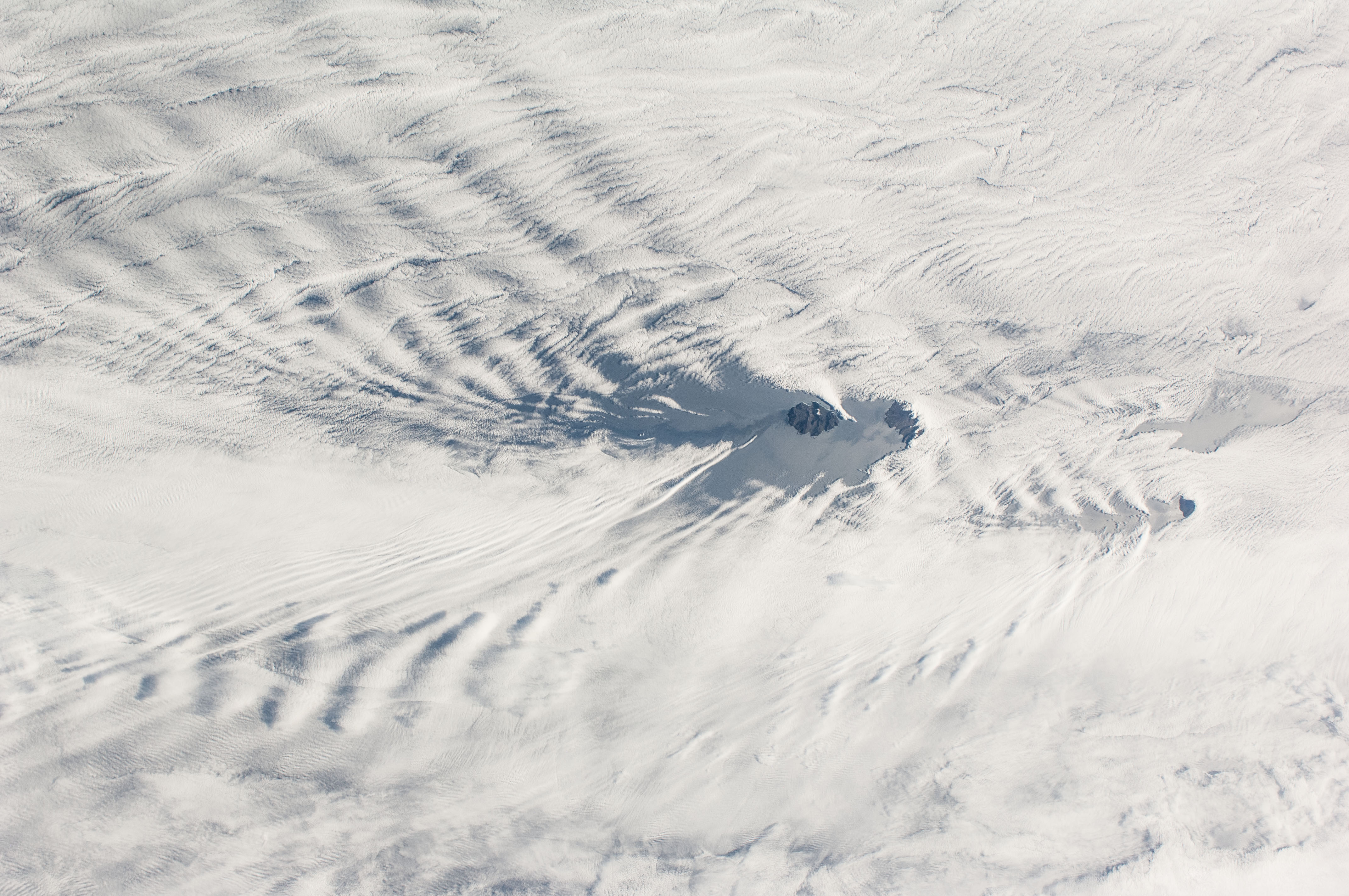 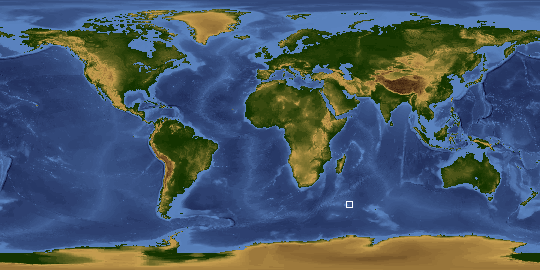 This wide field-of-view image taken by astronauts in the the International Space Station, shows an east-west swath of the southwestern Indian Ocean. Two remote islands, part of the French Southern and Antarctic Lands, appear in the center of the image. Possession Island and East Island are both only 18 km long. A smaller island, Ile aux Cochons (Pigs Island), lies 100 km to the west. Each island has set up V-shaped trains of waves, like bow waves, as the air flows over the islands from the west. The bow-wave patterns are overlaid on the low regional stratus (blanket) cloud that is so common in the southern Indian Ocean at 50ᵒ South latitude.
This view was taken from more than 400 km above the sea surface and reveals relationships that could not be readily understood by someone standing on one of the islands. For example, larger and higher islands produce larger waves. So the largest are being generated by Possession Island (934 m above sea level at the highest point), and East Island, versus much smaller waves developed downwind of the tiny Ile de Pingouins (340 m asl high, invisible below the cloud deck). Other patterns also can be detected. Waves in an upper layer can be seen casting shadows onto a lower layer. In the upper half of the image the waves are making thicker and thinner zones in the clouds of the lower layer. Wave trains from Possession Island and Ile aux Cochons are interacting in a cross-hatch pattern.
Wave clouds generated by Ile aux Cochons were captured by astronauts in 2012 in a more detailed view (taken with a 180 mm focal-length lens, compared with this wide 28 mm lens view).
All three islands in the view have been designated IBA's (Important Bird Areas) because they are breeding sites for numerous species of seabird. Interestingly, the pigs introduced to Ile aux Cochons are now eradicated to help protect the bird habitats. Introduced goats have been eradicated on Possession Island, but rats remain and prey on smaller birds, and these species now nest at higher elevations for protection.