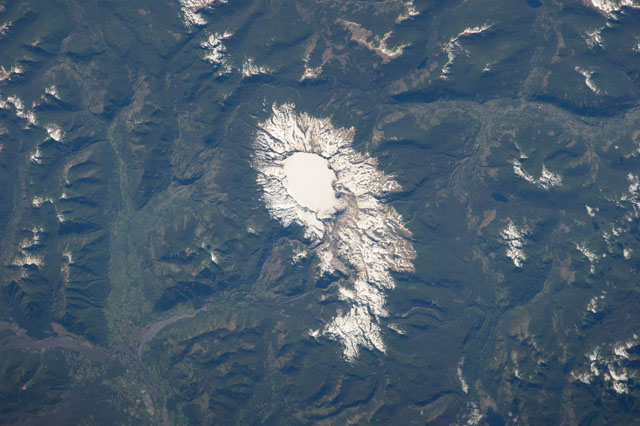 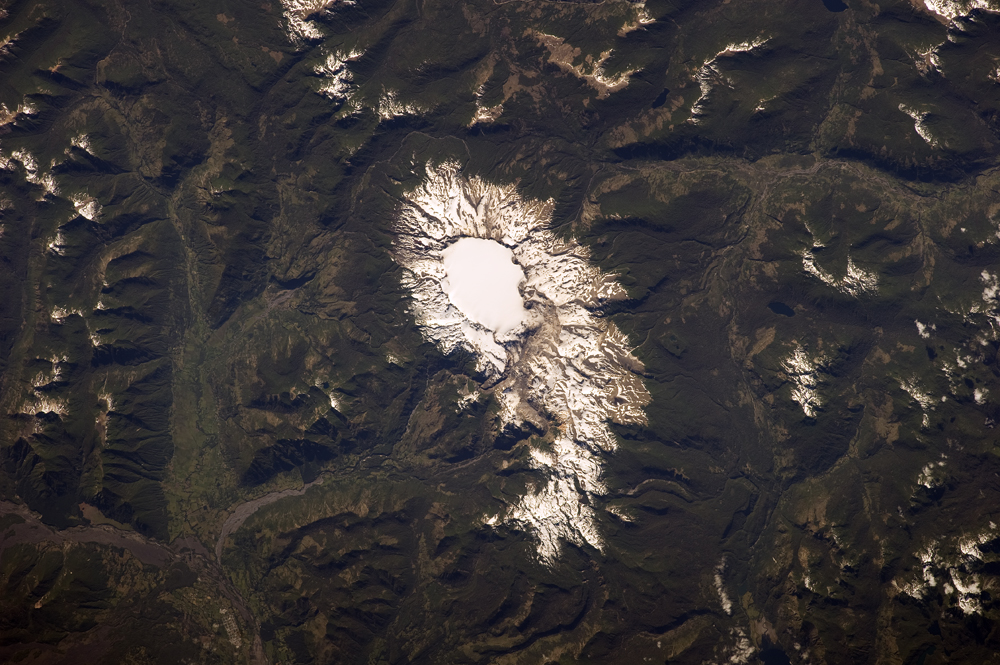 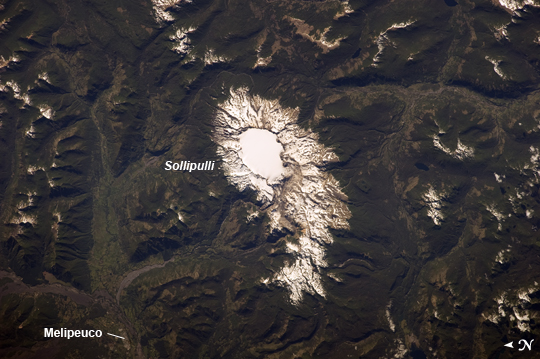 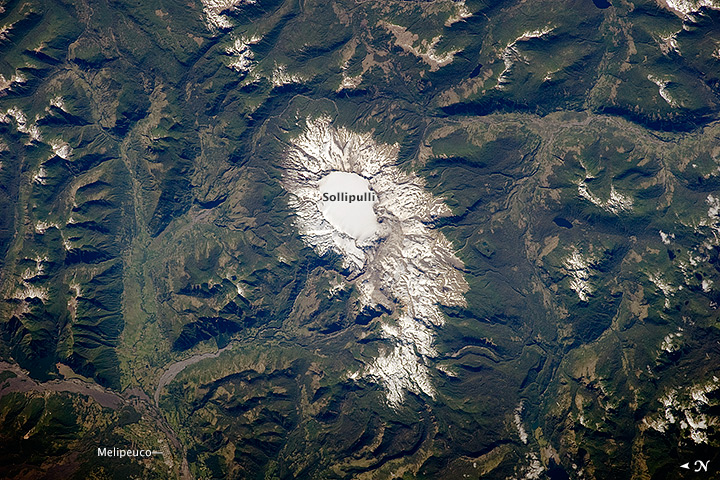 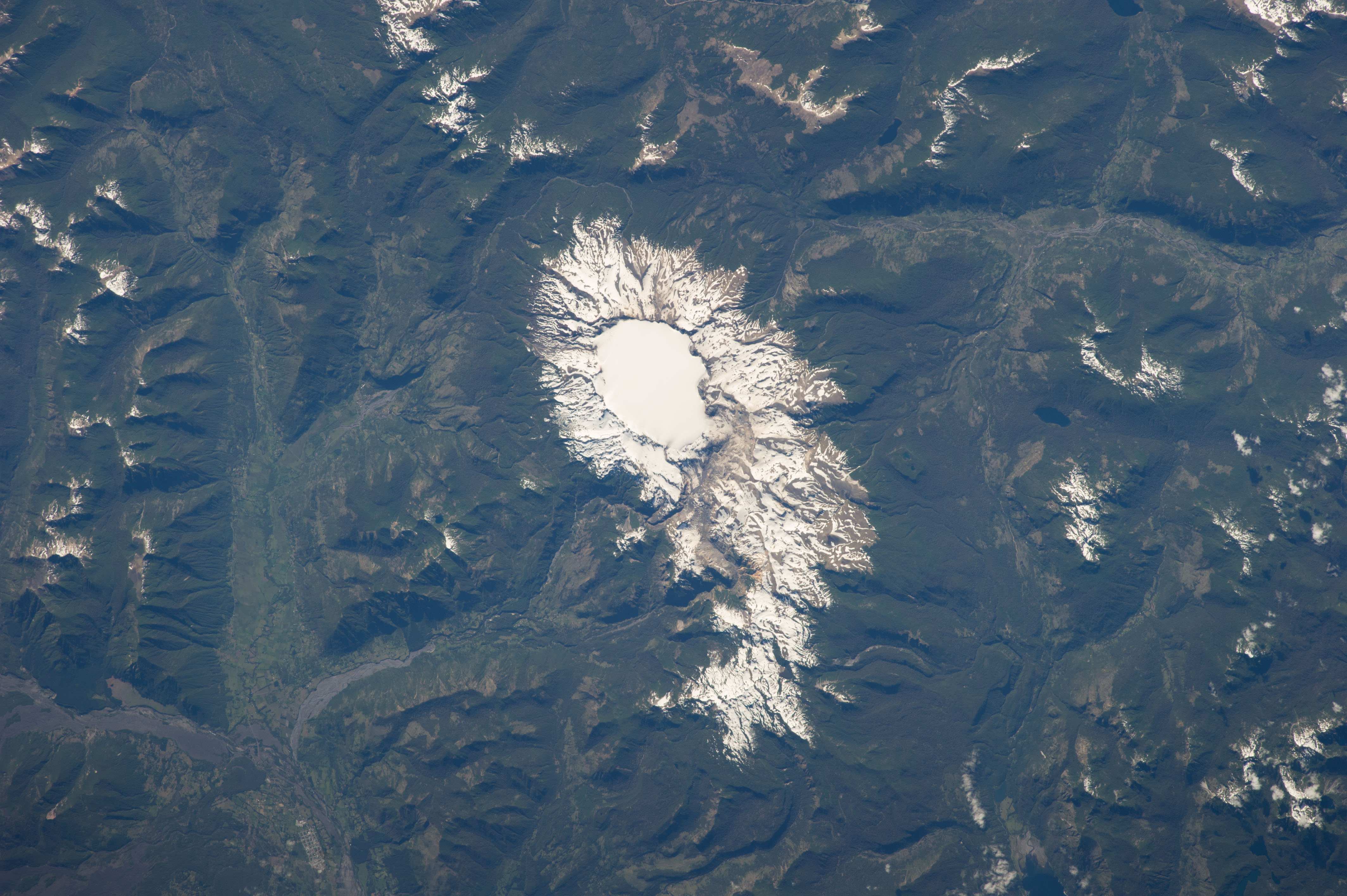 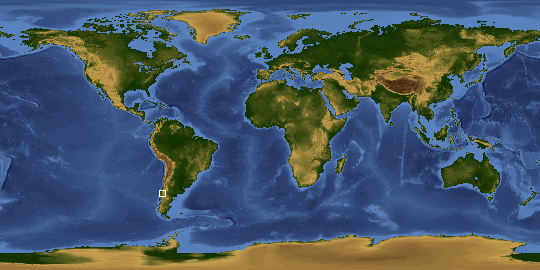 While active volcanoes are obvious targets of interest from the standpoint of natural hazards, there are some dormant volcanoes that nevertheless warrant concern due to their geologic history of activity. One such volcano is Sollipulli, located in central Chile near the border with Argentina in the southern Andes Mountains of South America. The volcano is located within the Parque Nacional Villarica of Chile. This astronaut photograph from the International Space Station highlights the summit (2282 meters above sea level) of the volcano and the bare slopes above the tree line. Lower elevations are covered with the green forests indicative of Southern Hemisphere summer.

The summit of the volcano is occupied by a 4 kilometer wide caldera, currently filled with a snow-covered glacier (image center). While most calderas form following violent explosive eruptions, the types of volcanic rock and deposits associated with such an event have not been found at Sollipulli. The geologic evidence does indicate explosive activity 2900 years before present, and production of lava flows approximately 700 years before present. Together with craters and scoria cones located along the outer flanks of the caldera, this history suggests that Sollipulli could experience violent eruptions again, presenting an immediate potential hazard to such towns as Melipeuco in addition to the greater region.